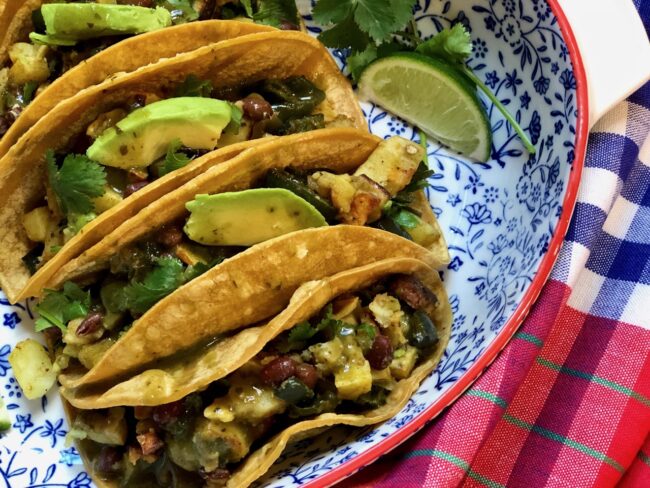 So our January and February plan to diet during those months did not materialize.  But now it’s almost March, and we’re starting over.

Despite being a gentleman of a certain age, Tom has a list (short) of foods he doesn’t like, and for some reason, sweet potatoes are on that list.  He refused even to taste them.  This recipe sounded great to me, so Tom agreed to have a teeny, tiny bite.  And he loved it!

Have you ever wondered (like me) what the difference is between yams and sweet potatoes?

Here is a link to a good explanation from The Spruce Eats:  “Many times the names ‘sweet potato’ and ‘yam’ are used interchangeably in conversation, in cooking and even at the supermarket, but they are two different vegetables.  Although they are both root vegetables, they belong to two different plant families — the sweet potato is from the morning glory family while the yam is related to the lily.”

And from The Kitchn:  “There are many varieties of sweet potatoes, which come from the morning glory family.  Skin color can be white, yellow, red, purple, or brown, while the flesh can be white, yellow, orange, or even orange-red. These vegetables have an elongated shape with tapered ends.”

So, there you go!  Hopefully, your grocer has labeled them correctly.

About the poblano chiles, do not fear the heat!  These chiles are actually near the bottom of the Scoville Heat Scale and are far less than a jalapeño.  Plus, the roasting gives them a nice char and mellow flavor. 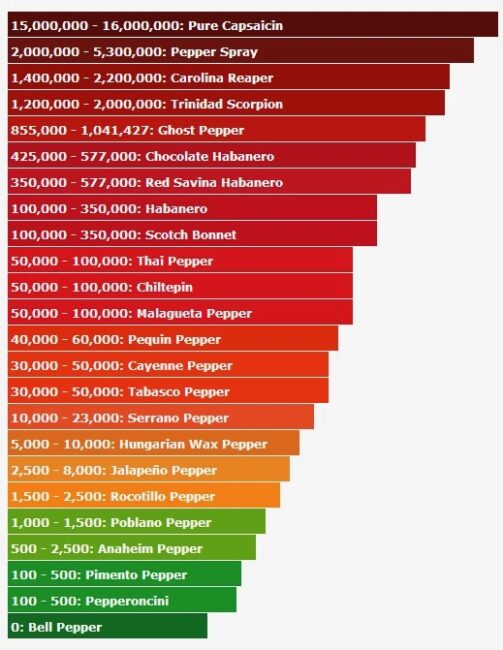 You will need two rimmed baking sheets for roasting the sweet potatoes and poblanos, and a large bowl for tossing them together.  The original recipe called for two pounds of sweet potatoes and four poblanos, which made a ton of filling for two people.  We had it for lunch the next day, and I still had enough to make a frittata.

Warm the caramelized veggies with just a hint of heat from the poblanos and a touch of spice from the cumin.  Add black beans for some extra protein and healthy fat from the avocado.  Taco Tuesday, meet Meatless Monday. 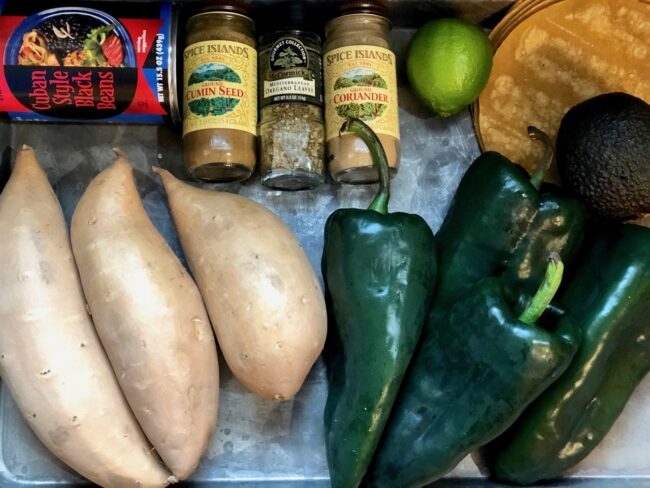 Adjust your oven racks to upper-middle and lower, so there is space between the two baking sheets.  Preheat oven to 450°F.  Line two rimmed baking sheets with foil and brush lightly with olive oil so the sweet potatoes won’t stick as much.

In a small bowl, whisk 4 tablespoons olive oil, the garlic, cumin, coriander, oregano, ½ teaspoon salt, and ½ teaspoon pepper together.  In a large bowl, toss the potatoes and poblano chiles together, then stir in the olive oil mixture to coat. 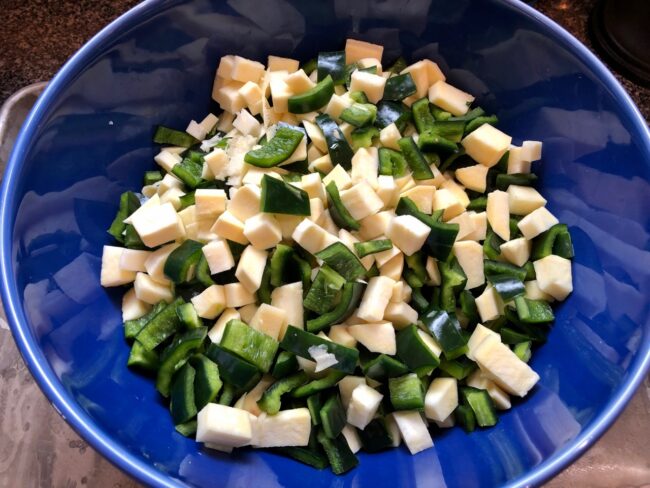 Spread the veggies on the prepared baking sheets in an even layer (don’t crowd them or they will steam rather than roast).  Set the bowl aside; do not rinse. 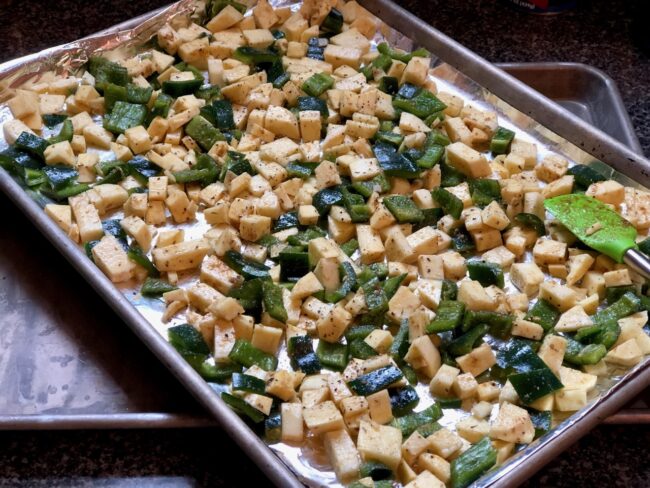 Roast until tender, golden brown and beginning to caramelize on the edges, stirring about halfway through, 30-35 minutes. 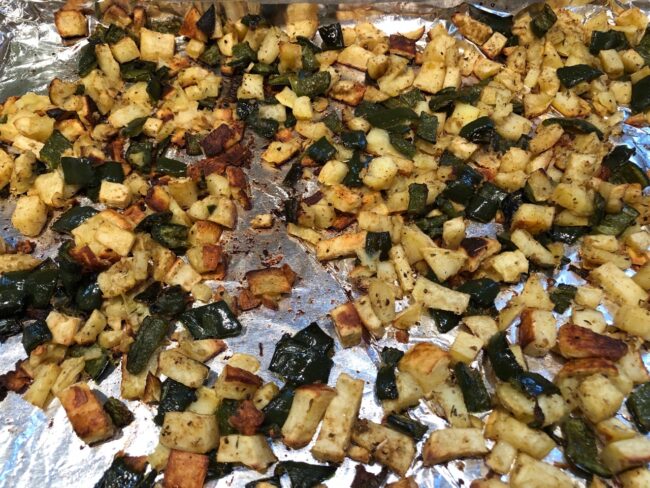 Meanwhile, in the same large bowl, combine the black beans, cilantro, and half the avocado.  Gently toss the roasted veggies with the bean mixture and season to taste with salt and pepper. 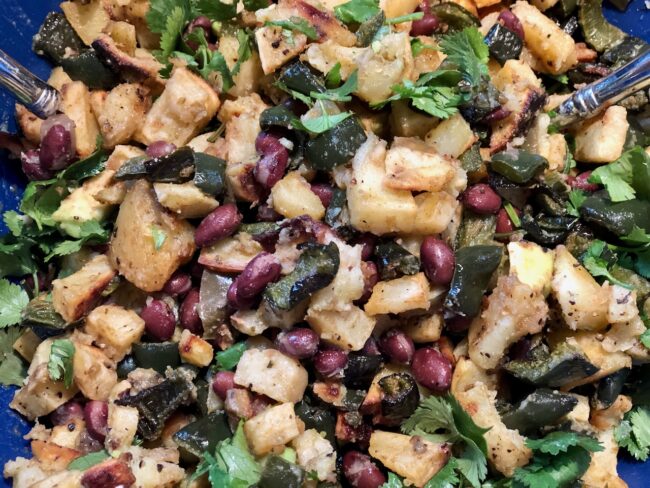 Divide the vegetable mixture among the warm tortillas and finish with a squeeze of lime to brighten the flavors. 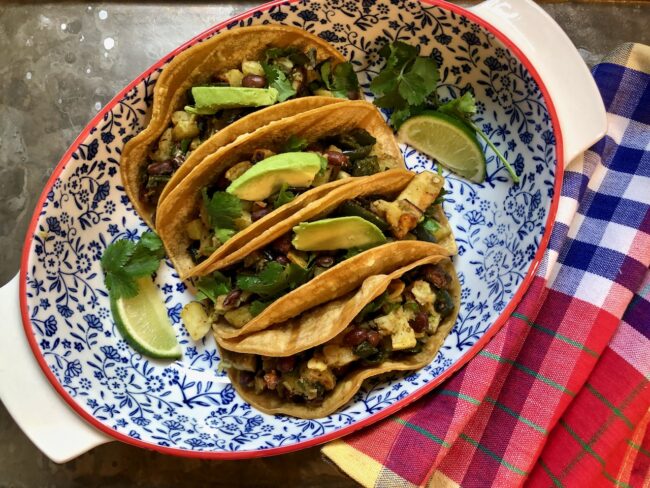 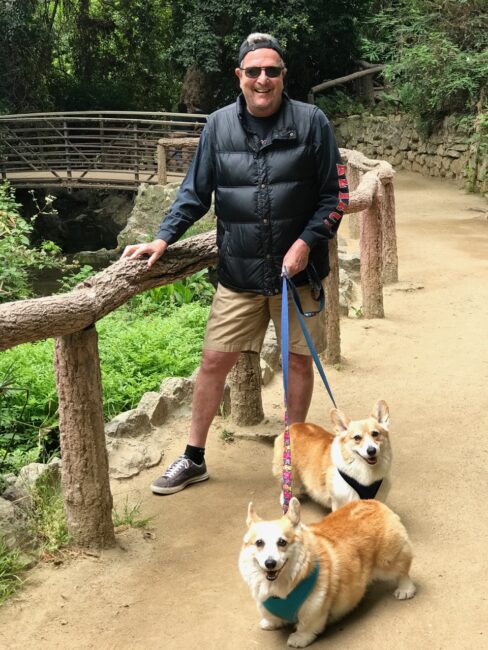 If it ever stops raining, we’ll head back outside and hit the trails. 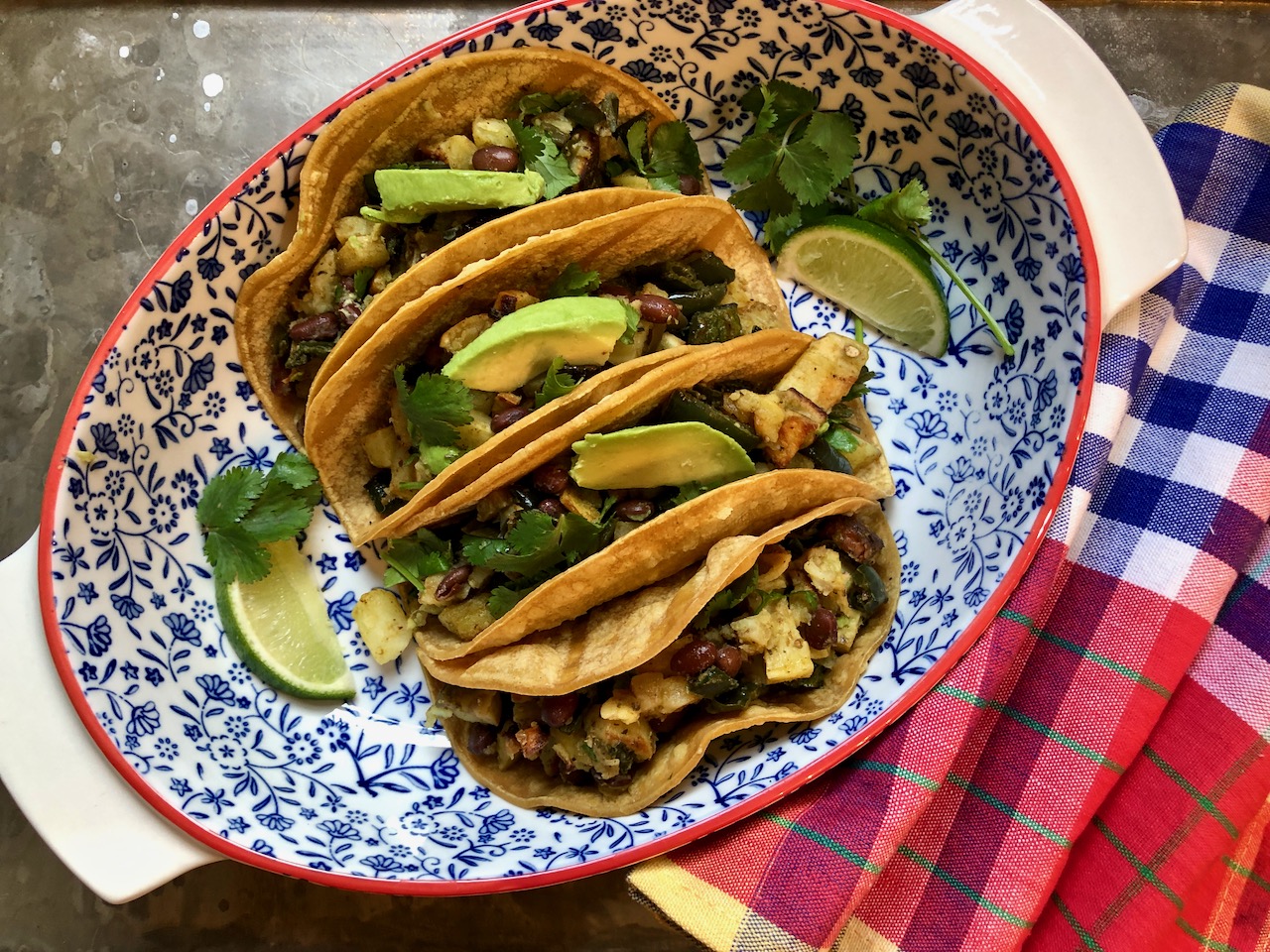