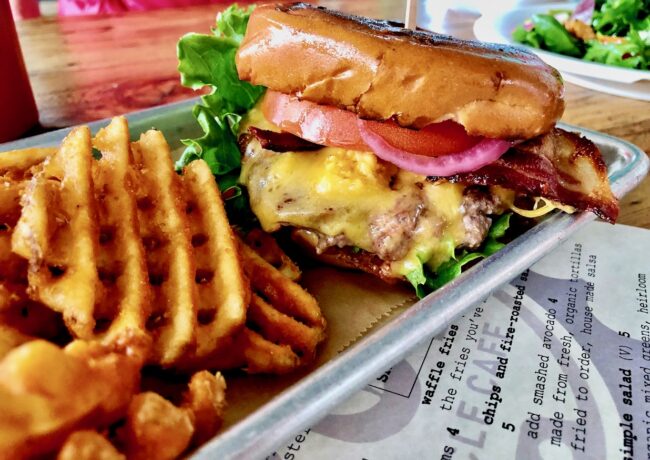 Pasadena, CA: The City Where The Cheeseburger Was Invented

I’m proud to hail from the city that is home to the Rose Parade and the “Granddaddy Of Them All,” the Rose Bowl Game. 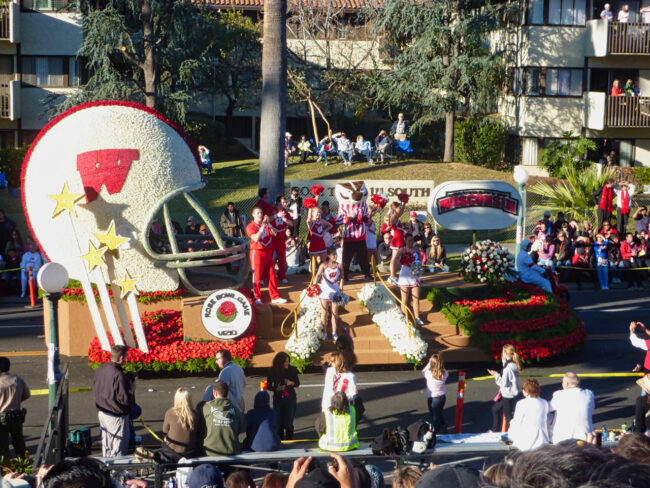 However, the historic event that solidifies Pasadena, California, as an American treasure, is that my hometown is where an iconic food item, loved by most people around the world who have ever tried it, received its start. Yes, Pasadena is where the cheeseburger was invented!

Nearly 100 years ago, in January of 1924, a transient, excited to have come upon 15 cents, visited the Rite-Spot in Pasadena and asked for a “hamburger with everything on it.”  The line cook at his dad’s roadside stand, Lionel Sternberger (he should have changed it to Sternburger), started to add numerous ingredients to the burger, including cheese. Soon, the Rite-Spot’s menu included what was called the “The Aristocratic Burger: The Original Hamburger With Cheese.”  It soon became a sensation, and people from far and wide traveled to the Rite-Spot wanting to order the now famous Aristocratic Burger. 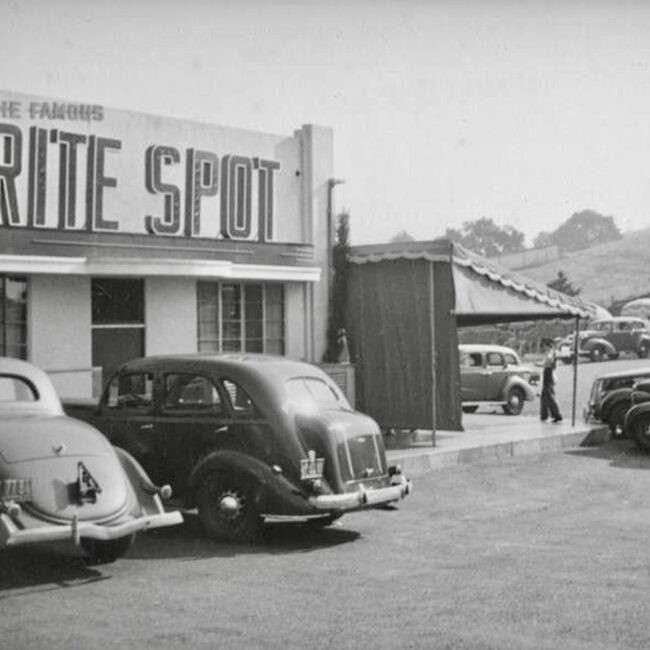 Other cities have tried to claim they invented the cheeseburger, Kaelin’s Restaurant in Louisville, Kentucky and Humpty Dumpty Drive-In in Denver, Colorado), but their cheeseburgers date from the 1930s. Today, a plaque is placed where the Rite-Spot in Pasadena used to stand (now the LA Financial Credit Union building).

In recognition of this momentous event, one week in January is designated as “Pasadena Cheeseburger Week.” Here are a few of the best cheeseburgers we’ve tasted (a list that will be updated every January as long as my arteries hold out). Hopefully, these establishments will have you yelling, “Cheeseburger! Cheeseburger!”

I must start with the most famous cheeseburger in Pasadena, the one from Pie ’N Burger.  Pie ’N Burger has been a staple in Pasadena for 58 years. Its current owner, Michael Osborn, first ate here as a nine-year-old and started working at the restaurant as a part-time line cook while studying dentistry at USC. 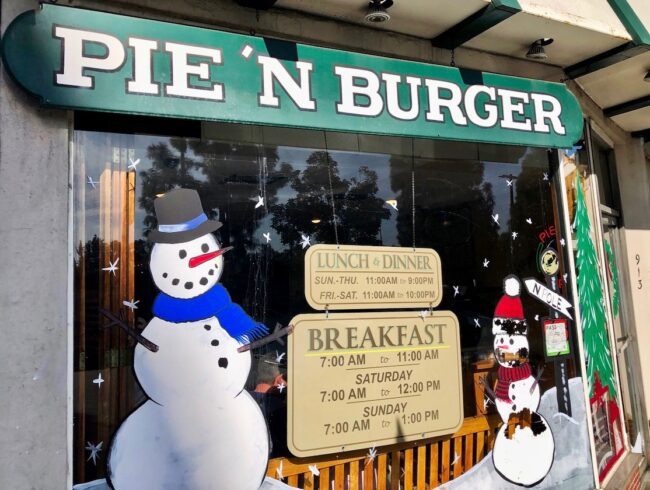 In many ways, Pie ’N Burger resembles the old soda shop (aka the Malt Shop) where the Nelson boys would hang out on Ozzie & Harriet (younger subscribers check out Google). I credit Pie ’N Burger for reconnecting me with my childhood affinity for Thousand Island dressing, which for some reason I eschewed as an adult.

The Pie ‘N Burger cheeseburger is made from a quarter pound of fresh beef, cooked on the griddle and served with their homemade (delicious) Thousand Island dressing, lettuce, tomato and cheese (I hold the pickles, it’s one of the only food items in the world I try never to eat). After 58 years being in business, the cheeseburger is as tasty as ever. 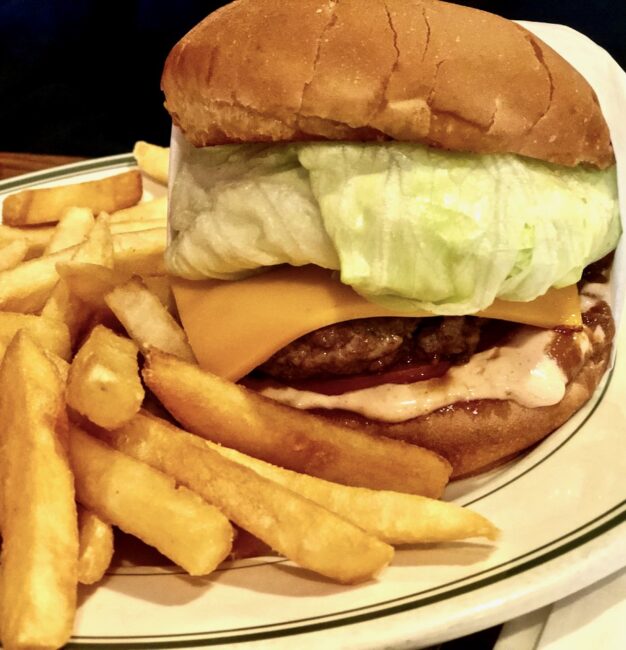 Oh, I also highly recommend you get one of their shakes, still made in those metal cups I remember from my childhood. My soft-serve cherry shake brought me back to when I was a kid, a time when drinking one of these wouldn’t put five extra pounds on me. 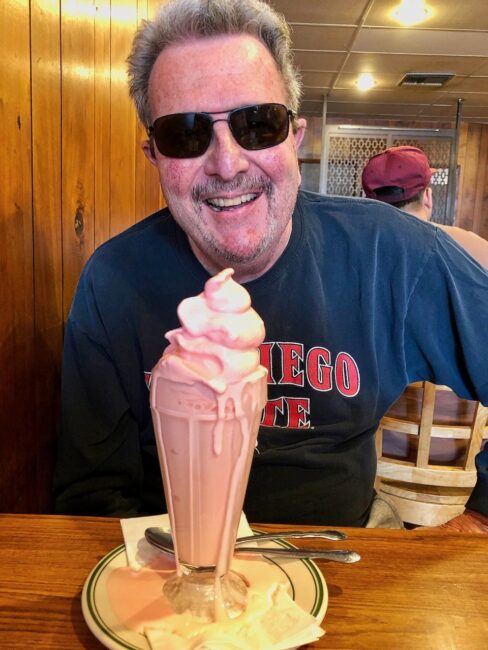 Speaking of being a kid, it wouldn’t be a special Sunday without a trip to Bob’s Big Boy on Colorado Blvd. It was, and still is, one of my favorite burgers in the world. That, combined with the car hop service, made Bob’s a Sunday ritual for us. (Photo from 1956 courtesy Martin Turnbull.) 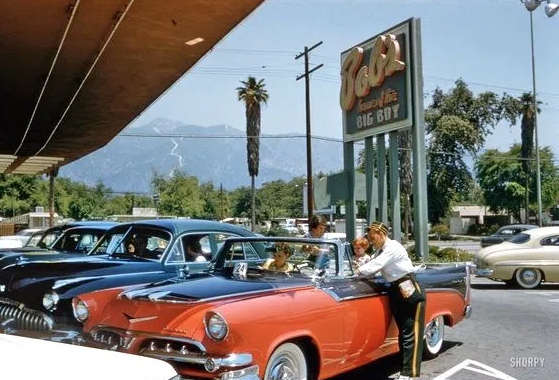 Our two Pasadena Bob’s are long gone, but we still have the oldest remaining Bob’s in existence located just a short distance away. Early last year, before indoor dining became just a sweet memory, we made a trip to nearby Toluca Lake to the restaurant that was built in 1949. 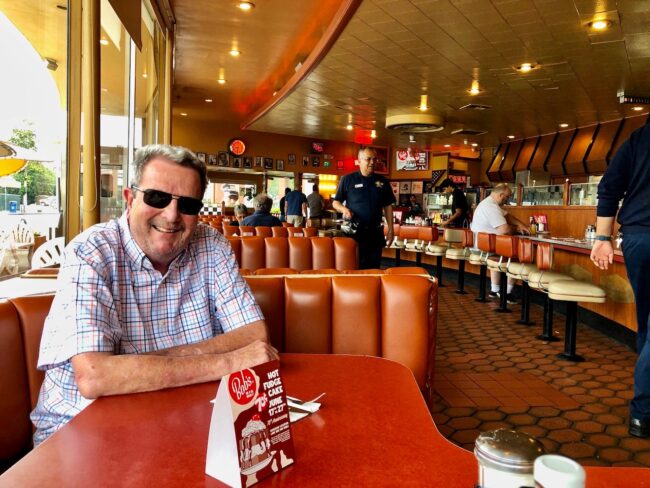 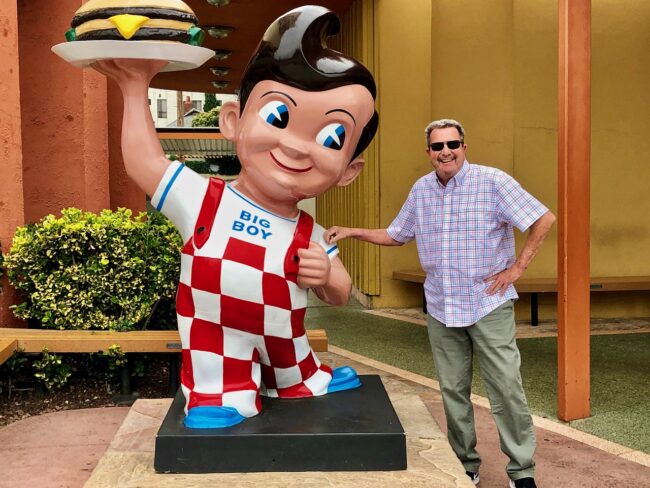 It was designed by famed Los Angeles architect Wayne McAllister, and built in 1949 by local residents Scott MacDonald and Ward Albert. McAllister also designed the original Lawry’s restaurant on La Cienega, Burbank’s famed Smoke House and also the original Sands and Desert Inn hotels in Las Vegas. The architectural style is called “Googie,” which is, “a form of futurist architecture that was a subdivision of futurist architecture influenced by the Space and Atomic Ages.” (more on the history of Bob’s here). 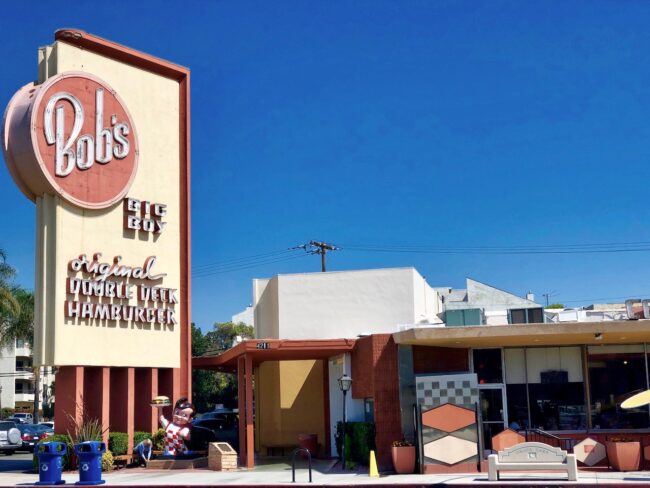 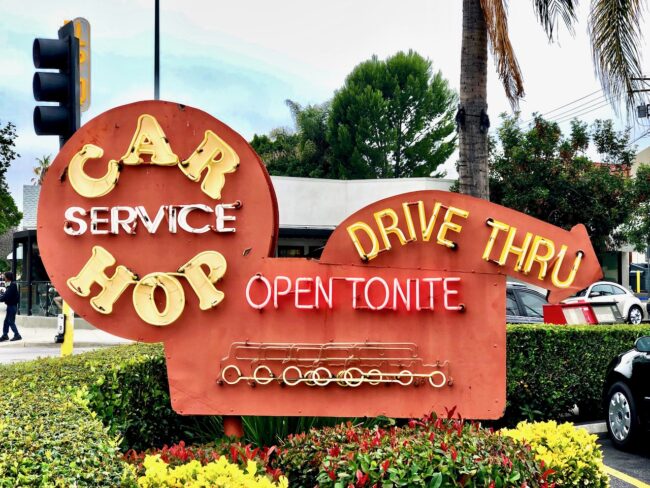 Oh yeah, about the mouthwatering Bob’s Big Boy burger. First of all it is a double-decker consisting of two thin beef patties placed on a three-layer bun with lettuce, a single slice of American cheese, and either mayonnaise and red relish (a combination of sweet pickle relish, ketchup and chili sauce), or Big Boy special sauce (Thousand Island dressing).  As for the relish, yes, it has pickle relish in it. I always go a little light on the sauce, because, even with my aversion to pickles, a Big Boy is not a Big Boy without some of that sweet pickle relish. I might need to go to food therapy some day. 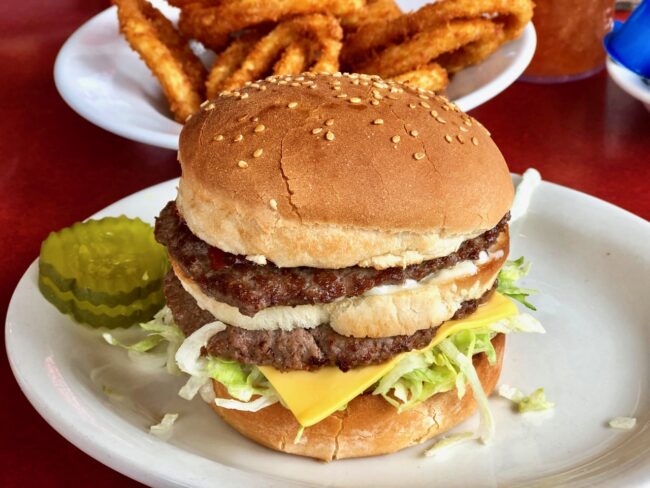 Tom’s Bob’s Big Boy Fun Fact: During their 1965 Summer Tour, The Beatles reportedly were looking for a ”real American diner” when visiting Los Angeles. They stopped here, and there is a booth with a plaque that commemorates that moment. (“The table is the last booth on the right, where the end of the windows facing Riverside Drive stop. A plaque at the booth describes the event. The plaque has been stolen many times by fans .. and has been replaced each time.”)  Photo courtesy of Bob’s. 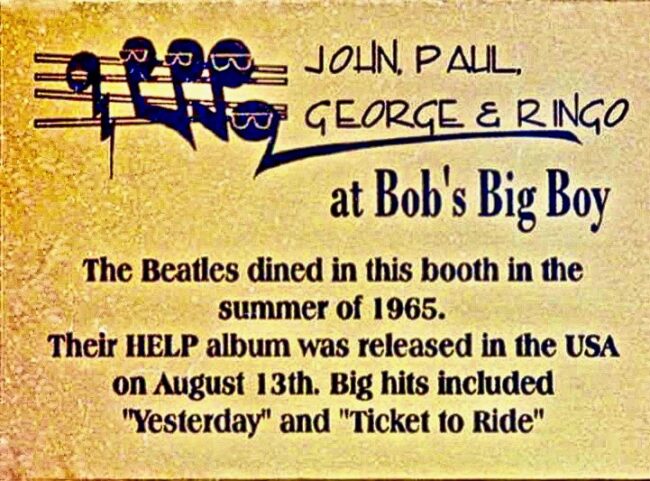 Our next restaurant takes us to Frogtown (you know this will be “ribbitting”), and the cheeseburger at Spoke Bicycle Cafe. When Spoke opened in 2015, it was a combination bike shop and place to get some coffee or other beverages. In 2017 it expanded to a full breakfast and lunch spot on their spacious patio.  It’s one of Frankie and Remi’s favorite restaurant destinations to tag along with us. 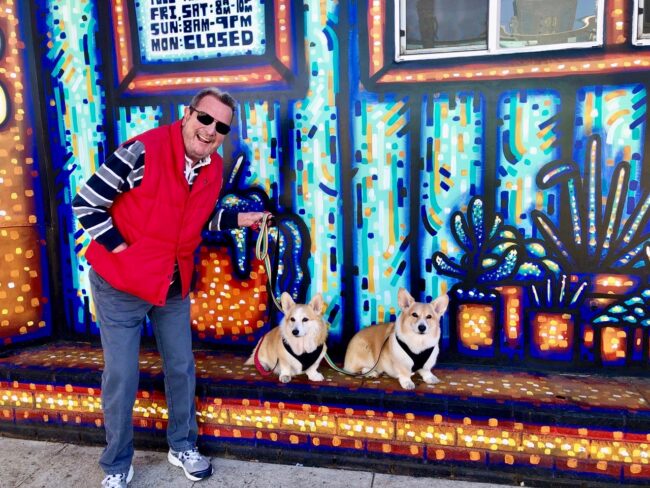 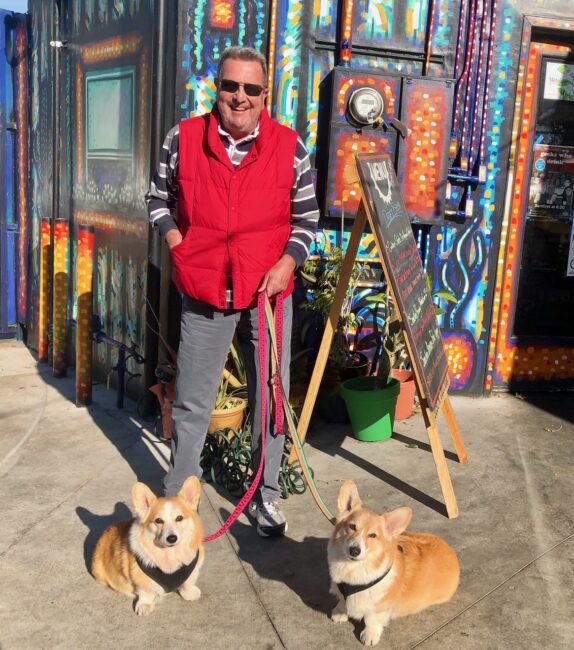 The Spoke Burger is a delectable combination of Grass-fed California beef, applewood smoked cheddar cheese, bacon, green lettuce, heirloom tomato, pickled onions (yes, I love those) and special sauce on a soft griddled bun.  Add to this burger creation, the best fries I have ever eaten. Crispy, delicious, Spoke’s Waffle Fries alone will make you come back here time after time.

Finally, on this mini trip to Cheeseburger heaven, we come to the city where the cheeseburger was invented, and the Dog Haus (which is, I assume, a place where many a German husband has landed).  A Pasadena original since 2010, this restaurant very near to our home is known for its gourmet dogs, sausages and craft beer, but also serves up some amazing burgers. Since we like their onion rings, fries and tater tots, too, we usually split a burger which is served on a grilled King’s Hawaiian bun. 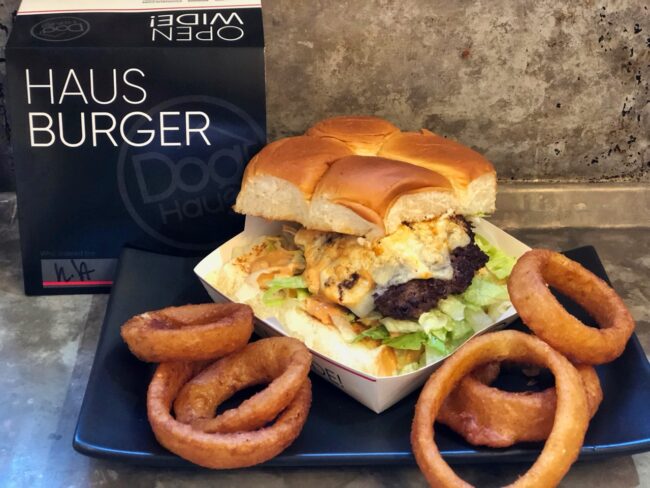 Thus far, the following menu item is my favorite cheeseburger around, although it is named the Holy Aioli (their website photo was better than ours … below). It contains, White American cheese, smoked bacon, caramelized onions and garlic aioli on that scrumptious King’s Hawaiian bun. They also have a killer cheeseburger (above); white American cheese, pickles (for Tracy), lettuce, tomatoes, onions and secret sauce. 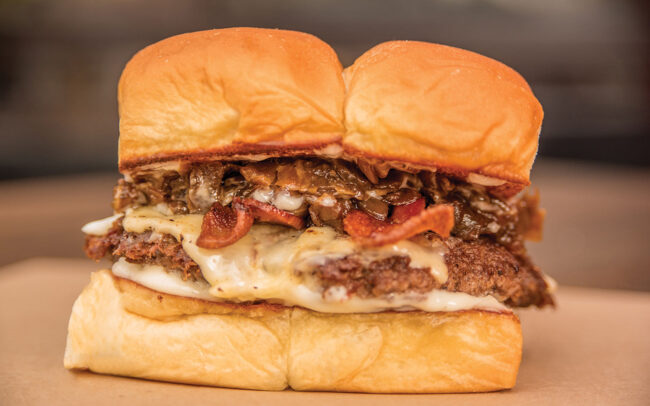 So there you have it, four of our favorites, but there are plenty more to choose from, so next year during “Pasadena Cheeseburger Week” we’ll add some more mouth-watering cheeseburgers. 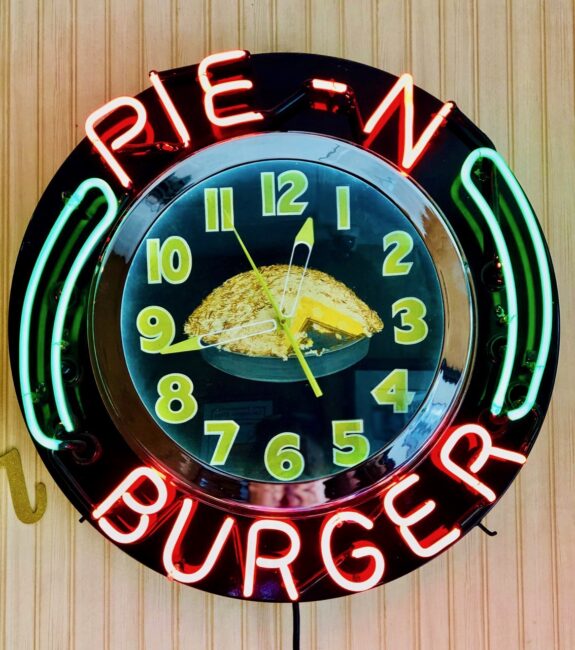 Breaking News … Tracy just alerted me that May 2021 is National Hamburger Month. Oh, the humanity! Being the dedicated professionals that we are, we will start searching for our favorite burgers and get back to you on those sometime in May. I am now on official “Expando-Belt Alert.”