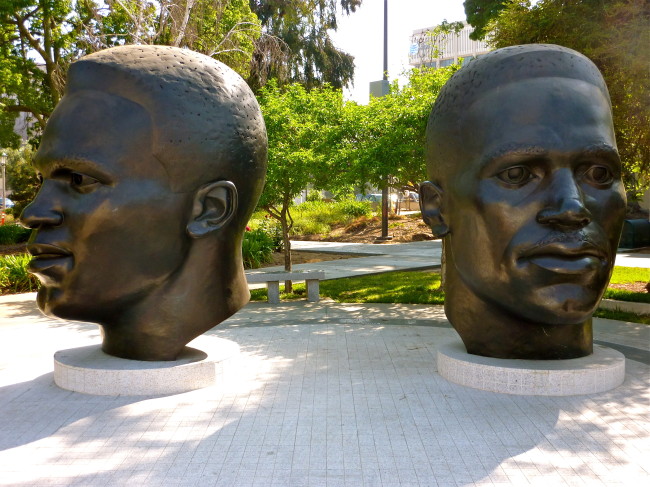 Located across the street from the Pasadena City Hall is the memorial dedicated to two of the city’s famous sons, brothers Jackie and Mack Robinson. The bronze sculptures were dedicated in 1997 and the memorial was completed in June 2002.  They are located on Garfield Avenue, just north of Union Street and across the street from Pasadena City Hall. 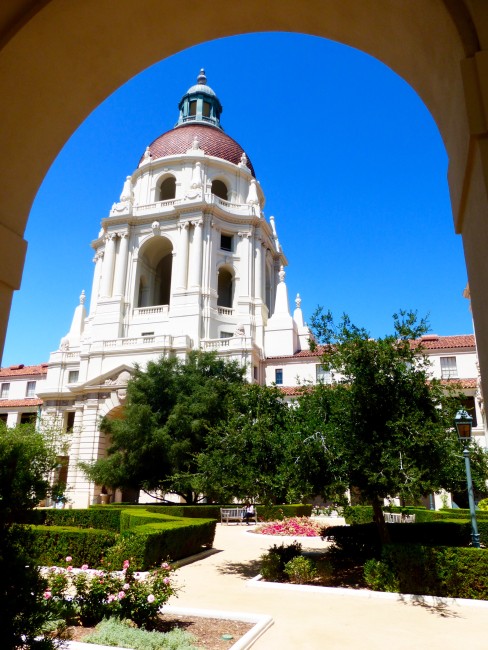 There is also a ring of granite tiles etched with donor’s names, benches and landscaping, which includes peach trees. 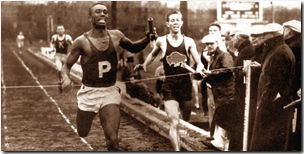 Mack, the older brother of Jackie, won the silver medal in the men’s 200 meters at the 1936 Summer Olympics in Berlin, finishing just 0.4 seconds behind Jesse Owens. He was also instrumental in leading the fight against street crime in Pasadena. The US Congress also named a Pasadena post office for Matthew “Mack” Robinson. 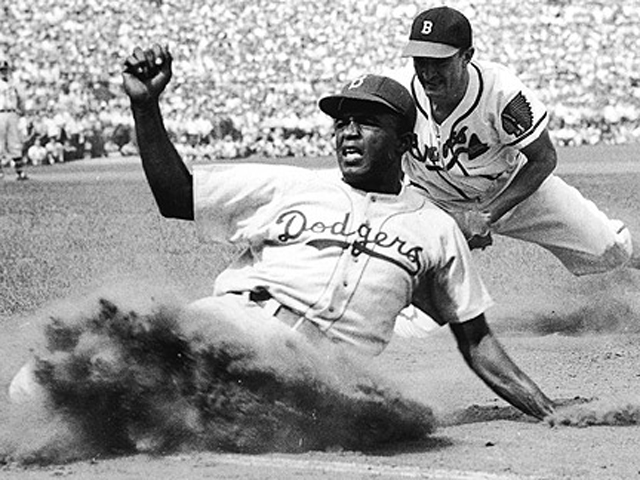 Of course, Jackie Robinson is best known as the Hall Of Fame baseball player who broke the color barrier in the Major Leagues in 1947 when he debuted for the Brooklyn Dodgers. At Muir Tech (now John Muir High School) in Pasadena, Jackie played several sports at the varsity level; lettering in football, baseball, track and basketball. 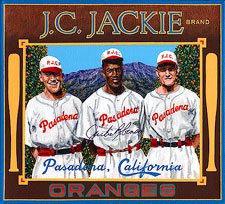 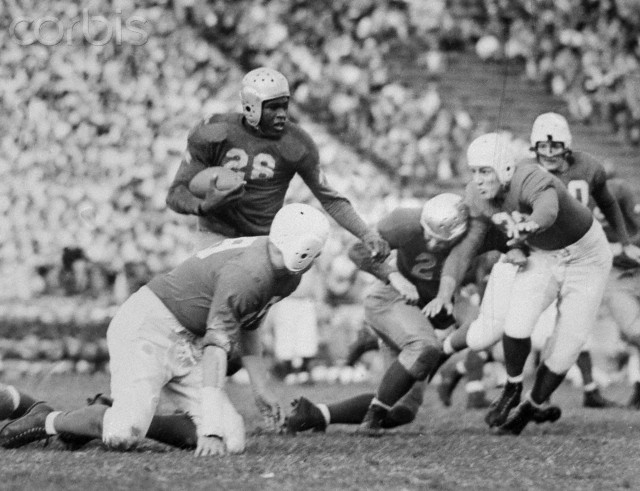 In college at UCLA, he became the school’s first athlete to win varsity letters in four sports: baseball, basketball, football, and track. With four African Americans on its 1939 team, UCLA was college football’s most integrated team. 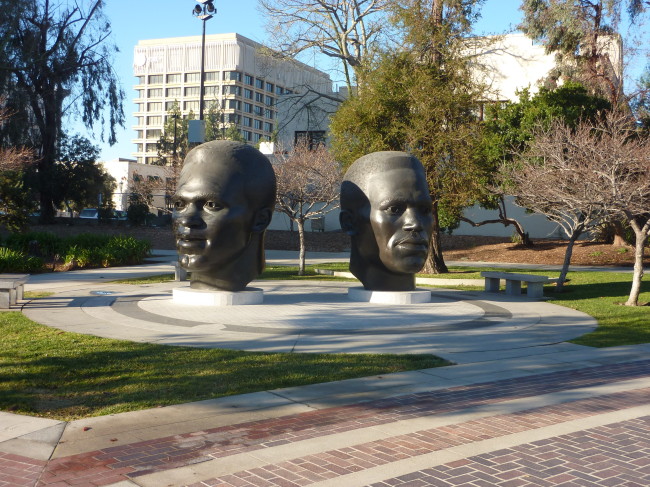 The 1997 dedication also happened to be the 50th anniversary of when Jackie joined the Brooklyn Dodgers. 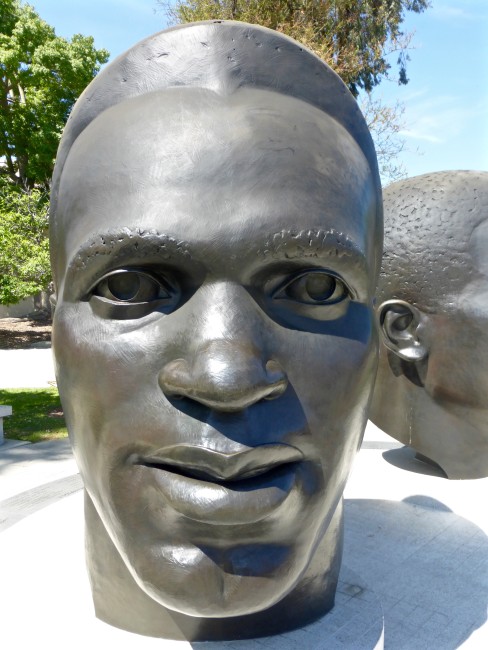 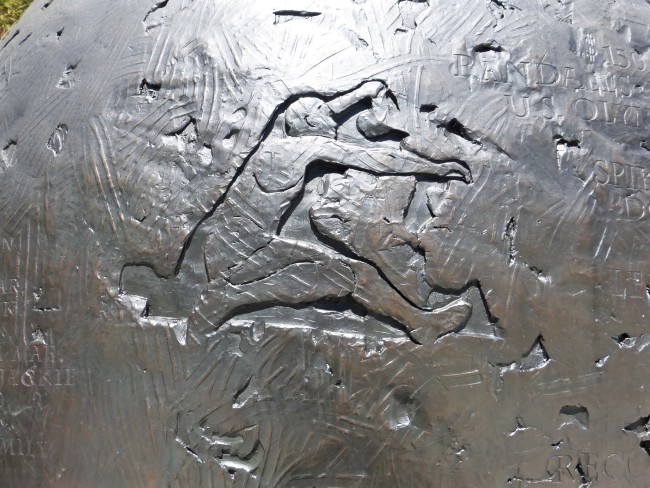 …and you’ll see descriptive text and images that are inscribed on the backs and sides of their heads that highlight many aspects of their lives. 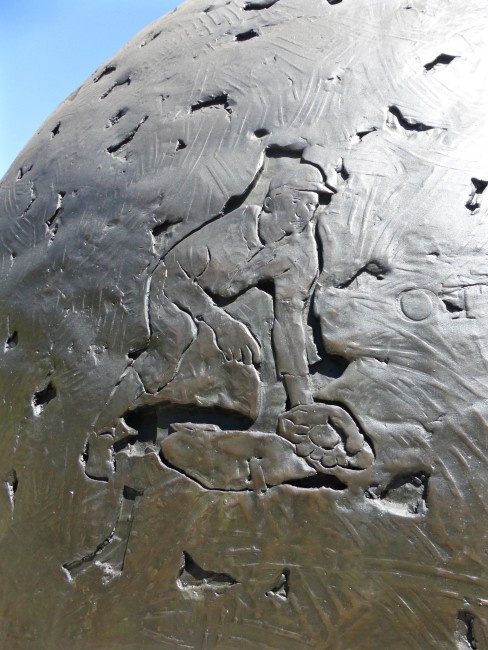 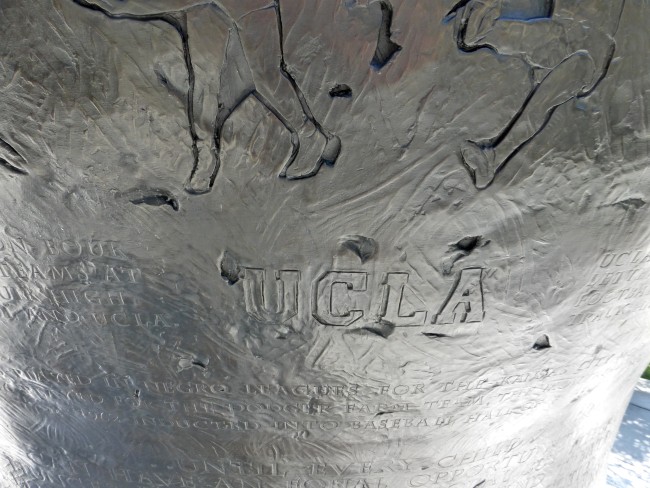 Mack’s portrait faces City Hall. He was very involved in the Pasadena community. 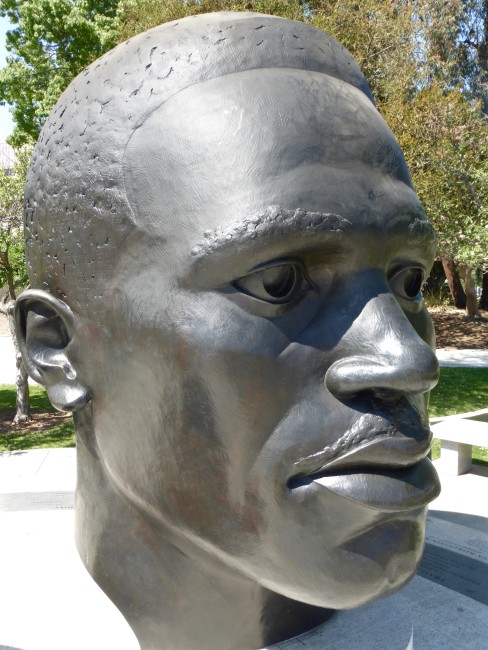 Jackie’s portrait looks out toward Brooklyn.  He’s buried in Brooklyn, while Mack is interred in neighboring Altadena. 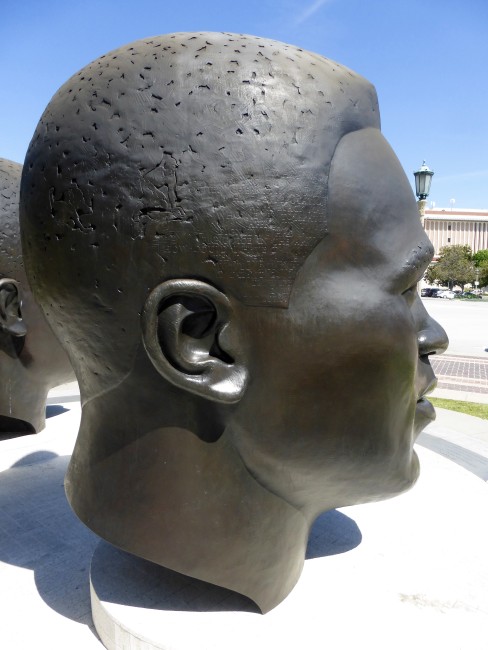 The sculptures are each nine-feet tall and weigh 2700 pounds. 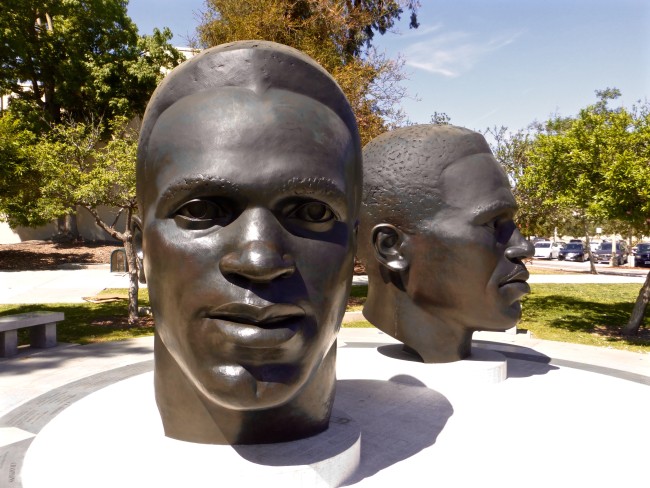 They were created by artist Ralph Helmick.  If you’re in the area, they’re certainly worth a quick look.