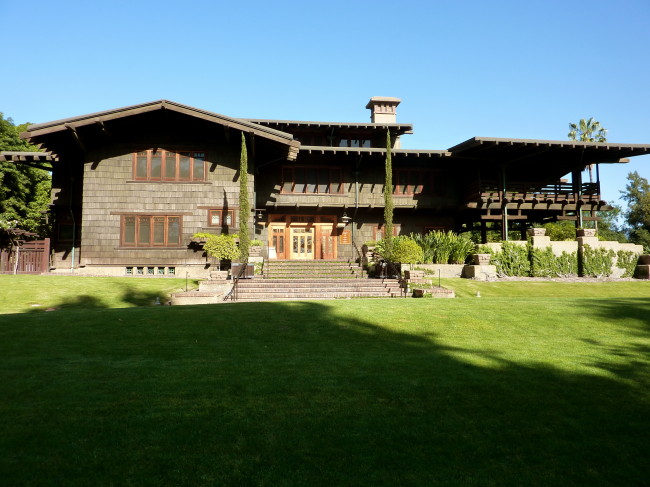 Located about a mile north of the Wrigley Mansion, just off of Orange Grove Avenue’s former Millionaire’s Row, is the crown jewel of homes designed by famed architect brothers Charles and Henry Greene. 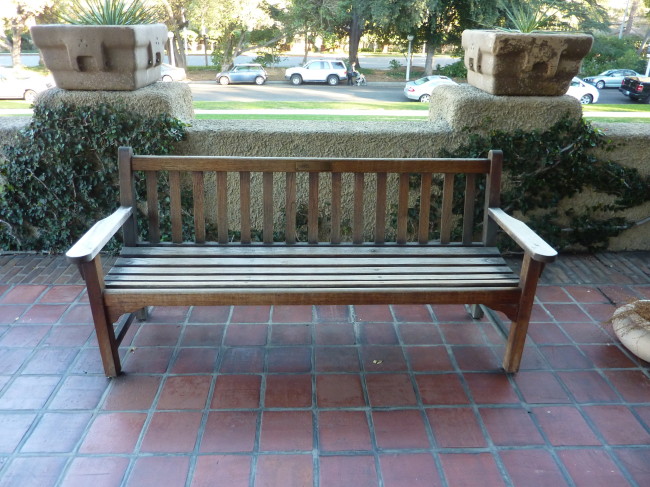 The home was commissioned by David and Mary Gamble of Cincinnati in 1908, which is why today it is known as The Gamble House. 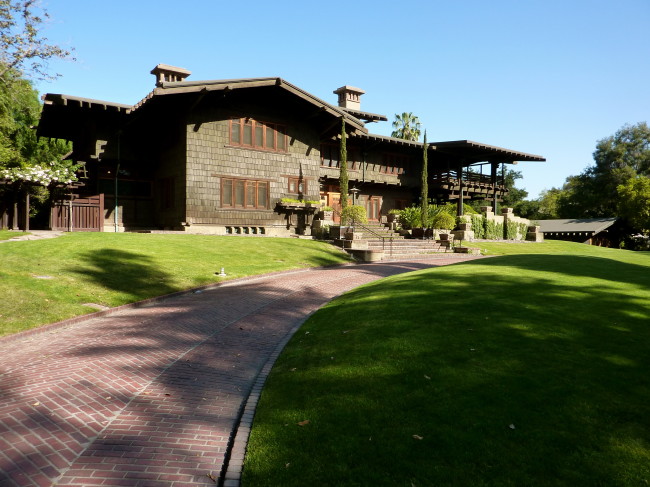 David Berry Gamble was a second generation member of the Procter & Gamble Company in Cincinnati. He retired from active work in 1895 spent his winters in Pasadena with his wife, Mary. 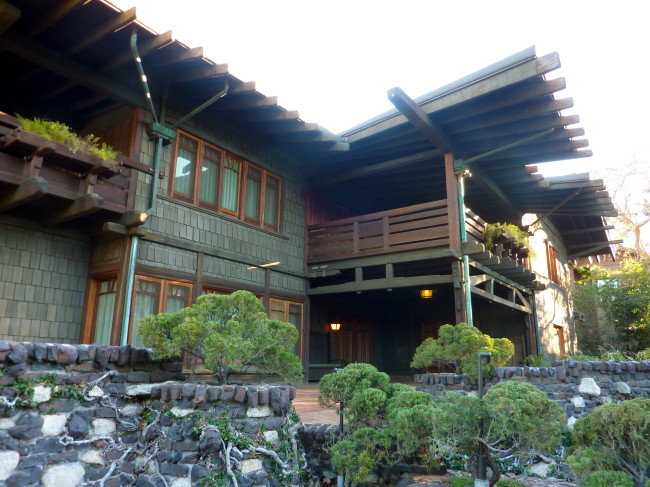 In 1907 they decided to build a permanent home in Pasadena. In June of that year, they bought a lot on Westmoreland Place, passing up the more fashionable address, South Orange Grove, known at that time as Millionaires’ Row. 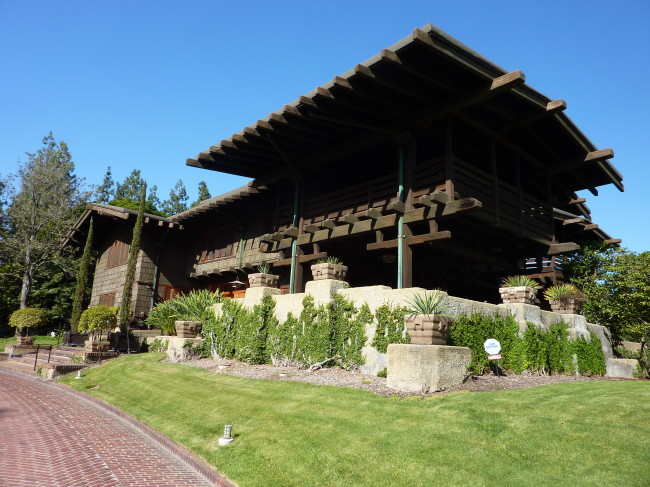 It just so happened that brothers Charles and Henry Greene were designing the house next door to that property, and impressed with the other Greene & Greene houses in the neighborhood, the Gambles met with the brothers and agreed on a commission. 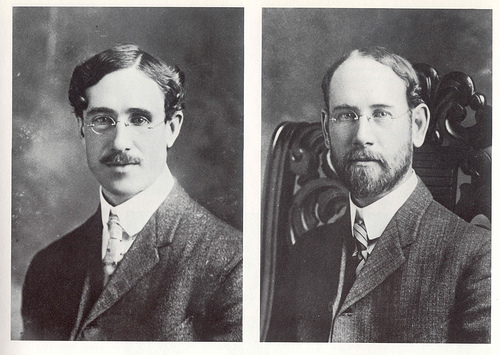 Drawings for the house were completed in February 1908, and ground was broken in March. Ten months later, the house was completed. 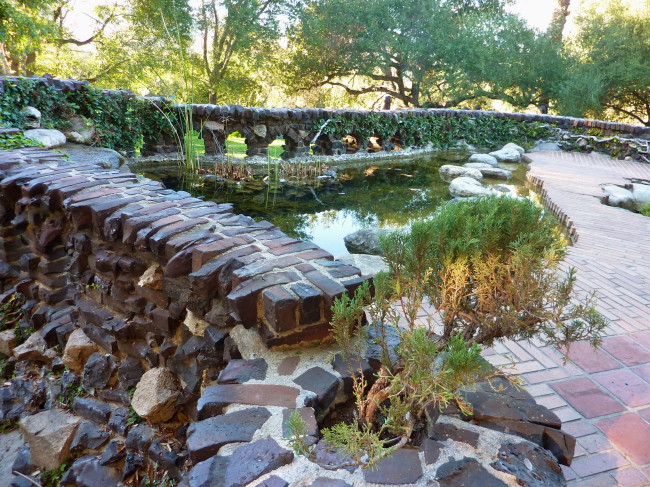 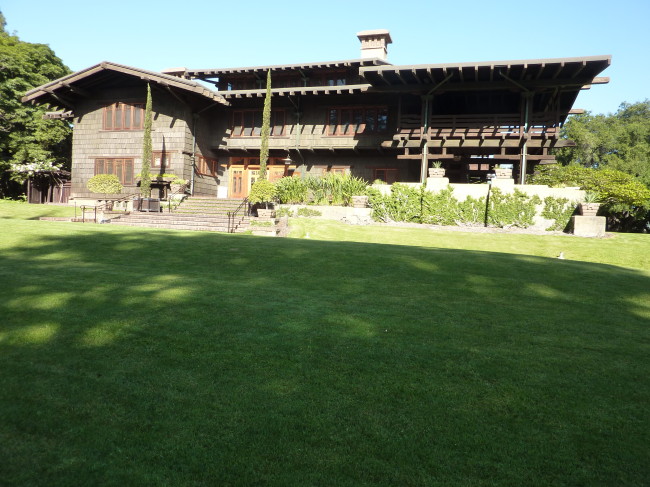 The Gambles realized the artistic importance of the house, and it remained in the Gamble family until 1966, when it was deeded to the city of Pasadena in a joint agreement with the University of Southern California School of Architecture. (Photos are not allowed inside, so inside photos are from The Gamble House website, and all the rest are mine.)

The Tree of Life design on the leaded art-glass entry pays homage to the principal material used in the construction of the house. 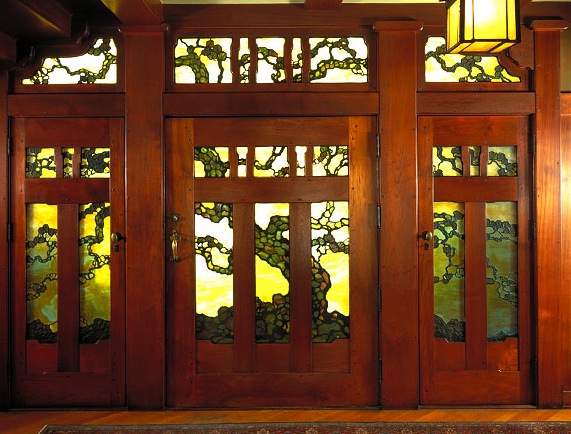 You can walk around the grounds for free, as I do every so often, to look at this house. Exterior porches are found off three of the second-floor bedrooms and were used for sleeping or entertaining., while the main terrace is privately beyond the rear facade of the residence. It has patterned brick paving with planting areas, a large pond, and garden walls made with distinctive clinker blocks and boulders.  Paths are made with large stones from the nearby Arroyo Seco. 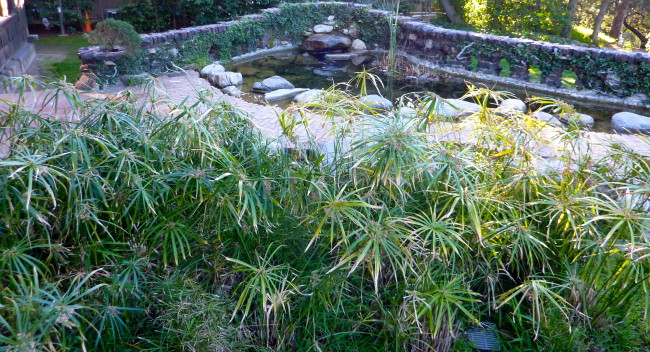 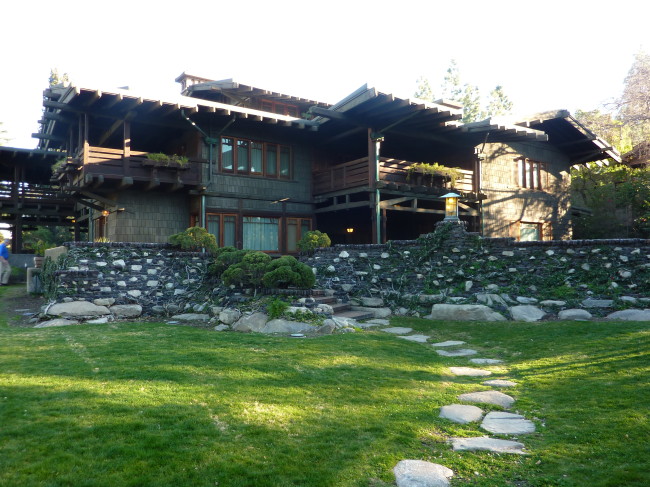 The Gamble House conducts tours on Thursday through Sunday. It also has special tours throughout the year that gives even more insight into this fabulous structure. 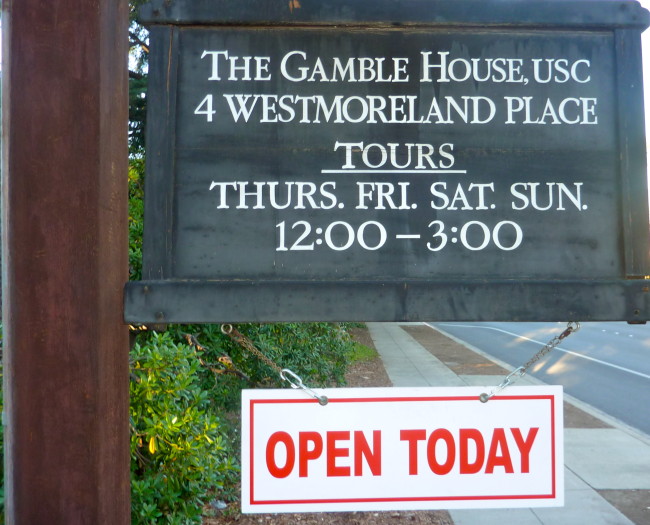 These tours are led by docents and are a terrific way to gain more appreciation for this home, which was declared a Natural Historic Landmark in 1977.  They’ll leave the light on for you! 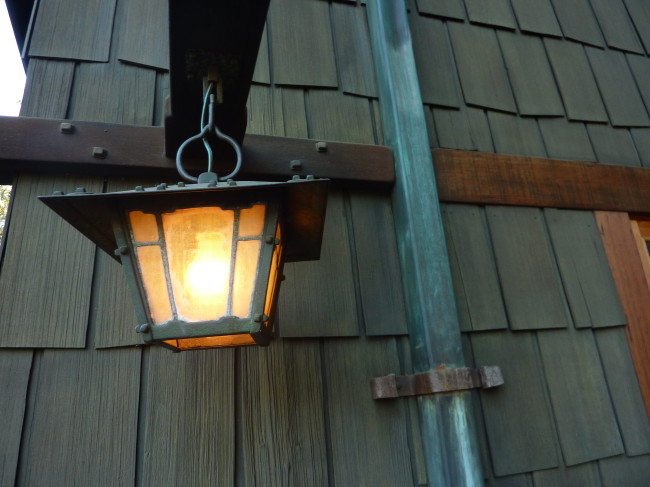