A Citrus Vodka Martini With A Twist! 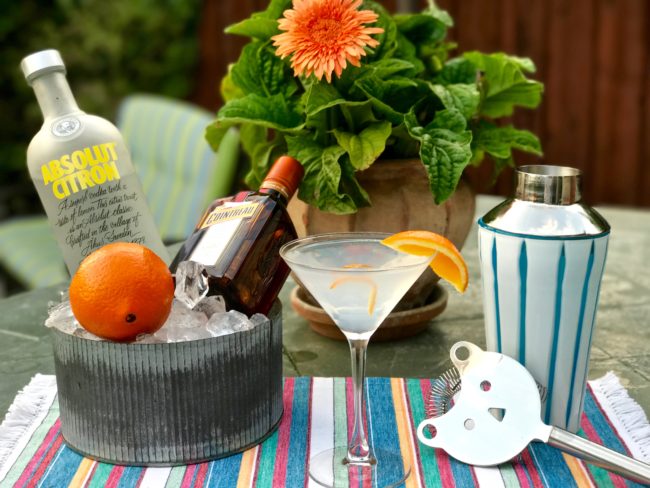 In my trip reports or restaurant reviews, I mention ordering a TomTini on certain occasions.  I have been asked by more than a few, “What is a TomTini?”  Well, it all started back in 2001 on a warm spring afternoon in Siena, Italy. 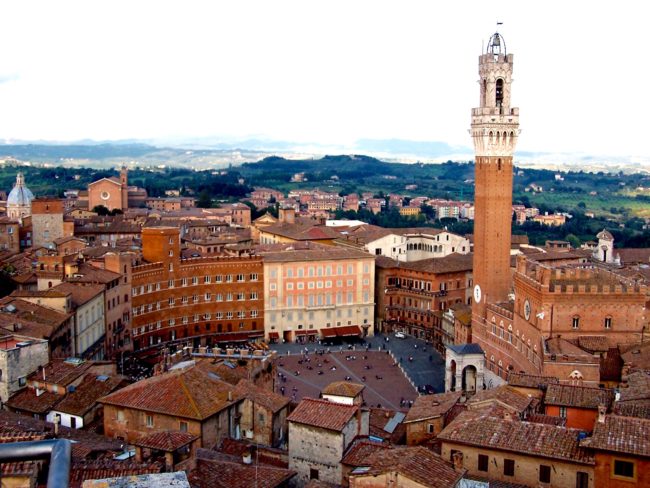 Tracy and I (along with friends Kim and Mary) had just returned to our hotel after exploring the towns of San Gimignano and Volterra.  It has been a long day. Sensing a cold libation was in our future, we noticed that the bar area of the Palazzo Ravizza was open for four thirsty Americans. 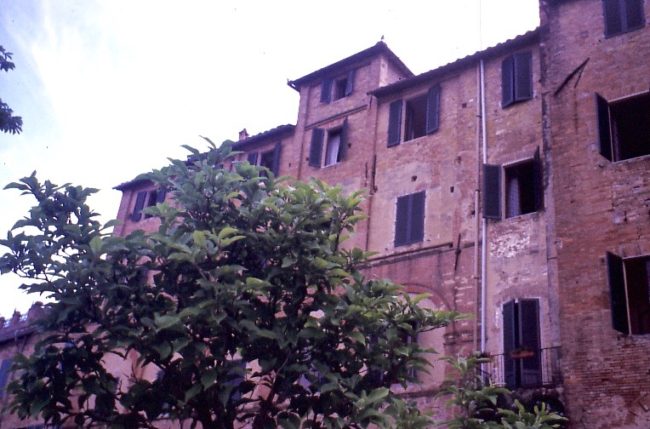 I ordered a martini, and a guy (who we later learned was a lawyer in the Big Apple) quickly came over to me and said, “If you like martinis, let me tell you about one I had last week in New York City. I really think you’ll like it.”  He even offered to buy, so never one to turn down a cocktail offer, I accepted.

The martini was a simple one; ABSOLUT Citron Vodka, Cointreau and an orange twist. It was magnificent (I might have had a couple; certainly no more than three). After the man left the room, Kim dubbed the drink, “The TomTini,” and a cocktail name was born.

I know many martini aficionados out there believe a martini can only be made with gin, so the name “TomTini” can allow everyone to be satisfied.  It’s also a good way to get part of your 5 A Day!

By the way, every so often I take part of my retirement check and purchase some Grey Goose L’Orange.  That’s a smooth TomTini option, also.

My recipes aren’t quite as complicated or sophisticated as Tracy’s. 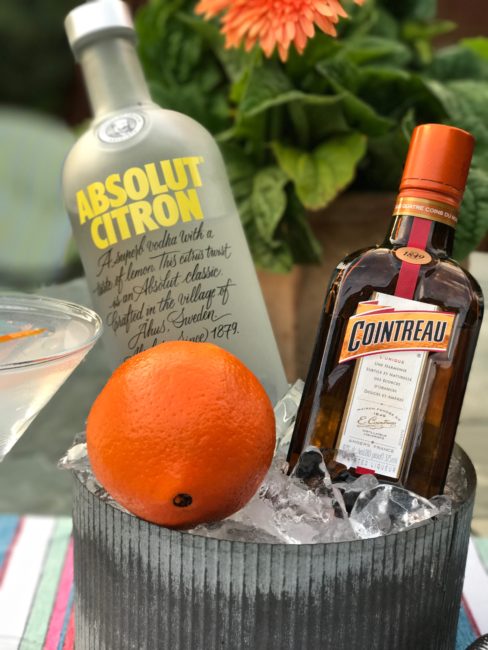 2 1/2 Ounces ABSOLUT (or your favorite Citron Vodka)
1/2 – 1 ounce Cointreau, depending on how strong you’d like it (Triple Sec can be substituted in a pinch or if you want to save money)
1 Orange, either a slice or a twist

Fill Cocktail Shaker full of ice (I bet you see where I’m going with this).  Add vodka and Cointreau.  Although it may stir up controversy, I shake my martinis.   Strain into a glass.  Put a slice of orange on the rim of the glass, and then squeeze the juice into the martini just before imbibing and garnish with a twist.  Perfect for a weekend (now that I am retired, my weekends usually last about 365 days).  Change the amount based on your taste (I’ve been known to accidentally pour three ounces of vodka). 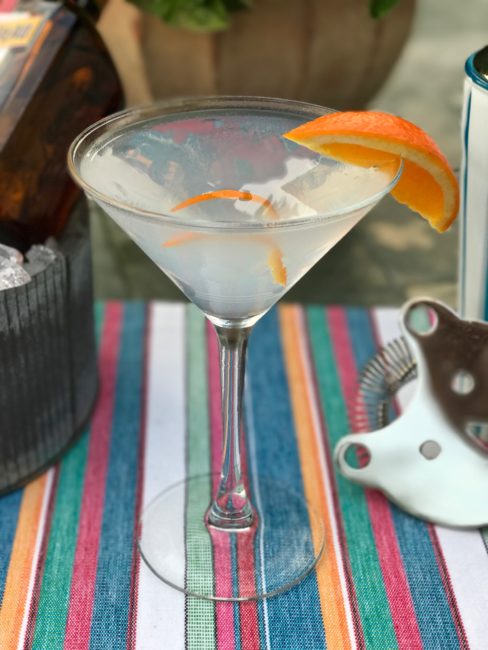 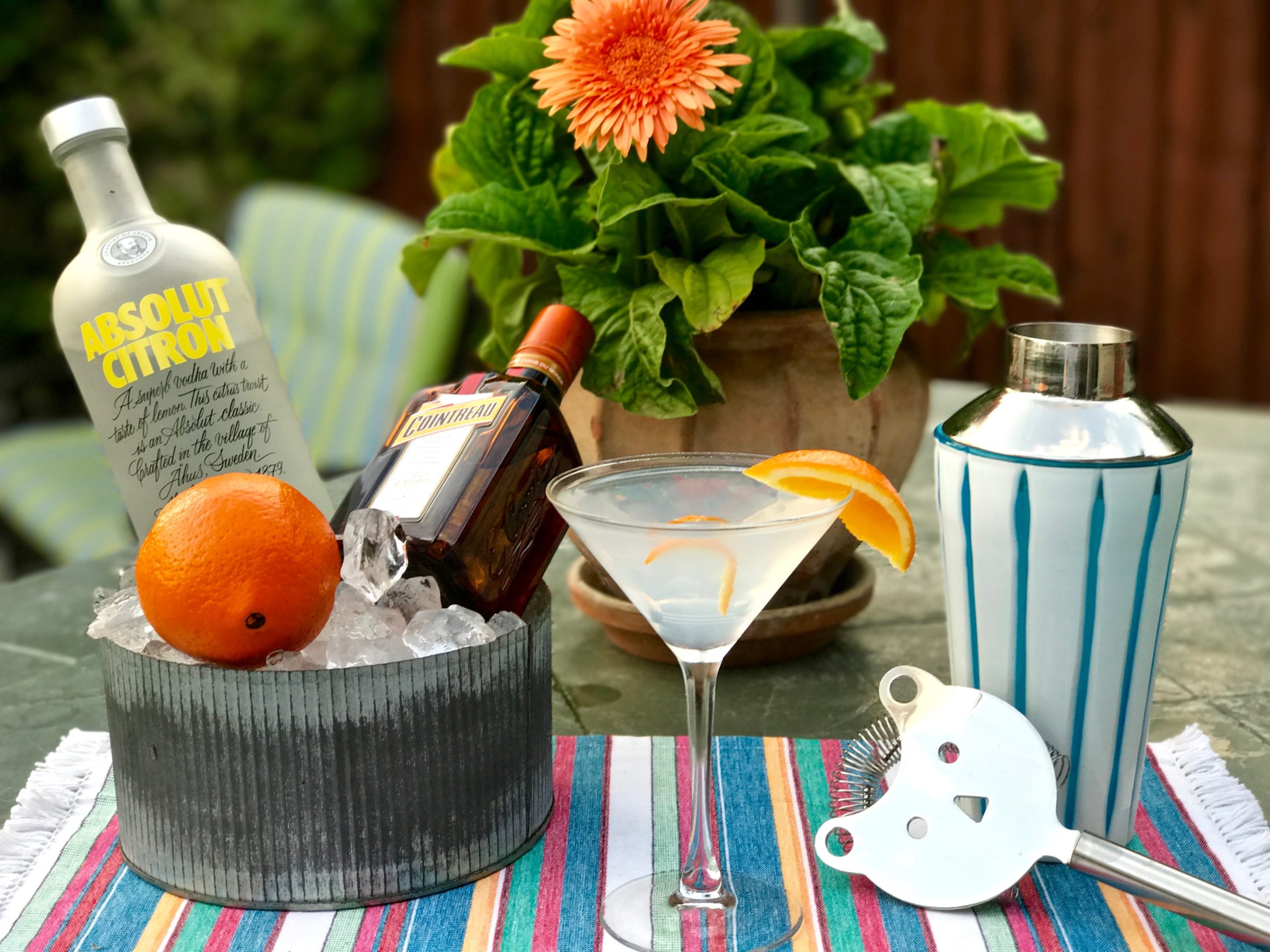