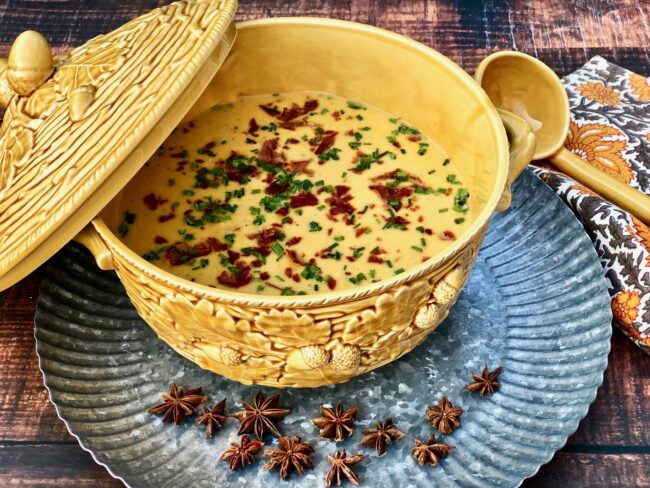 In Tom’s prior life (the one where he earned money … I miss those days), he wrote for a number of magazines. Every January, one of the associations he worked with held what could only be called an extravaganza. In the beginning they were formal affairs, but more recently they had a theme, and were held at various venues around Southern California. We have been attending these events since 1990, and I have a closet full of evening gowns to prove it! (This photo is from 2009.) 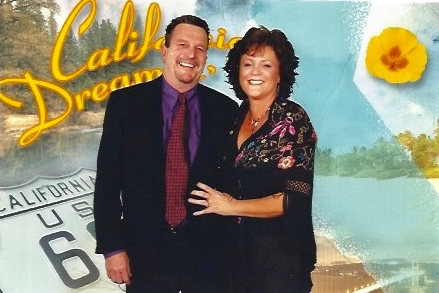 And, here is a photo from the year Tom won the costume contest!  It seems like only … Yesterday. 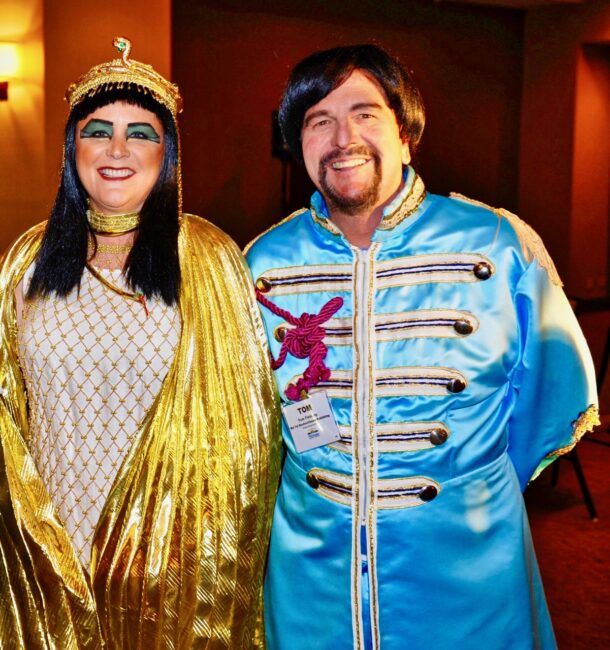 At the Dinner Dance in 2004, we were served the most deliciously decadent butternut squash soup I had ever tasted. We happened to be friends with the executive chef, as Tom wrote articles for his White Table Cloth Chef publication, so he shared the recipe with me.

The roasted butternut combines with the star anise, cinnamon, ginger and honey for an elegant, savory, velvety soup. If you haven’t cooked with star anise before, it is an earthy, subtly sweet spice in a very cute star shaped seed pod.

Garnish with crumbled, crispy prosciutto and a sprinkle of chopped chives. This is an elegant starter or can be a meal all on its own served with a simple green salad and crunchy loaf of bread. I love soup season! 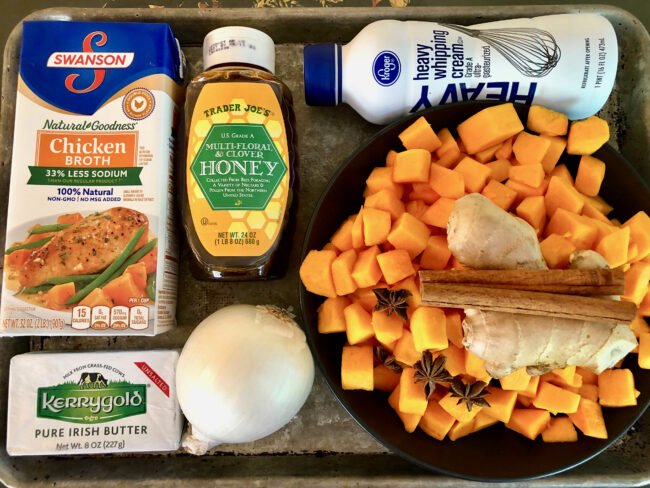 Preheat oven to 350F. Line a rimmed baking sheet with foil. Spread the squash, onion and ginger in a single layer on the prepared sheet and drizzle with the melted butter. Season with a large pinch of salt and a couple of grounds of fresh ground black pepper. (Be sure the squash is in a single layer and not crowded. If it is crowded it will steam rather than roast. Use two sheets if you are doubling the recipe.) Roast for one hour until the veggies are tender and golden brown. 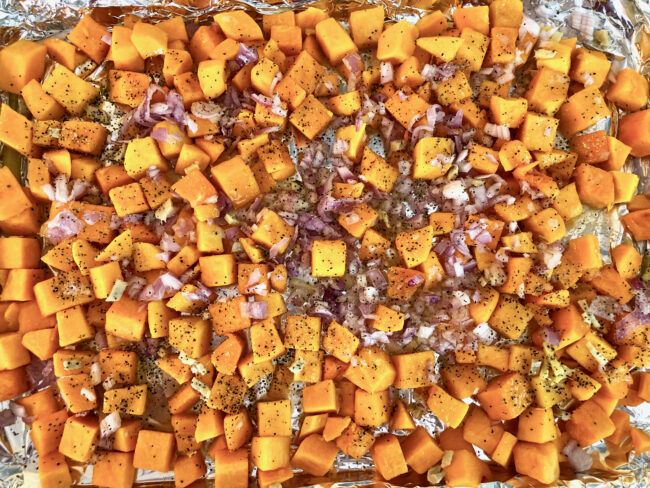 While the veggies are roasting, fry the prosciutto until crispy, remove to a paper towel lined plate to drain. 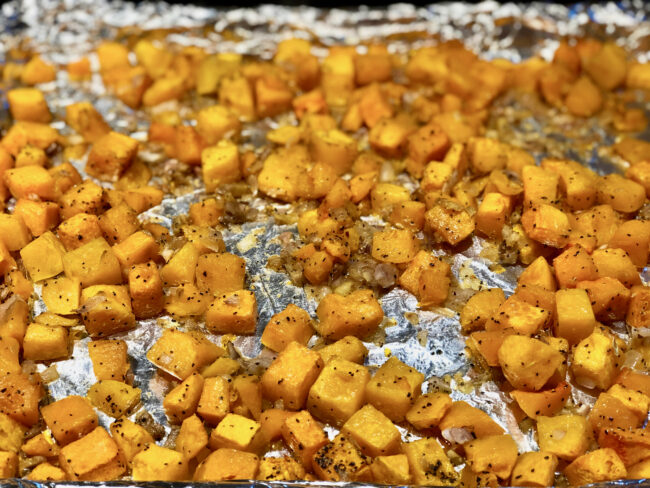 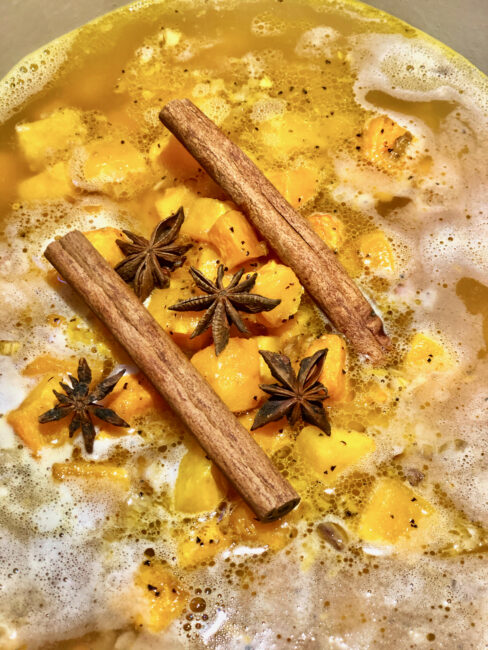 Purée with an immersion blender. Season to taste with salt and white pepper. If it is too thick, thin with additional chicken stock. 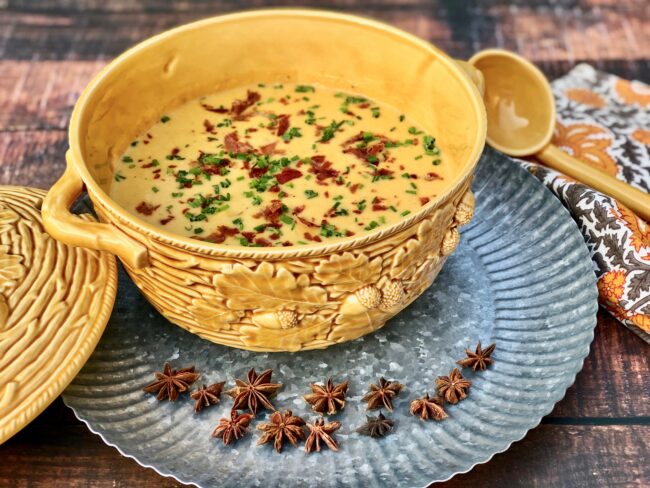