Cinnamon on Steak with this Marvelous Meat Marinade! 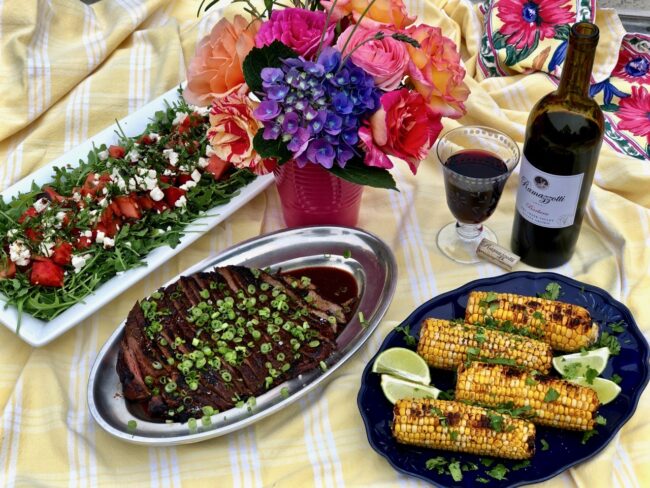 Summer weather in Southern California came late this year (yay, for May Gray!), so we only recently fired up our gas barbecue.  Speaking of fire, there was one small problem … when Tom turned on the barbecue there was an explosion, and flames shot out from underneath the grill where the propane tank is located!  We ran away (well, I ran, while Tom inexplicably stayed close to the barbecue), and I dialed 9-1-1 fearing it was going to explode.

The firemen arrived, quickly extinguished the fire, and inspected our barbecue for the cause (pan drippings fell onto the propane tank catching fire, causing the plastic cap on the propane tank to ignite).  Fortunately, it was safe to use again, which is great since a Weber Genesis is not an inexpensive barbecue AND it was Tom’s retirement gift to himself.  Before departing, the firemen did recommend that we clean the barbecue more frequently … looking at you grill-master Tom!

Here is another terrific recipe from my step-father, Mr. C.  While he always used this marinade on flank steak, it’s also great on Tri-Tip or chicken.

Two tips for this recipe … the first is to heat the spices until just fragrant, which opens the aromas of the spices.  Don’t skip this step, it really enhances the flavors.

The other is to slice the meat across the grain as thin as you can (about a 1/4 inch or so).

We served this steak with a Watermelon, Arugula, Mint & Feta Summer Salad, and a Grilled Street Corn on the Cob, which Tom learned about at a recent cooking event he attended. This is summer grilling at its best! 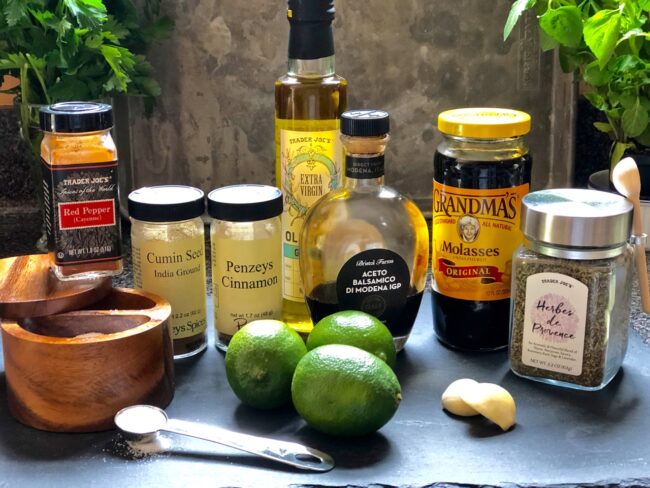 In a small skillet, whisk the cinnamon, cumin, and chili powder together over medium-high heat, stirring constantly, until just fragrant, about 25-30 seconds.  Set aside to cool. 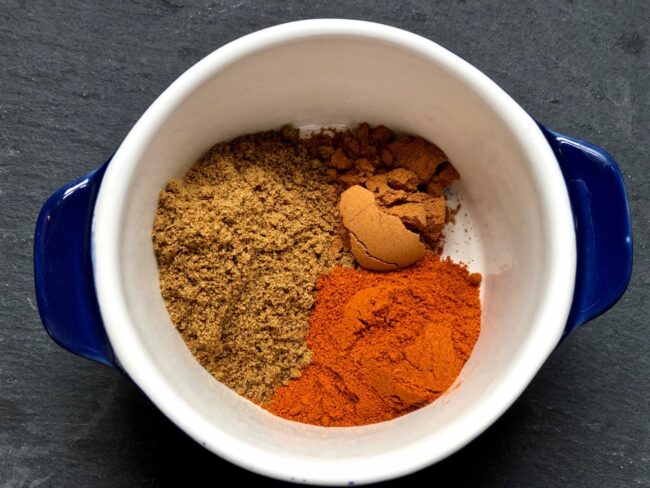 In a small bowl, whisk the cooled spices, lime zest, ¼ cup lime juice and remaining ingredients together (except the steak and green onions). 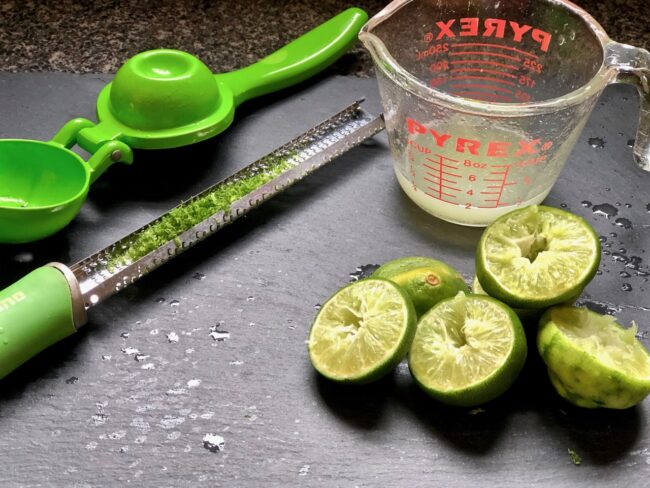 Place the steak in a large ziplock bag.  Add the marinade and turn to coat completely.  Press out the air and seal tightly.  Refrigerate at least 4 hours or better yet, overnight, turning occasionally. 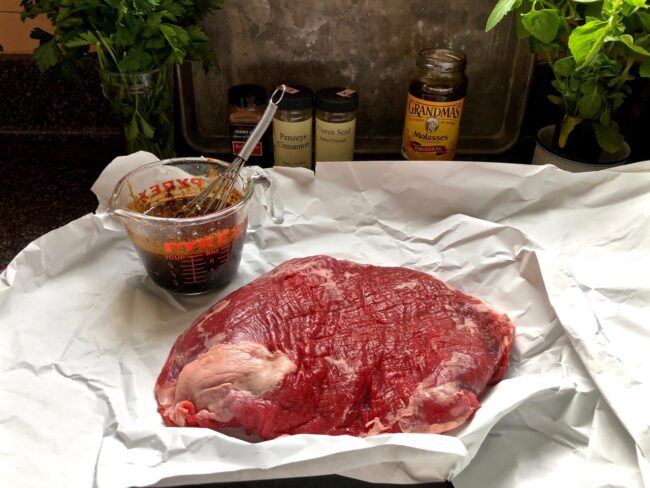 Bring meat to room temperature before grilling.  Heat the grill to medium-high (400-450°F). Grill over direct heat with the lid closed, turning once to sear. Grill to desired temperature (8-10 minutes for medium-rare). 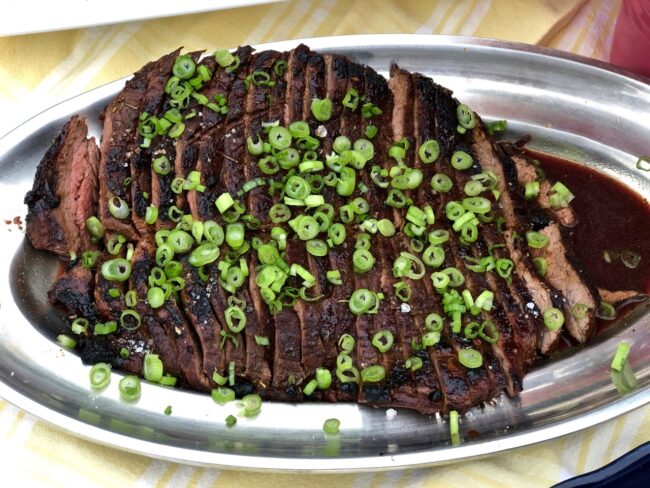 Transfer the steak to a cutting board and let it rest for ten minutes. 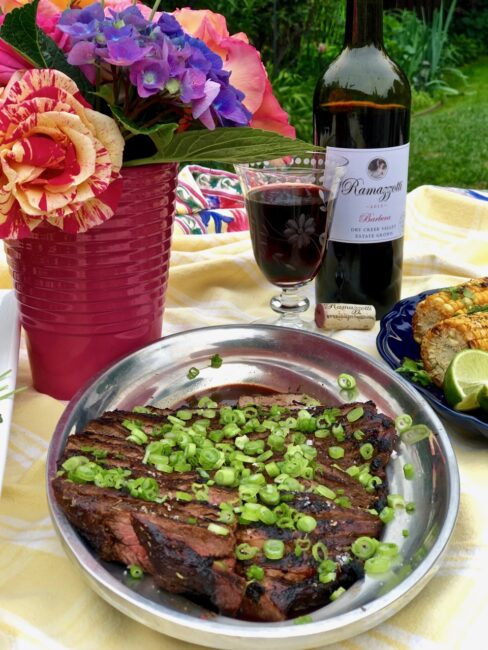 Thinly slice across the grain and transfer to a serving platter.  Garnish with the thinly sliced green onions. 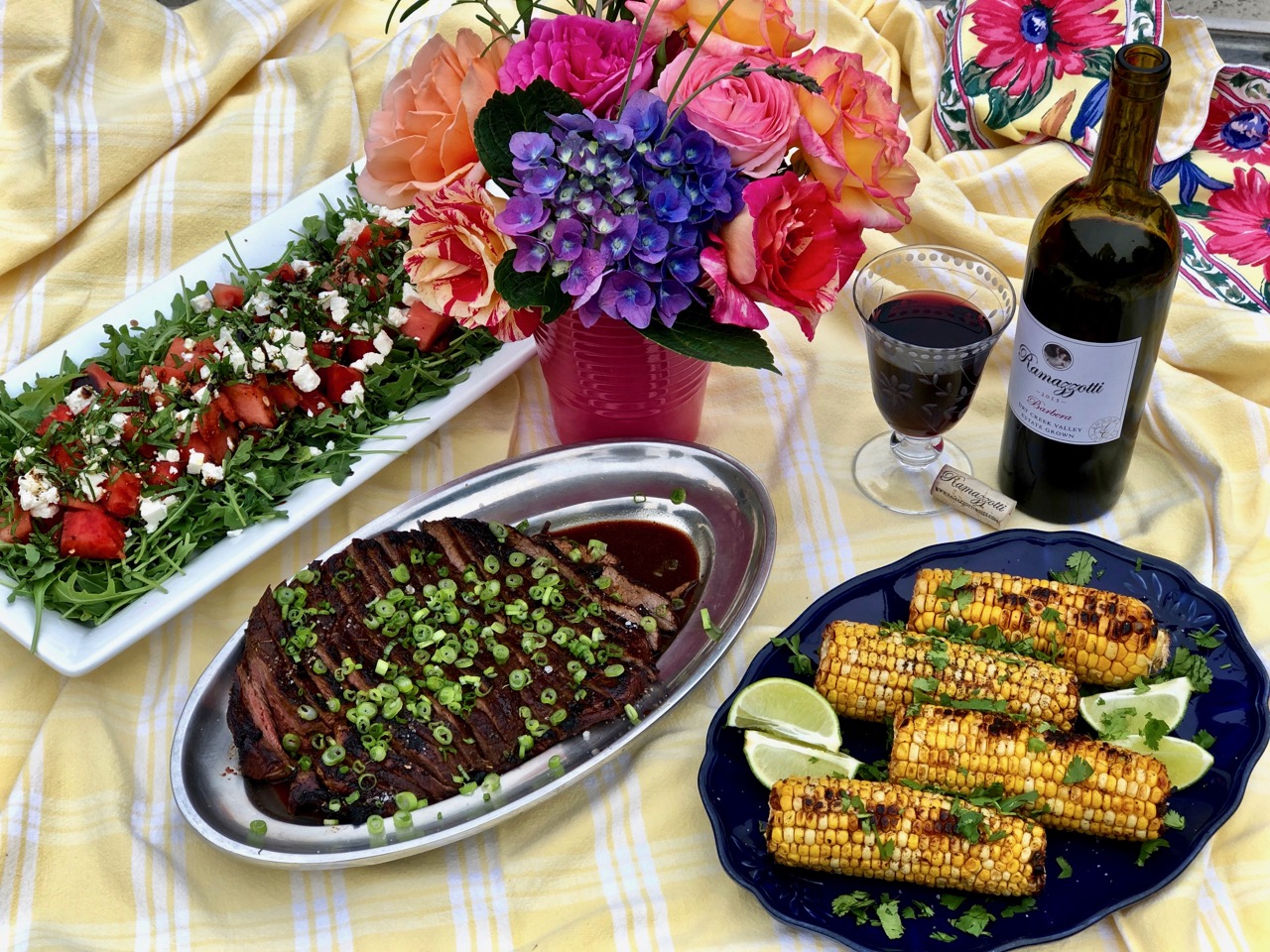