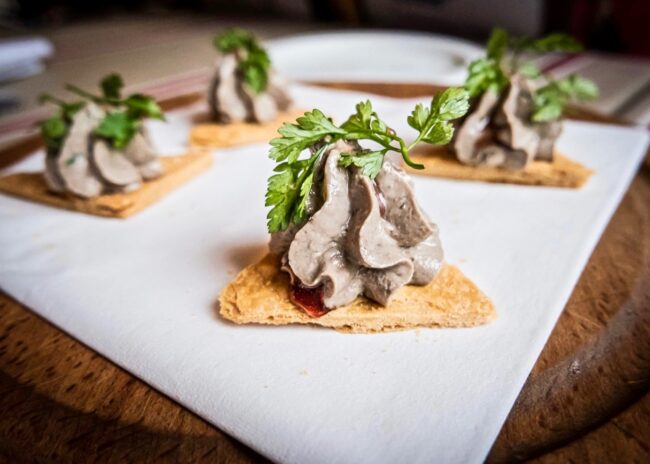 While staying at our lovely b&b in Edinburgh (Millers64, which has subsequently closed due to the pandemic), our hostess Louise told us about a French restaurant (you can only have so much Haggis), L’Escargot Bleu, where she happened to be friends with the owners. As it turned out, Tracy, friends Kim & Mary along with myself got the Royal Treatment, although it looked like everyone dining received great service. 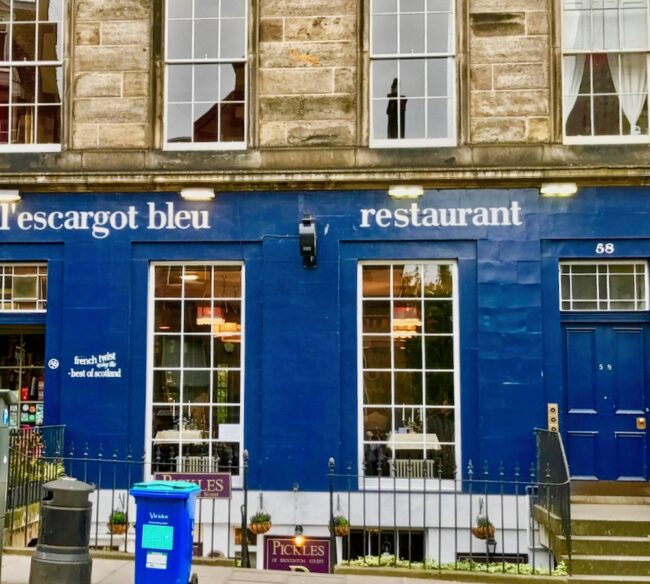 The restaurant touts its “French twist using the – best of Scotland” menu.  How did I know?  Well, I could read the writing on the wal 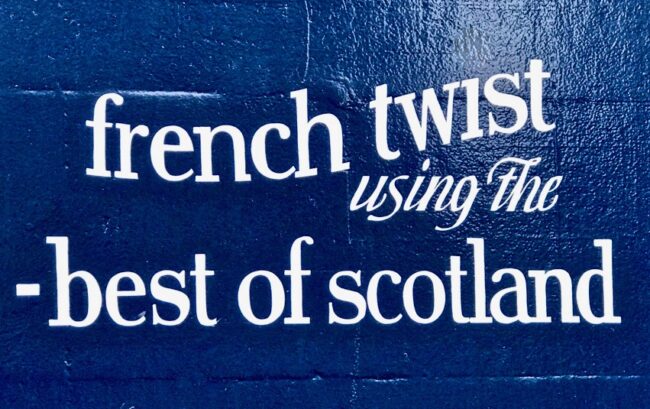 The interior was charming, and the meal got off to a rousing start. 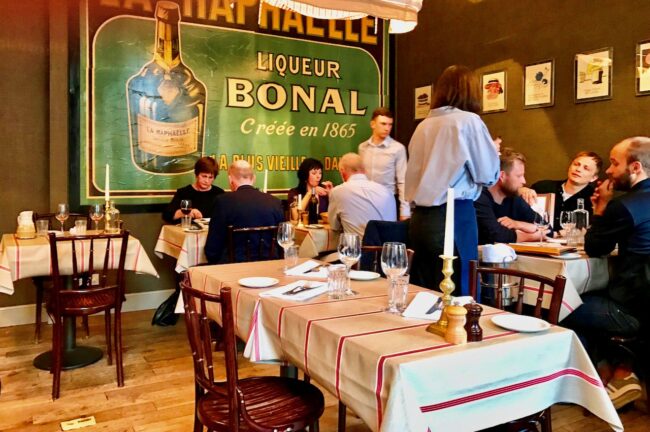 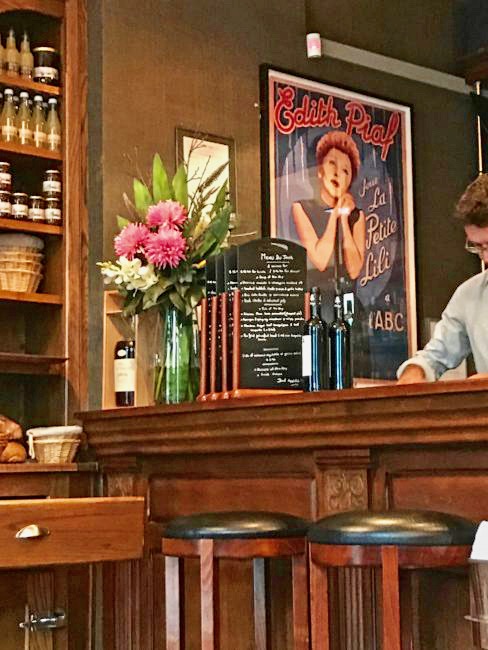 We were offered an amuse bouche of whipped chicken liver paté on a cracker. Thankfully, Kim did not want his, so I was the lucky recipient of two.  He did take a lovely photo, however.

Next up, I flew over the moon with this restaurant’s Steak Tartare, served table-side. I was able to pick the ingredients and the hotness strength of the dish. I chose a “7” (out of ten). It was (and it’s really not even close) my favorite Steak Tartare ever. Next time, I’m going for a “9!”  “Wow!!” 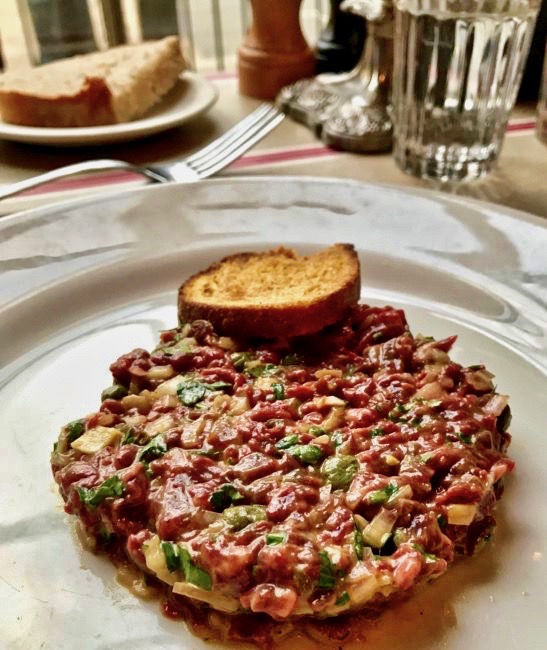 I also enjoyed the Heritage Pig special. The server told us Heritage pigs have curly hair (fortunately not in the dish) and are very unusual in Scotland…it was quite good. 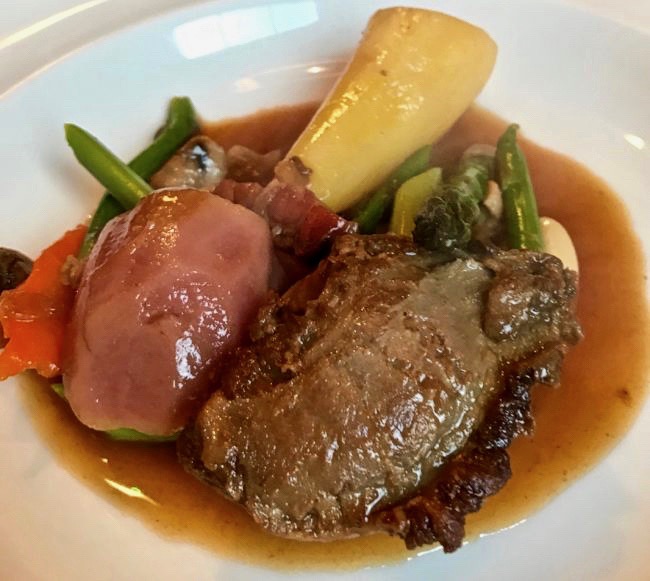 Tracy started with baked escargot and followed that up with Pork Cheek Casserole. 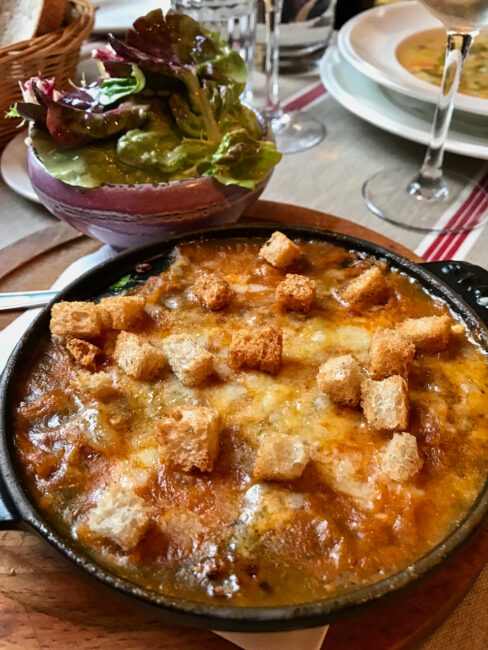 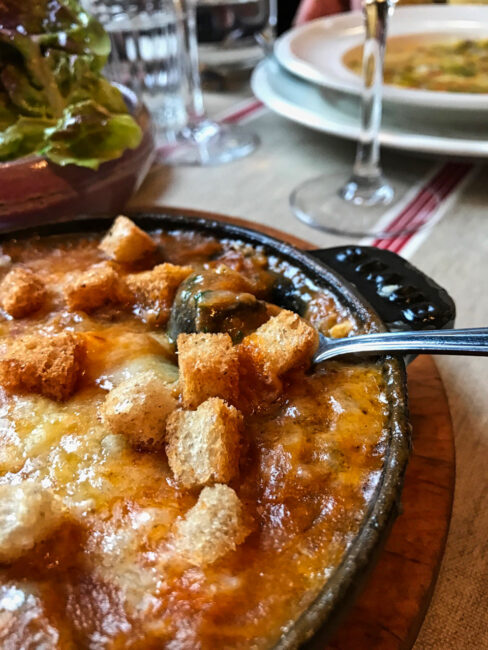 Kim’s salad would have given him his 5 A Day allotment, but he traded with Mary for her vegetable soup when he found out it contained tomatoes (Eat your tomatoes!!). They each had a faux filet. 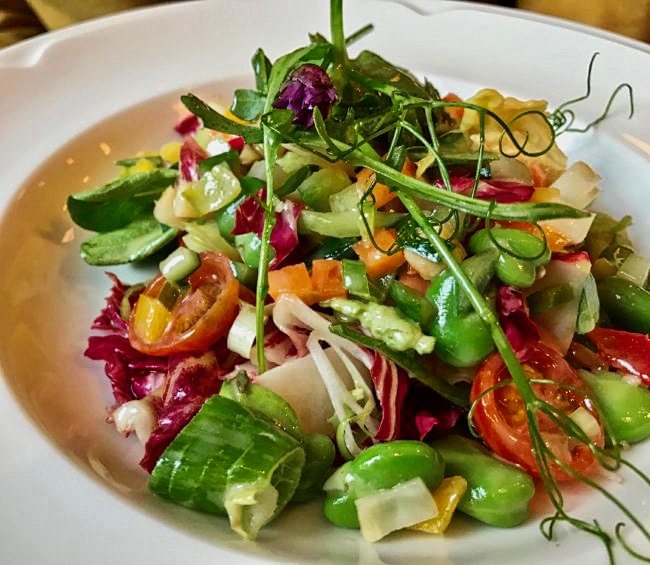 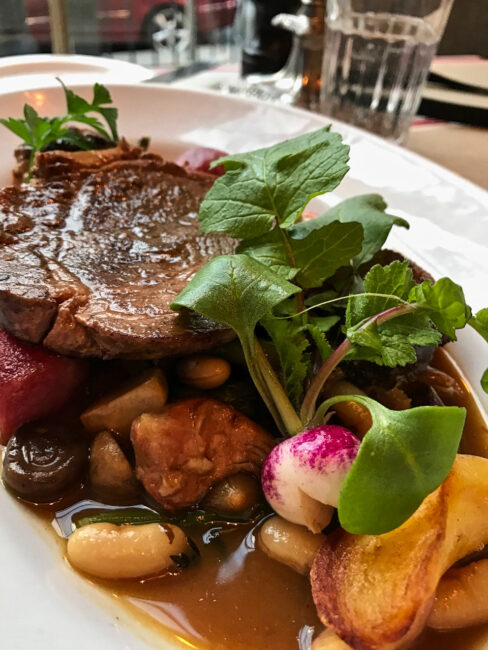 I finally ordered my first Sticky Toffee Pudding of the trip, but my greedy cohorts stuck their utensils in, and I was forced at fork-point to share.  I’m coming here alone next time! 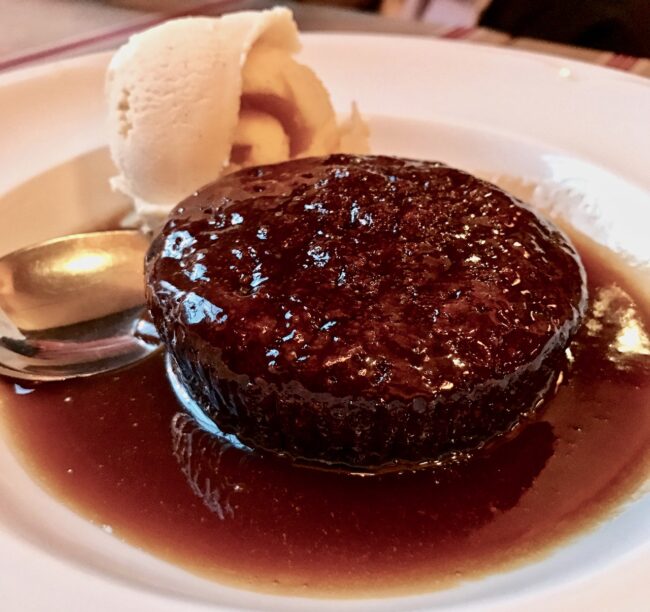 Thankfully, Louise had called the restaurant and once we paid, they ordered a taxi for our return (she must have seen my companions’ tired faces when we left the b&B). We had logged 12 1/2 miles on our weary puppies on another exhausting, yet exhilarating, day in Edinburgh. 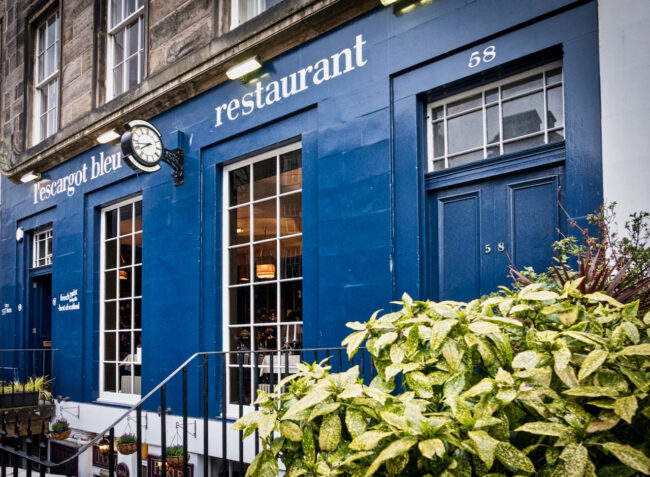 If you visit enchanting Edinburgh, a stop at L’Escargot Bleu should be near the top of your dining list.  As a matter of fact, in October 2019, L’Escargot Bleu was named Best Restaurant in Scotland’ at the Slow Food UK Awards.