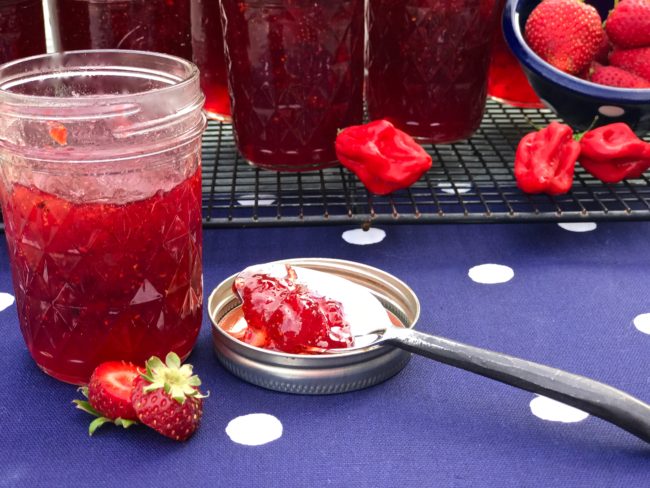 For my birthday this year, I asked Tom to get me a galvanized steel watering trough … you know, the kind horses and cows drink out of.  Yes, you read that correctly.  I have coveted one for years.  It took 17 bags of soil to fill it up, and a trip to our local nursery to purchase some veggies including hot peppers and tomatoes.  While standing in line with my jalapeno, Serrano and Habanero plants, I checked out the basket of the guy behind me…. Vipers!  Ghost Peppers! OMG, this guy makes me look like a hot pepper slacker. 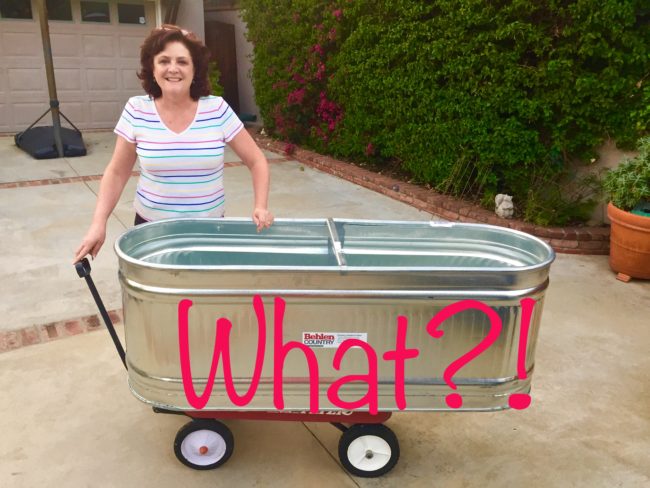 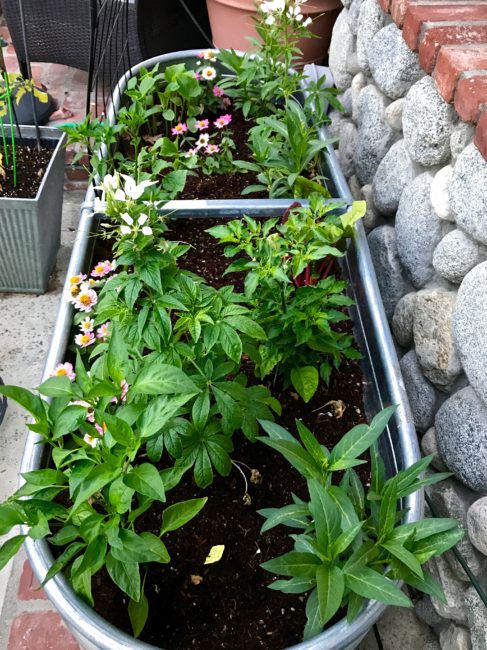 I put the thought of those smoking hot Ghost Peppers out of my mind until a few weeks ago when I received some from Joseph’s garden (thanks, Joseph!).  But what do you make with Ghost Peppers?  The gentleman from the nursery was using his in a Creole sauce.  All I knew about ghost peppers (Bhut Jolokia) was that they are HOT, in fact, I believe they are among the hottest peppers in the world as measured on the Scoville Heat Index.  I originally learned of the Scoville Heat Index while eating Indian food at the Mint Leaf in Pasadena, CA.  Ghost Peppers clock in at 1,000,000 heat units (YES, one million!), while jalapenos rate around 2,500 to 8,000 on the Scoville Heat Index.  Habanero’s rate at 100,000 to 350,000. 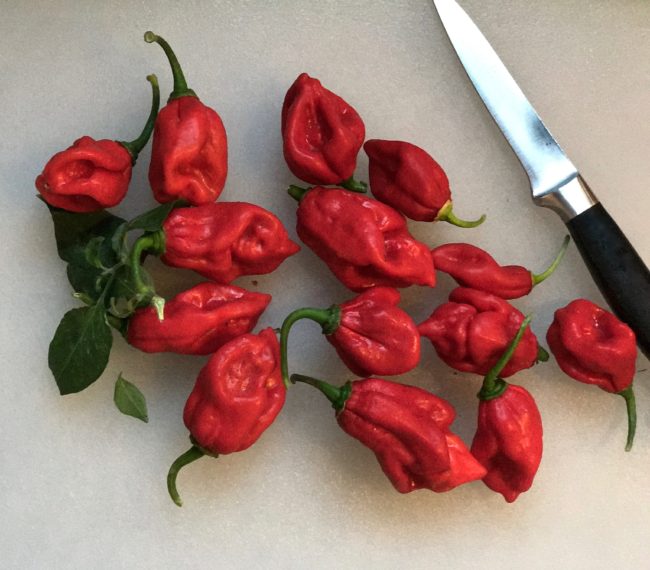 So, to say I was scared to work with these babies was an understatement.  I had Tom order a pair of onion goggles for me from Amazon.  Of course, Tom ordered a pair of goggles for the dogs too in case they traipsed through the kitchen while I was cooking. 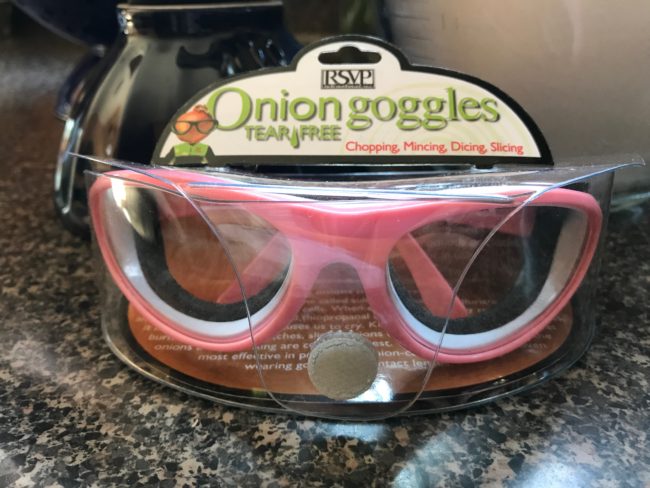 Saturday morning the goggles arrived, so the first thing I did was put them on the dogs and take their photos.  Trust me, Frankie looks better in these goggles than I do! 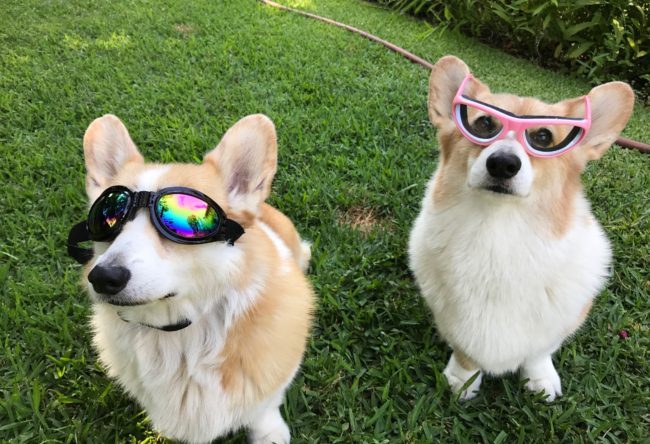 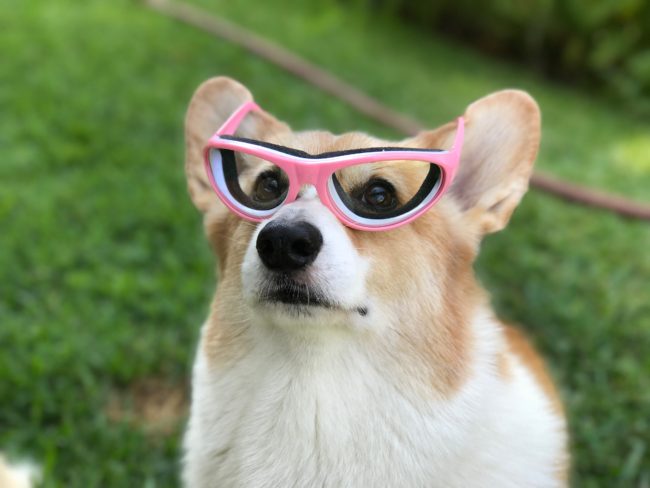 Tom zipped up to our local farmers market and picked up some freshly picked strawberries.  The seller advised that they needed to be used that day which was exactly what I had in mind.  The recipe calls for four cups of crushed strawberries which works out to about two pounds of berries depending on the size and juiciness of the berries.

Speaking of recipes, there are not that many out there for Ghost Pepper Jam, so I improvised and went with the Jalapeno Strawberry Jam recipe posted on allrecipes.com.  I was kind of concerned about the heat of the Ghost Peppers, so I cautiously started with three in place of the jalapeno peppers called for in the original recipe.  I also reduced the amount of sugar to 6 cups.

Donning disposable latex gloves and my goggles, I warily seeded and minced the Ghost Peppers.  I have to say I did not smell them but I was not brave enough to taste one before cooking.  I carefully peeled off my gloves and washed my hands and knife.  The cutting board went straight into the dishwasher in case there was any leftover pepper residue.

The finished product wasn’t all that hot, more like it numbed your lips, but it was delectable!    Tom ate an entire jar of this on toast and in peanut butter sandwiches the first weekend.  We also used it as a glaze on tri-tip, and it was fabulous.

A week later, I was fortunate enough to receive more peppers from Joseph, and I used five, count ‘em, baby, five! in that batch.

Next time I make my Salsa Baked Goat Cheese & Chorizo Dip appetizer I am going to put a jar of this over it in place of the salsa.  Good stuff! 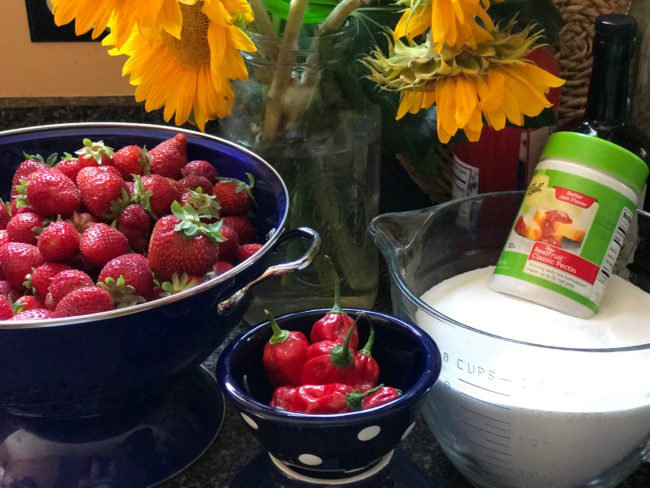 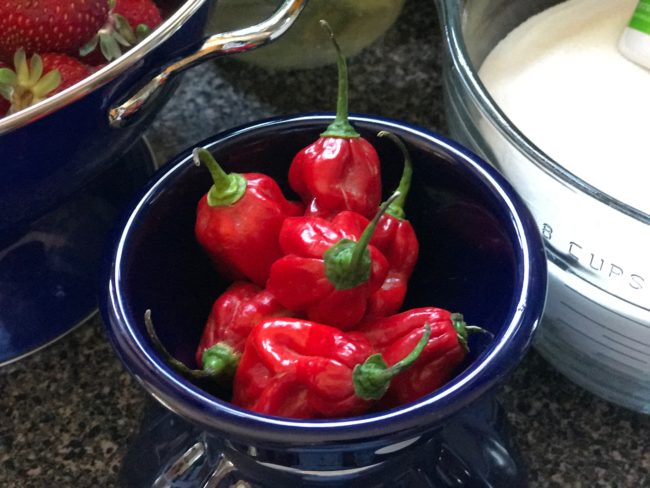 If using fresh strawberries, remove stems and crush with a potato masher.  The original recipe says you can use frozen berries which have been thawed and crushed.

Combine the crushed berries, minced peppers, lemon juice, butter, and pectin in a large pan and bring to a boil over high heat, constantly stirring until you can no longer stir it down.

Before jamming, sterilize your canning jars and bands in a large pot of boiling water. I leave my jars on a low simmer while the jam is cooking so they remain warm. When the jam is ready, carefully remove the jars from the hot water with tongs.  Ladle the jam into the warmed canning jars leaving ¼” space at the top of the jars.  Run a knife around the inside of the jars to remove any air bubbles. Wipe jar threads and rims with a clean damp cloth, so they don’t stick shut. Cover with lids; apply screw bands until fingertip tight (don’t over tighten or there is no room for expansion). Process the filled jars in boiling water for 10 minutes (start the timer when the pot has returned to a boil).  Carefully remove from water and let cool completely on the counter with a rack or towel underneath. That pinging you hear is a sign of a good seal. However, you still need to check the lids. 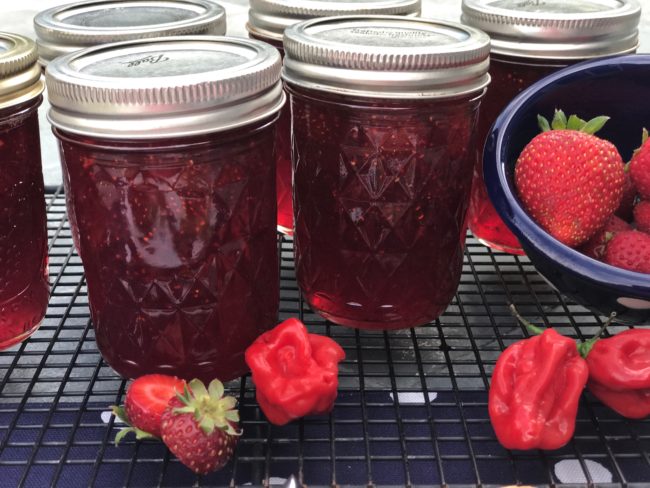 Paraphrasing from the Ball Canning guide to check lids for seal:  The lids should not flex when pressed in the center.  Remove the bands. Try to lift lids off with your fingertips. If the lid can’t be lifted off, the lid has a good seal.  Replace bands and loosely tighten.

Check out freshpreserving.com for the correct method of preserving foods. 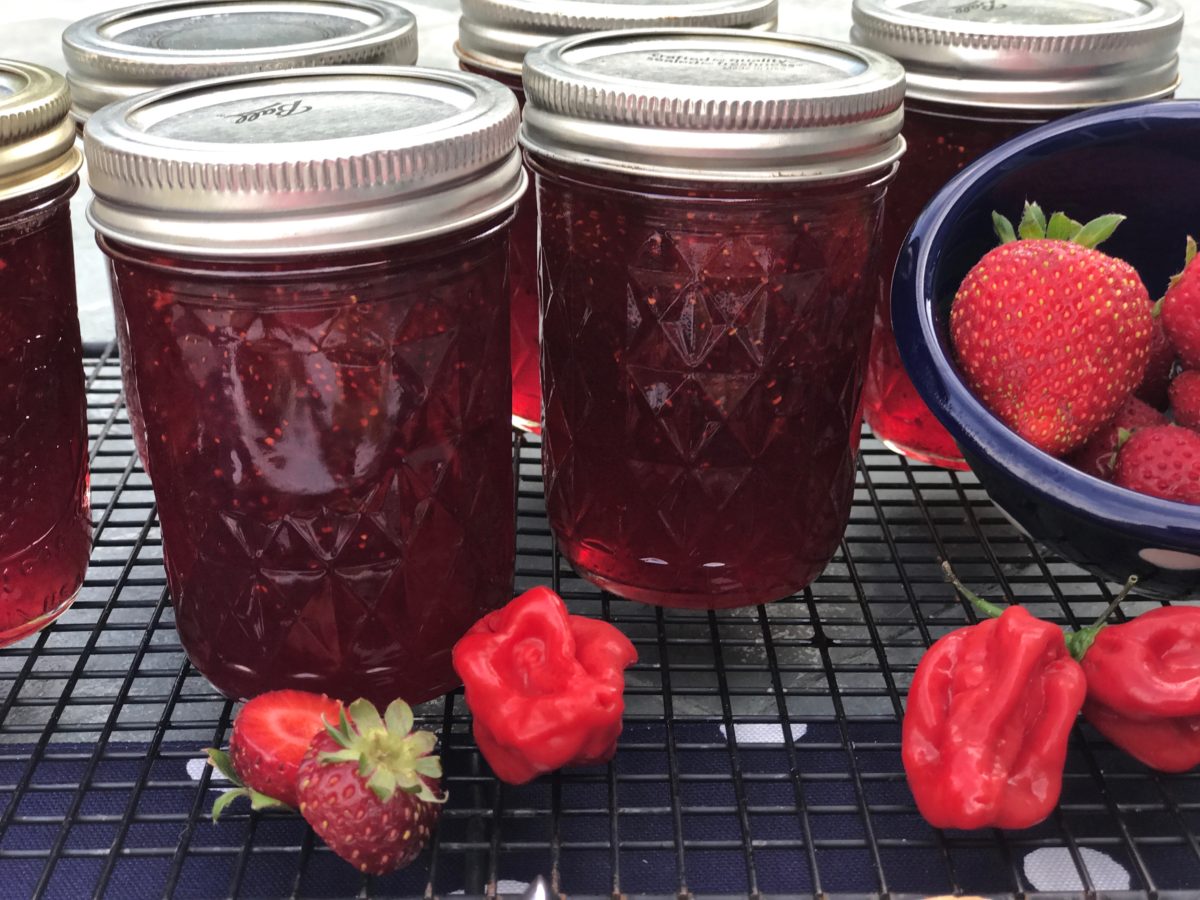