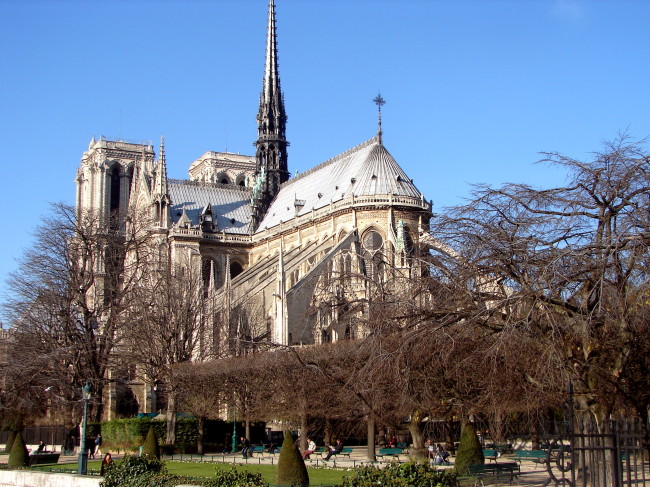 Chapter Two: Putting A Bounce In My Step

Day Three: All I Kneed Is A Miracle, Which Painting Is This, Halles Passage, The Best Little Church In The World, The Shot Heard ’Round The World And Dining Like It’s 1699

The good thing about awaking in the morning (beside the fact that you’re still alive) is that your body goes into action before your brain can react (hey, this is G-rated).  As I attempted to get out of bed and before I could say “Magic Cream”, I was sitting on the side of the bed with my knees bent and feet on the floor. Had I attempted this feat 12 hours earlier, I would have been screaming loud enough to awaken residents in the sixth arrondissement.  It still hurt, but not nearly as much.

Before going out, I rubbed some more of the Voltaren Emulgel (aka Magic Cream) on my knee. I had taken Voltaren pills (a non-steroidal anti-inflammatory drug) in the past for my RA, but I never knew there was a cream. 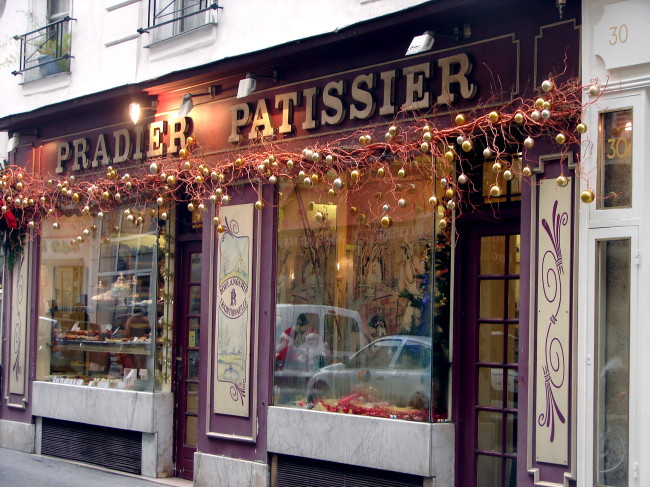 I knew I was better moments later when I tripped over a little crack in the street, and I only muttered a four-letter word instead of yelling it out. Tracy and I stopped in a little place down the street and had croissants and café, so I now I was feeling a little more Parisian. 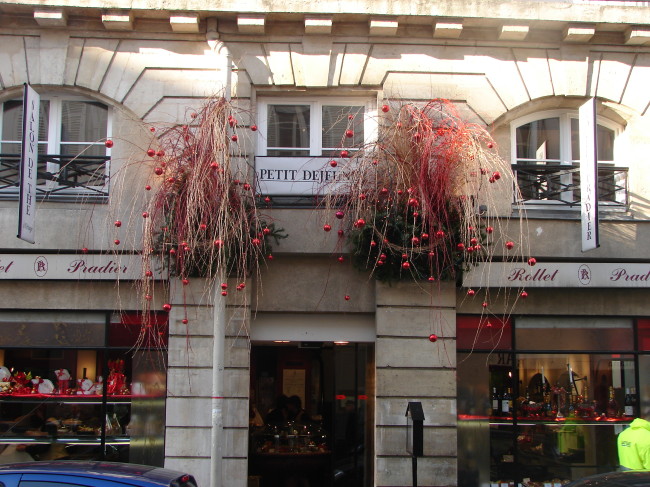 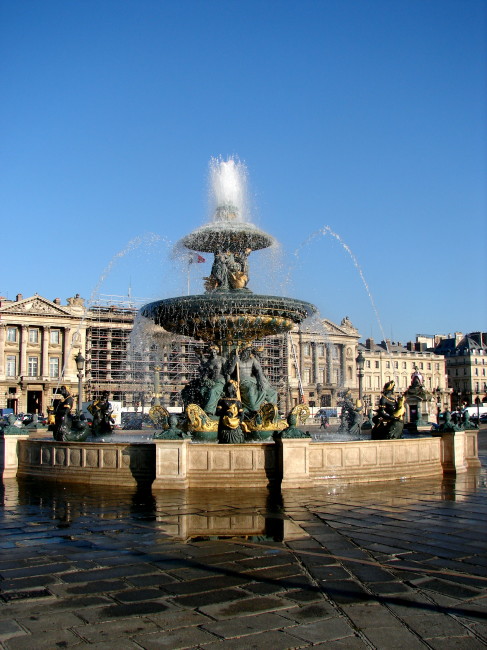 It was another glorious day, so we were soaking up the sunshine (well as much as you can soak up sunshine when it is only 37 degrees outside). 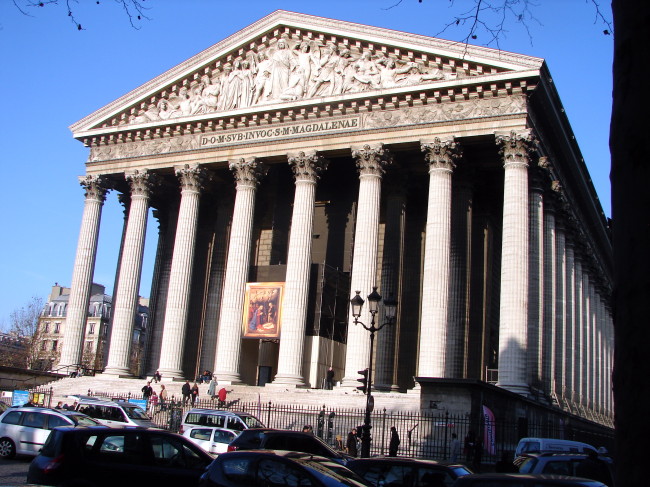 We crossed the Seine and visited St-Germain l’Auxerrois (it so happens we ended up visiting a lot of churches I had never been to before on this trip). 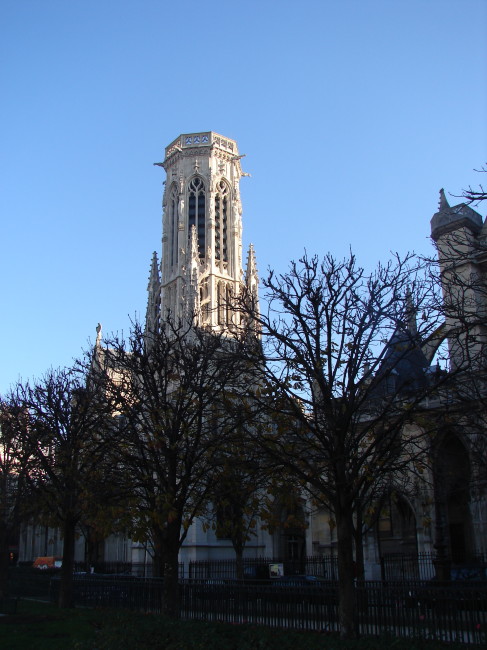 After seeing the giant organ at that church… 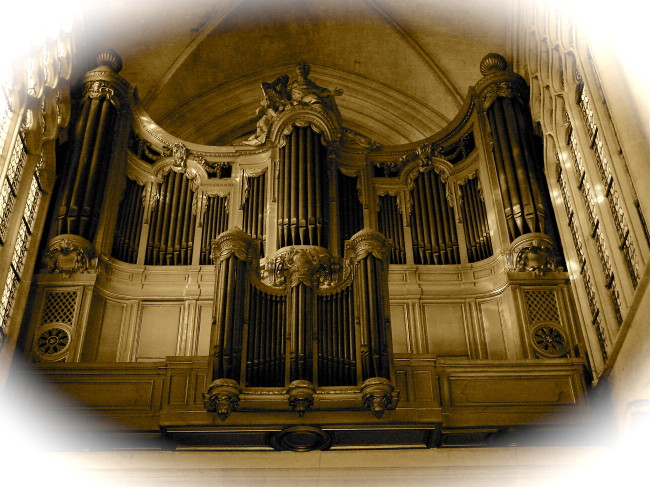 …we wandered over to Les Halles and popped into St-Eustache, the place where Richelieu and some other famous folks were baptized.  I took a picture of the marble tomb of Jean-Baptiste Colbert (no relation to Stephen), who was some mucky-muck under Louis XIV. I thought I could put that picture at the top of my blog and call it The Colbert Report, but Tracy told me that name had already been taken. 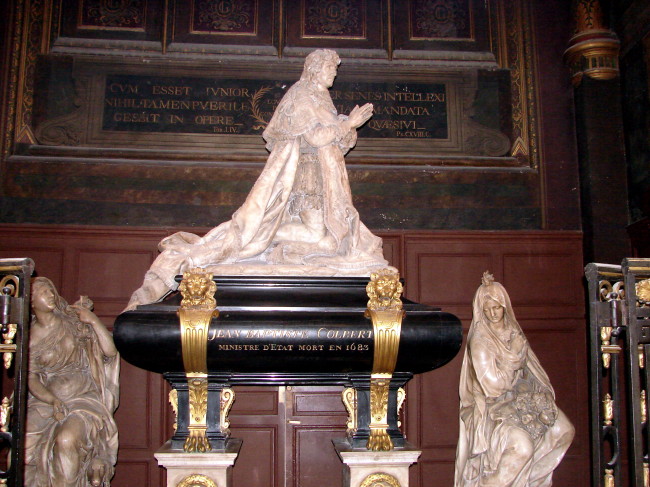 The most famous painting at this church is Rembrandt’s “The Pilgrimage to Emmaus,” but I swear the church had it marked incorrectly, attributing it to another artist whose name, of course, we forgot to write down. I have not seen that mentioned anywhere, so I am assuming (1) we were looking at the wrong painting, (2) I was having a Vicodin flashback (although Tracy saw it, too) or (3) we have discovered something bigger than the Da Vinci Code. 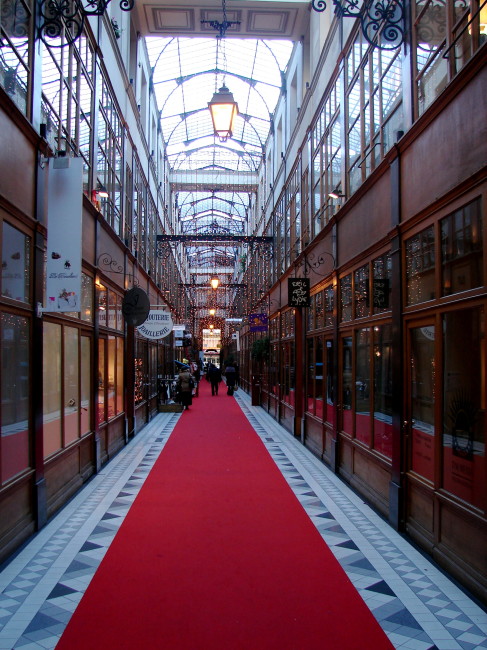 We took a little detour in the Les Halles area and went through one of the passages, and then we decided to make our first metro attempt, since the knee was feeling better. 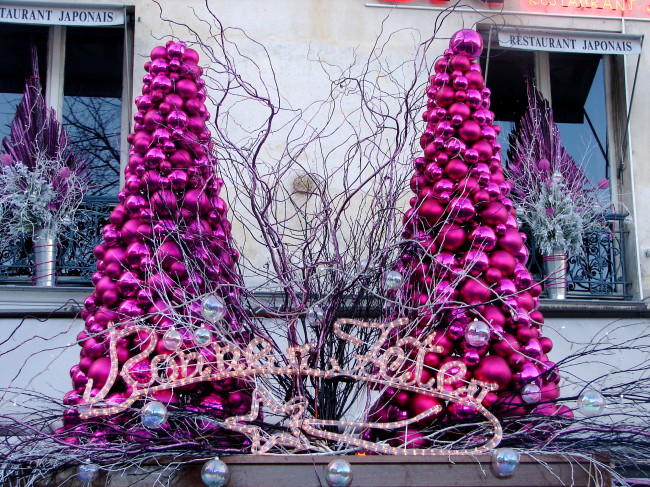 It was a gorgeous day, so in between looking at famous monuments, we also did a little window shopping, although it seemed a bit early for a beer and an Irish Whiskey (we have our standards, you know). 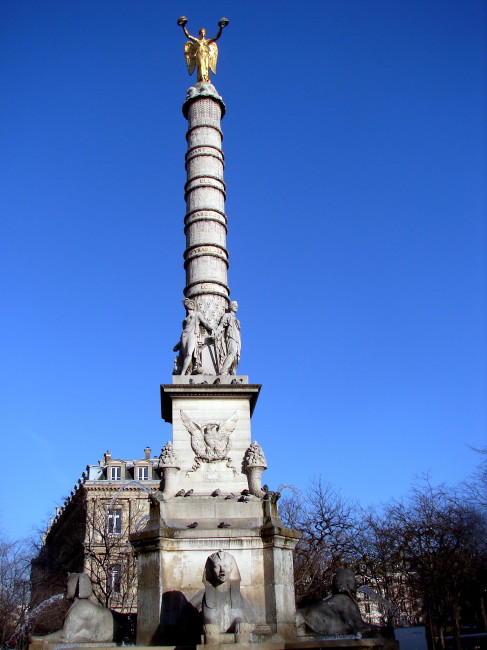 We had already picked up a carnet of tickets and made our way to the nearest metro, where I attempted to use my ticket. I put my ticket in the slot, walked confidently through…well not through because the door would not open.

Inside the little booth, the lady was screaming (yes, screaming) at me. Now before you think this is a case of blatant anti-Americanism or that I did something foolish (not so far fetched an idea), a couple of French speaking people tried to do the same thing, and the lady in the booth screamed even louder at them.

Suddenly a bunch of guys came over and started putting tape over the turnstiles, and we realized the metro station had been closed for an unknown reason. I kept looking for a French CSI agent, but Tracy said we had more sights to see. 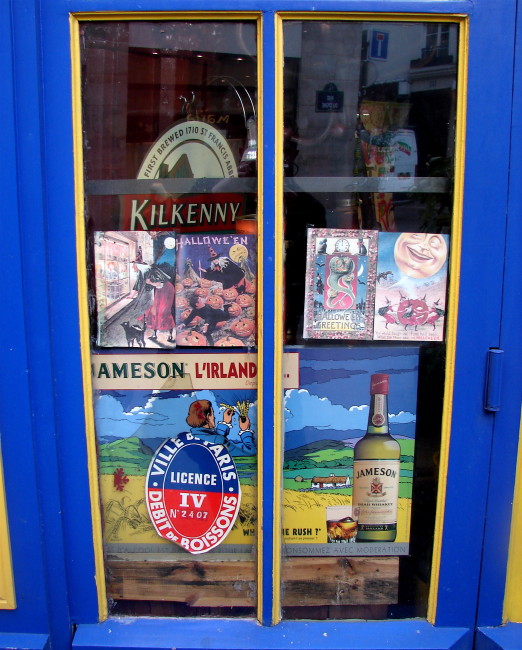 We meandered (love that word) down to my favorite little church on the planet, Sainte-Chapelle. 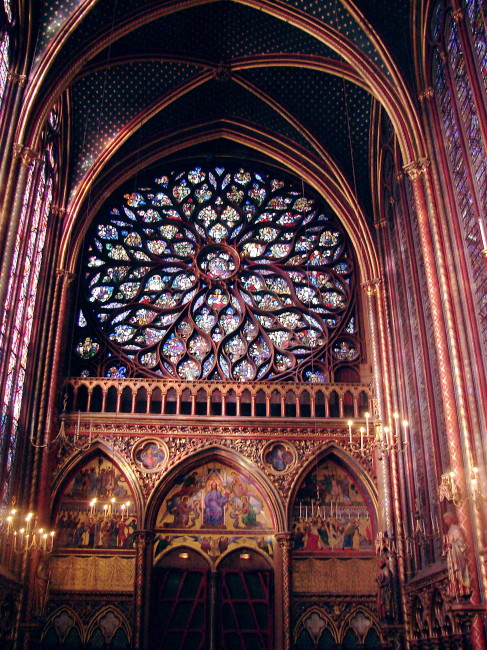 We just love this place, so much so that I even brought some tiny binoculars on this trip to look at the scenes in the stained glass windows. 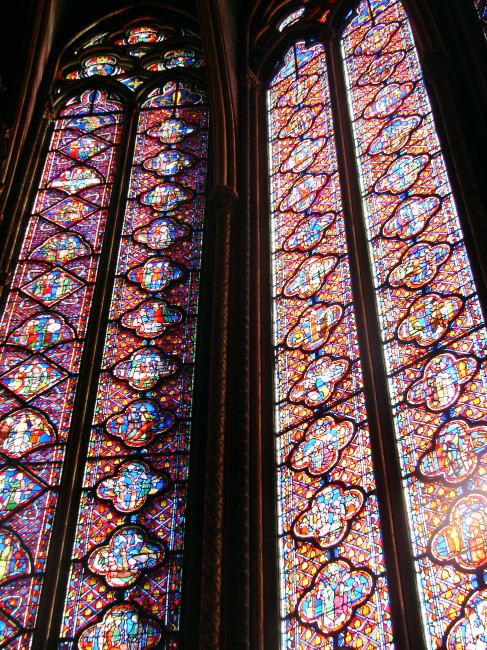 I actually climbed the little round staircase with little or no pain to the chapelle haute that contains the beautiful stained glass, and once again it was merveilleux. The sun was shining through some of the windows, so we felt quite fortunate.  Even with binoculars, the scenes are a little difficult to discern. Tracy asked how, without binoculars, anyone could have ever figured out in the old days what was portrayed in any of the scenes in those stained glass windows. I told her that Parisians must have consumed lots of carrots.

Then it was time to stop at an old favorite. 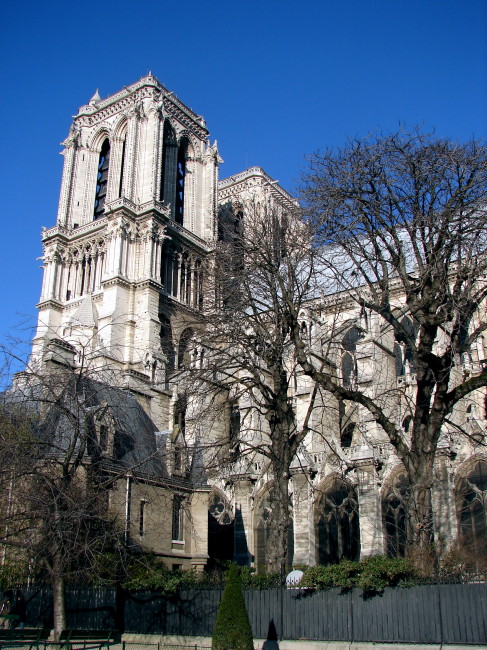 We stopped and took some photos at Notre-Dame (which had a giant Christmas tree in front). 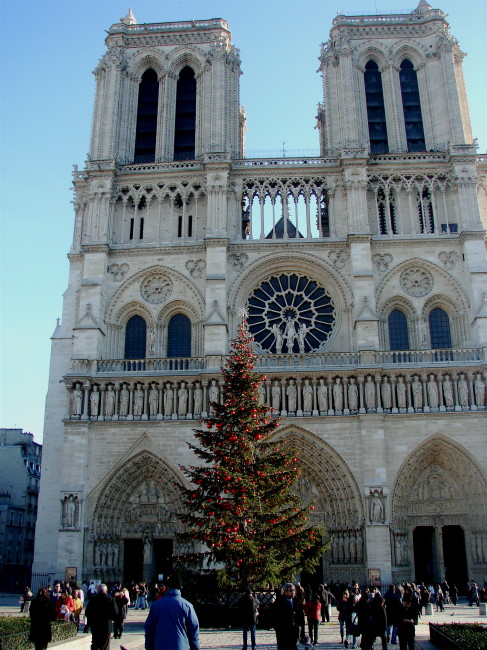 It’s difficult to go to Paris and not take photos of Notre Dame.

It always seems to draw me back. 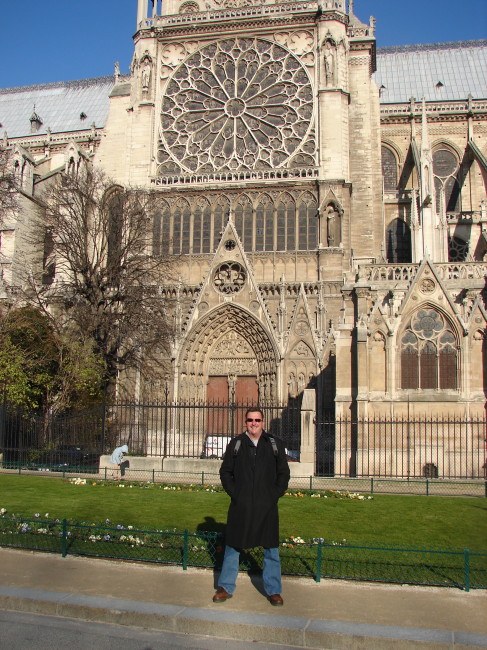 Afterward, we walked over to Ile-Saint-Louis for a bite to eat at Aux Anysetiers Du Roy. 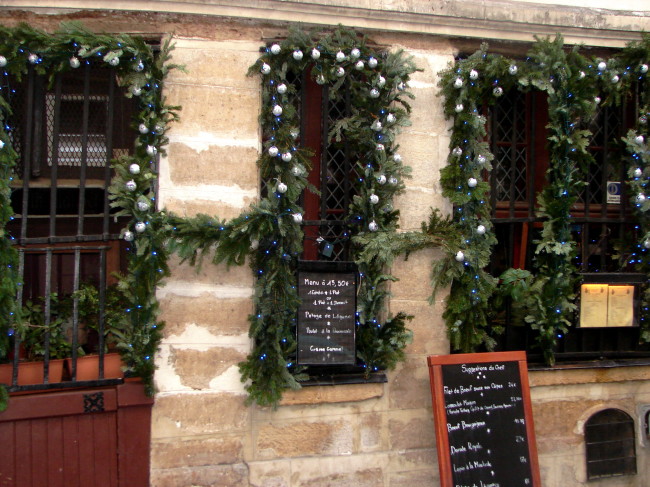 Beef bourguignon was the order of the day and hit the spot on this chilly afternoon, and the restaurant cat, Charley, reminded of us of our tabby (albeit a tad skinnier), who was probably already plotting a revolt with our tuxedo cat when we get home. 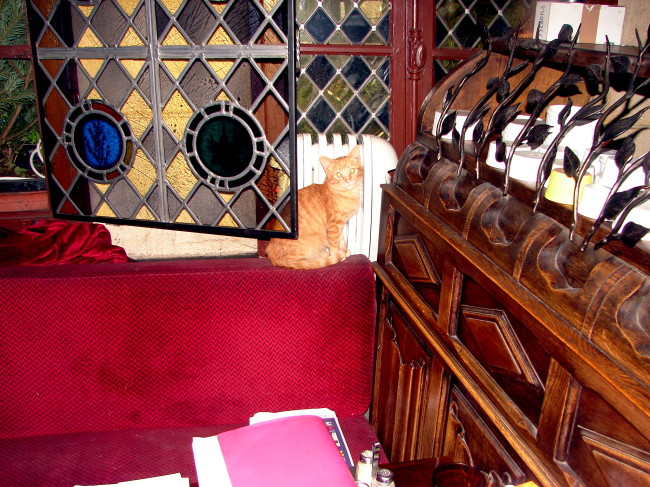 After lunch, we walked through Ile-Saint-Louis and I finally got on the metro. 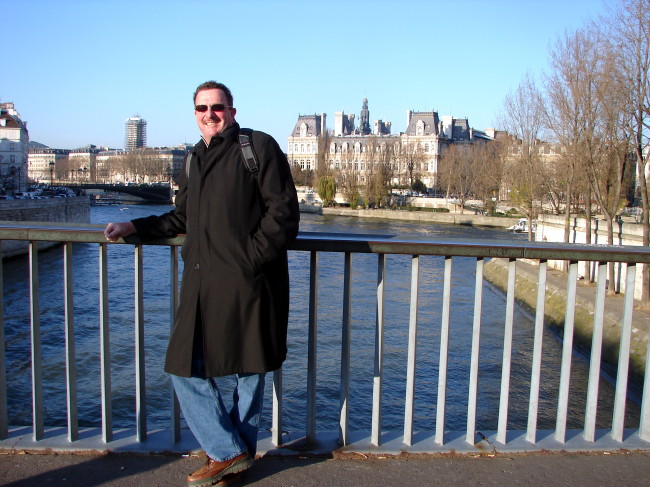 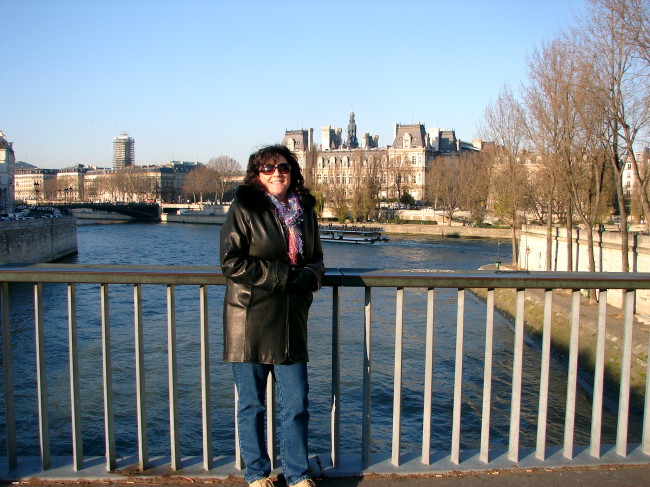 I gimped down the stairs as best as I could, hoping no one was in a rush behind me.

DIGRESSION: I have always been one of those guys to rush and catch the metro when I hear it coming, but on this trip (since running really wasn’t an option), I found that is really pretty stupid during the day, because there is always another metro a couple of minutes later. I guess since we weren’t running, Tracy and I were able to stop and smell the urine (hmm, not as nice a ring as that other phrase) 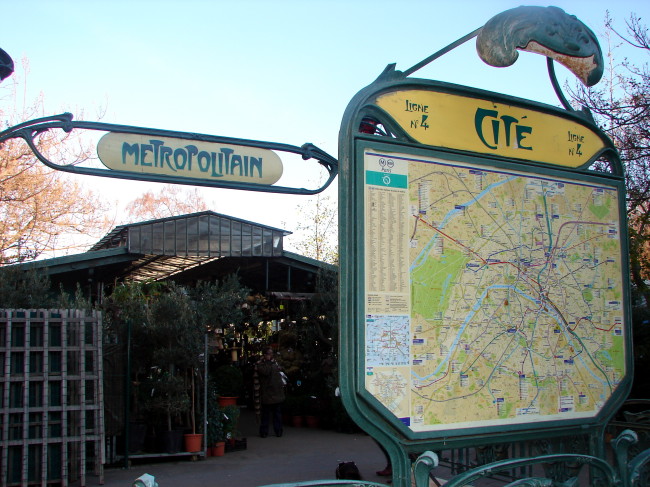 More of my metro impressions (I love the Paris metro system) will be forthcoming later. 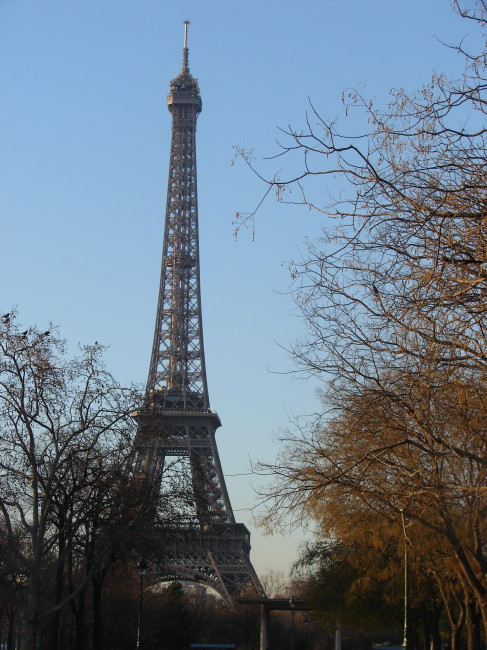 We zipped (ok, I was not yet in zipping mode) over to the Eiffel Tower, took a few pictures, and met a couple from Philadelphia who had escaped the London fog for a day. 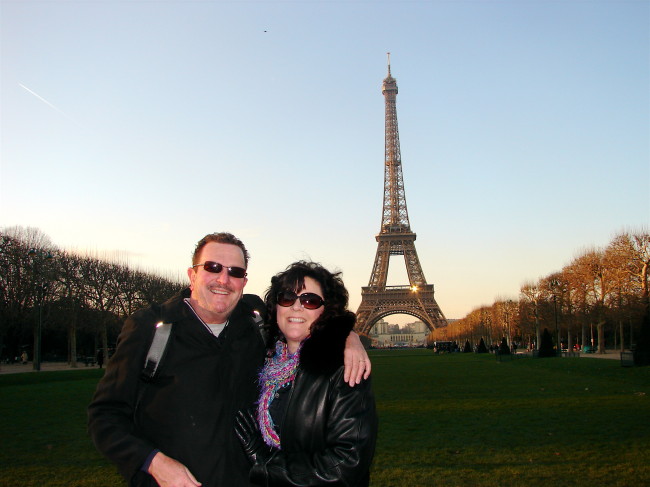 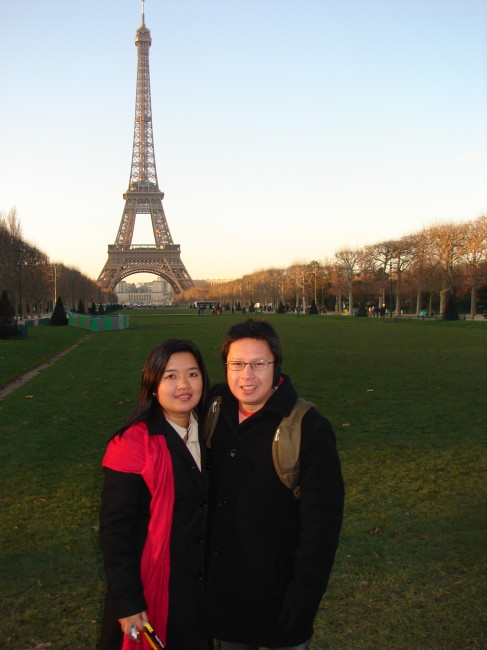 We couldn’t spend a long time their because we needed to get back to the Hotel de Varenne, because it was now time for a new episode of Hotel Surgery.  Late afternoon in Paris was spectacular on this day…and so was the shot I was to receive. 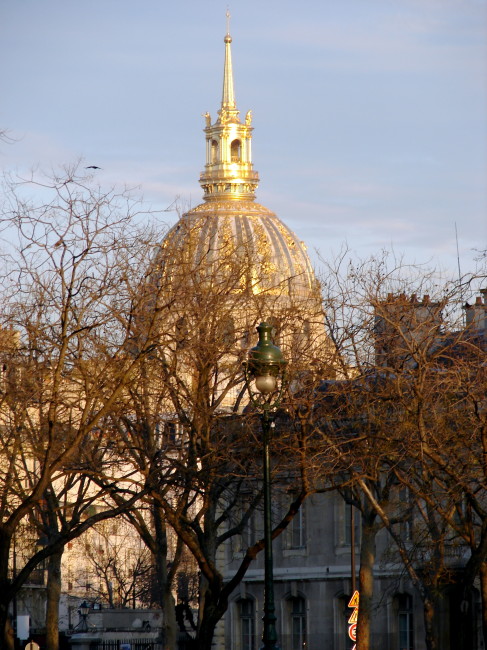 Right on time, my newest favorite person on earth, Dr. Save The Trip, arrived with his nurse (aka Mrs. Save The Trip). We went to our room, where he put a nice, new cloth down on the bed, where I sat as he got out the syringe. He put the medicine (which for you old Laker and Chick Hearn fans I called “Don’t Hurt No More”), put on his gloves, sterilized my knee, put a little mark where the needle was to be inserted and stuck that baby right below the kneecap. I hardly felt a thing.

Had I been able to, I would have gotten down on my knees to thank them, but I thought that might counteract the injection. Instead I thanked him profusely and asked him how much I owed him. “Nothing,” he said. “Any friends of (our friends back in California) are friends of mine.” Try as I might, there was no way he was going to accept anything, so I gave them my undying thanks.

He said, “Your knee will get continually better and should be fine in a couple of days (which was good because we had a Friday walking tour scheduled with guide Michael Osman).” Then like the Lone Ranger and Tonto, it was “Hi Yo Peugeot, awaaaaay!” 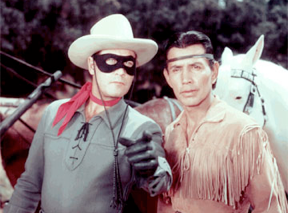 After they left, Tracy and I said it was pretty amazing that a doctor in my hometown wouldn’t take five minutes to help me, but a complete stranger in Paris took a good six or seven hours out of his busy life, didn’t charge me a euro and, basically, saved our entire trip to France.

But discussion about the American medical profession and its shortcomings had to wait, it was time for something much more important…dinner.

We walked down to 36, rue de Grenelle to La Petite Chaise (photo from a hotel website), which is one of the 100 restaurants in Paris that claims to be the oldest restaurant in Paris. We sat downstairs in a cozy little room. For those that care, there was only one other table (that we could hear) of English speaking persons, but we didn’t see very many Americans for the entire week. 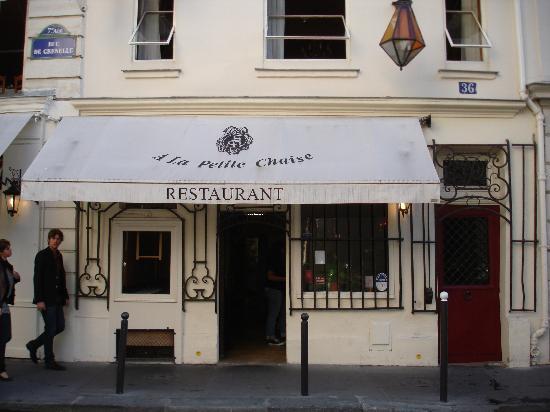 The dinner included my favorite (escargot), a delicious canard, a carne agneau (rack of lamb that was delicious and an incredible chocolate cake in a crème anglais. As usual, we also had an apertif, a bottle of good vin rouge and some café.  The bill ran a tad over 100 euros.

When we got back to the hotel, our friends (who set in gear the saving of the trip) had sent us a bottle of champagne. Coincidentally, that was where we were headed the very next day.  After putting on more magic cream, I had the most restful night I had enjoyed in almost a week. Vive la France!

Next: Day Four: Citizen Cane, The Train To Champagne Then Quiche Lorraine, Reims Time, Unbutton Your Damn Coat, I Surrender, City Lights And The Apple(s) Of My Eye