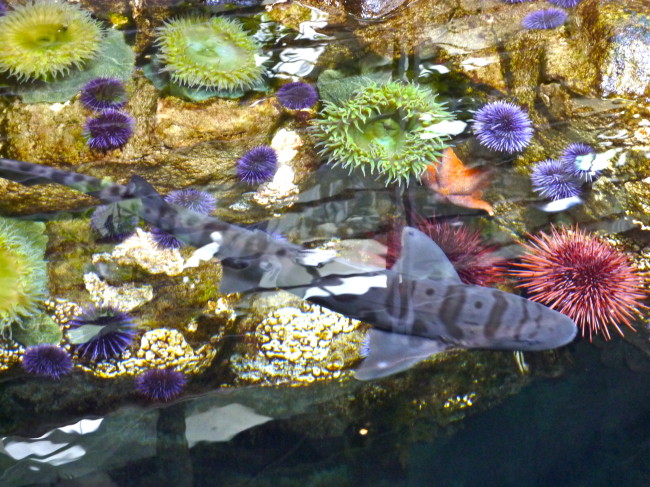 This was going to be the day that Mary, Kim, Tracy and I were to venture from Bodega Bay into “The City” (also known as San Francisco) to see the Birth of Impressionism: Masterpieces From the Musée D’Orsay at the M.H. de Young Memorial Museum in Golden Gate Park. Mary had already purchased the vouchers and everything was set…except for one minor detail: the de Young Museum is closed on Mondays. It was on to Plan B. 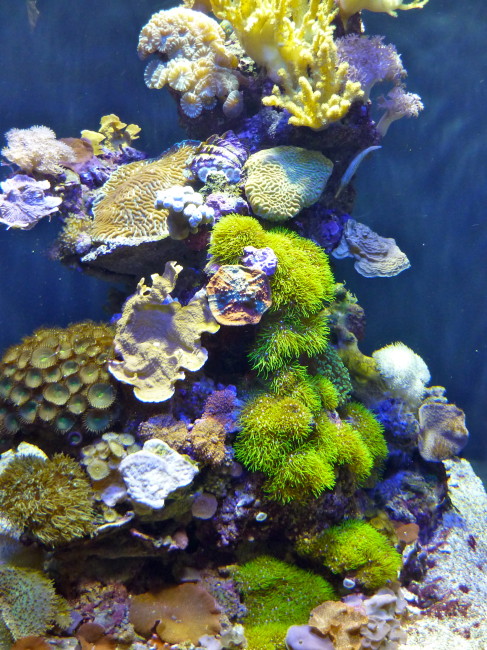 It was another nice day as we drove down to San Francisco, but as soon as we neared the Golden Gate Bridge, the famed Bay Area Fog greeted us.  We were on our way to Golden Gate Park, but instead of seeing a Monet at the de Young, we would instead be witnessing a Moray (along with other amazing creatures, rock formations, rain forests and more) at the California Academy of Sciences. 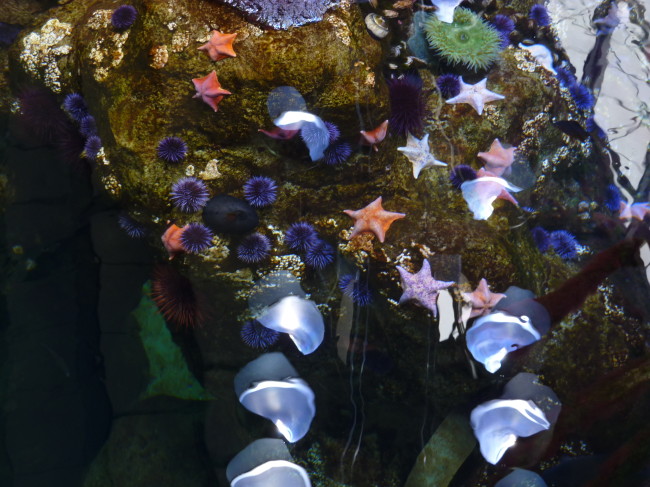 After trying to find a free space on the street, we gave up and parked underneath the museum. The museum is pricey ($24.95) for adults (ten bucks cheaper for kids four to 11), but in the end we felt it was worth it.  Hint: There was a long line to get tickets, so to save time, skip the line and get them at the machines that are located conveniently outside the entrance. 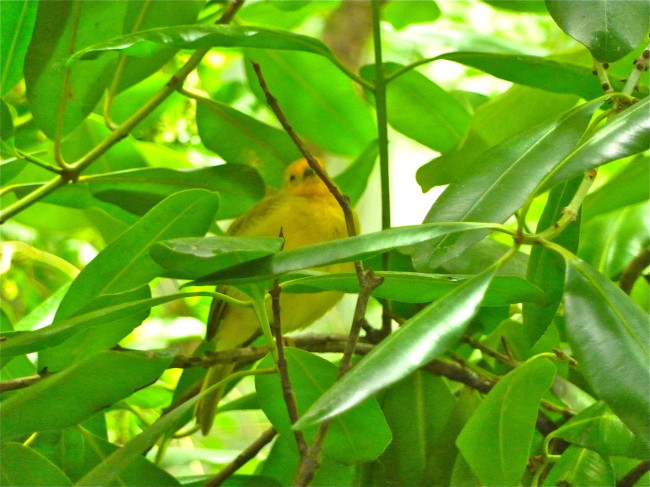 The museum touts that it “brings the whole universe under one roof, an Aquarium, a Planetarium, a natural history museum…and more!” 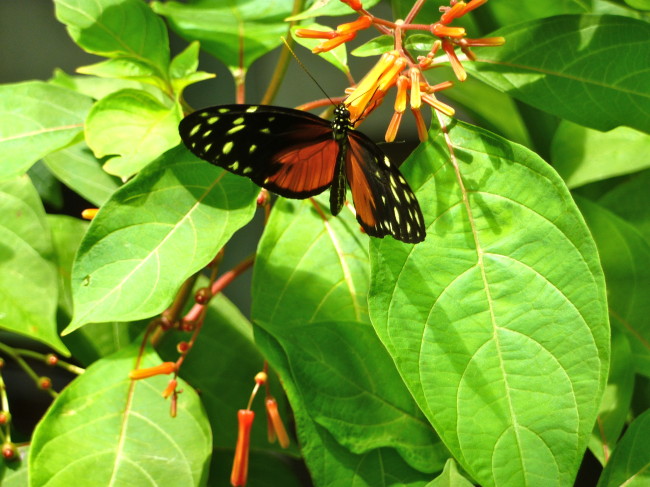 The building is more than 400,000 square feet and boasts a 2 1/2 acre Living Roof. There is also a Rainforest full of butterflies and other exotic beings. 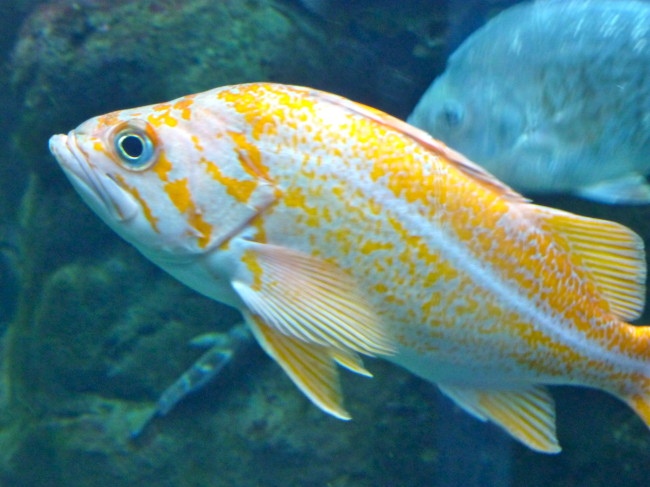 Once inside, you have options. Since the line to the rain forest was long, we opted to go downstairs to the Steinhart Aquarium, which we thought was spectacular. The huge tanks feature everything from sea life from the Northern California Coast to Philippine Coral Reefs to African Penguins. The Jellyfish below really caught our eye, with its bright orange making a beautiful sight in the tank. 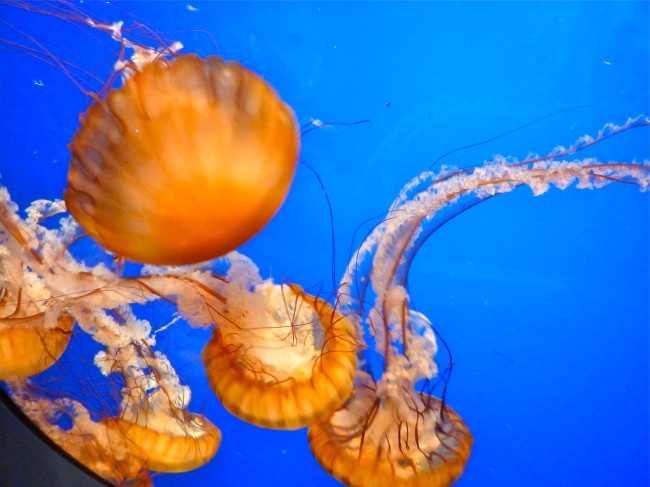 There were a couple of other fishy friends who we also found interesting. The guy on the right coming out of the rock was in definite need of a face lift. 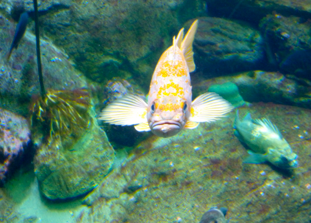 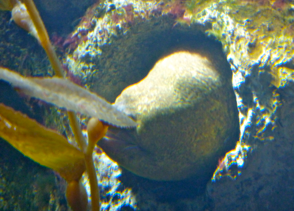 We had 3:30 reservations for the Morrison Planetarium show entitled Journey To The Stars, but luckily, after we had wandered through the Natural History Museum area, Mary charmed the ticket taker, so we scored the last four seats for the 1:30 showing.  The website says that the “Morrison Planetarium is the largest all-digital dome in the world with a 75-foot diameter projection screen tilted at a 30 degree angle.” That said, I was a little disappointed in the show, which I found kind of boring (although Tracy got a well-deserved nap after nearly being devoured by a creature earlier in our tour). 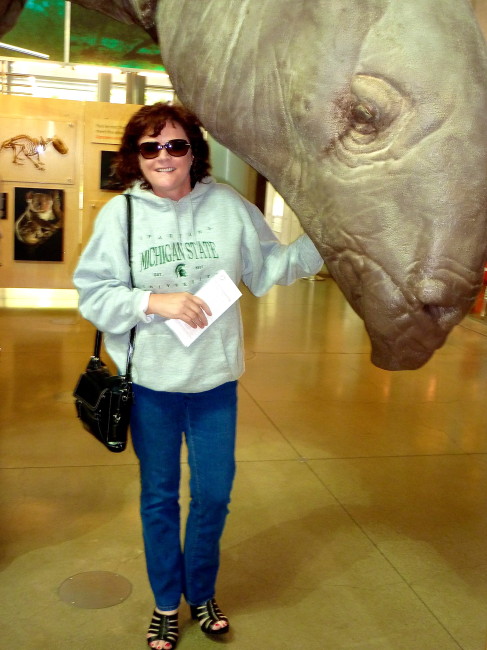 After the show we headed to the Four-Story tall Rainforests of the World. It was only about a ten minute wait that included repeated warnings not to leave the rainforest with a butterfly attached to your clothing. 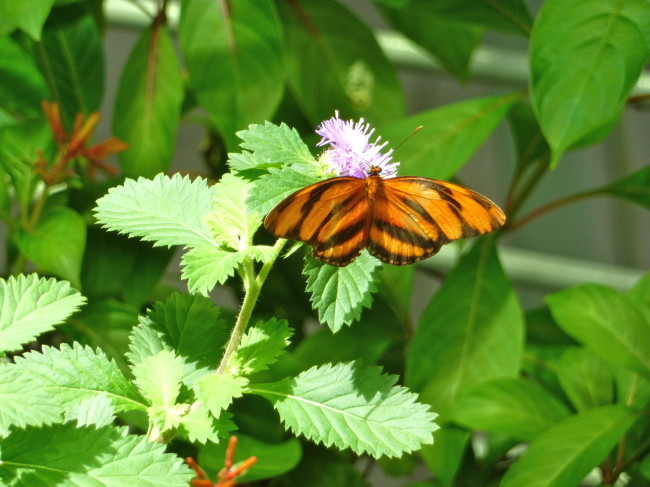 Once in the rainforest area (which is quite warm to be sure), we saw bats, birds, chameleons and even a Gecko that Kim quipped, “If you give him 15 minutes, he can save you 15% or more on your car insurance.” 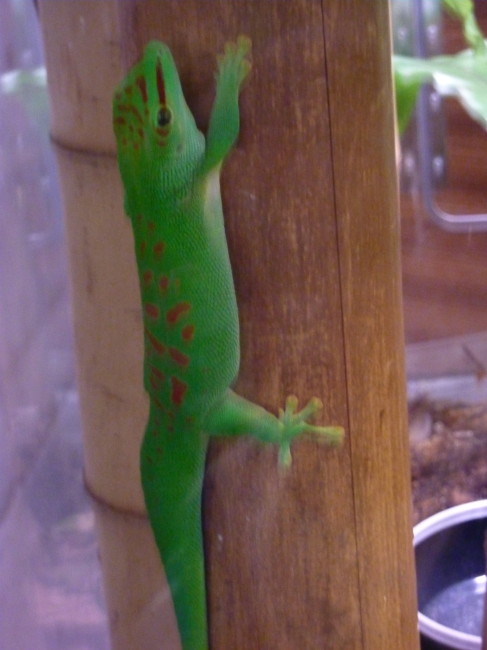 We also saw some cool looking red and blue frogs and plenty of butterflies. None escaped on our watch. 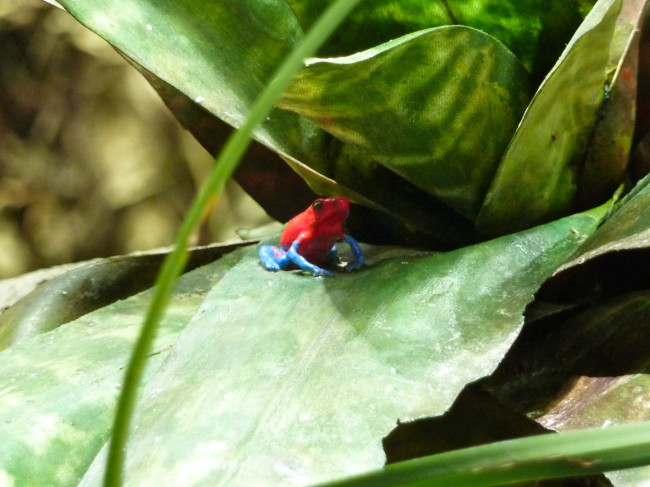 An elevator then takes you down the four stories you have climbed and you will find yourself in an acrylic tunnel walking below sea-life that you have just witnessed from four stories above. 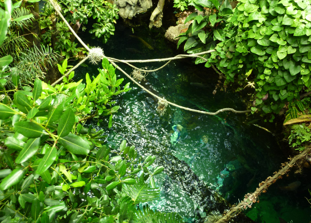 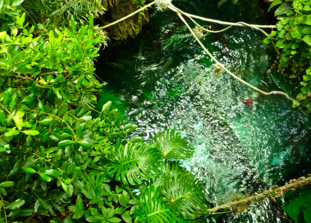 By now, the four of us were starved, so we headed for The Academy Café for some food. There are lots of different multi-cultural choices to choose from at different serving stations (the tacos were terrific). It kind of reminded us of the good food that we had while at the National Museum of the American Indian when we visited Washington DC last year.

As we left, I bade goodbye to the Tiger Shark swimming over a multi-colored coral reef. He was gracious enough to pose for one final photo.

There were lots of children here on a Monday afternoon, but for the most part they were well-behaved, so if you’re a parent I would think this would be a great place to take your kids when visiting San Francisco.  We thought the experience was well worth the cost. Science was never this fun at school. 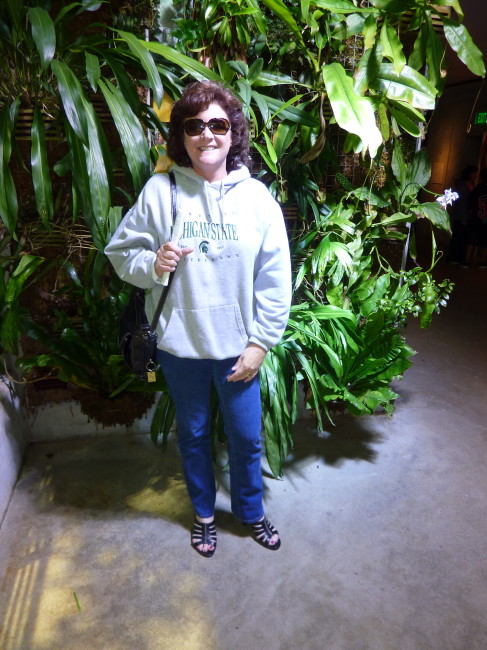