Music Under The Stars 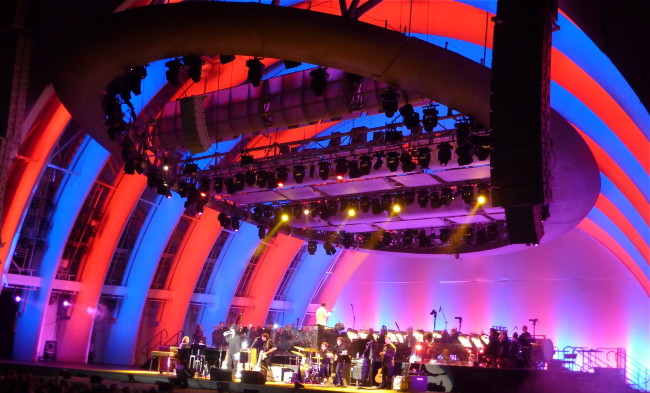 For the better part of the last 40 years, there has been one place in Southern California that draws me back at least once every summer, and it has nothing to do with the beach. The famed Hollywood Bowl is a venue that every Southern California visitor should experience at least once if you get the chance.  From classical to jazz to rock n’ roll, The Hollywood Bowl is THE place to go for a concert under the stars. 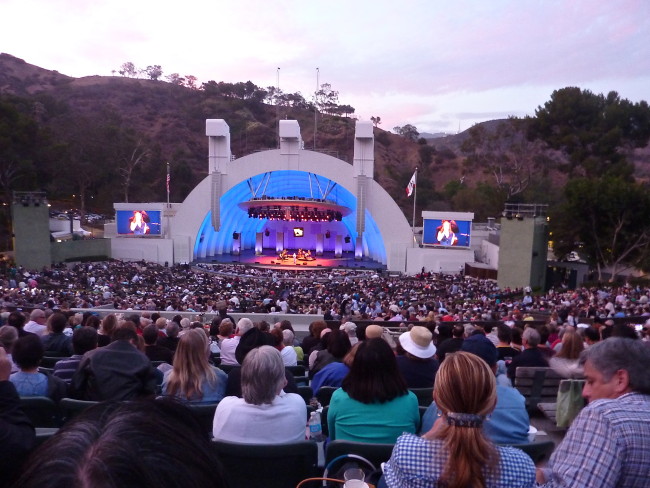 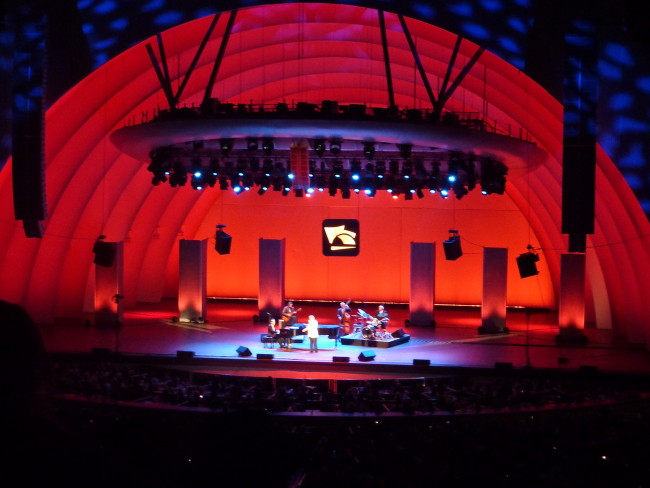 Usually we get there long before the concert for a picnic. 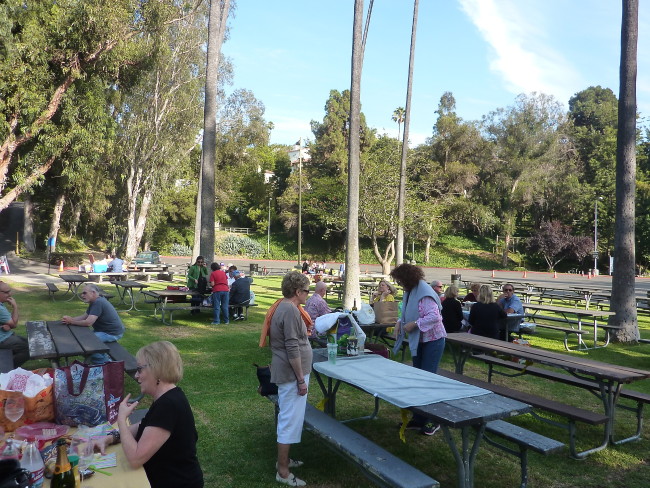 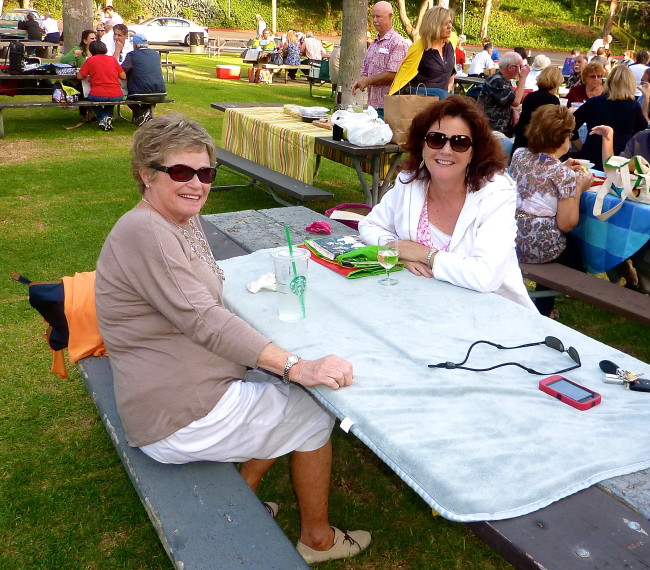 There’s a park across the street where you can bring your spread.

Whether it’s a classical concert or a special performance such as the play Hair in August 2014, a picnic in the park is a great way to start your evening… 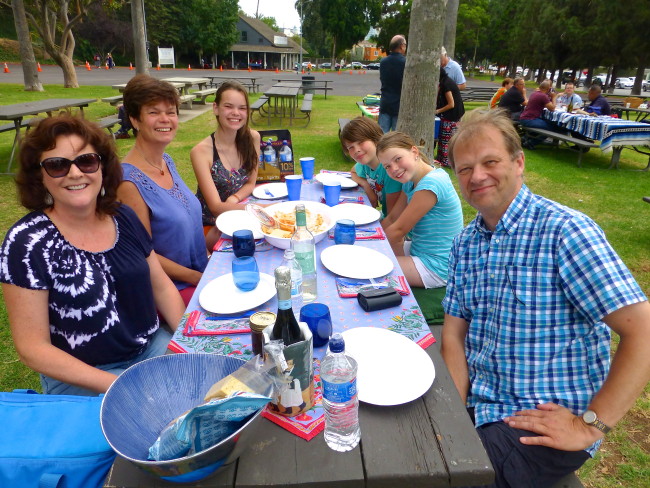 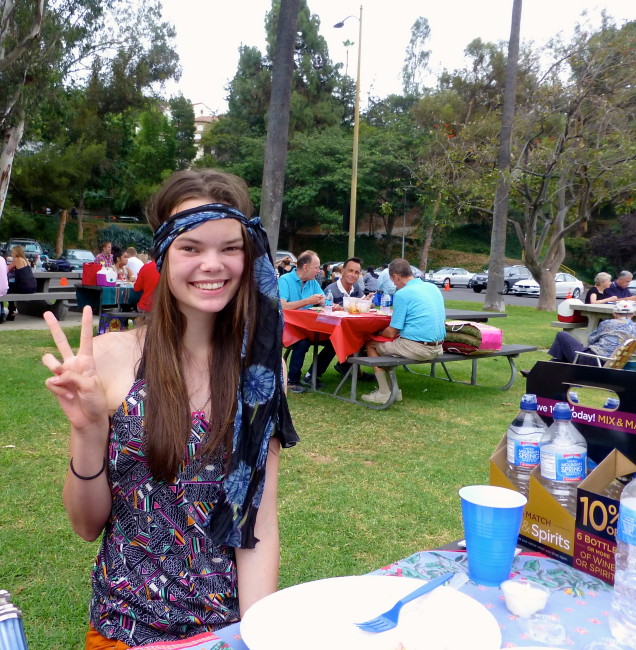 …or you can take food (and wine) to your seats. If you’re really lucky, like we are, if you have friends who have access to the box seats (primo baby), that’s where you can bring an even more luxurious dinner, complete with tables. 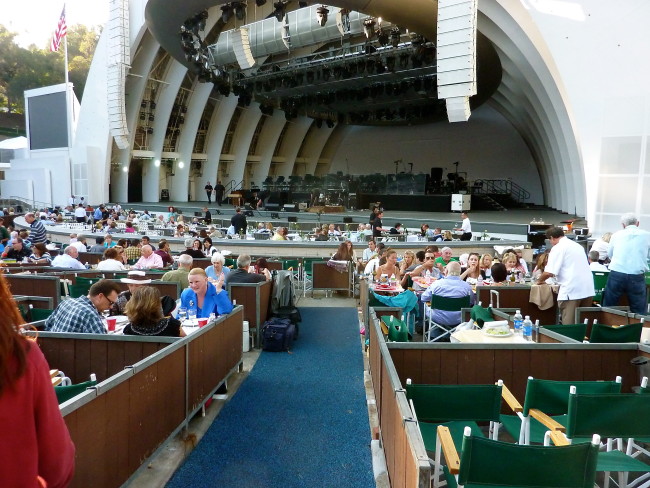 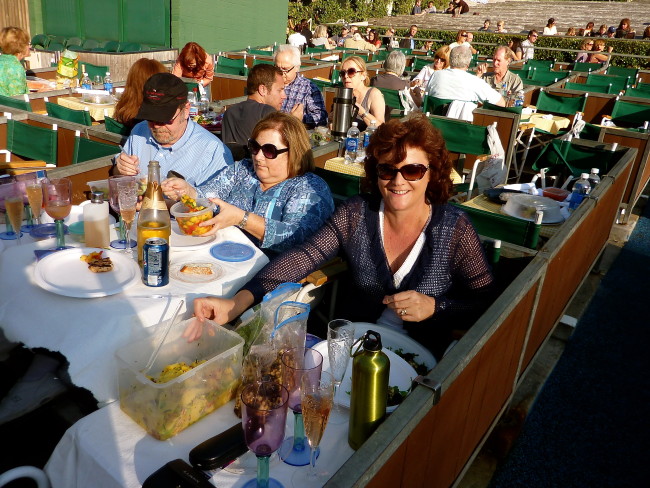 The Hollywood Bowl is the summer home of the Los Angeles Philharmonic Orchestra, who first played at an Easter Sunrise Service in 1921. It’s “Symphonies Under The Star” began a year later (all the old photos are from Hollywood Bowl website). 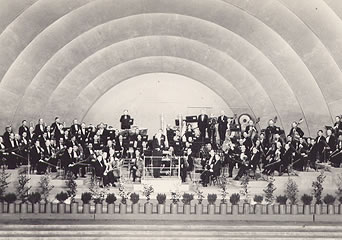 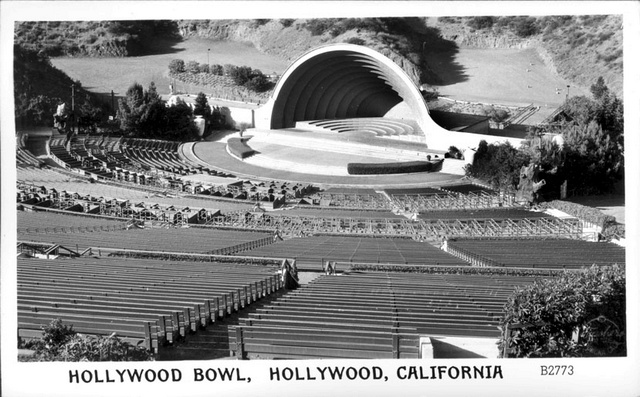 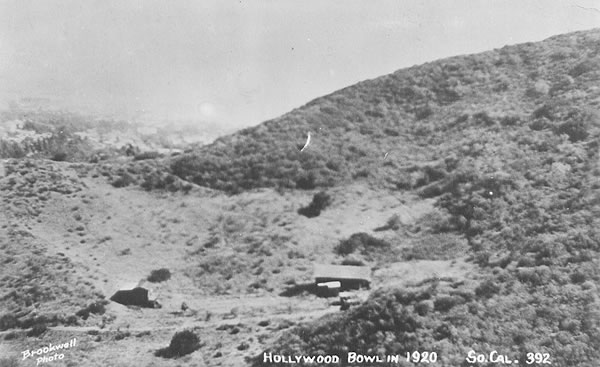 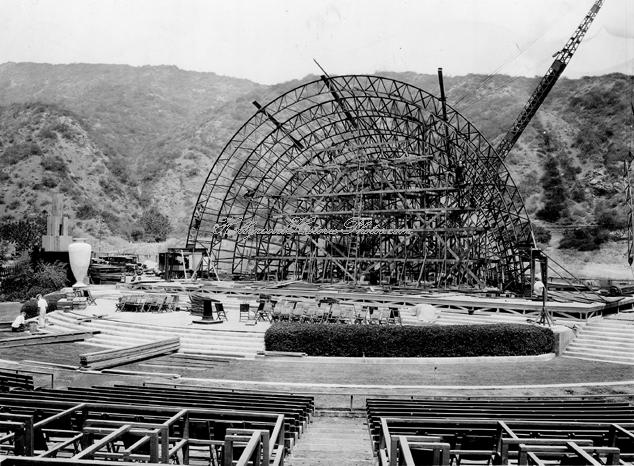 When the Beatles first visited Southern California, it was the Hollywood Bowl where they played (always sorry i missed that one). 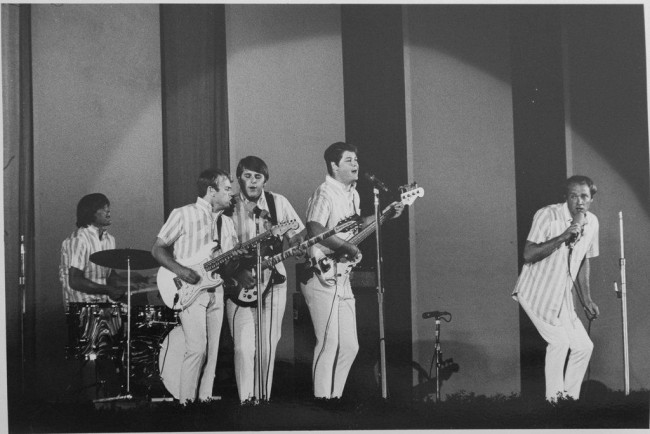 The Beach Boys also played here back in their heyday. 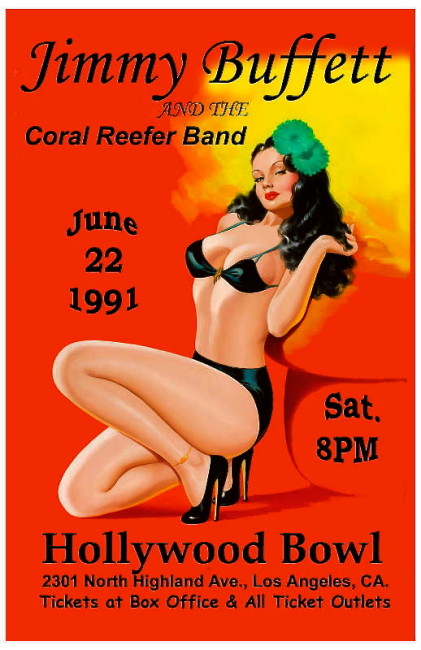 I’ve seen Fleetwood Mac, Jimmy Buffet and Eagles here among many other rock groups, but it’s the L.A. Philharmonic I come back to see every year. What a relaxing evening (well, except for the parking that can be somewhat of a nightmare afterward to leave). To alleviate the parking scenario, there are buses that run here from many areas of the city. 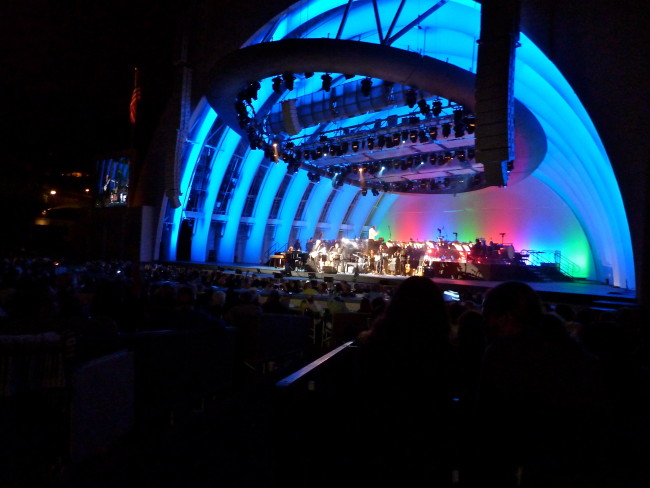 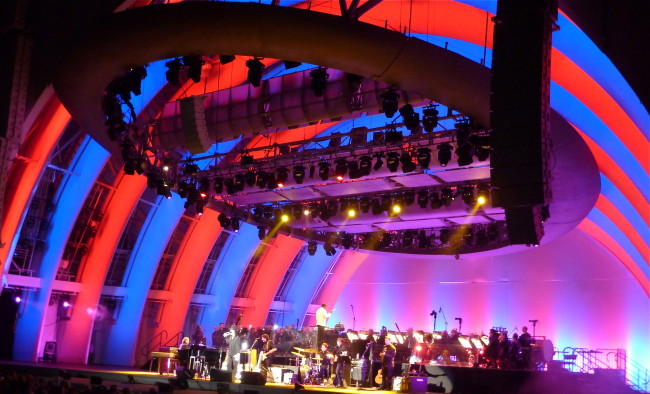 In August of 2013, we got a special treat when we got to go see Tony Bennet perform the day before his 86th birthday.  The boy can still hit, although his dancing has slowed a bit. 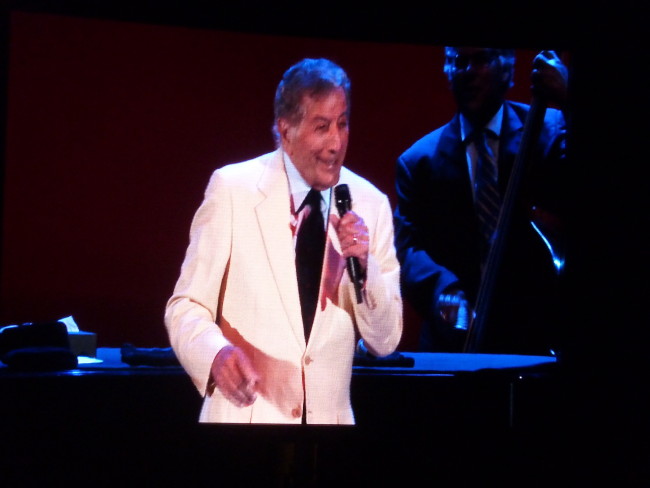 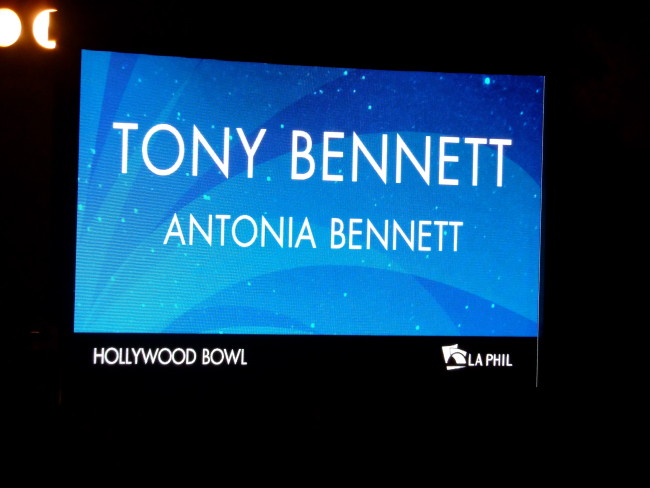 If you visit The Hollywood Bowl during the day, you can stop by the Hollywood Bowl Museum (takes about a half hour), but for the true experience, buy a ticket.  I like the Tuesday or Thursday classical music concerts, but the special events like Hair (below) are terrific, too.   Bring a picnic and a bottle of wine (try not to drop it during the concert) and enjoy a Southern California tradition for many of us… 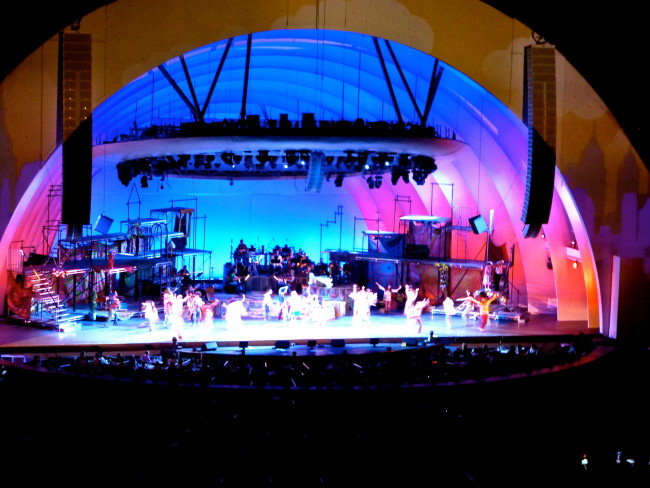 …a night at the Hollywood Bowl. Cheers!! 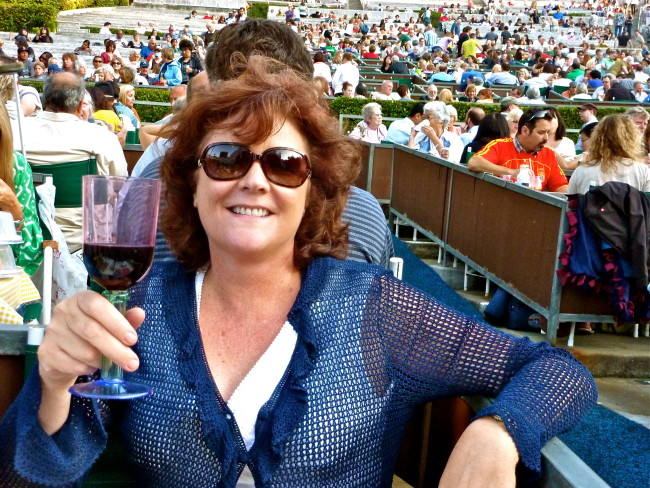