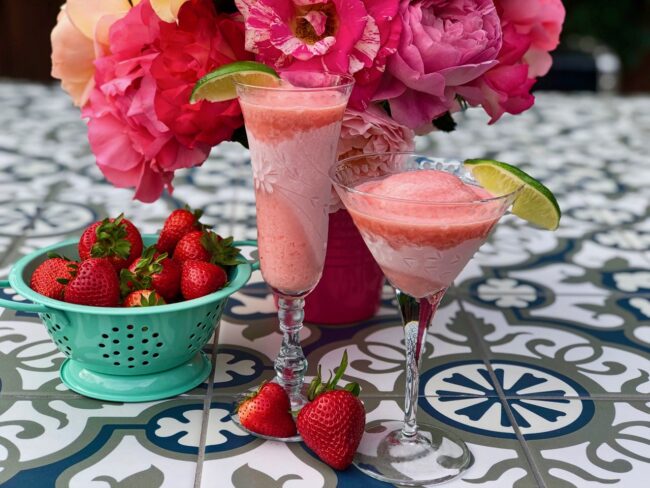 The saga of the evolution of today’s refreshing brunch cocktail is somewhat muddled in time, but its path to me is thanks to a friend of my parents, a famed Hollywood and Las Vegas set designer, who also had a connection with some bigwigs at Jose Cuervo in Puerto Vallarta.

My dad was a custom house broker, and his company imported costumes for the Lido de Paris at the old Stardust Hotel in Las Vegas in the 1970s. The art director who designed the elaborate and huge sets for that show was Harvey Warren. Soon, my parents became good friends with Harvey and his wife Marge, not to mention Madame Bluebell (Margaret Kelly), who assembled and trained the first Bluebell Girls at the Folies Bergere in Paris and who are still the featured act at the Lido de Paris on the Champs-Élysées. 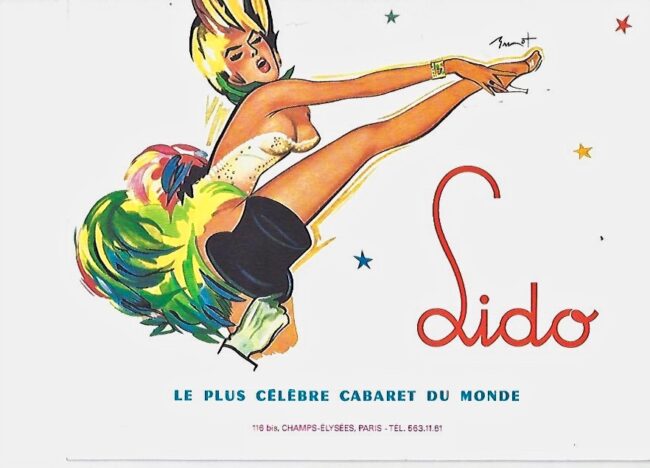 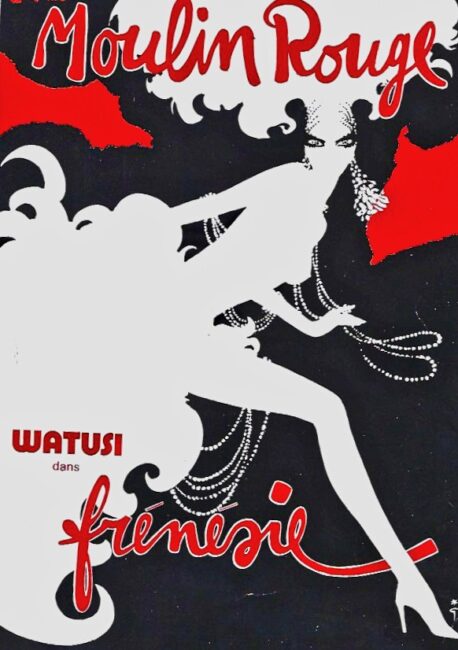 Madame Bluebell invited Harvey and my dad to Paris for the show at the Lido on Avenue des Champs-Élysées. Here’s a picture of them (two guys on left … my dad in the middle) taken in the late 70s or early 80s.  They even kept the programs (above). 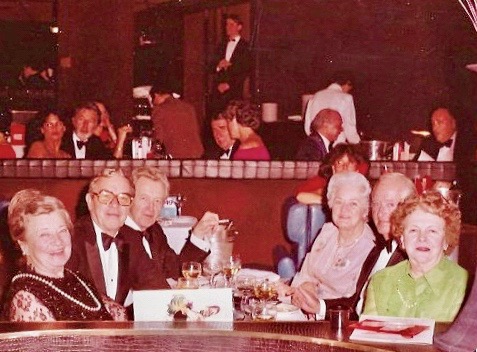 It so happened that Harvey and Marge also owned a gorgeous home in Puerto Vallarta (I believe it was once featured in Architectural Digest), where my parents visited occasionally. On one visit, Harvey whipped up a blended concoction consisting of lime aid, vodka, triple sec, ice, an egg white, and sour cream … yes, sour cream.

My recollection was that Harvey had told me he had conversed with Jose Cuervo, and this was Jose’s favorite libation. However, since Jose lived in the 18th century, that would have been difficult (even my parents and the Warrens weren’t THAT old), so I believe this recipe was shared with Harvey by one of the owners of Jose Cuervo while they stayed in Puerto Vallarta.

I always loved it when Harvey and Marge came over to the house. They were among my parents’ best friends, and Harvey was certainly the most creative of their acquaintances.

In any event, the drink was a staple of mine for years, but it had been quite a long time since I had made what Harvey called the Leche de Madre (Mother’s Milk). I was afraid the recipe had been lost to history. Proving that I had not killed all my brain cells in the past two decades (some, but not all), I was able to replicate the drink on my first attempt.

Mai Tai Tom Warning: If you drink more than two of these, it is best not to operate heavy machinery for the remainder of the day.

This frothy, frozen libation can be made with or without the strawberries but as pink is Tracy’s favorite color, and strawberries are one of my favorite fruits … go pink! I always add an egg white at the end to make the drink frothier. If you don’t like egg whites or are worried they will kill you, leave it out. 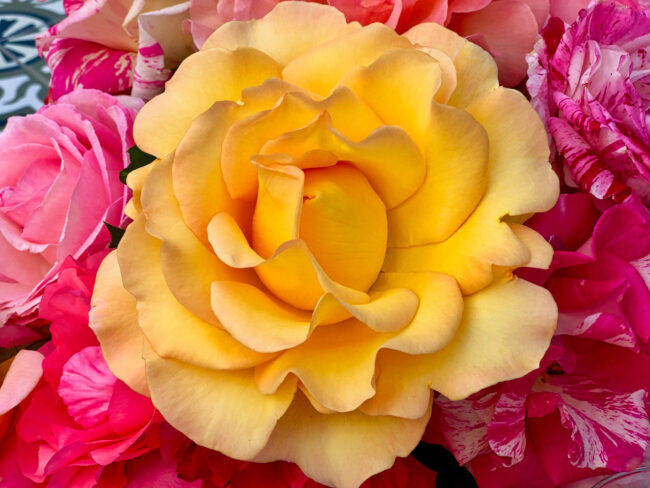 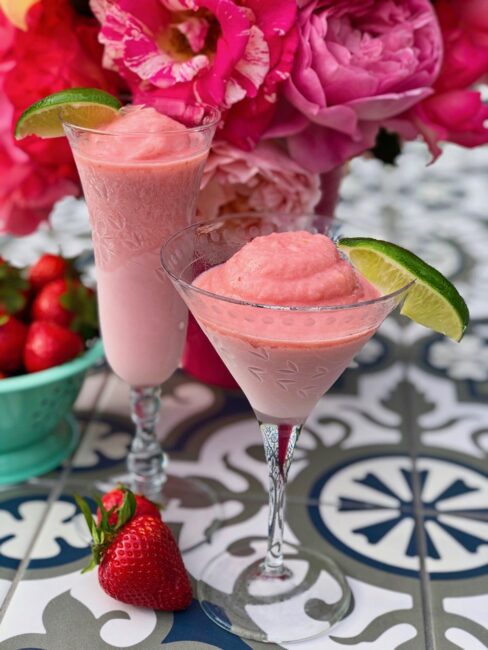 Working quickly, put the Limeade in the blender and fill loosely with ice. Pour in the vodka and triple sec. Add sour cream, strawberries, and sugar. Combine using the “crush” on your blender. Once the ice is sufficiently crushed (but not runny), switch the blender to “liquefy” for 1 minute. 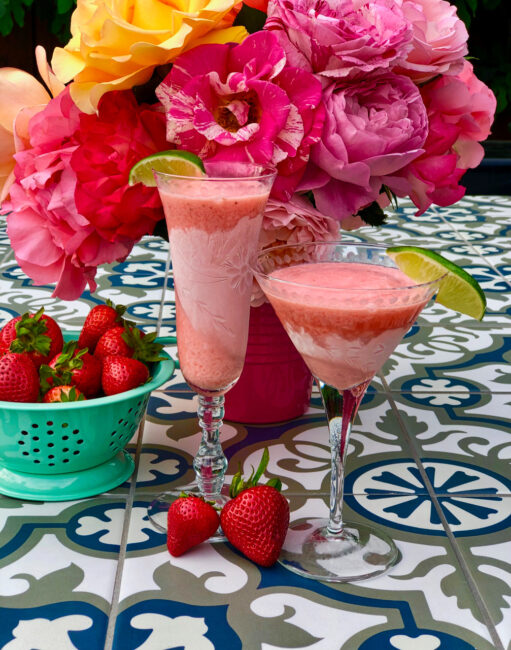 With the blender running, remove the center of the lid and carefully pour in the egg white, and blend until frothy (20 – 30 seconds). Once again, the egg white is optional, but it does make the drink frothier.

For a more frozen cocktail (left), make in advance and freeze in Ziplocks (lay flat for freezing).  Defrost slightly before serving and run briefly through the blender one last time. Good to have on hand for parties (when we get to have those again!).

Serve immediately. Store any leftovers in the freezer as it melts rapidly.