D-Day Commemorated At A Mall 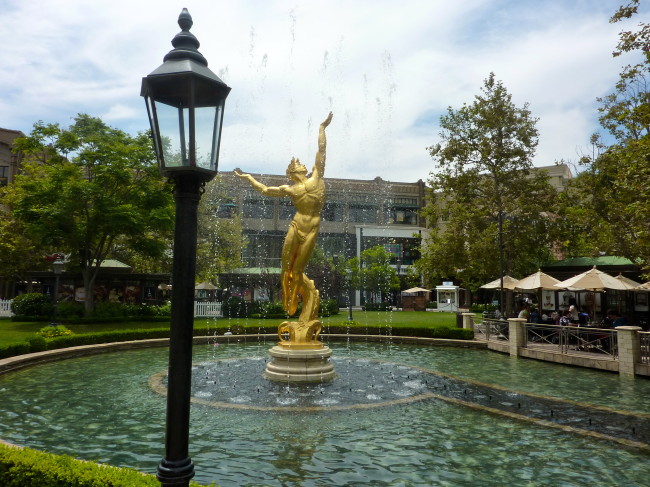 Spirit Of Youth Rising From The Waves – Glendale

If you have ever visited the American Cemetery in Normandy (as we did last autumn), you probably saw the sculpture named Spirit of American Youth. It represents the nearly 10,000 soldiers who gave their lives and are buried at the cemetery. The entire experience is quite moving. 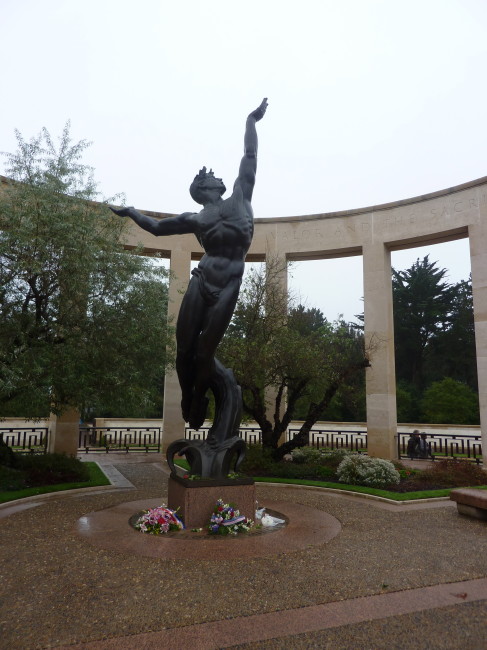 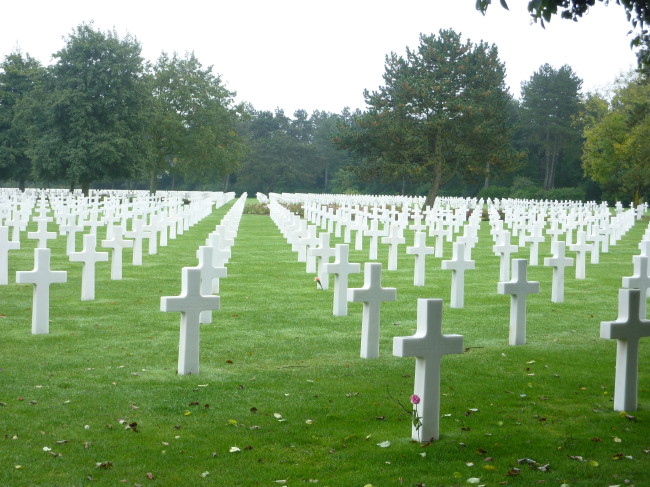 That’s why it was a little weird to see a replica of that statue in the middle of a mall in Glendale, but there it stands. The Spirit of American Youth Rising From The Waves is the brainchild of Rick Caruso, the man behind the humongous Americana at Brand Mall in Glendale. 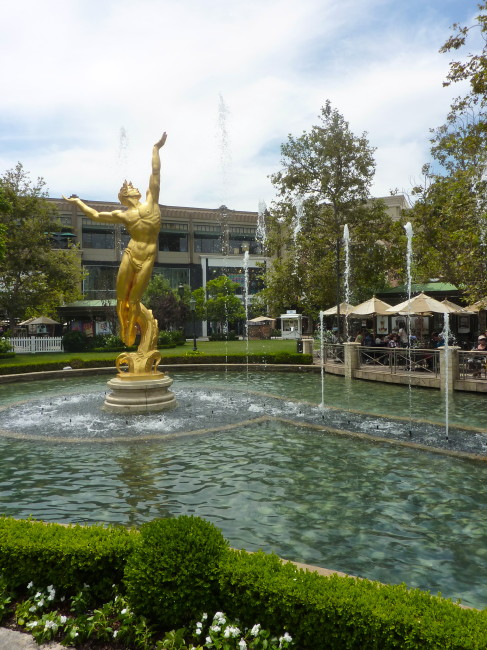 As you listen to some piped-in music of Frank Sinatra or Dean Martin, the statue literally rises from the man-made lake. It was dedicated in 2008, and the 23-carat gold-covered statue stands 18 feet tall and weighs 2,500 pounds making it one of the largest gilded statues (if not the largest) in the country.

After you admire it and its two-acre park surroundings located in the center of the mall, you can grab a bite at one of the many restaurants nearby. 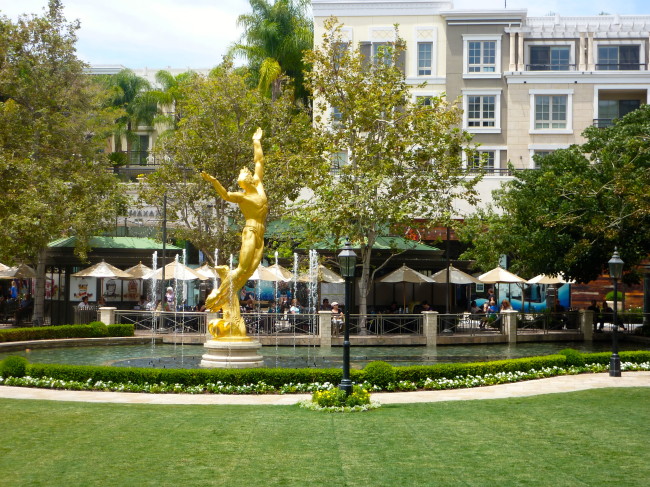