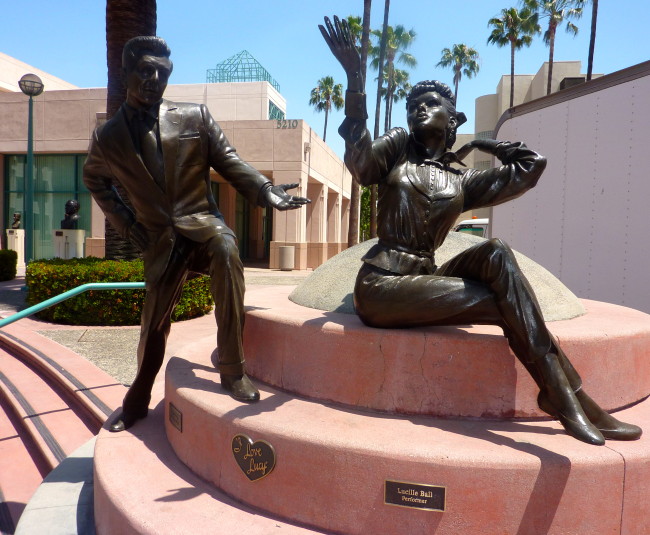 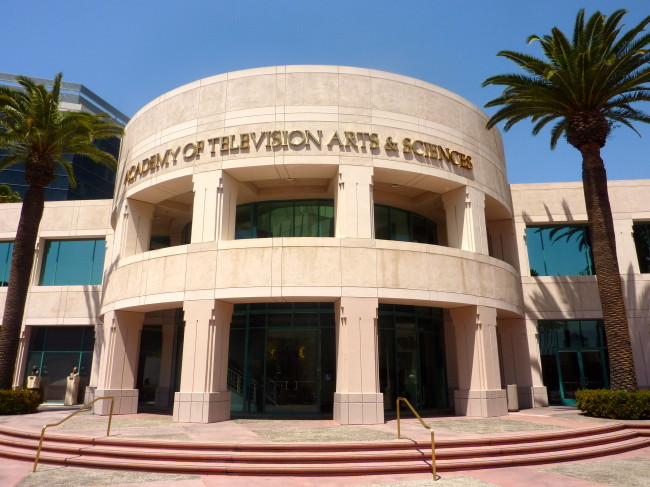 The plaza is tucked away in a larger center behind the Landmark Entertainment Group Building. It is the only physical representation of the Television Hall of Fame. The Hall of Fame began in 1984, and the plaza was created in May 1991. 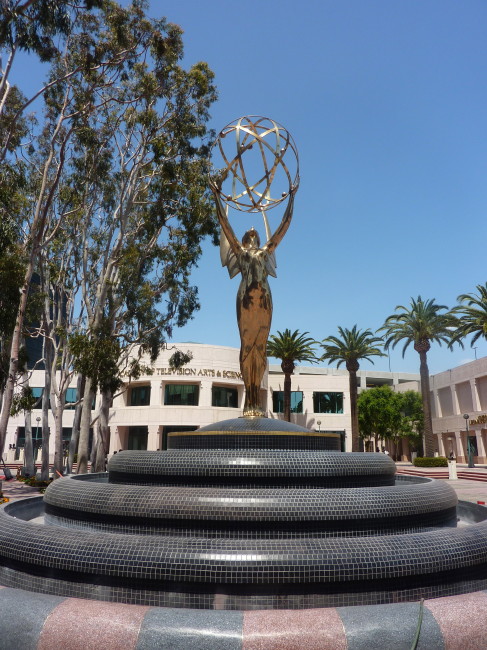 Walking back to the plaza, located by about 100 yards off the street (not visible from Lankershim), I was greeted by a large fountain with a statue of Emmy and a bronze statue of Johnny Carson. 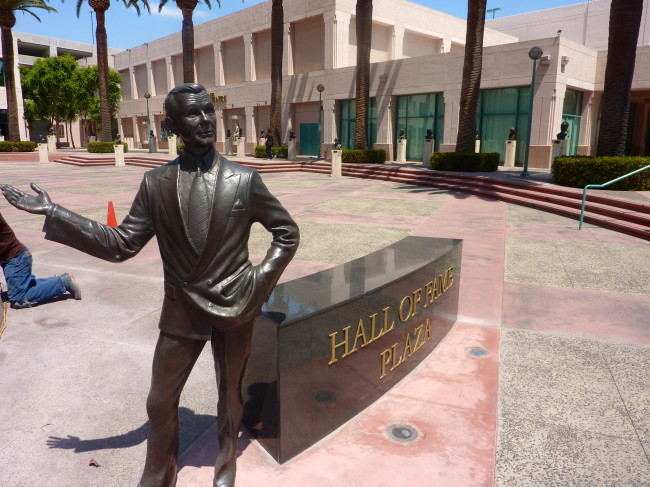 As I strolled toward the back wall, there was Sheldon Leonard, producer of one of my all-time favorite television shows, I Spy.  He was also the bartender giving out angels in It’s A Wonderful Life. 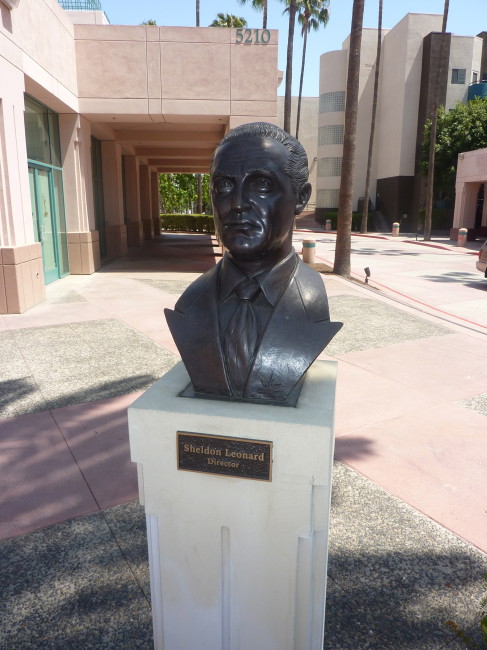 I soon was in the midst of past a cavalcade of famous television personalities like the late Dick Clark, host of American Bandstand and Betty White, a Golden Girl who is still going strong. 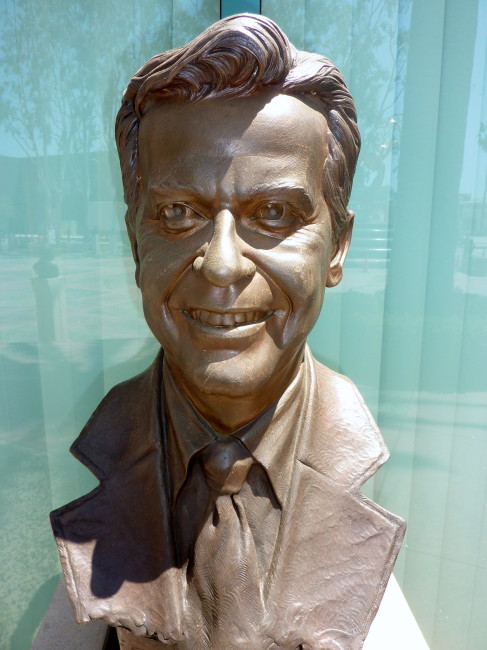 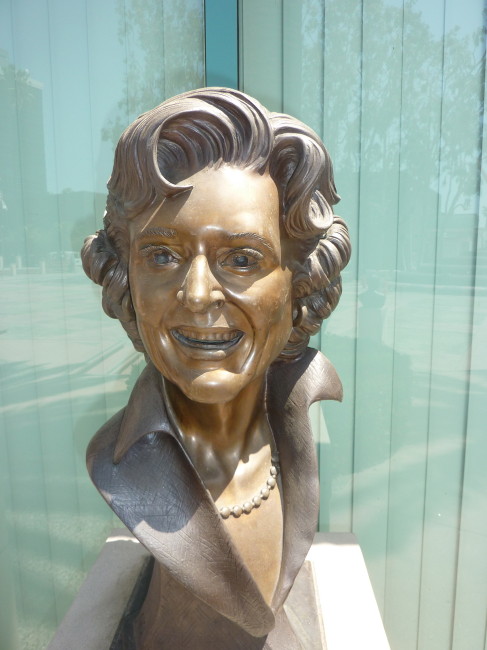 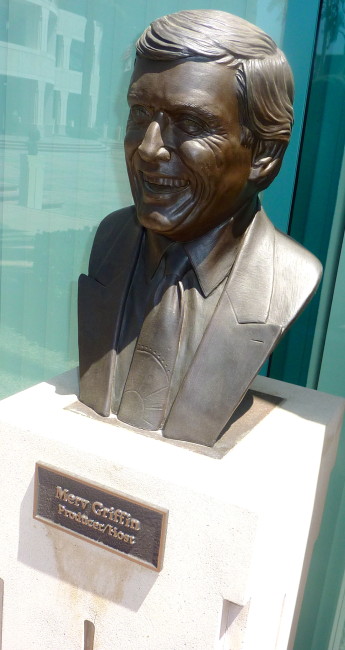 The plaza is dotted with statues… 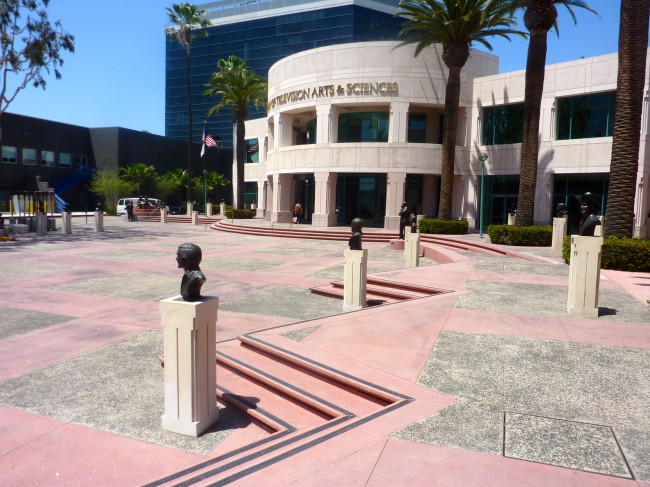 …and also with bas-reliefs like the one of the original Tonight Show host, Steve Allen, and the great comedy duo, George Burns and Gracie Allen. 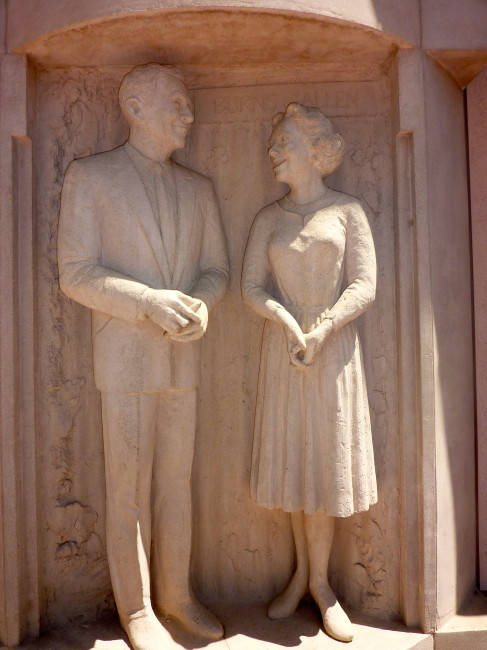 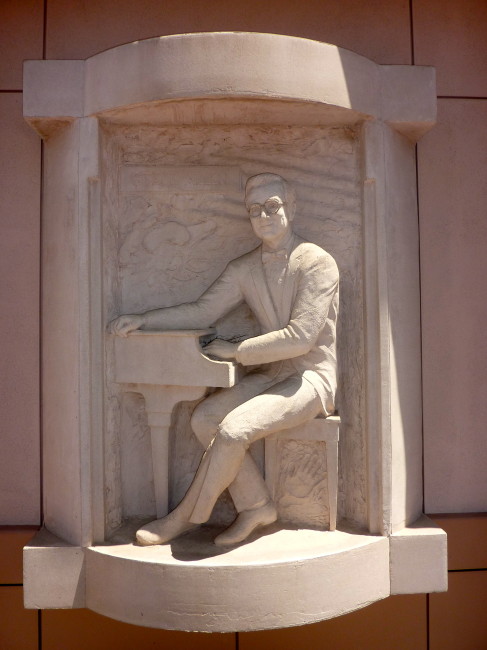 There is another relief of The Muppet crew including Jim Henson, Big Bird, Kermit The Frog, Miss Piggy, Oscar The Grouch, Rowlf The Dog and Gonzo. It was dedicated in 2005. 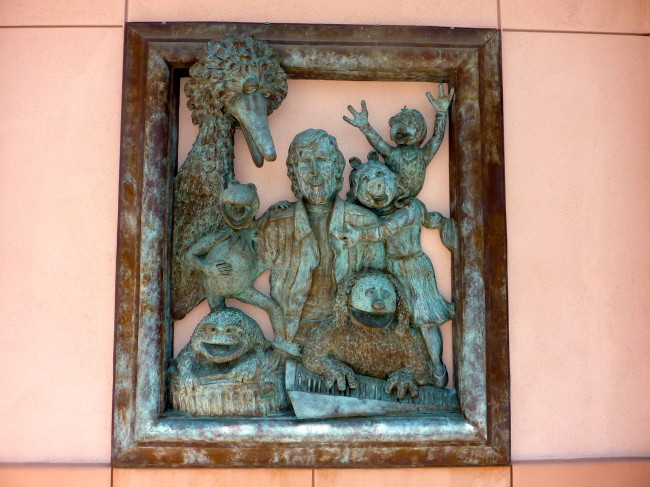 The animation was highlighted with a relief of Hanna-Barbera (William Hanna and Joseph Barbera with Fred Flintstone and Yogi Bear looking down at them. 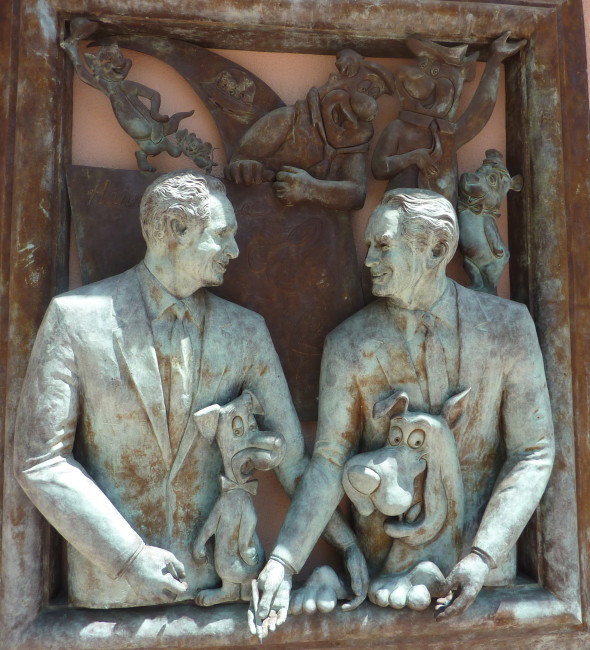 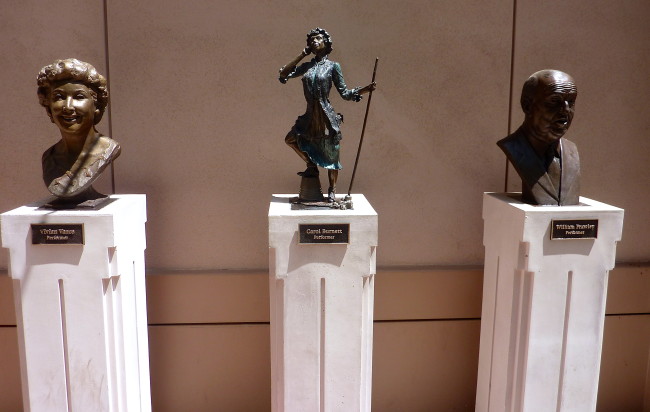 Wandering back and forth through all the busts I came across Angela Lansbury and Bob Barker. 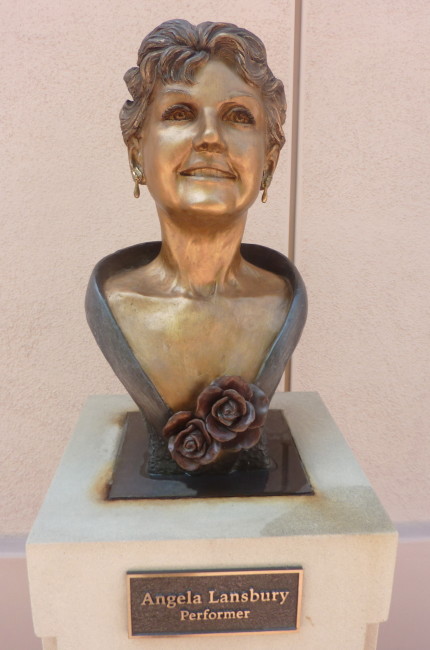 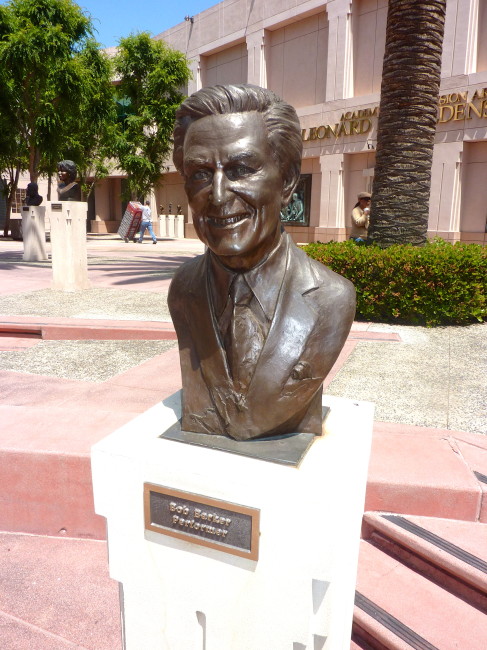 There was a wall full of plaques with a peaceful waterfall in the middle. 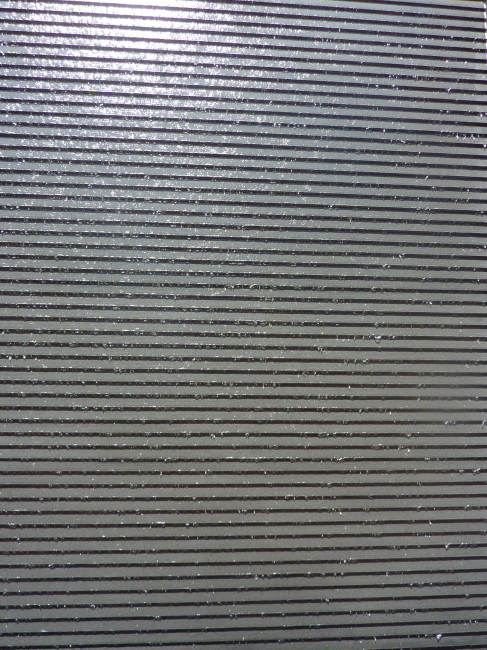 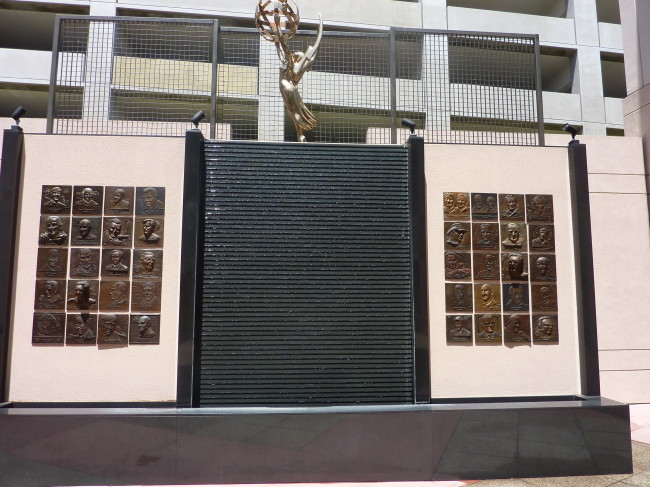 Next up were two comedy giants, Jack Benny, and Jackie Gleason. 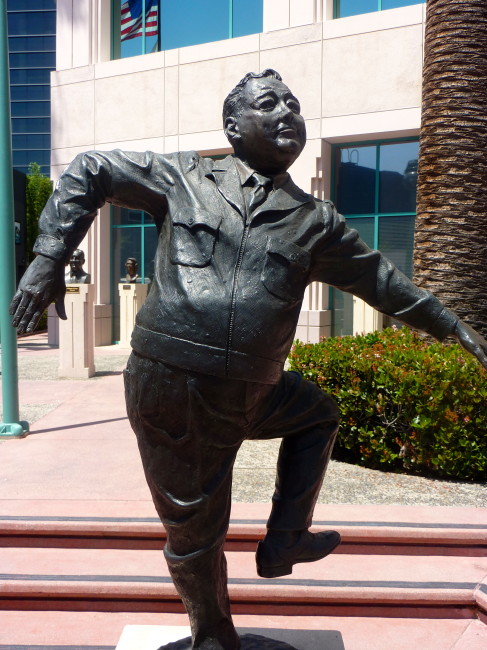 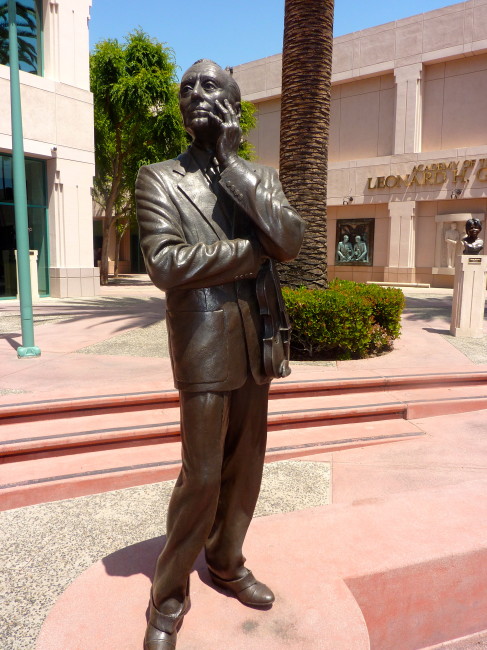 Oh, another genius of comedy and music wasn’t too far away, Dick Van Dyke. 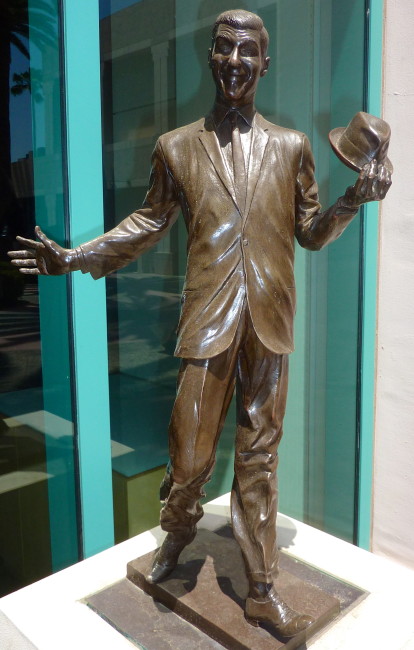 Then it was time to visit the far corner of the plaza where I saw All In The Family stars Jean Stapleton and Carroll O’Connor. 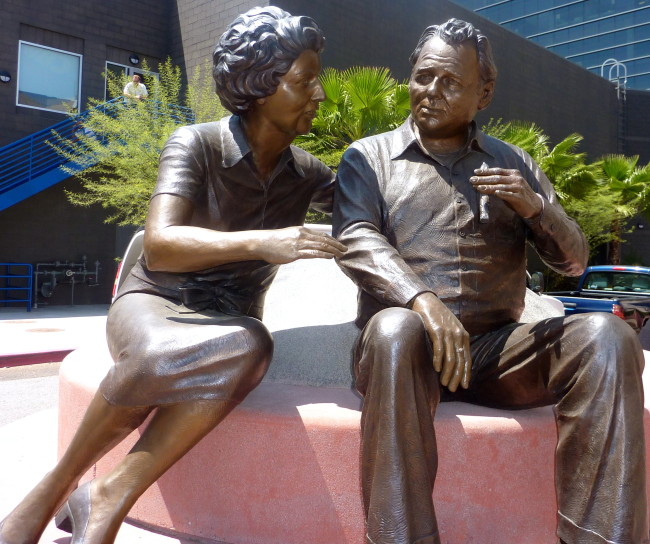 Finally, as I was about to leave the neighborhood, I saw a painting of Mr. Rogers gracing a small garden. 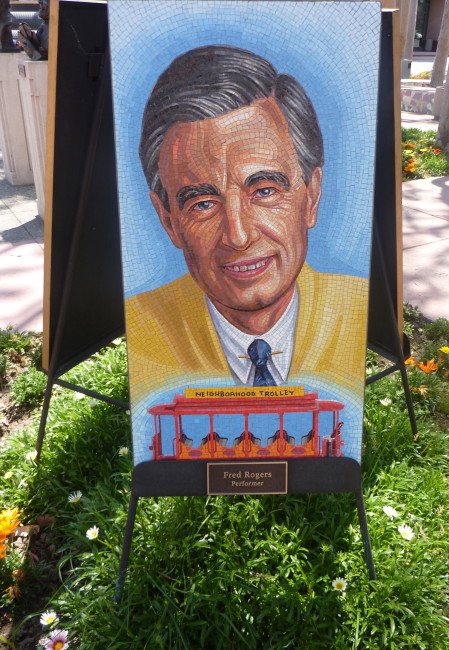 All in all, I spent about 45 minutes wandering around, but you could spend a lot more time trying to find your favorite star, newsman or writer, whether it be Bill Cosby, Walter Cronkite, Bob Hope, Rod Serling or dozens more. One more good thing…it’s free. 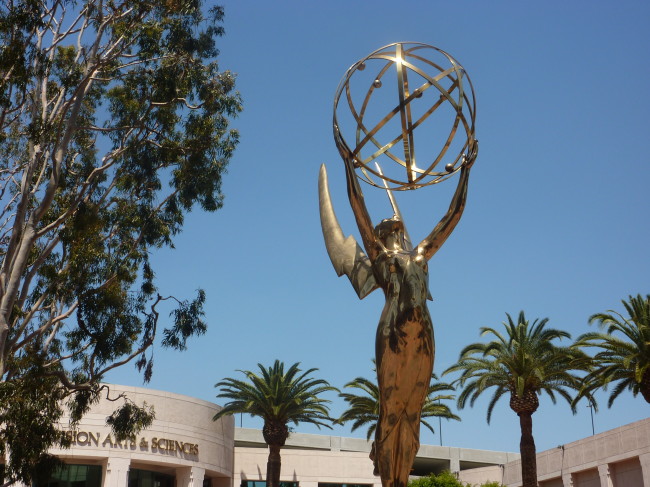