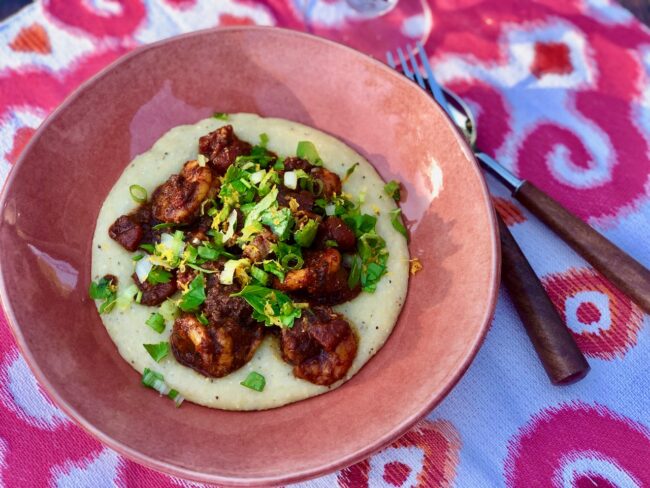 I finally broke down and purchased Bobby Flay’s most recent cookbook, Bobby at Home: Fearless Flavors From My Kitchen.  Although we watch him all the time on Food Network, this is the first cookbook of his I have tried.

I’ve made several recipes from this book. Bobby uses a ton of ingredients especially spices, some of which home cooks (like me) might not have on hand. It’s almost like he has a restaurant pantry at his disposal!

The first thing I made was a batch of Pickled Red Onions. Bobby’s secret ingredient? Grenadine. I also whipped up a jar of pickled chiles, although Tom thought they were a tad too spicy (actually he accused me of trying to burn his face off!) because I used a combination of jalapeño and Serrano chiles.  I also made Bobby’s home fries (yum!) with glazed bacon (just ok, and I had to purchase pomegranate molasses for the recipe), Corn and Scallion Salad along with Red Chile Caesar Salad with Cotija Frico Croutons (yum!). 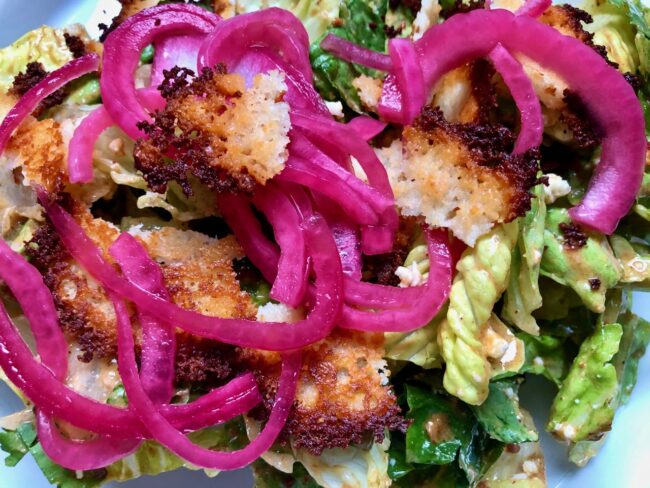 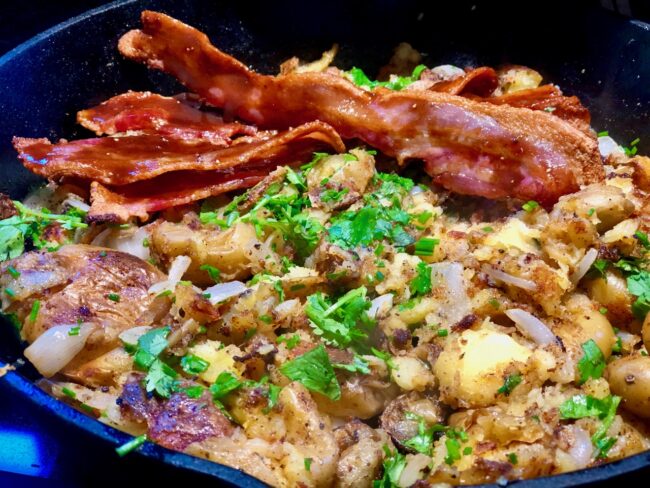 Despite the extensive ingredient lists, I am liking this cookbook.

Next up to try:  Spanish-Style Shrimp and Grits. This recipe was great, however I made it with polenta instead of grits.  Although I did not have all the ingredients called for in Bobby’s recipe, I went with what had on hand and it was perfect!

Spicy, crispy shrimp and salty prosciutto in a white wine and tomato sauce. Wow! The first time I made this we had it over couscous, which really didn’t add anything to the dish. The second time I made the Barefoot Contessa’s Creamy Parmesan Polenta, and it was just right.  Bobby’s recipe is served over Manchego Grits. You can’t go wrong with either of those recipes. 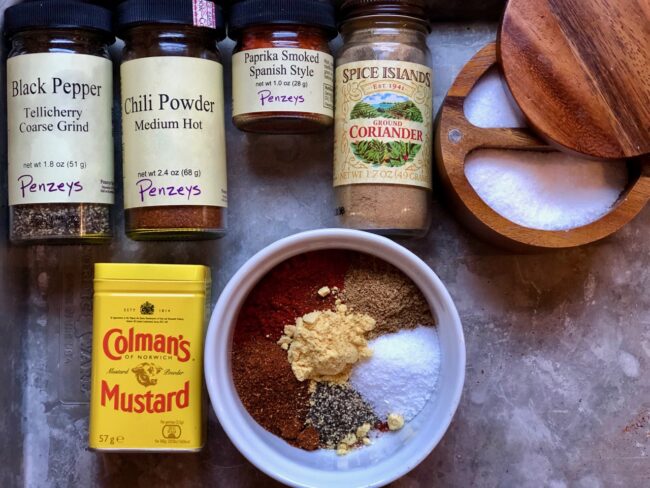 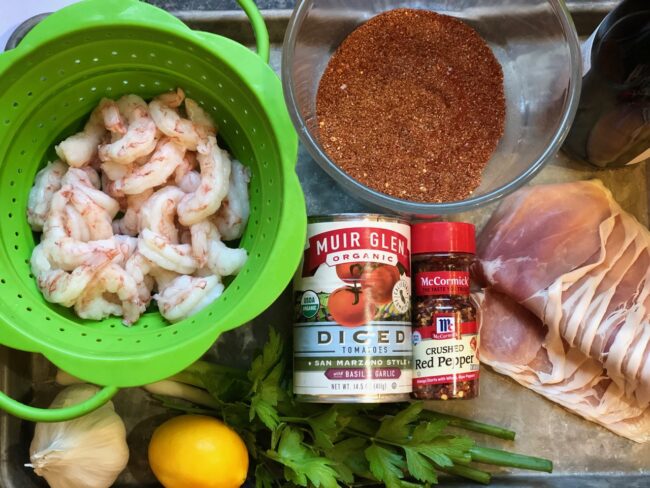 In a small bowl, whisk the paprika, chili powder, coriander, mustard, pepper, and salt together. Rinse the shrimp and pat dry; toss in a large bowl with the spice mixture to coat.

Heat 2 tablespoons of oil in a large sauté pan over high heat until it begins to shimmer. Add the prosciutto and cook until browned and crispy, about 5-6 minutes. Remove to a plate lined with paper towels to drain. Once cool, crumble into smaller pieces. 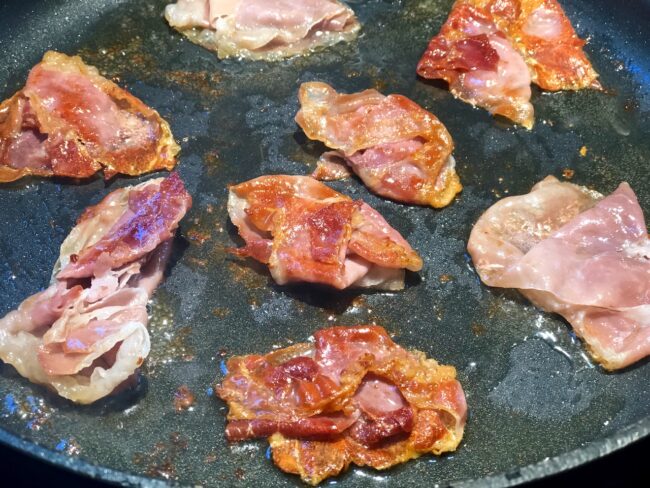 In the same pan, add 2 tablespoons of olive oil and return to high heat. Add half the shrimp and cook about one minute per side until a nice crust forms. (Don’t crowd the shrimp, they will cook best if in a single layer.)  Remove the shrimp to a platter and cook the remaining shrimp. 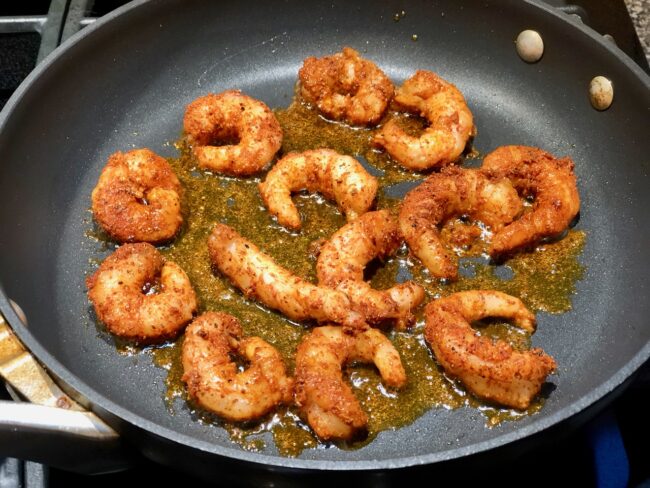 Remove cooked shrimp to the platter and reduce the heat to medium-high. Add the garlic and cook until just browned. Stir in the red pepper flakes and cook for 10 seconds. Add the wine and stir until almost reduced about 10 minutes. Stir in the tomatoes and cook until the mixture thickens, stirring occasionally for about 10 minutes. Return the shrimp and crumbled pancetta to the pan and stir until heated through 2 minutes. 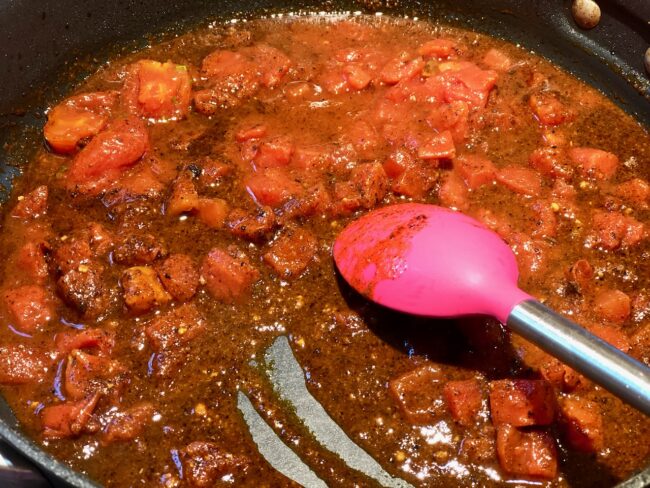 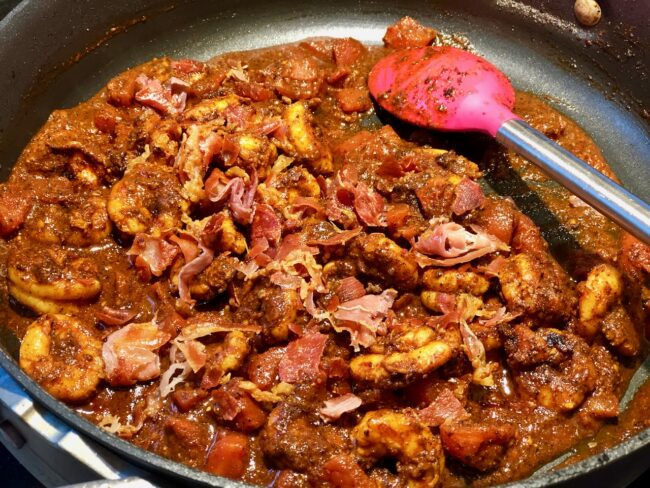 Remove from heat and stir in the vinegar and parsley. 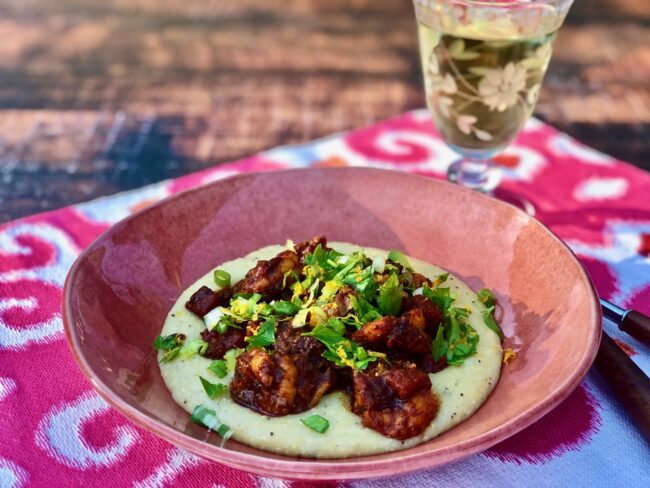 Serve over polenta, grits, or creamy mashed potatoes. I think you’ll love it! 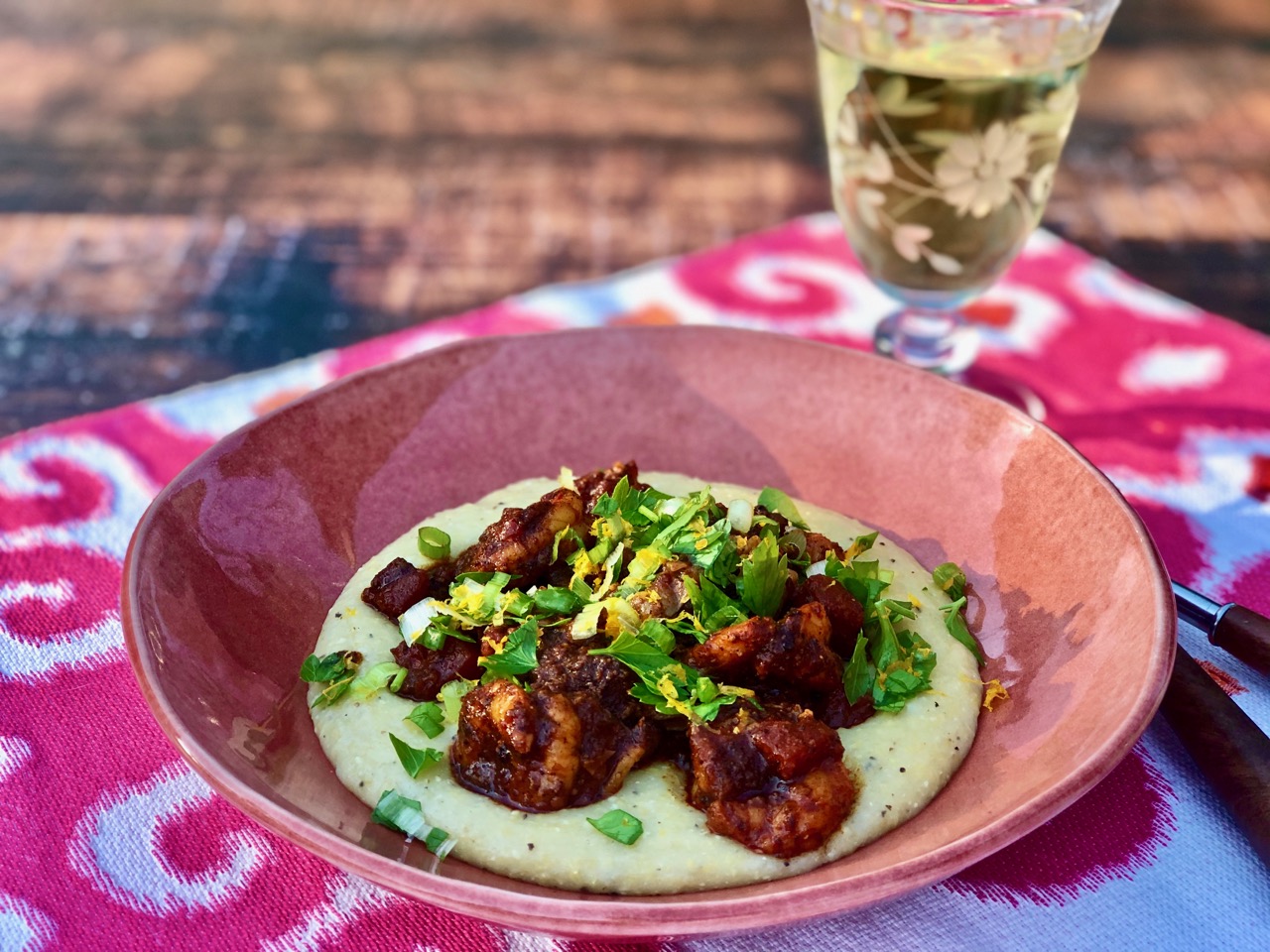