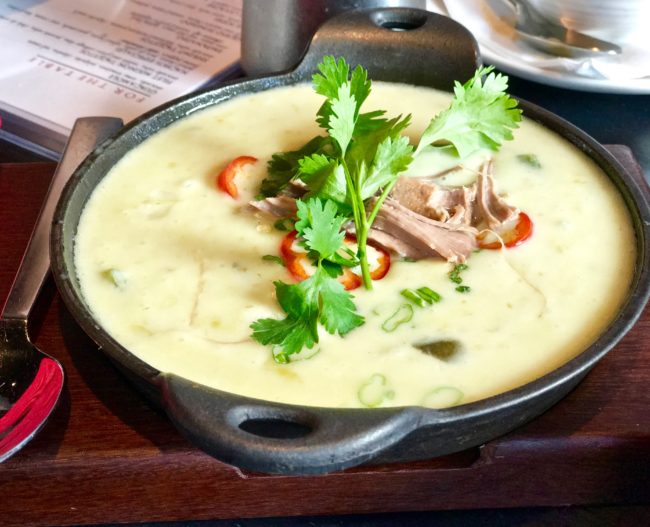 Since Tracy and I had already visited and enjoyed Nick’s in Long Beach and Nick’s in Laguna Beach, we decided to head to South of Nick’s San Clemente.  We met our friends, Kim and Mary, who had driven up from San Diego on a gorgeous Sunday morning to yet another Nick’s Restaurant, this one appropriately named South of Nick’s Mexican Kitchen + Bar.  The restaurant is in a lovely Spanish building adjacent to Avenida Del Mar, which hosts the Sunday morning Farmer’s Market. 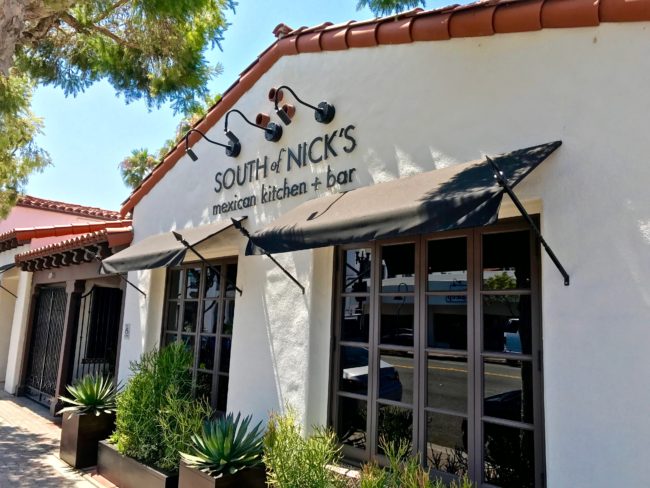 It opens at 10 a.m., and we were there right there when it did. Hey, we were hungry!

Walking inside, we entered a beautiful space with beamed ceilings.  We passed the cool bar area to our table in the large central room. 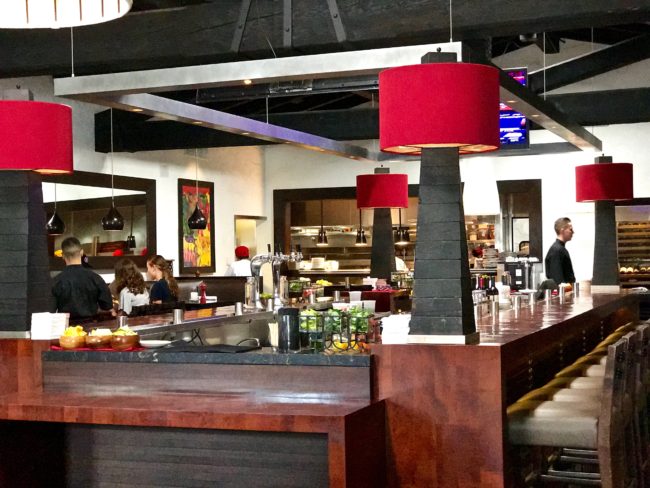 There are also other dining areas in the restaurant. 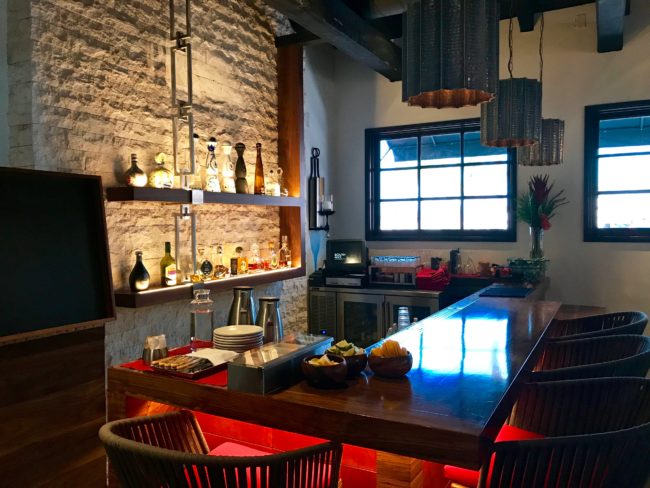 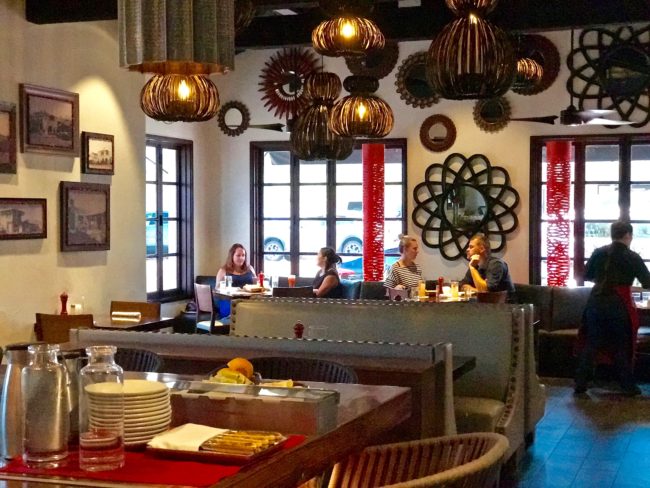 Although we were the first ones there, the restaurant filled up as the morning progressed. 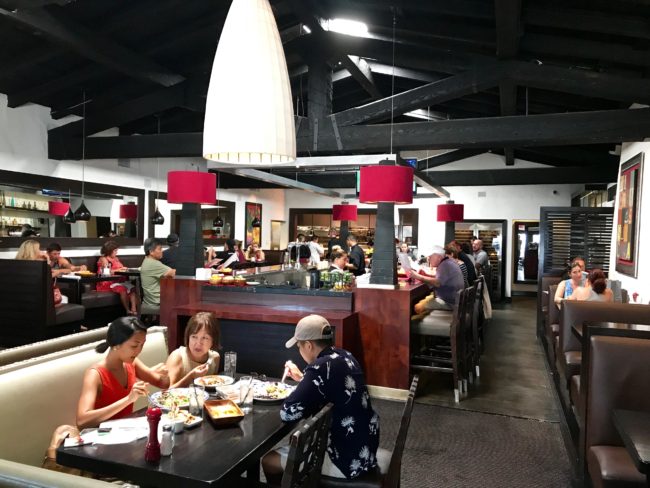 While we perused the menu, we were brought freshly made tortilla chips with three salsas: medium, hot and really hot. And when they say really hot, they mean it.   We stopped after a couple of refills and a couple of thousand calories.  Once we regained feeling in our lips, we ordered. 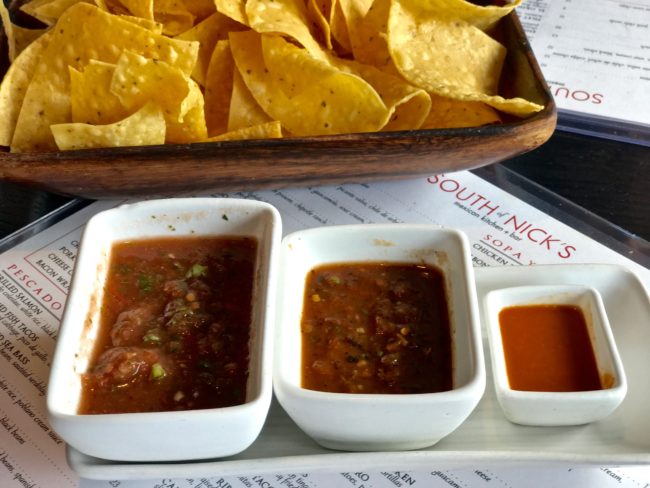 In a case of our eyes being bigger than our stomachs (something that frequently occurs on our dining excursions), we started with an order of Queso Fundido; jack and Oaxaca cheese, roasted onion, poblano pepper, and pork chile verde ($11), served with house-made flour tortillas.  Whose idea was that anyway?  Oh yeah, mine, the man with a bottomless stomach.  The Queso Fundido and tortillas earned a “Wow” from our table.  It was spectacular…and quite filling.  Were we done?  Of course not!!

For breakfast, both Tracy and Mary ordered Omar’s Skillet, which one could share even if you don’t start with an appetizer.  Tracy took her leftovers home and had it for dinner that evening. 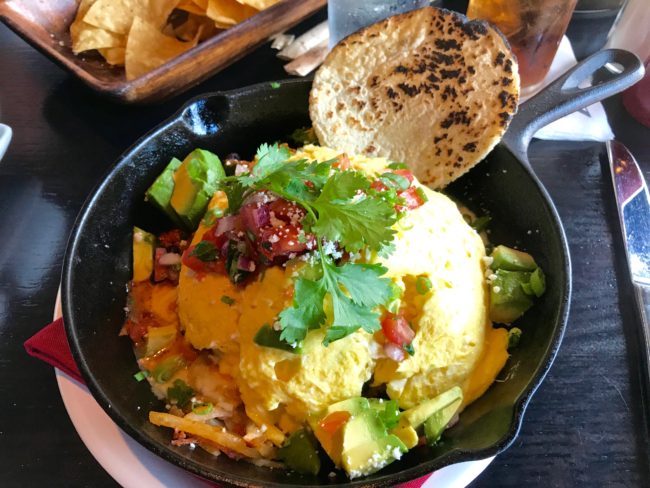 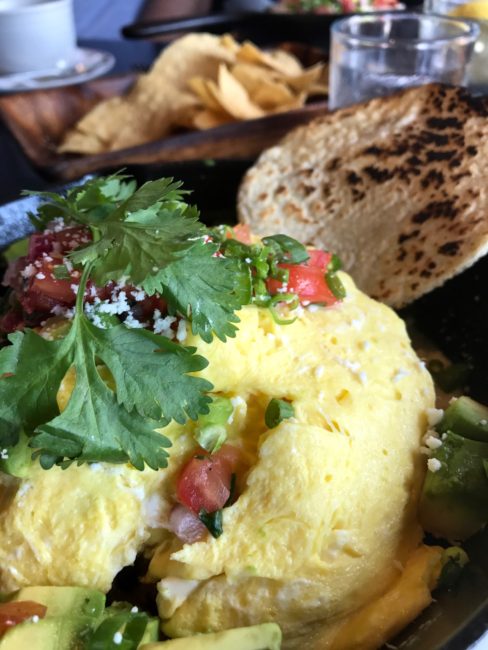 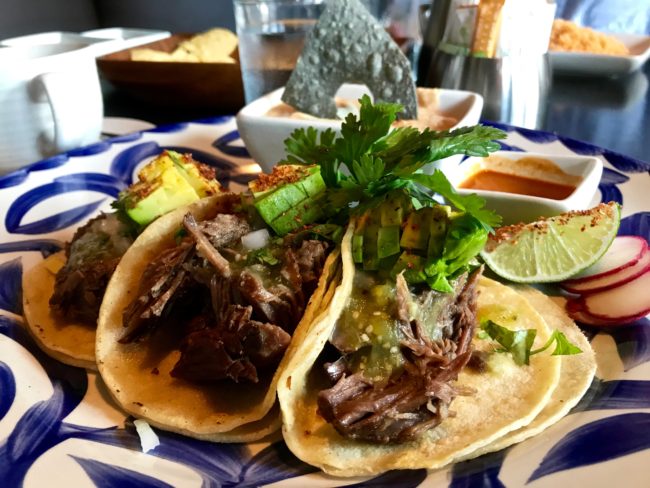 Kim decided upon the Enchilada combination with Spanish rice and refried beans; choice of cheese, chicken, vegetable, chipotle chicken, or pork mole ($14 for one enchilada; $17 for two).

As we waddled out, we passed the open kitchen that had caused our immediate weight gain. 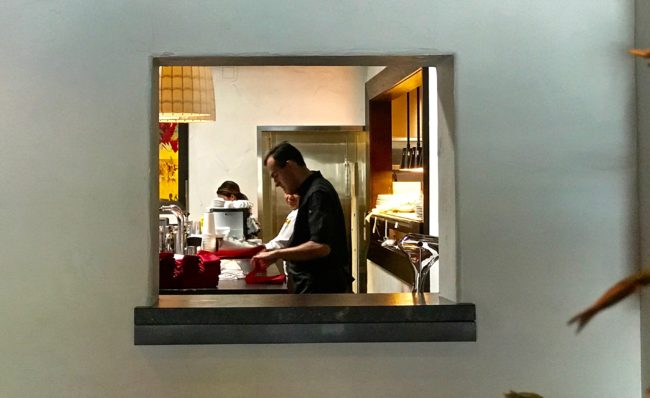 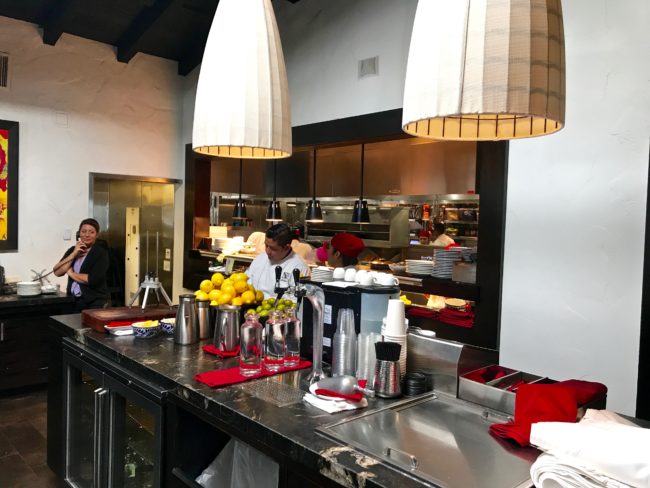 We also passed a bottle of tequila that must contain some damned good hooch.  A shot of Patron Lalique here runs $450. That seemed unbelievable until I read online that a 750ml bottle of this tequila can run nearly $7,000. 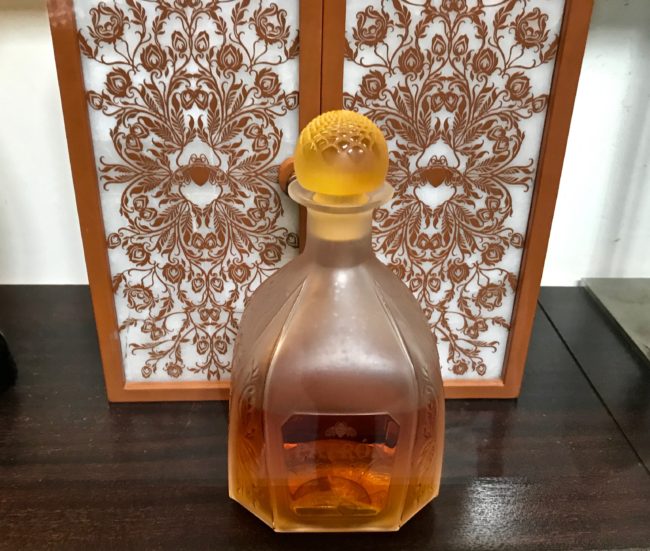 Not to worry, there are far less expensive shots, and margaritas run between $10 and $13.  There is, of course, a full bar.  It was even too early for us to drink, but we’ll come here for lunch or dinner in the future. 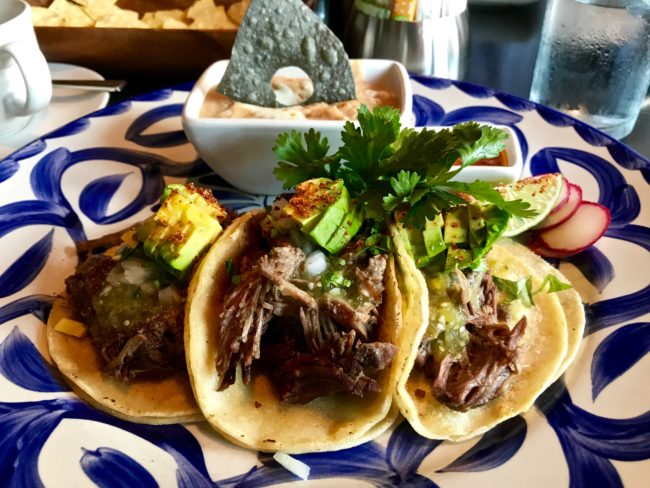 There were so many items on this menu calling our name that we will have to go back and check them out.  This was our third (but not last) of Nick’s Restaurants we have visited, and they continue to excel with an innovative menu and truly professional, engaging and knowledgeable staff.  We are very excited that Nick’s recently opened a new location in Pasadena, Nick’s on South Lake.  We hope to be among the first to check it out.