Taking Cornbread To The Next Level 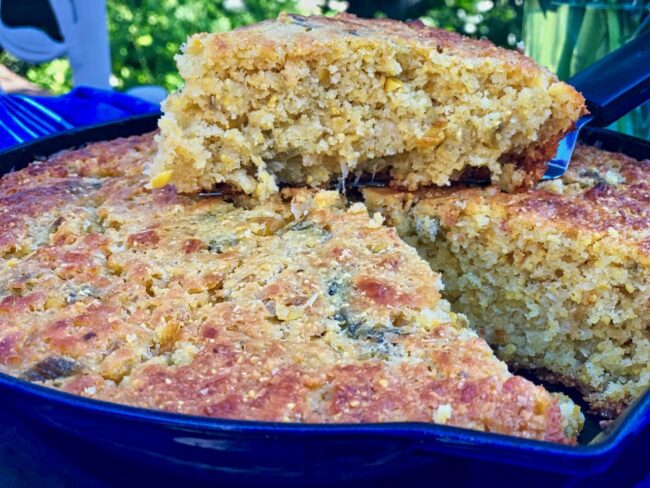 From MaiTai Tracy’s Kitchen archives…. Here is an oldie but goodie, really goodie, updated recipe for skillet cornbread adapted from the delicious and decadent Iron-Skillet cornbread they serve at Bandera’s or Houston’s Restaurants (part of the Hillstone group of restaurants).  If you love cornbread, you are really going to LOOOOVE this recipe.

Made with creamed corn, butter, sugar, two types of cheese, and Hatch chiles… yum!  It’s baked in a pre-heated cast iron skillet which sears the bottom and side for a crispy, crunchy cornbread crust (say that fast four times!).  Add some Hatch Chile honey butter for a truly scrumptious cornbread.

I took the plunge and purchased a 10-inch Staub skillet as they were on sale (hence the reposting of the recipe so I could use my new skillet!).  I have a 12-inch Lodge cast iron skillet which I use all the time, but I was captivated by the dark blue of the Staub.  I was also mesmerized by the Le Creuset skillets but there were too many colors to choose from, so Staub it is.  This skillet performed perfectly (as it should for the cost!).  Was it substantially better than the Lodge?  No, but it is prettier  🙂

As per usual, I pumped up the volume on the heat for this recipe.  Hatch chile season is just beginning (normally early August until early September), but I had some frozen grilled Hatch green chiles that Tom had grilled last season, which I used for this recipe. 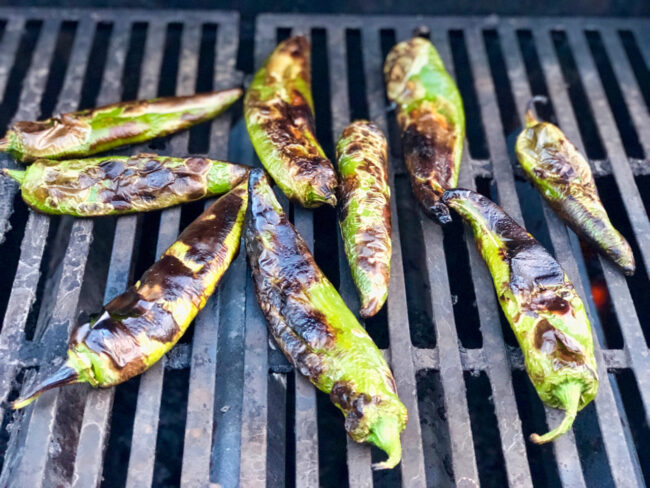 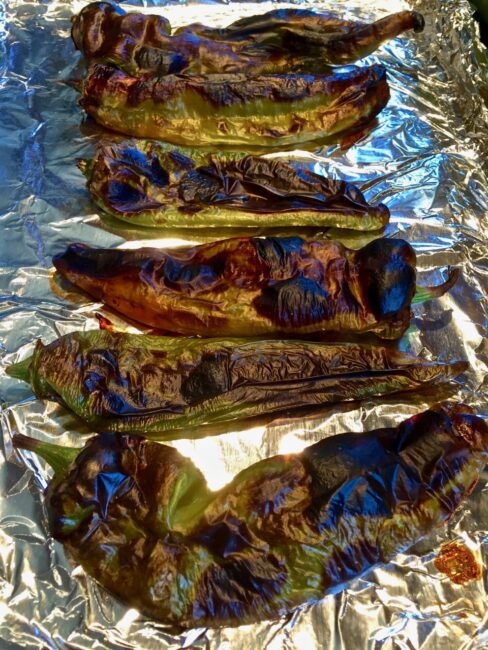 If you don’t like chiles, toss in a cup of blueberries for a savory-sweet treat. 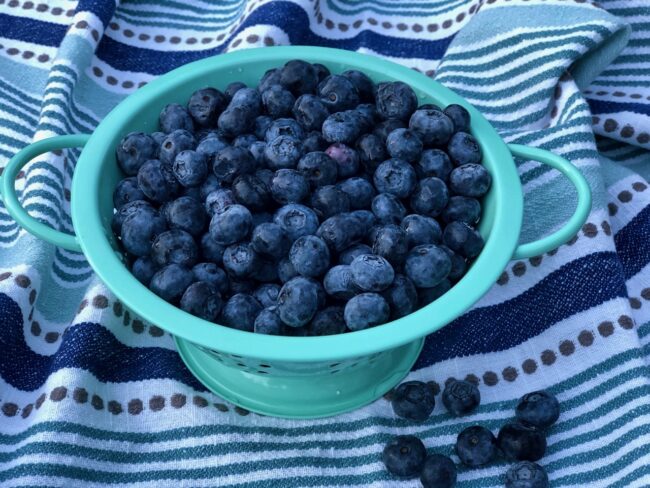 I substituted the white cheddar cheese with our favorite, Cabot’s Habanero Cheddar Cheese.  The recipe calls for one and a half sticks of butter, leaving the leftover half stick to make honey butter.  Blend with some Melissa’s Hatch Chile Powder to take it up a notch.  Channeling my inner Emeril … BAM!

On this summer evening, we served the cornbread with tri tip, grilled corn on the cob and a Caesar salad, and the next day we had it as a main course with a small side salad.  Heck, I think you could even crumble it over ice cream for dessert it is that tasty.  You really can’t go wrong with this recipe.  I hope you enjoy it as much as we do! 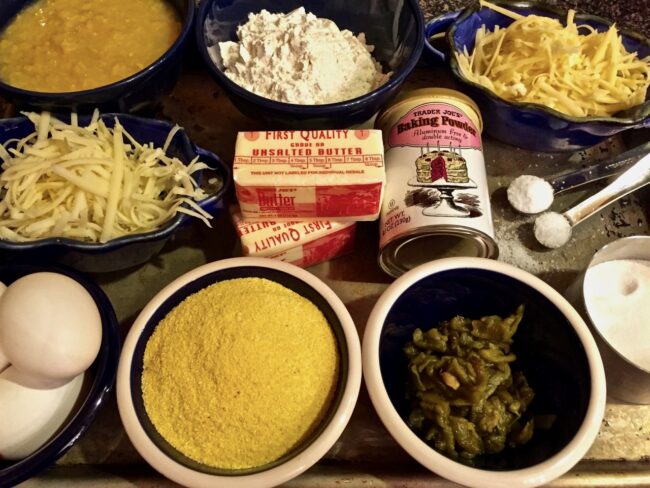 Set 10” cast-iron skillet on a rimmed baking sheet on the middle rack in the oven and preheat the oven to 400°F.

In a small bowl, whisk cornmeal, flour, salt, and baking powder to combine.  In another bowl, lightly beat eggs to blend, whisk in the creamed corn, chiles, and cheeses.

In a large bowl, mix (don’t cream!) butter and sugar with a wooden spoon until the butter absorbs the sugar and the butter is still in pieces.  Add egg mixture and mix until just combined.  Stir in the dry ingredients until barely incorporated. 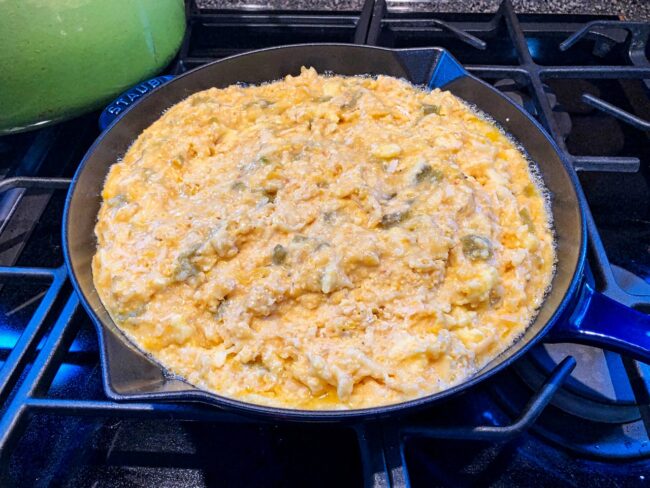 Once, the oven is preheated, carefully remove the skillet from the oven.  (Don’t be like me and forget the skillet is very hot and touch the handle…grrrr.)  Scrape in the batter (it should sizzle on contact).  Return the skillet to the oven on the baking sheet.  Bake until the top is golden brown and springs back when gently pressed about 35-45 minutes.  Let cool 10 minutes before serving. 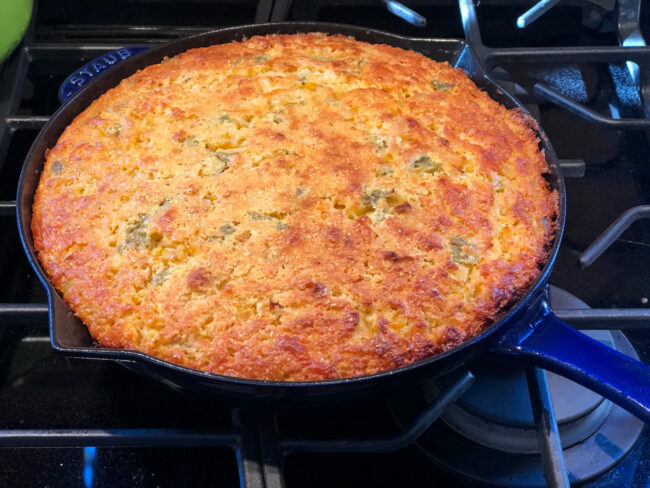 Now it’s time to top it off! 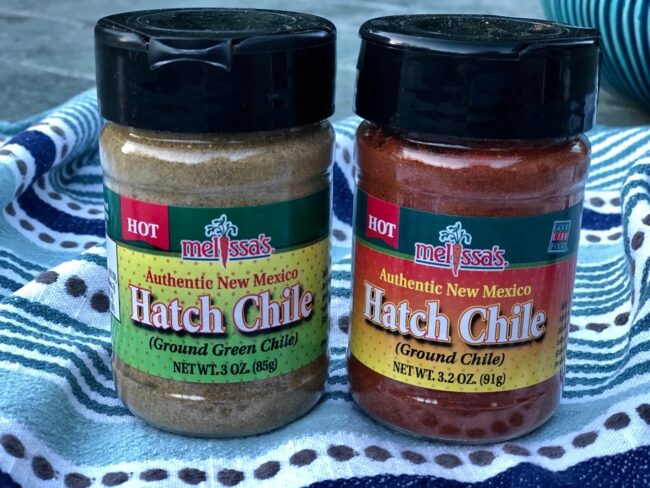 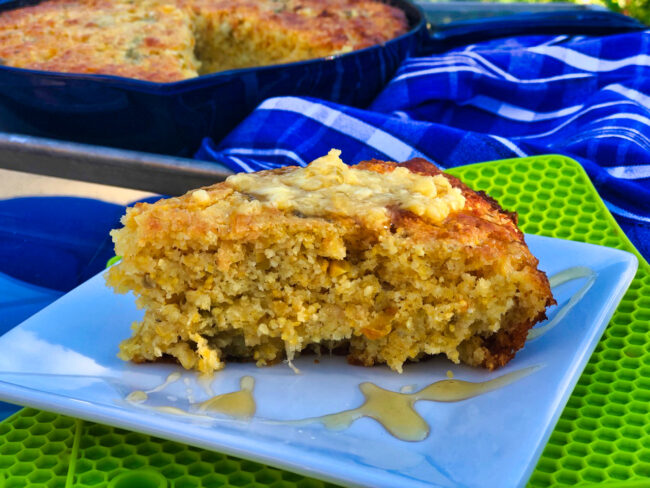 Mix butter, honey, and chile powder together with a fork or small rubber spatula until fully incorporated.  Top with a pinch of fleur de sel to taste.  Slather on the cornbread and enjoy! 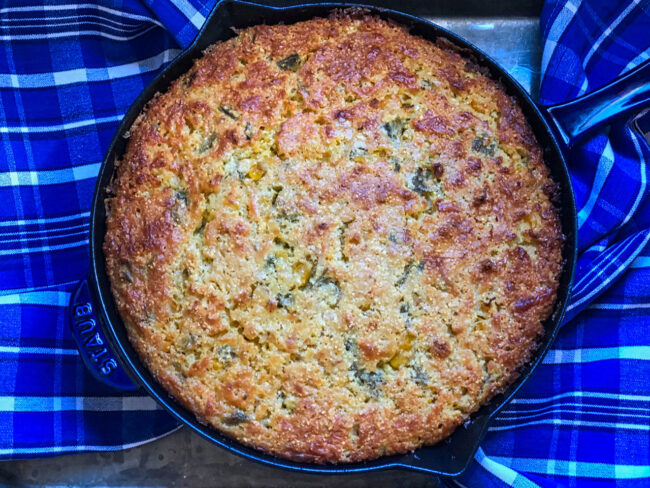 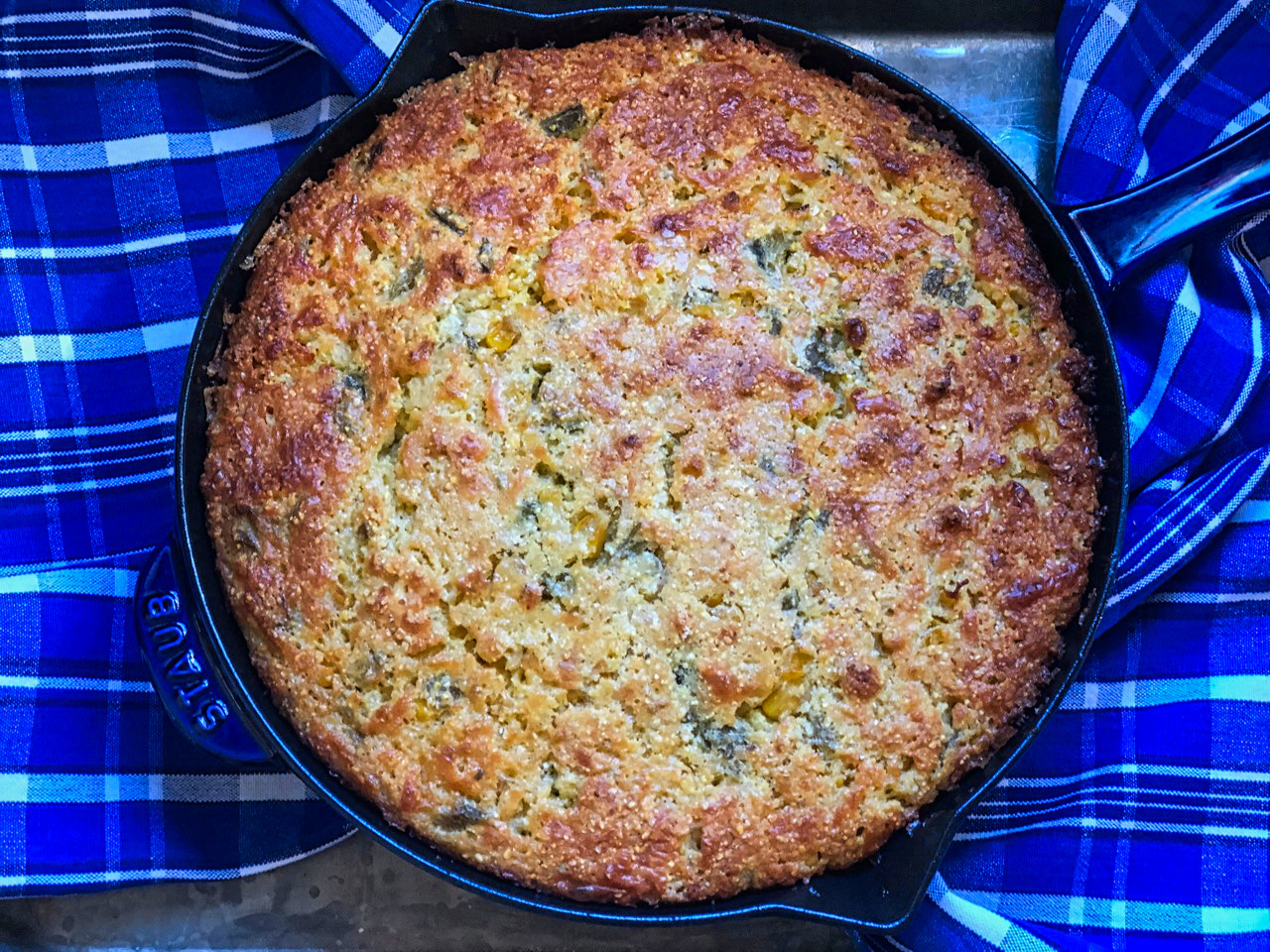