Snickerdoodles are one of Tom’s favorite cookies, and when I came across a snickerdoodle recipe that rolled the cookies in Cinnamon Toast Crunch cereal …. Whaaat? We immediately purchased a box of cereal to try, but we ate it before I could get to the cookies. How have I never tried this cereal before? Crunchy cinnamon perfection! Now all I needed was the perfect Snickerdoodle recipe to go with the Cinnamon Toast Crunch Topping.

Which brings me to a former co-worker, Shirley. She shared two snickerdoodle recipes, but said this one was her favorite. And although Shirley retired years ago, when you mention her snickerdoodles everyone’s eyes light up remembering how great they were. (Shirley’s cookies definitely do not need this extra crunchy topping, but if you happen to have some cereal, give it a try.)

Cinnamon is an essential ingredient in Snickerdoodles, so be sure to use a freshly purchased or recently opened jar so it will be at its peak flavor. We love Penzeys Cinnamon, which is a spicy sweet blend of China, Vietnamese, Korintje Indonesia and Ceylon cinnamons.

Tom, a self-proclaimed Snickerdoodle aficionado, says snickerdoodles need to be soft and airy, so heed Shirley’s guidelines to pull them out of the oven when the “edges of cookies are beginning to set and the centers are soft and puffy.”

Thanks Shirley! Resistance is futile! 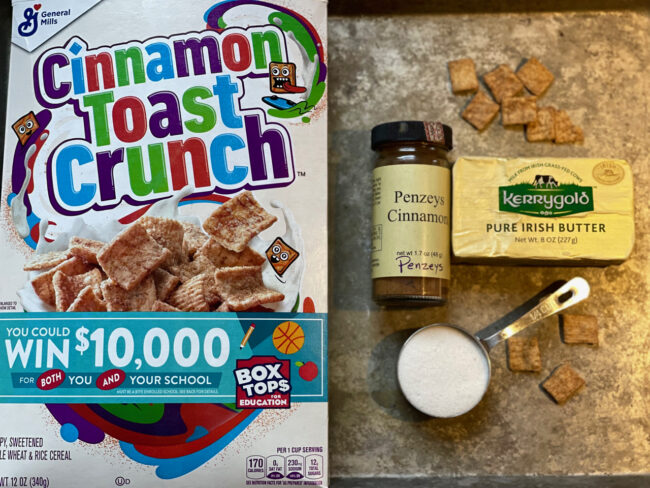 Cinnamon Toast Crunch Topping:
(Make this first if you are going to use the topping)

Preheat oven to 275°F and line a rimmed baking sheet with parchment paper.

In a small bowl combine the melted butter and cinnamon. Spread the cereal on the baking sheet and drizzle with the cinnamon butter. Toss to coat. Spread in an even layer for uniform baking. Bake until golden brown, about 15 minutes. Let cool completely on baking sheet until hardened, about 30 minutes. Once cool, in a blender or food processor, pulse the cereal with ¼ cup sugar and 1 teaspoon cinnamon (or more!) until the cereal is finely crushed. Set aside. 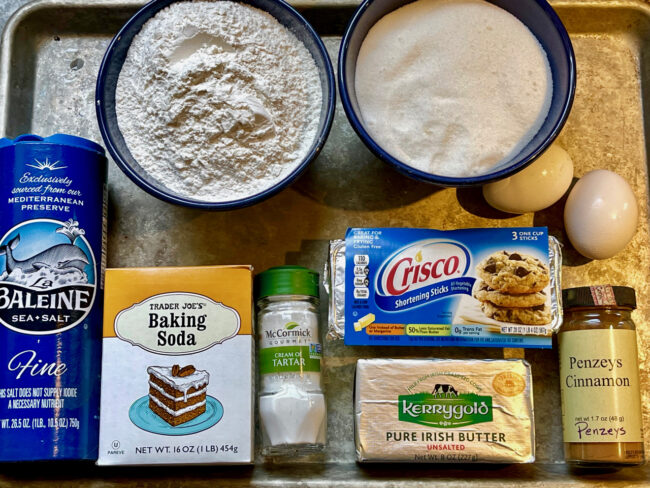 In a medium bowl, whisk flour, cream of tartar, baking soda and salt together. 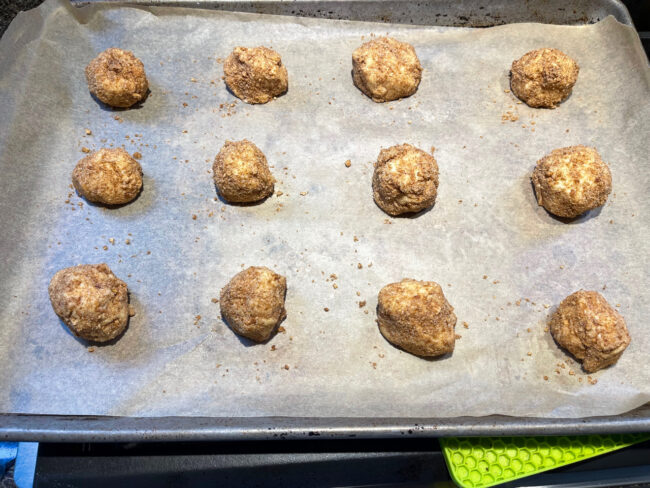 Bake, rotating the baking sheets halfway through baking time so the cookies will bake evenly (from top rack to bottom and from front to back). Bake until edges of cookies are beginning to set and the centers are soft and puffy, 9 to 11 minutes. Let cookies cool on the cookie sheet 2 to 3 minutes before transferring them to cooling rack with wide spatula.

Makes 30 cookies depending on the size of your scoops.