Spicing Up The Holidays! 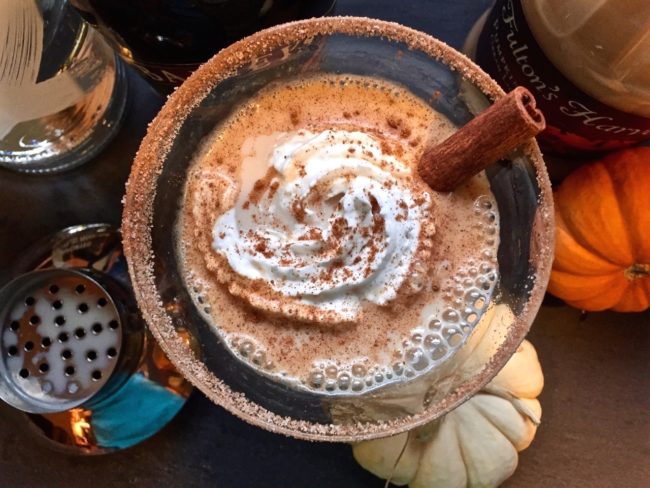 To help you get through the upcoming Thanksgiving and holiday season, MaiTaiTracy’s Kitchen is rolling out a Pumpkin Pie Spice Vanilla Vodka Martini recipe sure to ease the way.  This recipe was shared by a friend a few years ago, and a quick review of the online recipes show several variations including your choice of vodka or rum and whether to include actual pumpkin.  Although adding real pumpkin to your cocktail would give you a good dose of fiber, I think for ease of mixing and clean-up this recipe works better.

My friend, Joanne, cleverly used crushed graham crackers to rim her glass but as we didn’t have any on hand, I used a cinnamon-sugar-pumpkin spice mix.  Cheers to family and friends! 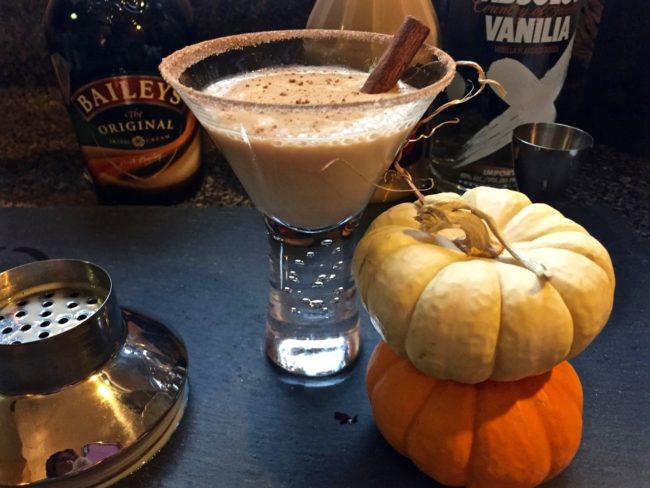 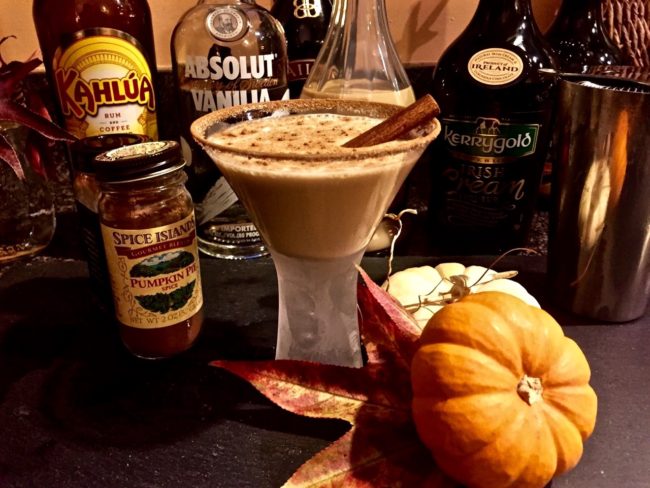 Directions:
Chill your martini glass.  Combine cinnamon, sugar and pumpkin pie spice on a small plate.  Run a lemon slice or damp paper towel around the rim of the glass and invert into the cinnamon sugar mixture to rim your glass. 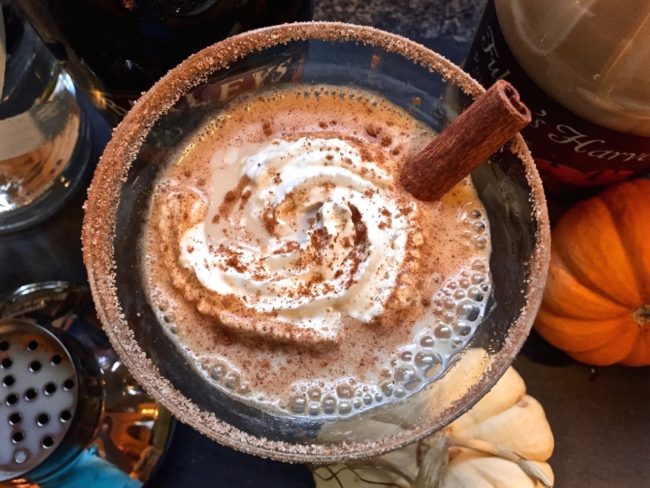 Pour cream liqueur, vodka, pumpkin liqueur and a splash of Kahlua into a shaker filled with ice.  Shake well.  Strain into the chilled martini glass.  Top with a teaspoon of whipped cream and garnish with a cinnamon stick and a light dusting of the pumpkin pie spice. 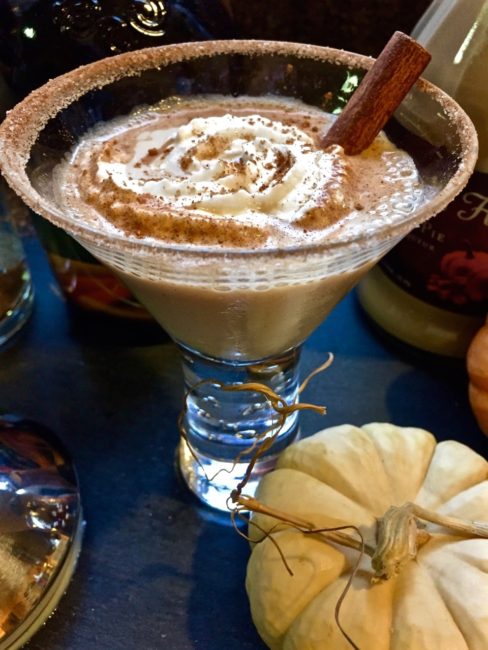 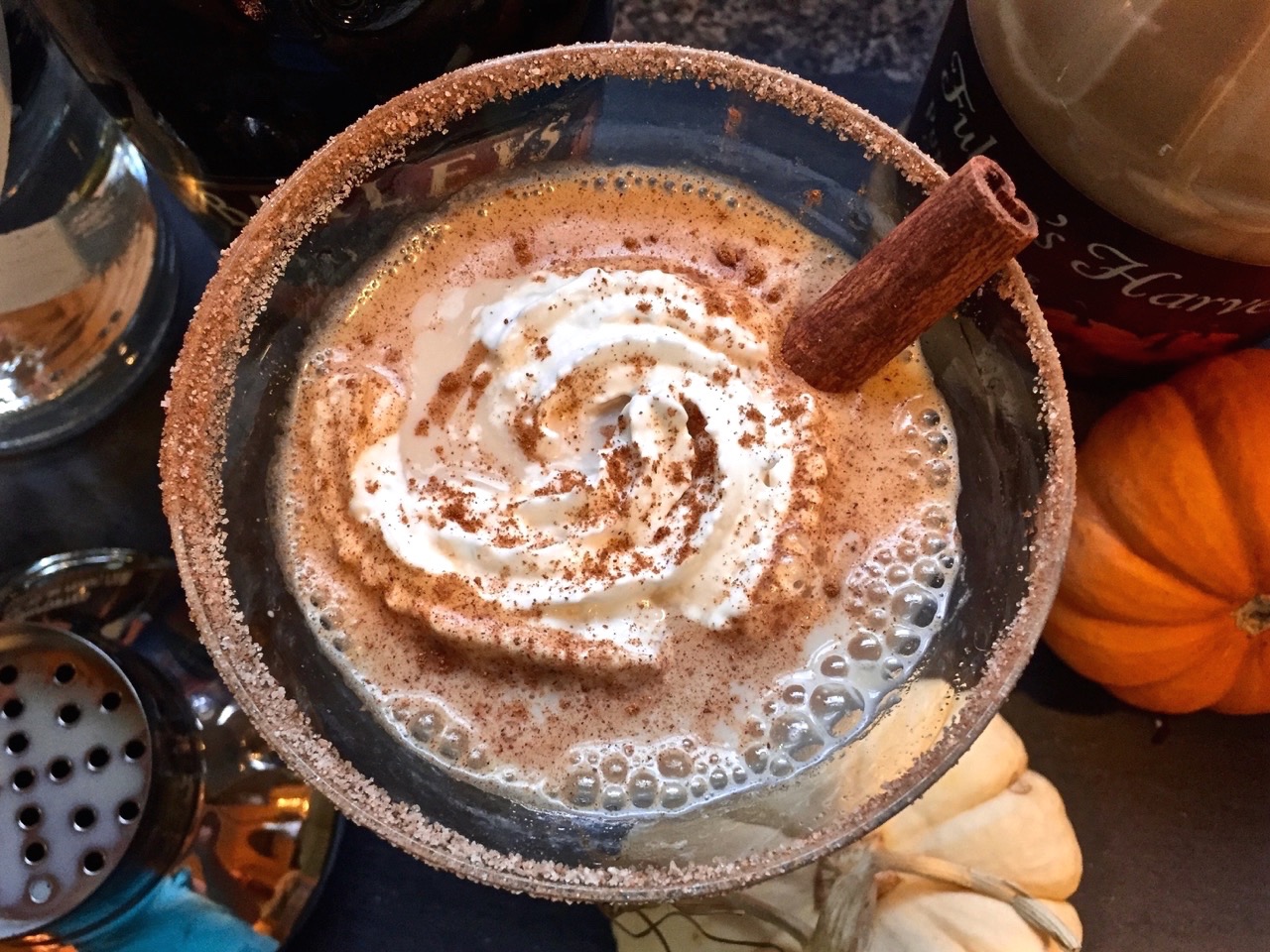