Pops Goes The Music – The Pasadena POPS That Is 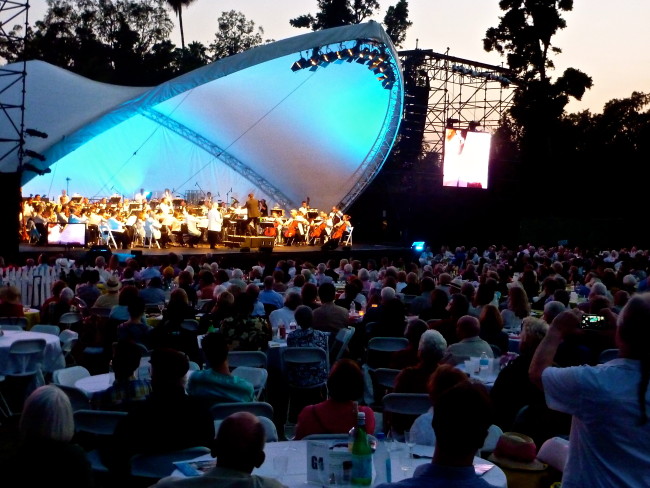 One of the great joys of summer here in Southern California are the warm summer nights under the stars where Tracy and I can enjoy the Pasadena POPS at the Los Angeles County Arboretum and Botanic Garden in Arcadia (a wonderful spot that I have highlighted in California Dreaming). 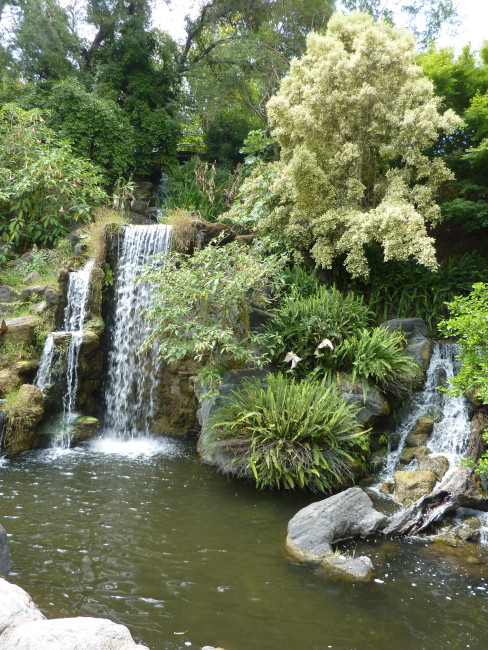 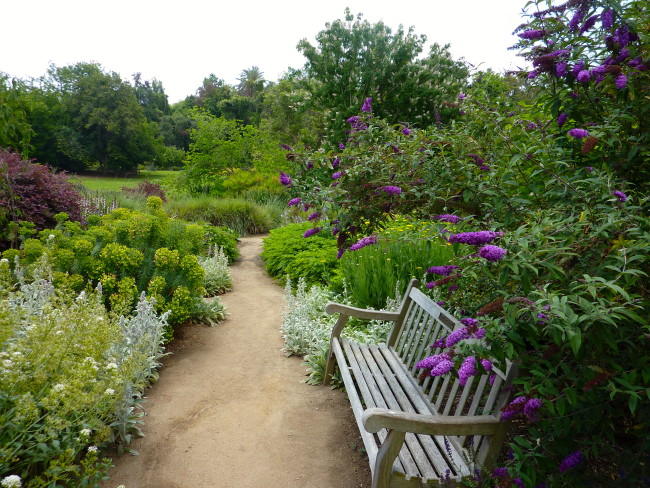 This is our second year of season tickets, and there has yet to be a disappointment. 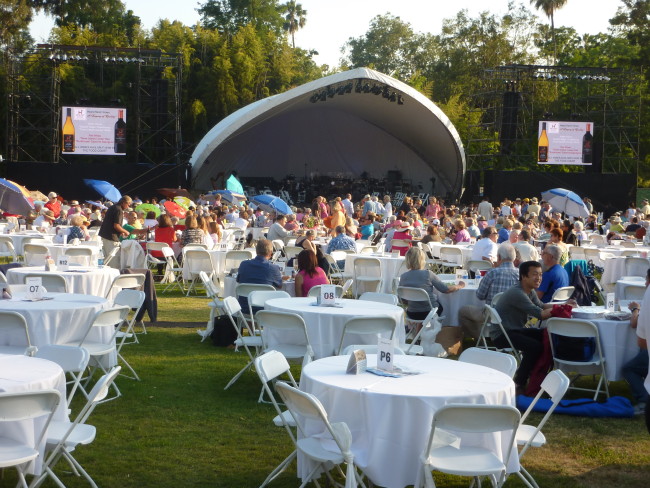 We first went to a Pasadena POPS concert at Descanso Gardens in 2009 (also highlighted in California Dreaming); at least I think it was 2009 (that darn wine).  In 2012, the Pops started playing at the Arboretum under the direction of legendary Marvin Hamlisch, who sadly passed away in August of that year.

The following year (2013), Michael Feinstein took the reins and that’s the year we returned to the POPS, and we have come to almost every concert since then. Last year we bought a table (seats six) with another couple and invite friends to join us for each concert. 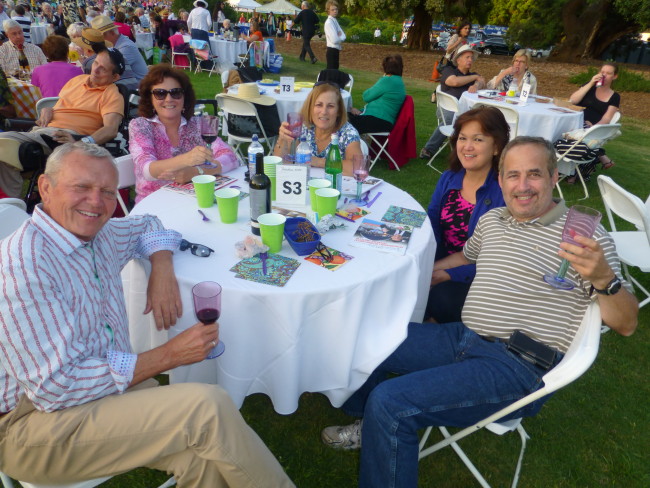 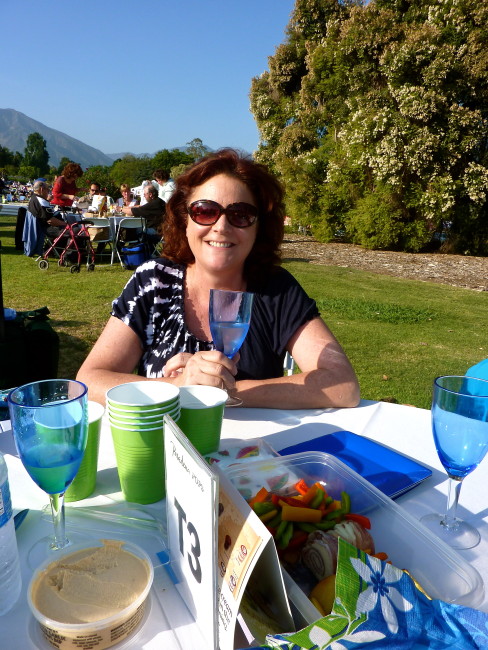 Not very often, but sometimes a stray peacock has asked to join us, too.  We would have let him stay, but he didn’t bring any wine. 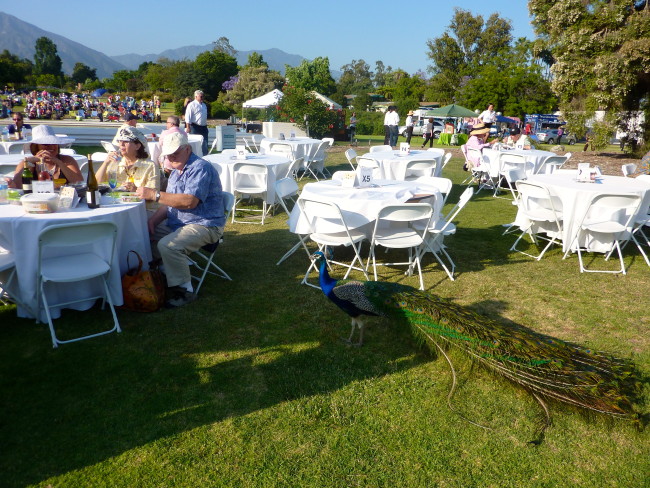 There are five concerts performed at the Arboretum…the first one was last Saturday (June 20) and showcased the Big Band sounds (yes, we got into the swing of things early). We usually barbecue tri-tip and salmon (although I think Italian food will be in order for Sinatra Night in August) in the afternoon, and then load our picnic baskets with appetizers, salads, desserts and beverage of choice (wine, martinis and now my Spanish GinTonics fit the bill perfectly). 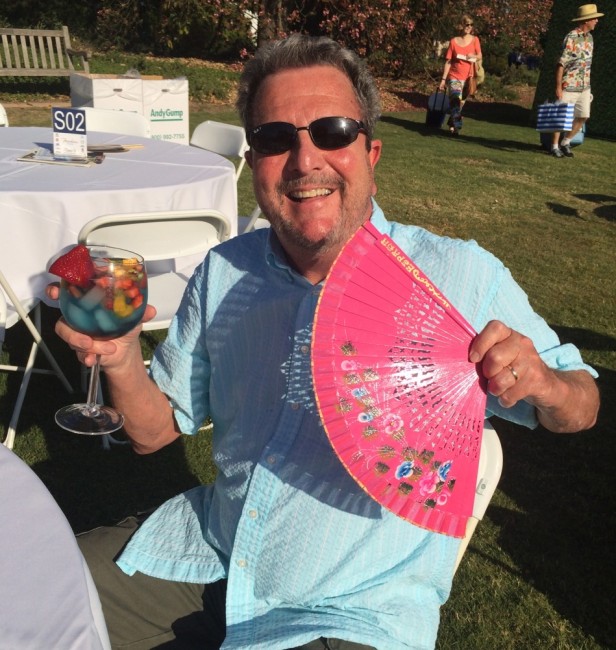 You can also buy food from assorted Food Trucks on the grounds or you can pre-order from a couple of caterers who supply food for this venue (check the website for details). 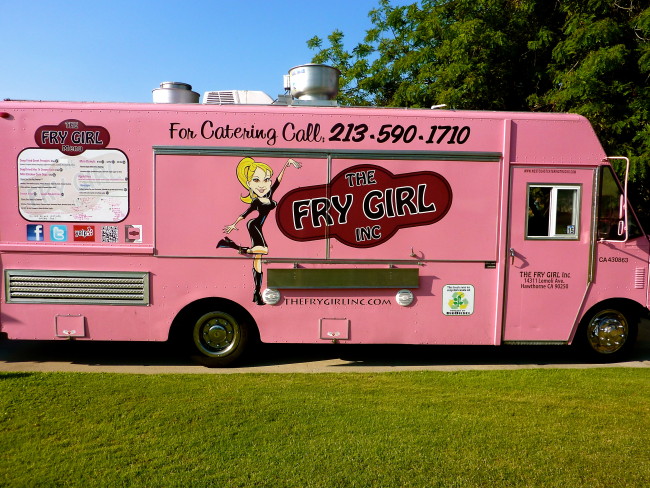 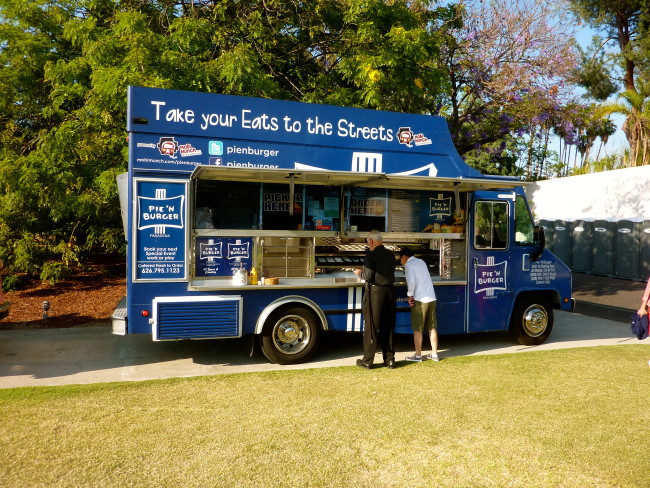 The Pasadena Humane Society also has an adoption wagon there just in case you feel the sudden need to adopt a pet during the concert (sorry, no peacocks). 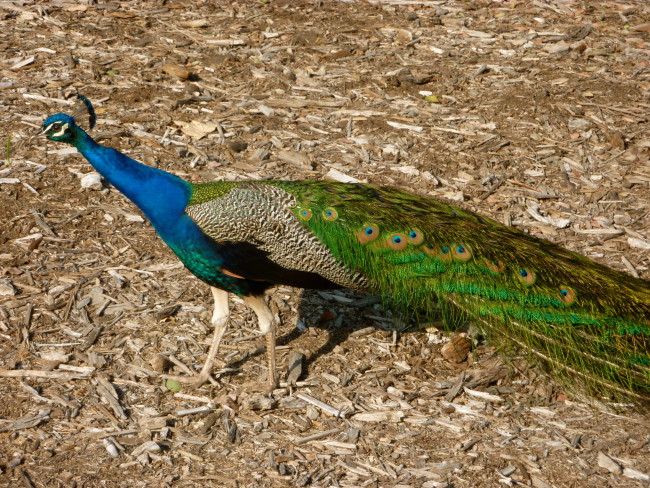 You can pre-purchase parking ($10), but we park in the nearby Westfield Mall and are transported the short distance to the Pops venue on buses that also whisk you back to your car afterward.   We usually arrive at the Arboretum when the gates open at 5:30 and picnic for two hours before the concert begins.

The San Gabriel mountains provide a perfect backdrop for this setting. 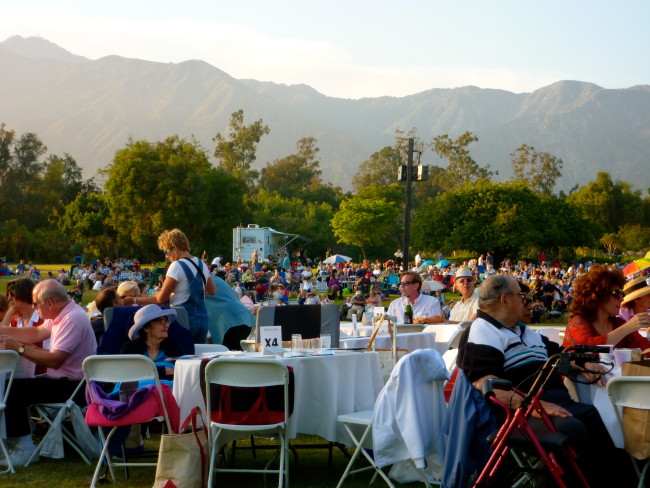 What can I say about Michael Feinstein? Well, here’s what his website says to start, “Michael Feinstein, the multi-platinum-selling, two-time Emmy and five-time Grammy Award-nominated entertainer dubbed ‘The Ambassador of the Great American Songbook,’ is considered one of the premier interpreters of American standards. His 200-plus shows a year have included performances at Carnegie Hall, Sydney Opera House and the Hollywood Bowl as well as the White House and Buckingham Palace.” 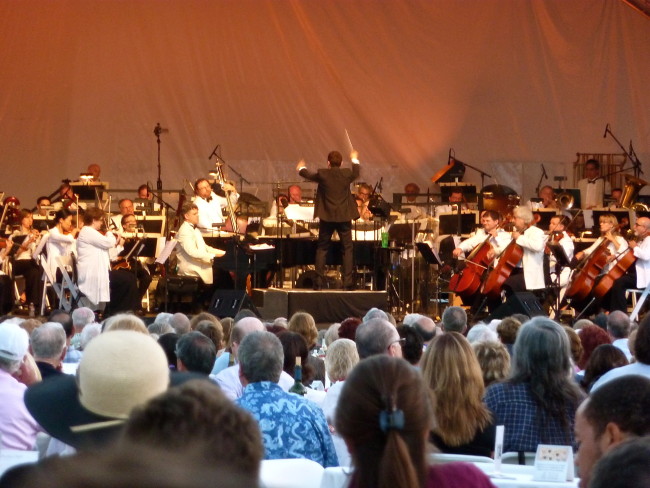 The guy seems to know just about everyone who has ever recorded anything. Besides well-known tunes, he will come up with scores that haven’t been presented in decades…and sometimes even a century or more. 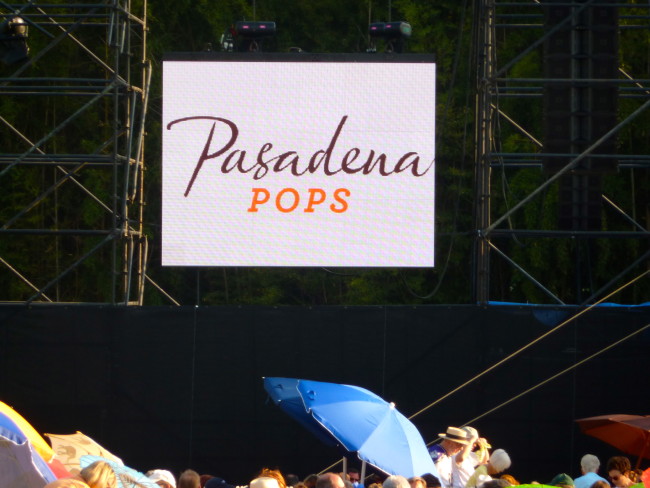 You never know who might show up in the audience. One night before introducing a song from Singing In The Rain, he also introduced a guest in the audience…Debbie Reynolds. There always seems to be a celebrity or two who show up here.  And his guest performers are also top notch. 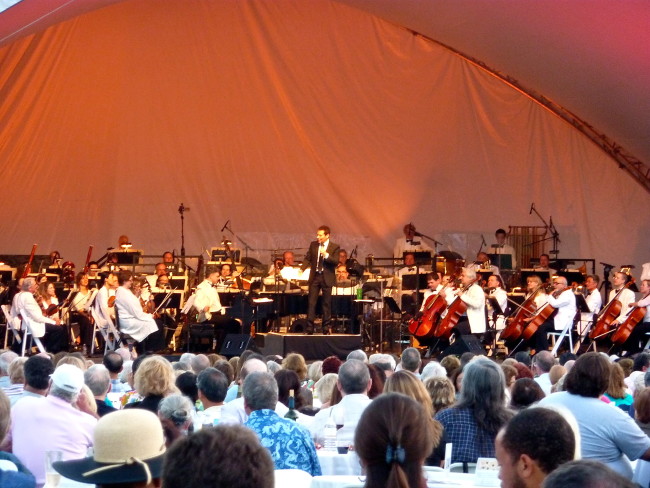 As great as the music is at each concert, the banter Feinstein has for his audience in between songs is also a highlight of his shows. Along with an incredible knowledge of music, he is also very, very funny, displaying a quick wit (especially when he has to deal with those occasionally noisy, but sweet-sounding, peacocks that wander the backwoods of the premises…hey, it’s their residence, too). 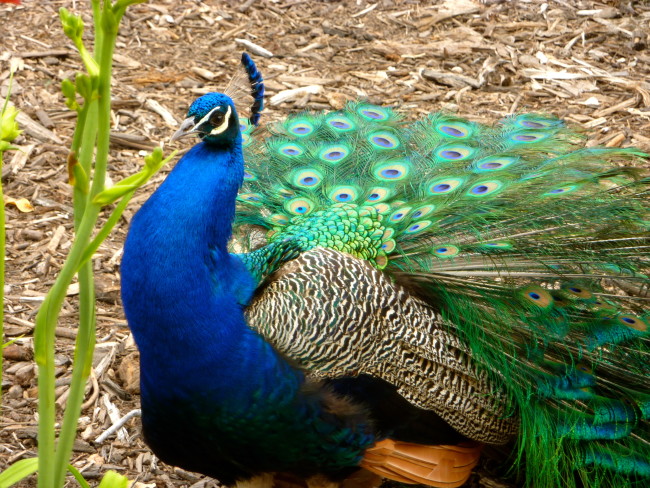 Upcoming 2015 concerts include “The Classical Mystery Tour” (a Beatles tribute without Feinstein).  He then returns for the remaining three concerts…“The Sinatra Project” (Feinstein will sing and not conduct that evening) on August 1, “To Ella & Nat With Love” on August 22 and “A Night At The Oscars” on September 12. 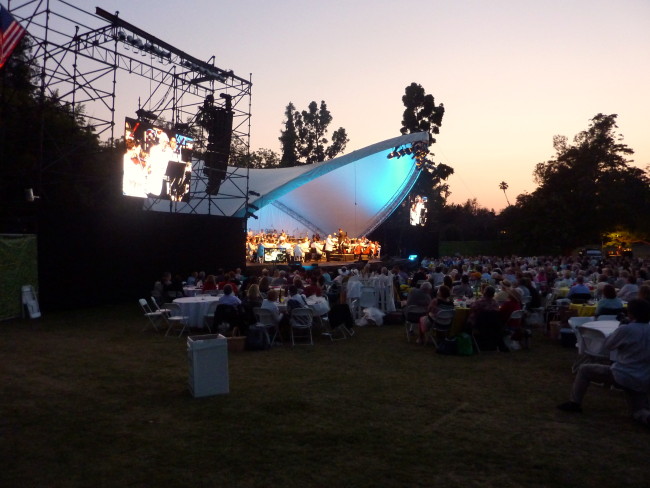 Tracy and I used to love going to the Hollywood Bowl, but horrible traffic and insane parking conditions have made that experience less than stellar in recent years.   With closer proximity to our home and the easy in and out parking (plus getting to have our own table to set up our meal instead of cramming into uncomfortable wooden seats at the Bowl), the Pasadena POPS at the Los Angeles Arboretum is our summer music venue of choice that provides the best music…and even more importantly…the most fun. 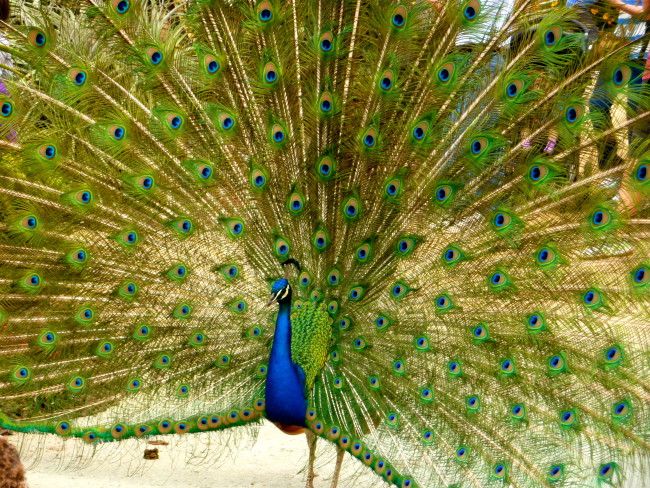 If you are in the area this summer, I highly recommend a night at the Pasadena POPS.  Tell the peacocks that MaiTaiTom sent you!