A Martini Worth Its Salt 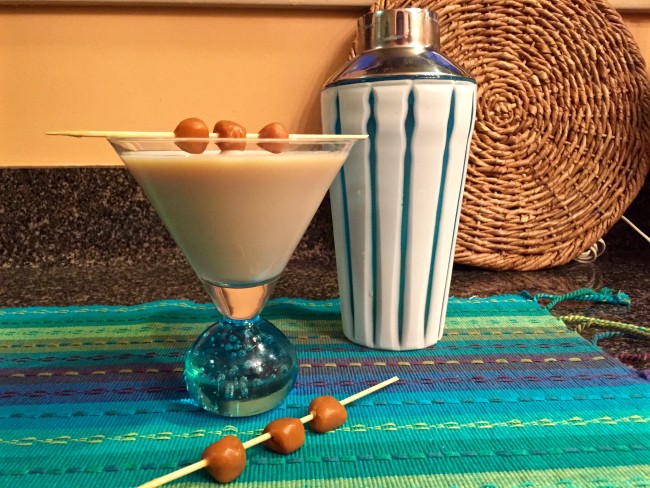 Here’s a “go-to” drink for your next holiday soirée!  While in New York, Tracy and I stopped by the Bryant Park Grill for a bite to eat.  On the menu was a Salted Caramel Martini, which sounded like the perfect dessert. 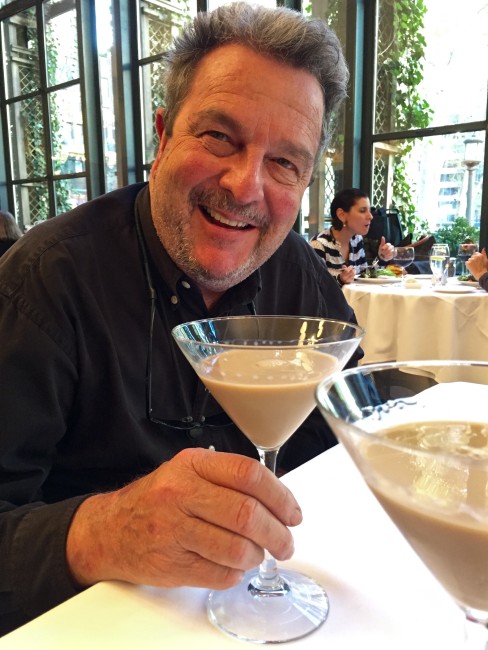 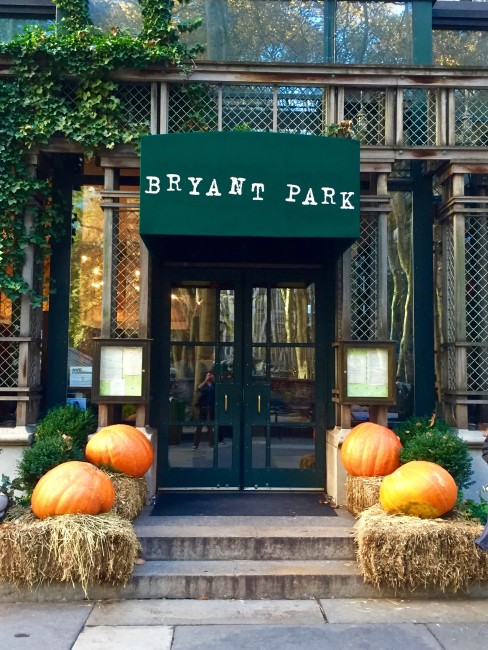 At $15 a pop, Tracy and I shared our martini because we had already spent our yearly salary during the first few days in NYC. The martini was well worth the money, and upon returning home we “experimented” with perfecting the recipe (hey, it’s a tough job, but someone needs to do it).  As it turns out, the simplest recipe turned out to be the best.  Plus it’s quick to make. The NYC Salted Caramel Martini makes the perfect dessert drink for your holiday party, but make sure Uber is on speed dial for your guests. 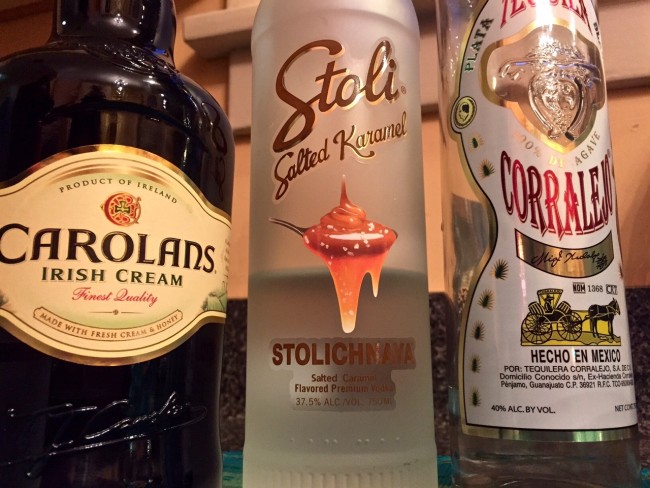 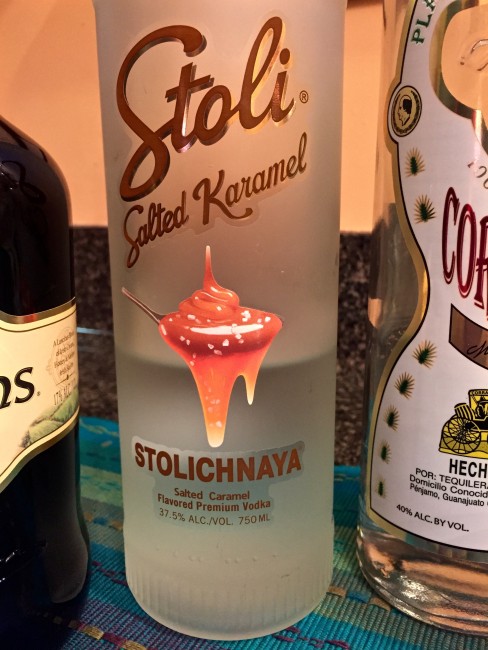 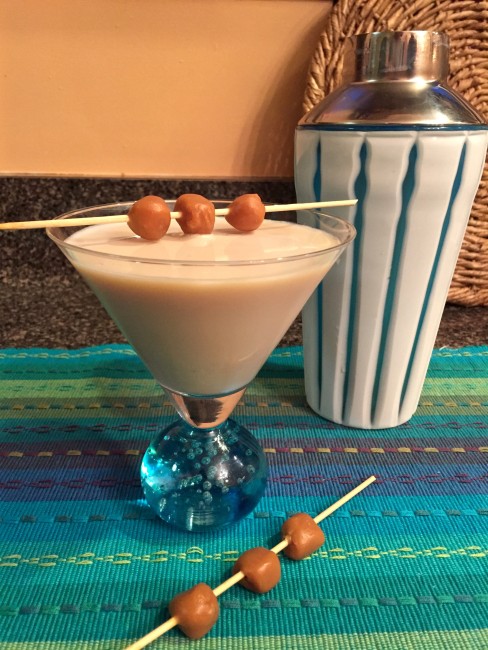 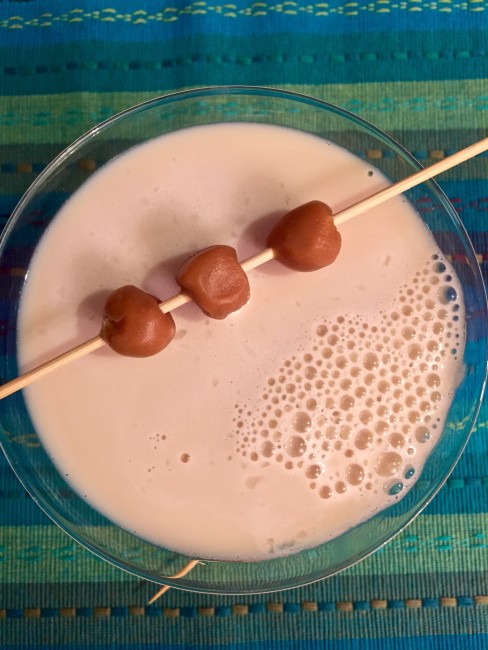 Directions:
Put your booze and ice in a martini shaker, shake 16 times, pour and garnish with caramels. Enjoy! 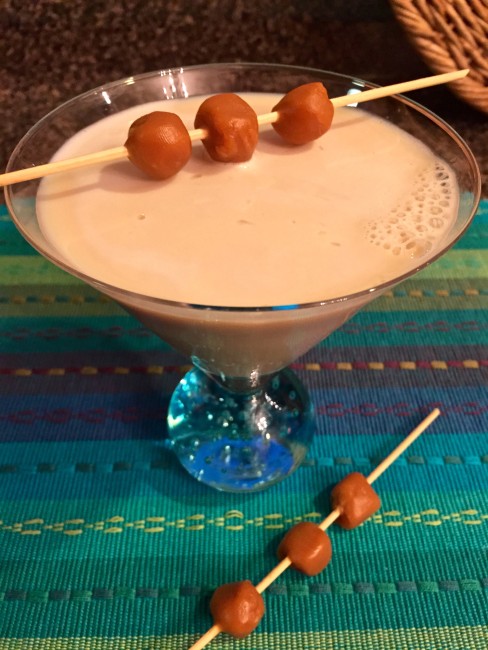 Hint: Cut the soft caramels in half and roll them into small balls like an olive. Put three of them on a toothpick for garnish.

Don’t swallow the toothpick or you’ll end up like poor old Sherwood Anderson (Anderson, a novelist and a short story writer, was on a cruise to South America with his wife in 1941 when he started to experience severe stomach cramps. He died a few days later at a hospital in Panama, where a doctor discovered that he had accidentally swallowed a whole toothpick that had likely speared an olive in a martini glass. The toothpick damaged Anderson’s internal organs, which resulted in infection and then peritonitis).

And on that cheery note…Bottoms Up! 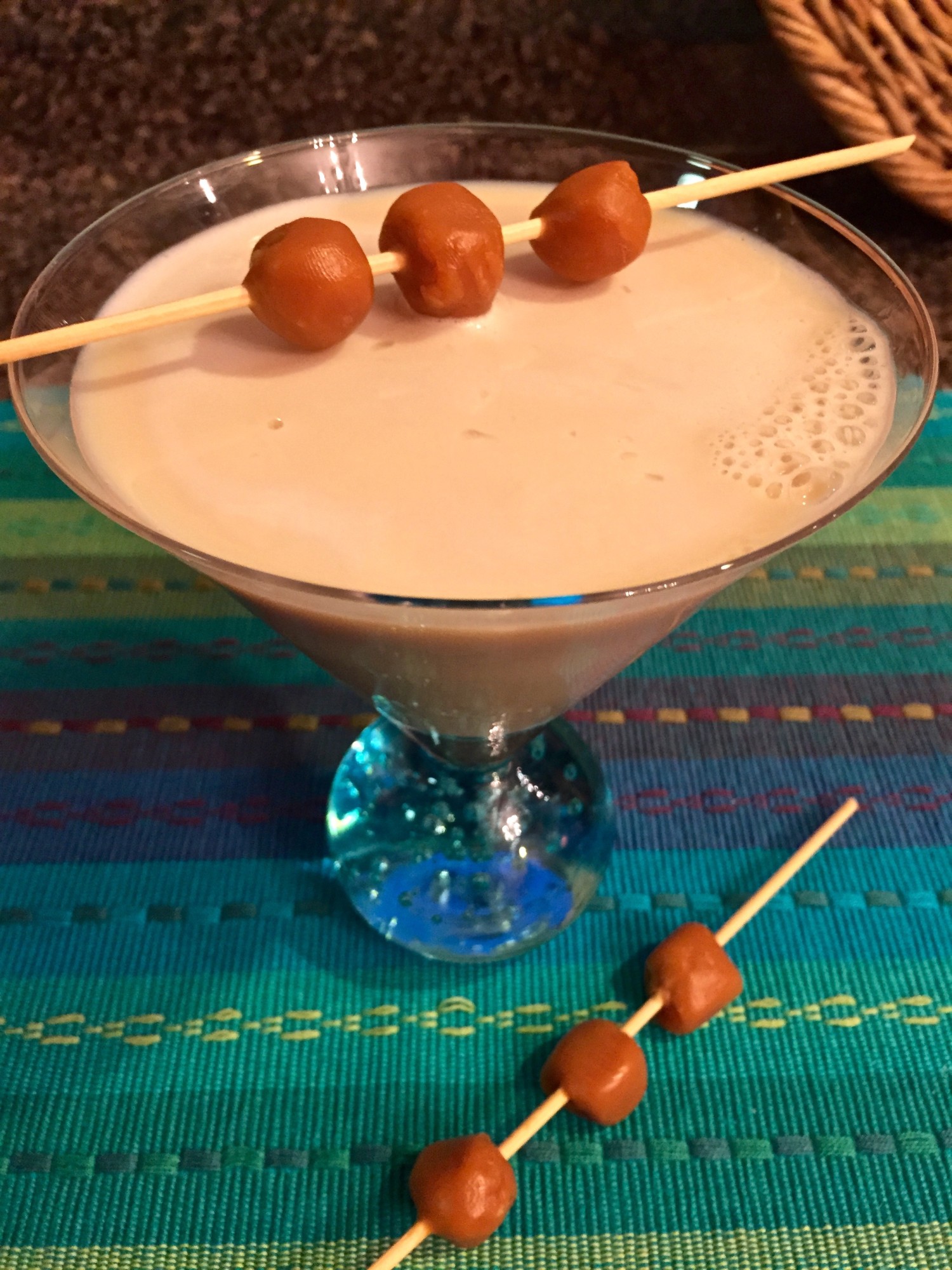