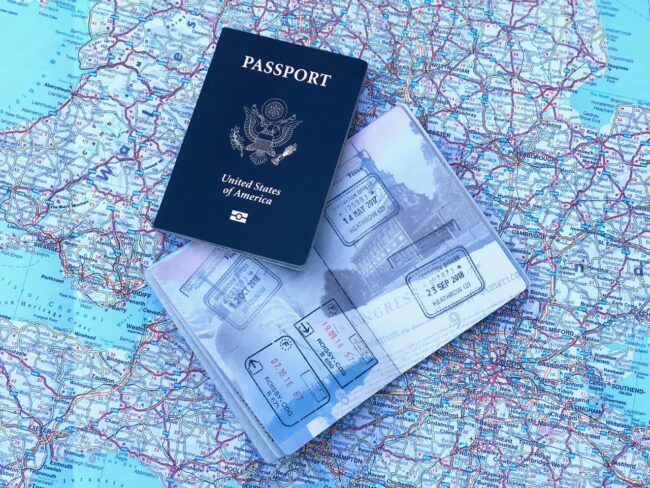 Get Your Travel Affairs In Order

Ok, now that you have that TV theme song firmly planted in your head for the rest of the day, let’s get to the real story, and a cautionary tale it is.

A good friend of mine, who travels a couple of times a year to Europe, and his girlfriend were recently denied boarding of their flight from Seattle to Barcelona, because …. drum roll please … his girlfriend’s passport was set to expire within three months. 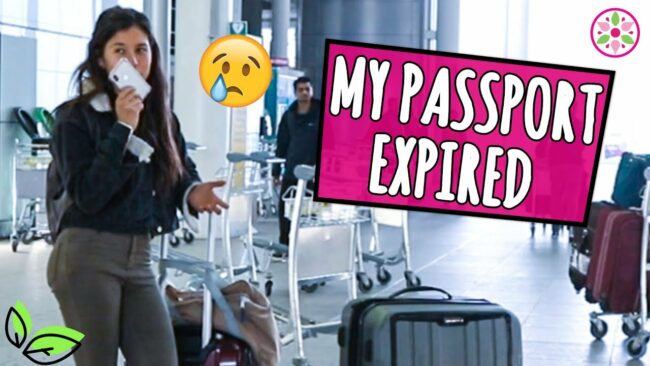 Fortunately, she was able to get an expedited passport in Seattle the following day, and they left for their trip two days later than expected. However, there were hotel and airline penalties incurred, not to mention the hassle of the whole thing.

Their tale of woe turned out to be a stroke of good fortune for another one my friends.  As an aside, I happened to relay this sad story to him a few days before he and his wife were to head to Germany.  After a quick expletive or five, he told me he thought his passport might expire within three months, too.  It did!

He immediately went online only to find the Los Angeles office where you can get an expedited passport did not have an appointment until January 8 (one week after his flight was set to depart on New Years Day).  Scrambling, he was able to secure an appointment the following morning … in San Diego. He took the train down there, and for an additional $60 above the regular passport price, he was able to receive his expedited passport.  Had I not thrown that story out to him, his trip could have turned into a nightmare, since I’m sure no agency is open New Years Day.

The passport renewal person in San Diego told him there was no way the airline would have let him on his flight and that there are fewer and fewer countries in the world who will let you in if your passport is set to expire within three to six months of international travel.   (Check with the U.S. Department of State for your specific destination.)

Somewhere in the back of my head I knew about that rule, but since Tracy has our passports scheduled for renewal a year in advance this really has never been an issue for us.

Something else to remember … if you have Global Entry, be sure to update your account with your new passport number.  I have no idea why that doesn’t happen automagically, but apparently it doesn’t.

Speaking of Global Entry, the last time we flew into the U.S. it was 20 minutes from the time we disembarked the plane to the curb thanks to GE.  The fee for the Global Entry card is $100, which includes the TSA PreCheck (which is $85) and is good for five years.  Be sure to check with your credit card companies … many will reimburse you for these fees every five years.

There are also other alternatives.  We have a friend who used a Mobile Passport App. “The Mobile Passport app enables U.S.  and Canadian passport holders to submit their passport and declaration information to U.S. Customs and Border Protection (CBP) via their mobile device instead of completing the traditional paper form, then access designated Mobile Passport lanes in the Federal inspection area. The app does not require background check, interview or pre-approval….”  It is currently available at 27 airports and 4 cruise ports.

Finally, there is something called CLEAR.  We do not have CLEAR, and I know very little about it except that there never seems to be anyone in that line and it costs $179 a year.  At this point in our lives, we don’t travel enough to justify that fee.

In a recent article on trip insurance in Westways Magazine, it mentioned briefly that some countries are now requiring proof of medical insurance before entry (Czech Republic, Eucador and Slovakia).  We always travel with trip insurance because, well, this photo of me flying back from France in 2014 says all you need to know… 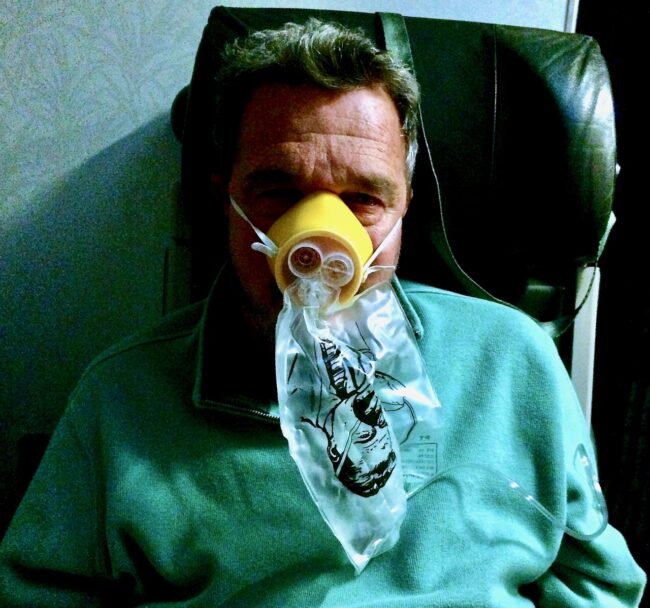 For those of you over 65, Medicare does NOT cover medical services outside of the United States except for three very narrow situations.  “The term ‘outside of the U.S.,’ means anywhere aside from:  The 50 states, District of Columbia, Puerto Rico, U.S. Virgin Islands, Guam, American Samoa and the Northern Mariana Islands.”

So in closing, renew early!  Nine months to a year is best (also cheaper and less stressful than expediting).

If you have Global Traveler be sure to update it with your new passport number.

In an abundance of caution, carry proof of medical insurance.

Now, where the heck is my passport?