Our recipe is courtesy of a former co-worker, Ania, who brought this to a potluck 25 years ago.  It was one of the best potato salads I had ever tasted, but it was different from most potato salads I grew up with. This is really light on the mayo and mustard, so the vegetables and apples really shine.

The first thing I noticed about Ania’s salad was how each ingredient was neatly diced.  It looked like it took hours to prepare the ingredients. Ania told me the secret is to use an egg slicer to slice the potatoes and apples evenly.  My salad does not even come close to the appearance of Ania’s salad as my egg slicer broke, and I don’t have the patience for the tiny dicing … so rustic it is!

Ania came to the United States from Poland in the 1980s, and this was one of the traditional recipes she brought with her.  In Poland, Salatka jarzynowa (vegetable salad) is frequently served at Christmas and Easter.  She gave me her recipe on a yellow Post-It, which I have treasured ever since. This recipe calls for apples and green peas.  Actually, canned green peas, but Ania said frozen green peas, thawed, will work too. She also recommends using Macintosh apples, Best Foods mayonnaise, and Gulden’s mustard. We are not Macintosh Apple fans. The produce guy recommended a new variety of apple from New Zealand called Dazzle, a sweet, crisp red apple (Envy, Sugarbee, or Honeycrisp would also work … see which one is in season).

Use a waxy potato like a Red Bliss for this salad, so it keeps its neat appearance. Starchier potatoes tend to fall apart when cut, making for a messier looking salad. Try to get the potatoes the same size, so they cook evenly.

The apples add a nice crunch to the salad. Tom does not like either peas or pickles (in fact, he hates pickles), however to my amazement, he loved this potato salad. Go figure! I always add diced apples to store-bought potato salad, thanks to Ania.

Try this at your next barbecue or picnic … I think you will love it! In a stockpot or Dutch oven, cover the potatoes and carrots with one-inch cold water. Bring to a boil over medium-high heat. Cover and reduce the heat to medium, and simmer until the potatoes are tender about 15-20 minutes. Check the carrots after 10 minutes. They should still be slightly firm. Drain and allow to cool completely. In a small bowl, whisk the mayonnaise, mustard, and sugar together. Set aside.

In a large bowl, gently toss all the vegetables together. Add the dressing and stir to combine—season to taste with Kosher salt and fresh ground black pepper. Cover and refrigerate at least an hour before serving. 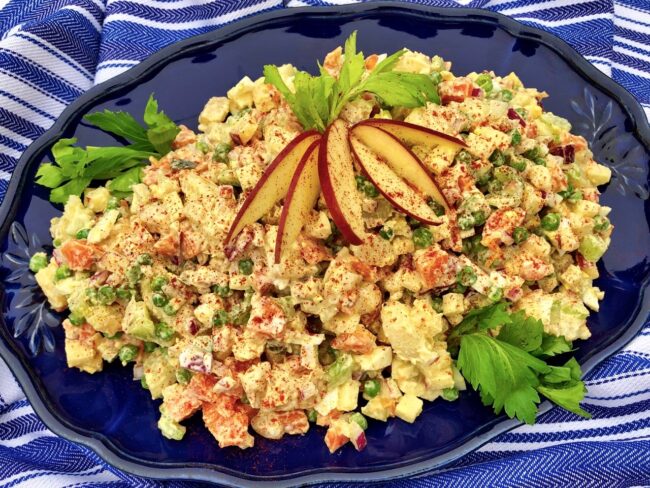 Just before serving, sprinkle with smoked paprika. It’s even better the following day! 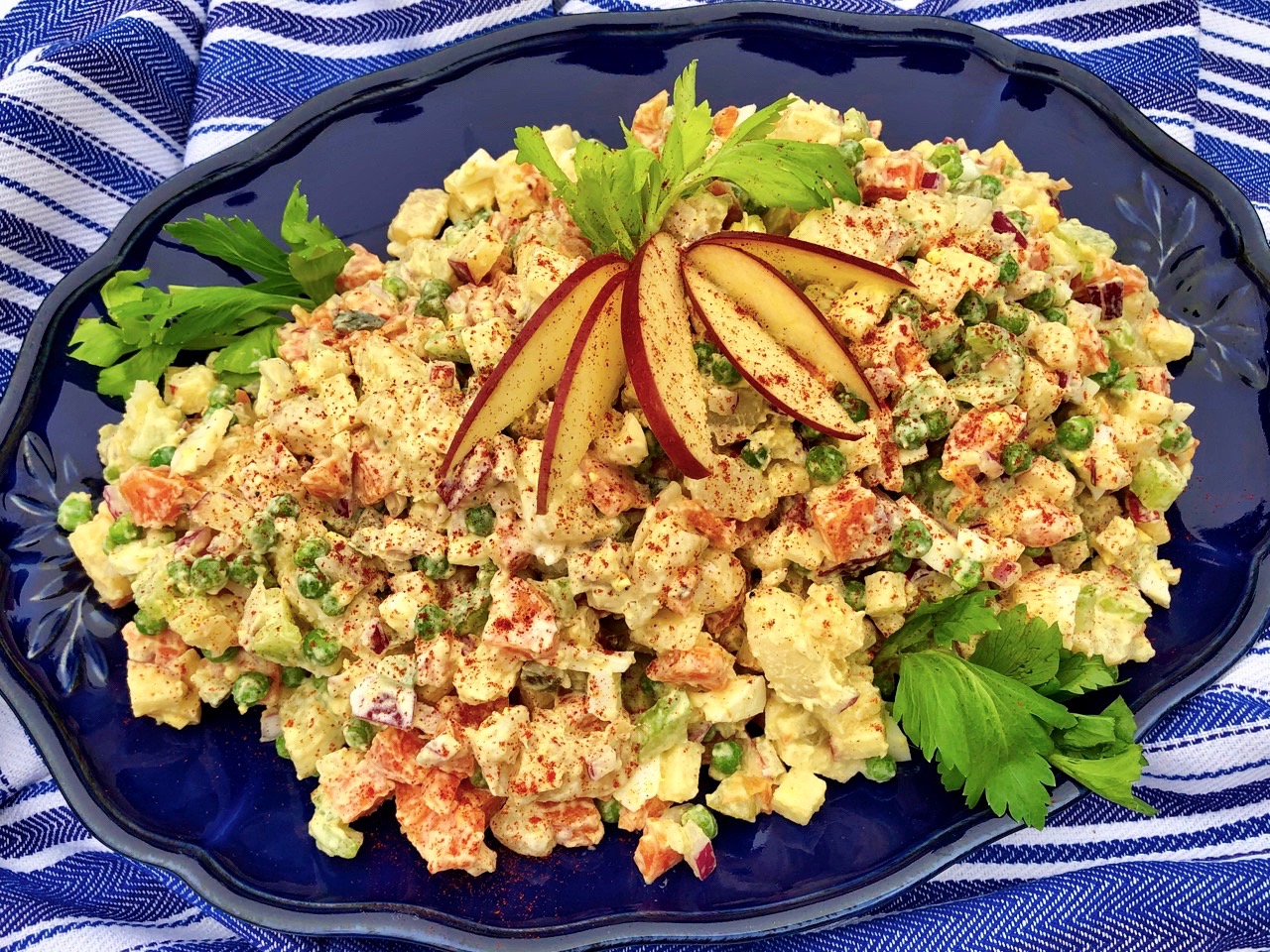