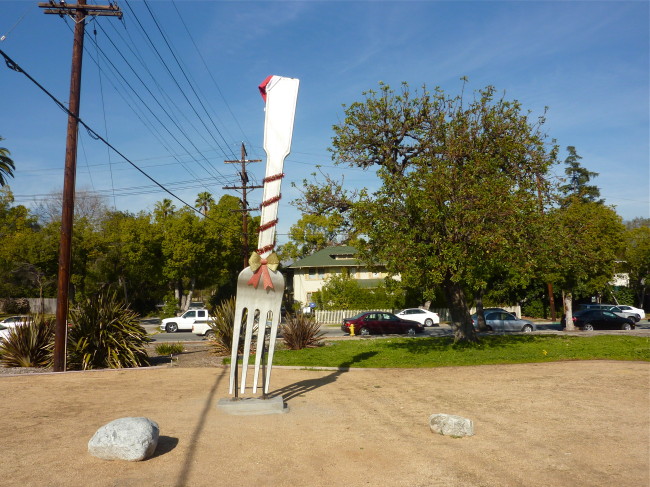 The Fork In The Road – Pasadena

What do you do when you come to a fork in the road? Get out of the car and take a photo, that’s what. A weird moment occurred a couple of years ago as I drove on Pasadena Avenue north toward St. John Avenue in Pasadena. As I approached the intersection, there was a giant utensil staring me in the face. Of course, I got out to see if my eyes had deceived me. They hadn’t. There was an 18-foot tall fork tall fork towering over me. 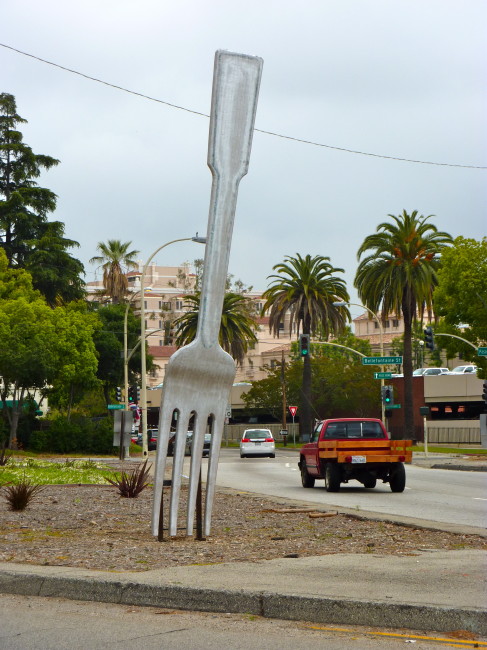 As it turned out, out, the fork was a very neat birthday prank in honor of Bob Stane, founder of the Ice House Comedy Club in Pasadena and who owns the Coffee Gallery Backstage in Altadena where you can catch some really cool acts.  According to KTLA television, “Stane’s long time friend, Ken Marshall, said he wanted to do something special to celebrate the milestone event and thought it would be funny to surprise Stane with the giant eating utensil. The two men had often joked over the years about how funny it would be to see a big fork in the road at that intersection. Marshall worked in his garage day and night building the fork and, under the cover of darkness, stuck it in the ground.”

I didn’t think too much about that fork until I got out of the hospital late in 2010. The Huntington Hospital, where I spent 105 days, is right down the block from where the fork had been located, and I was a little sad that the city had deemed the fork too dangerous to stay up (I guess they were worried somebody would bring a big bowl of pasta, and the fork would fall on them). 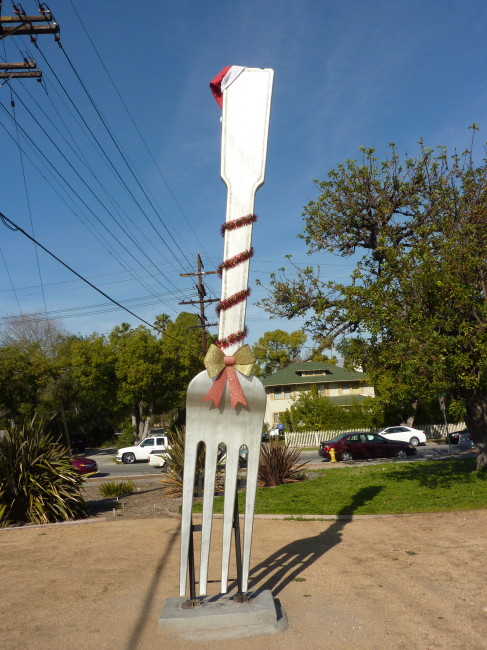 But recently, there was good news for all of we “Fork Lovers.” The refurbished wooden fork has been put back up a short distance from where it was originally stuck. 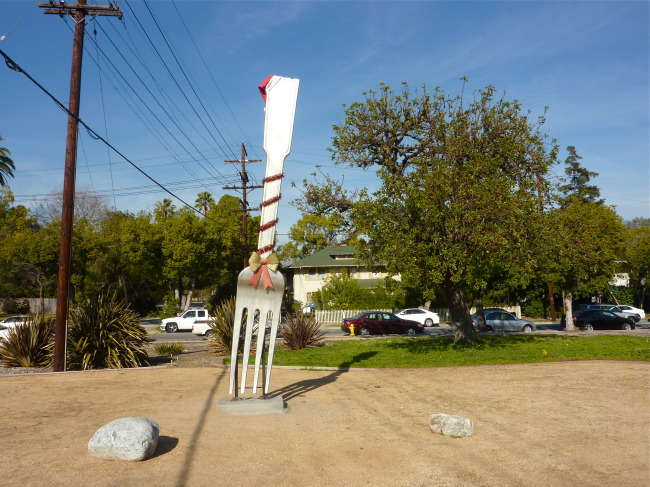 According to Pasadena City Engineer Dan Rix (who did not speak with forked tongue), “We found a new location within the island, set back further north, so that if people want to get out and take a look or take their picture with the fork they don’t have to stand in the street to to get the whole fork into their view.” 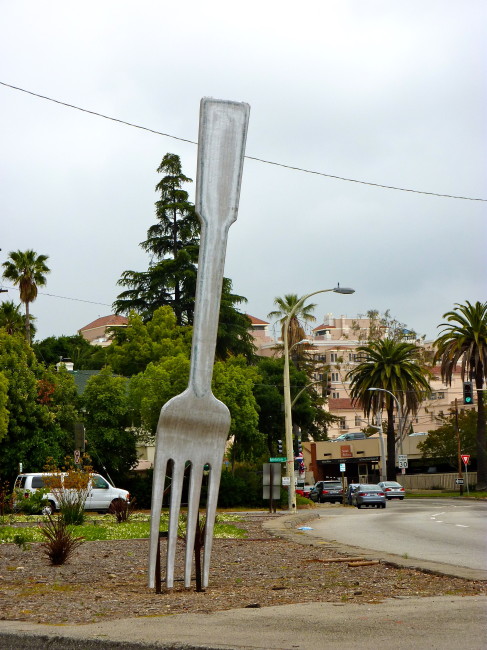 The Fork In The Road
Intersection of Pasadena Avenue and St. John Avenue – Pasadena