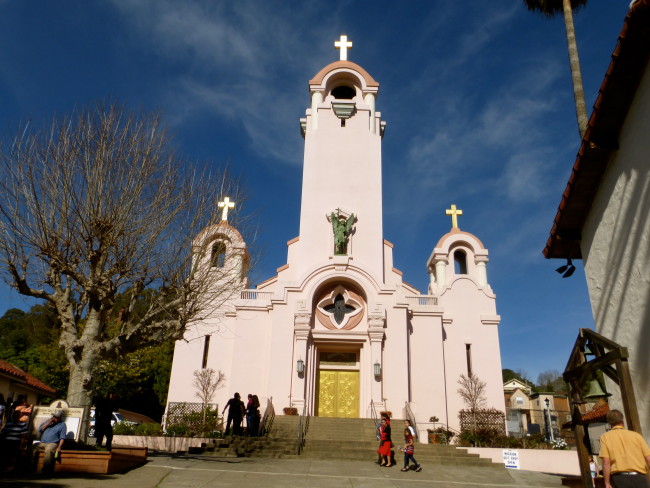 After a morning spent touring the Misión San Francisco de Asís, the four of us (Kim, Mary, Tracy and I) decided we could chalk off another mission shortly after crossing over the beautiful Golden Gate. We had two cars, so I asked Kim for directions, and he said, “We’ll cross that bridge when we get there.” Our car has GPS that unfortunately wasn’t much more help than the “directions” Kim had just given me… 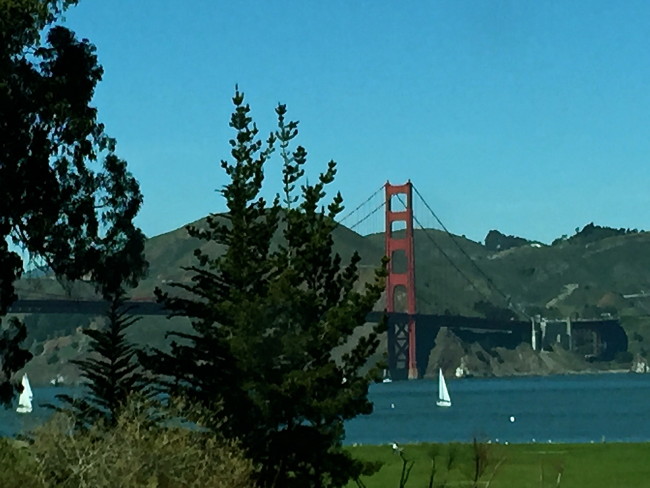 …but after navigating terrible San Francisco traffic and, yes, crossing that bridge, in a little more than 15 miles we found ourselves in San Rafael, home of the Mission San Rafael Arcángel. This would be the 14th mission I had visited, and even with my limited San Diego State Math 3 skills, I knew that I would soon be 2/3 of the way through this mission journey. 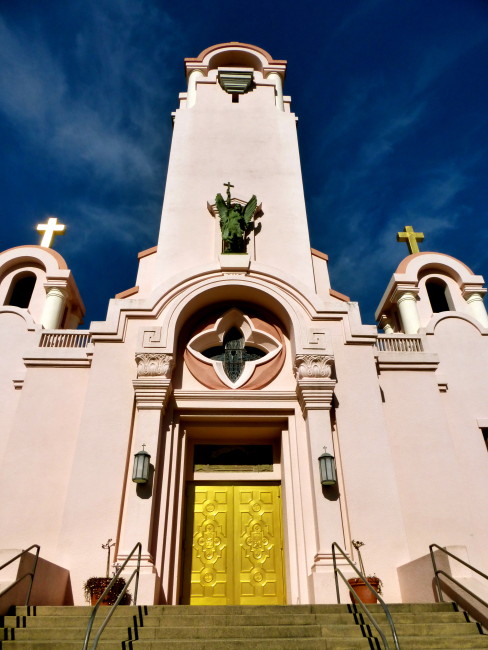 By now the day had turned very hot (especially for up here), but undaunted (and hungry) we trudged on through the oppressive heat (ok, we just had to walk a few blocks). A restaurant beckoned and it was crowded, so we felt that might be a sign of good food.

I don’t know why Marvin Gaye suddenly came into my head, but I had heard it that the Crepevine was a good restaurant.  We wandered in, and as you can see there are a ton of choices (photo from website…we were too busy scarfing down our meal to take pictures.).

As stated, the place was jam-packed, we ordered our food and scored the last free table inside. Being a crepe place, Mary ordered La Delice (a ham and cheddar cheese crepe).   Since I was on a “Mission Quest” I ordered The Mission, (Soy Bean Chorizo, eggs, scallions and jack cheese wrapped in a flour tortilla on a bed of black bean chili topped with salsa fresca, avocado and sour cream.)   My first thought: “I hope this mission has a bathroom.”  I forgot to write what Kim and Tracy had because I was face-deep in 3,000 delicious calories. 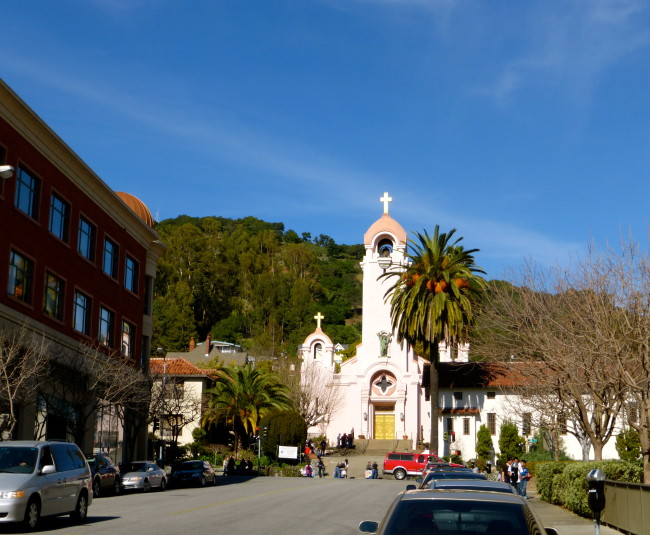 It was then a short walk to the Mission San Rafael Arcángel.  After nearly being run over by a fire engine, we safely reached our destination.  Interestingly (to me anyway) among the many things St. Raphael is a patron saint of are travelers, medical workers and nurses (perfect for one of my trips). 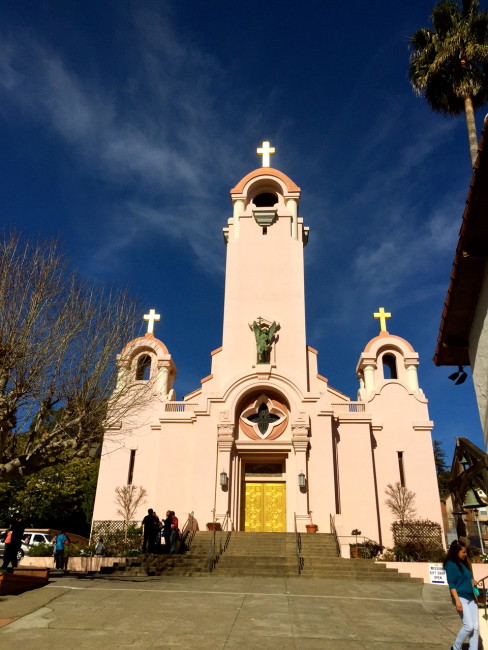 When it was originally built in 1817, San Rafael Arcángel was only created to be a medical asistencia (sub-mission) of Misión San Francisco de Asís…a place where patients from that mission could travel a short distance to be treated.  It was not constructed to be a huge complex…it only contained a hospital, chapel, padre’s quarters and a storage area.  It measured only 87 feet long by 42 feet wide… 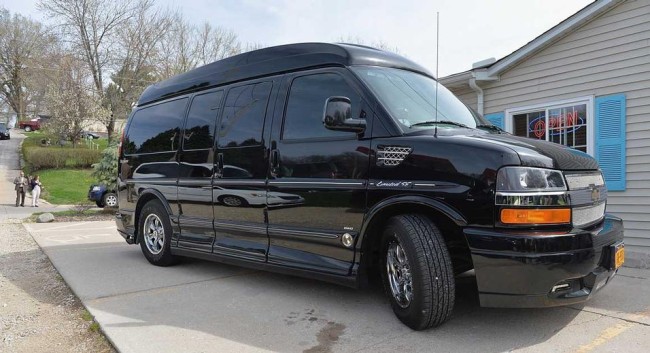 …which I believe is only slightly little larger than Hillary’s van touring Iowa. 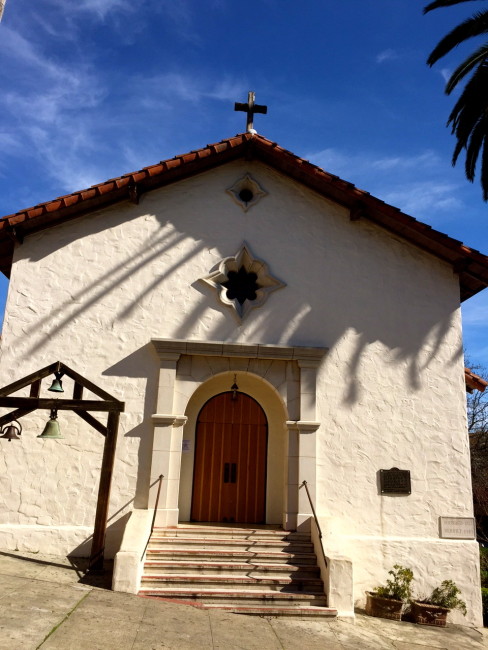 It seems the mission developed a complex of its own and didn’t feel like being in submission anymore, so in 1822 the little guy received its mission wings (aka full mission status).  It didn’t last long, however. 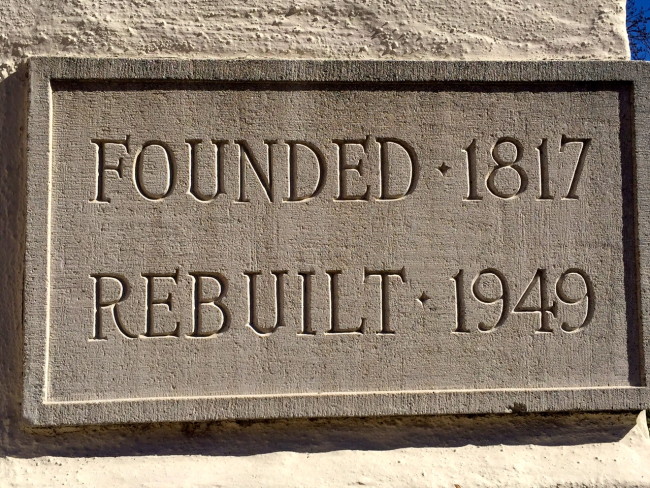 By 1844, the mission was abandoned (it was, in fact, the first mission to be secularized), then sold in 1846 and by 1861 San Rafael Arcángel was in massive disrepair (much like the Oakland Raiders organization). 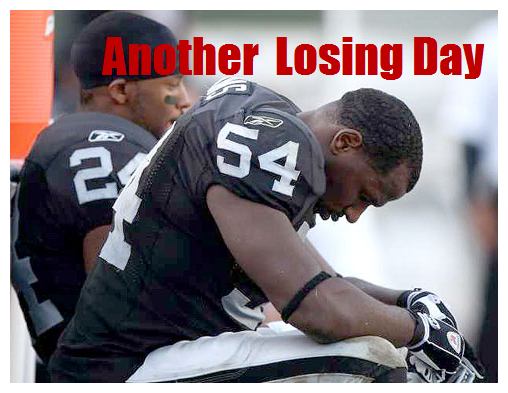 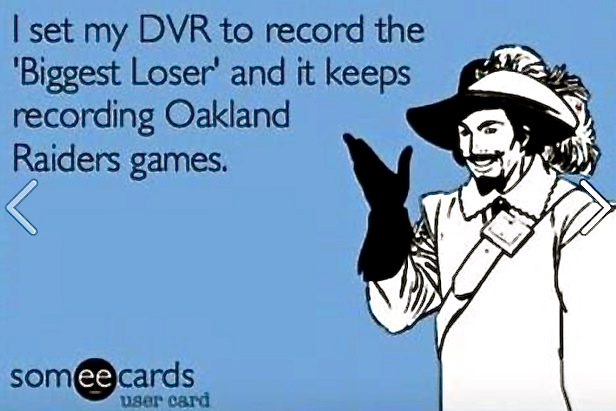 From its website, “A new parish church was built near the old chapel ruins in 1861. In 1870, the rest of the ruins were removed to make room for the city of San Rafael. All that was left of the mission was a single pear tree from the old mission orchard.”

Today, it has the distinction of being the “most obliterated of California’s missions.”  Hey, everybody needs to be known for something.

In 1949, Monsignor Thomas Kennedy rebuilt and restored the chapel at the mission, and a replica of the original mission was constructed next to the parish church of San Rafael (to see how that’s accomplished, look up Rock Ridge/Blazing Saddles). 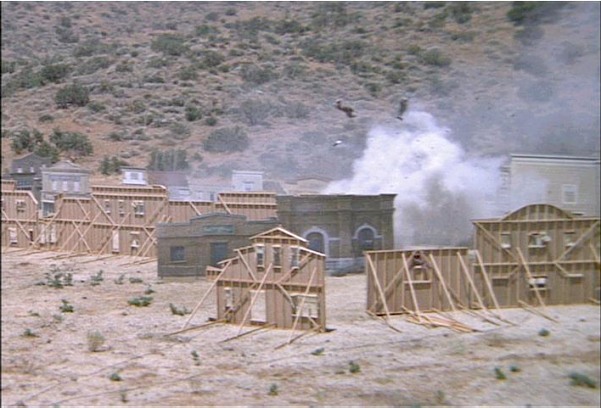 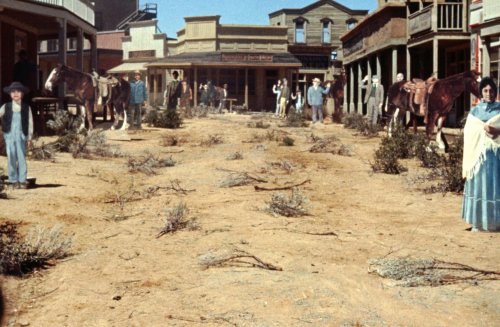 The replica of the old church building was constructed courtesy of a grant from the Hearst Foundation.  Just like the original, a mission bell was hung by the front door. 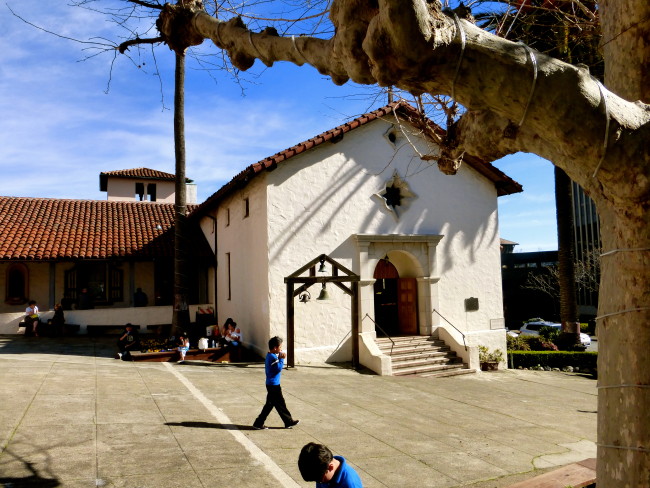 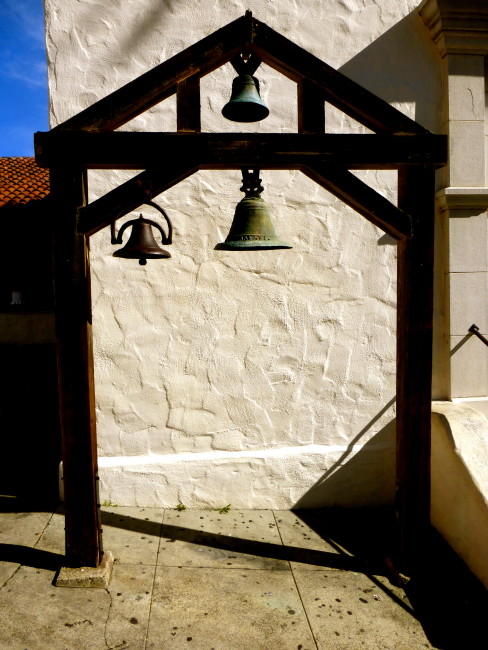 We first visited the smaller church on the premises.  On the left, as you enter, is the replica of an iron whaling bell from the 1830s and one of the oldest of the mission bells.  We would see the original later. 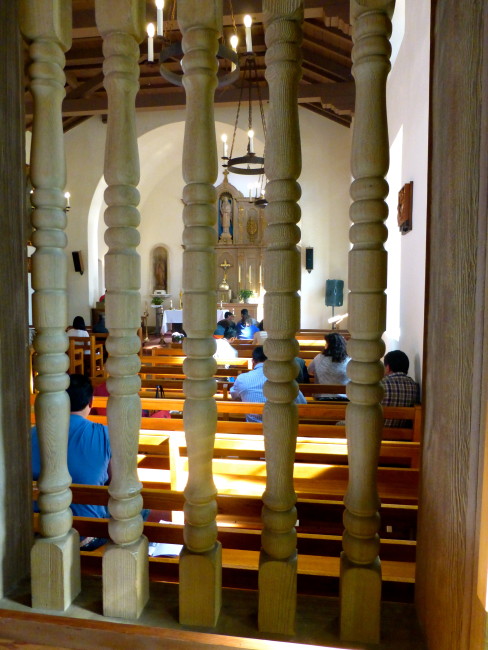 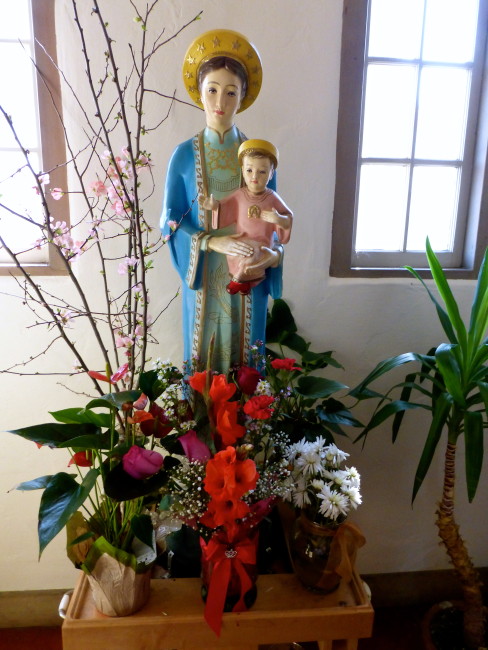 There were services going on when we walked in, so we didn’t stay very long (although one lady seemed happy to pose for a photo). 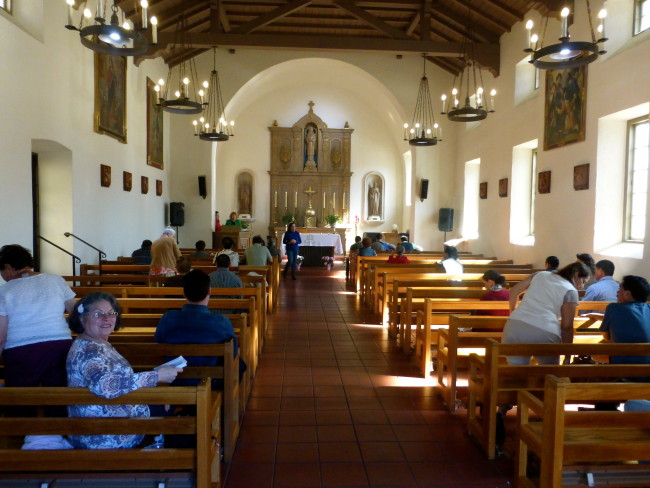 The church actually looked bigger from the inside than the outside. 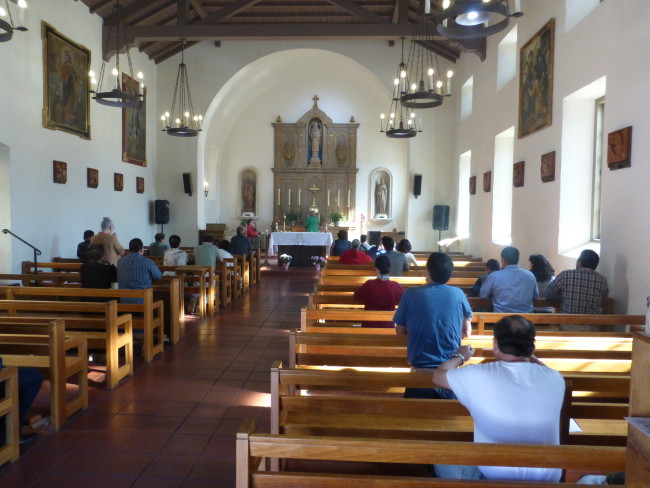 I’ll have to admit this mission had the least information about itself on site, and the people working there were friendly, but not overly informative.   Of course after our tour of Misión San Francisco de Asís, this was bound to be a let down. 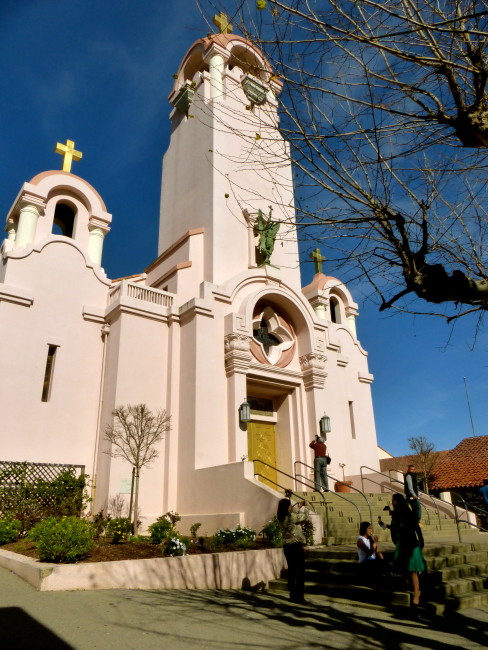 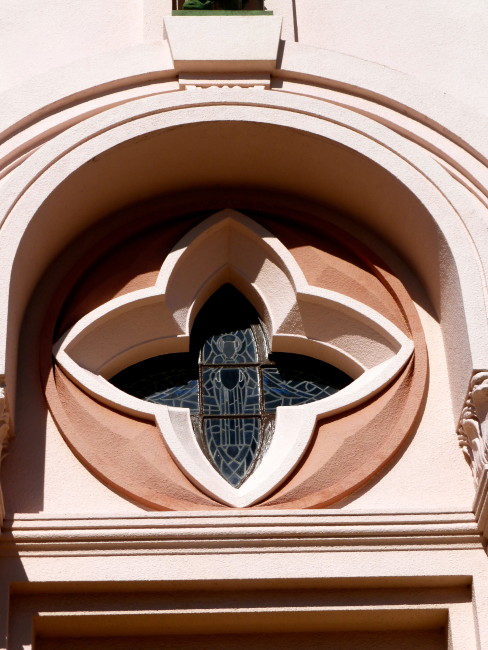 The larger church (Saint Raphael Church) was ready to be closed down for the day, so Tracy and Mary ran over to get a couple of photos inside. 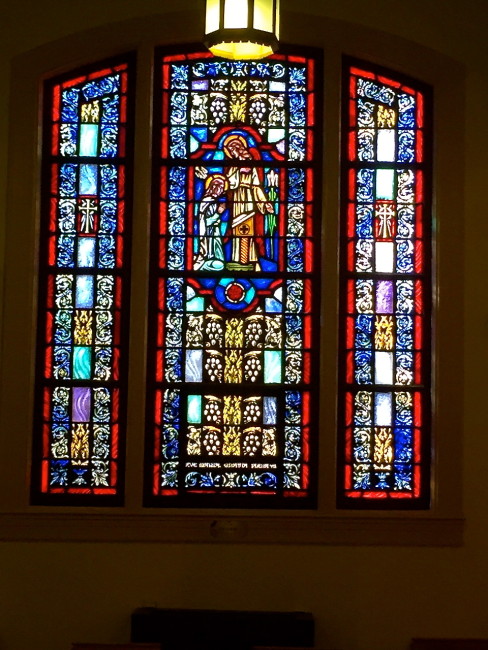 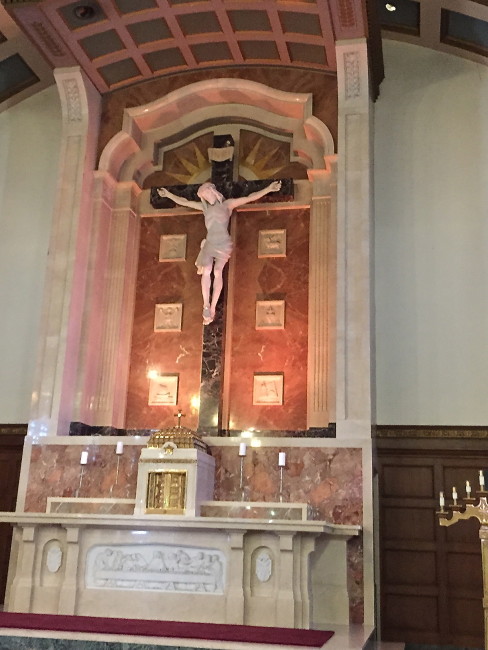 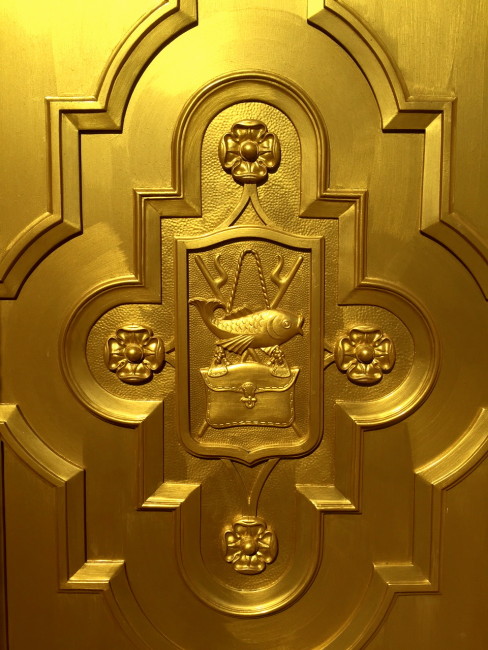 There is also a museum that displays some old artifacts including the original bells of Mission San Rafael Arcángel and a painting of St. Raphael. 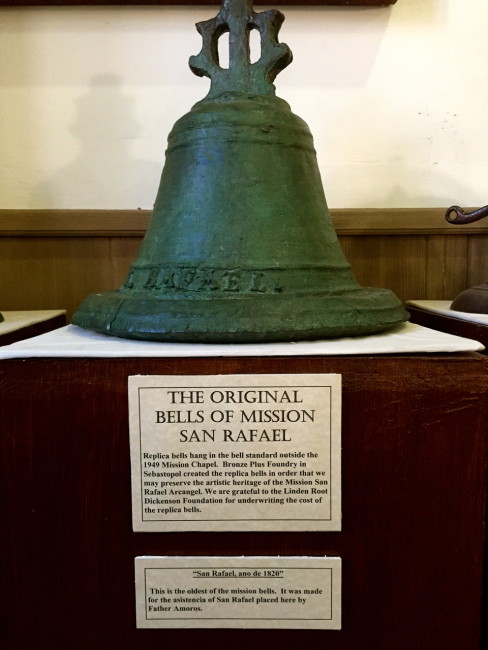 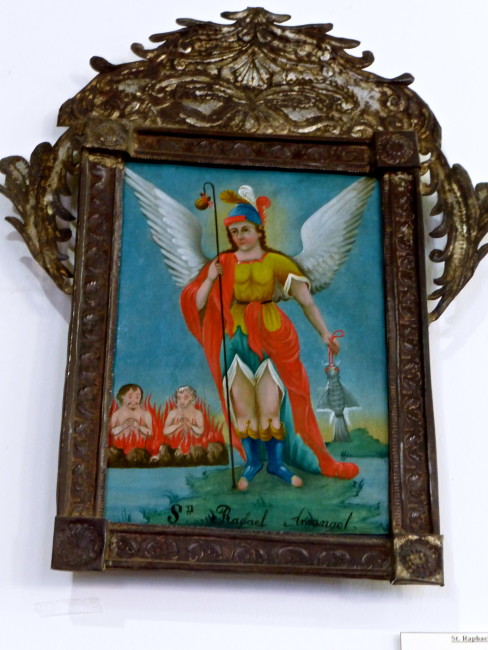 I’d have to conclude that the Mission San Rafael Arcángel would be my least favorite of the California’s missions we have visited so far, but they still can’t take away the coveted “Most Obliterated Award.” 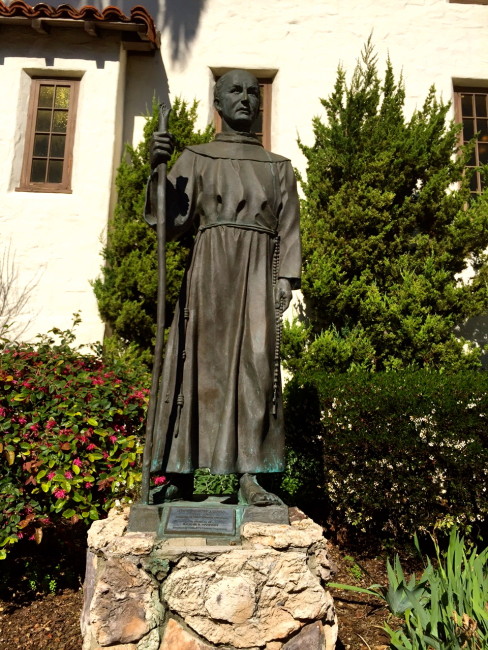 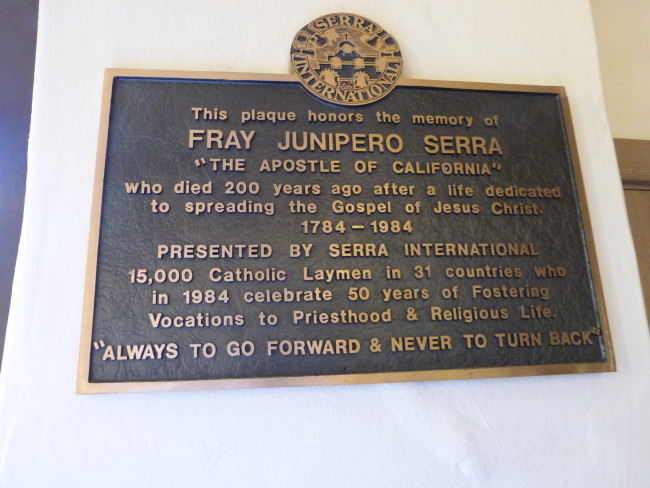 Plus, we found a good restaurant. 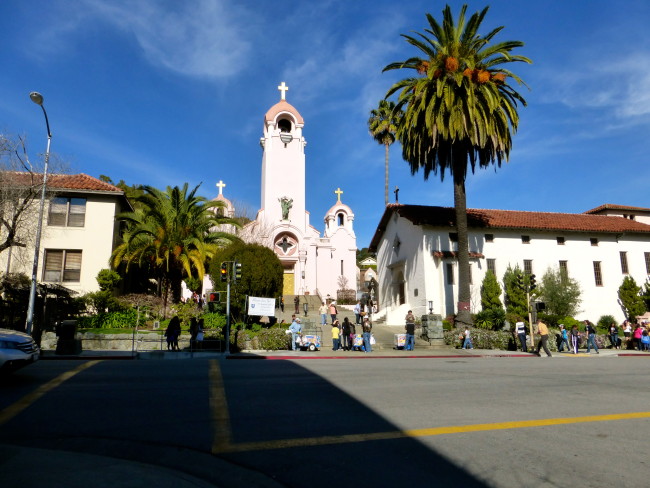 There are seven missions remaining to be seen on our journey. Tracy and I have decided we’ll choose a long weekend and knock out the final ones sometime this autumn.  Then, I guess, we’ll have to come up with a new crazy quest. Any ideas?