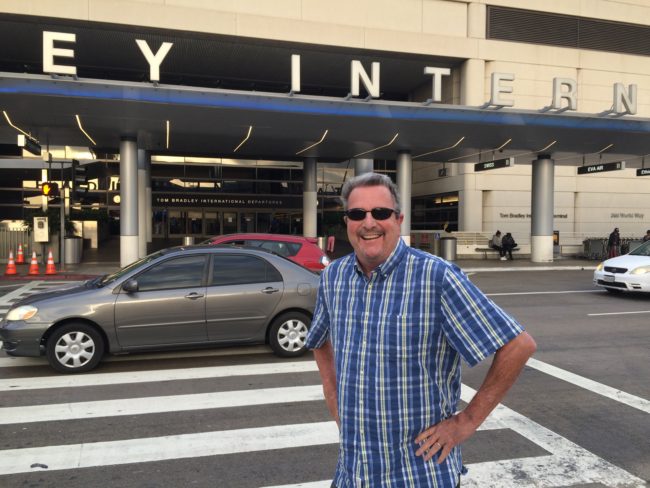 It takes something special for me to wake up at 5 a.m. on a holiday morning, but that’s exactly what Tracy and I did this past Labor Day.  As it turned out, the lack of more holiday sleep was well worth our time.  In May of this year, we finally decided to apply for the Global Entry card so that we could, hopefully, avoid the long lines coming back from outside the country into the United States at Los Angeles International Airport.  On one of our recent trips, when we arrived at LAX, the process took just about two hours from the time we hit Passport Control until we finally exited the terminal.

We completed the online application (www.globalentry.gov) and made our appointment for the in-person interview.  Although it was Memorial Day weekend, the first available appointment at LAX was not until September 5.  This was going to be a close one as we were leaving on vacation shortly thereafter (I have read that interview appointments are more readily available at other airports and sites).

The fee for the Global Entry card is $100, which includes the TSA PreCheck (which is $85) and is good for five years.  Be sure to check with your credit card companies, many will reimburse you for these fees every five years.  Of course, we did not learn that until after we paid with American Express which does not reimburse unless you have a Gold Business card.

We received an email confirming our appointment along with a list of items to bring to the appointment:  the confirmation letter, passport, and a document confirming your address (either your driver’s license or, if the address is not current, then a utility bill or like item).

Even at 7 a.m., the traffic at LAX was horrific. I took it in my usual calm manner. OK, maybe not. 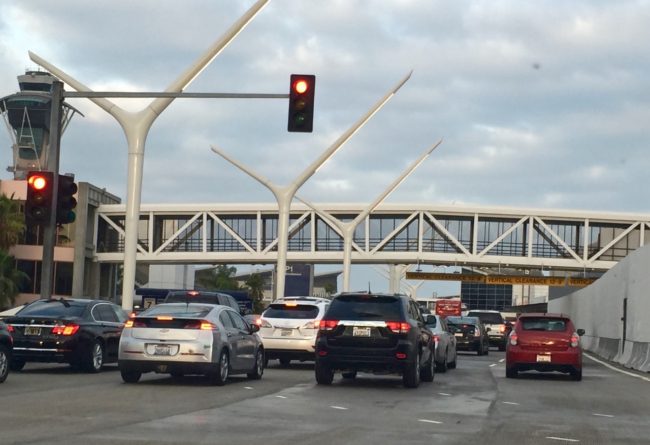 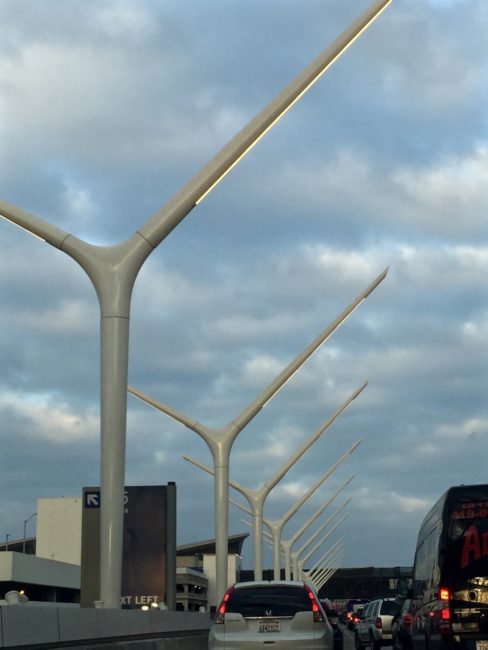 Our appointment was for 7:45 a.m.   If you do this at LAX, you park in Lot P3 immediately across from the Tom Bradley International Terminal on the departures level.  Parking is $3 for the first hour with a $30 maximum if you decide to spend a quality day at the airport. 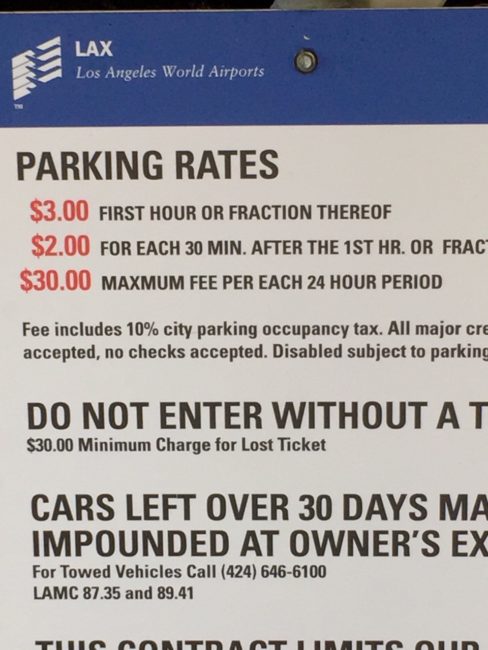 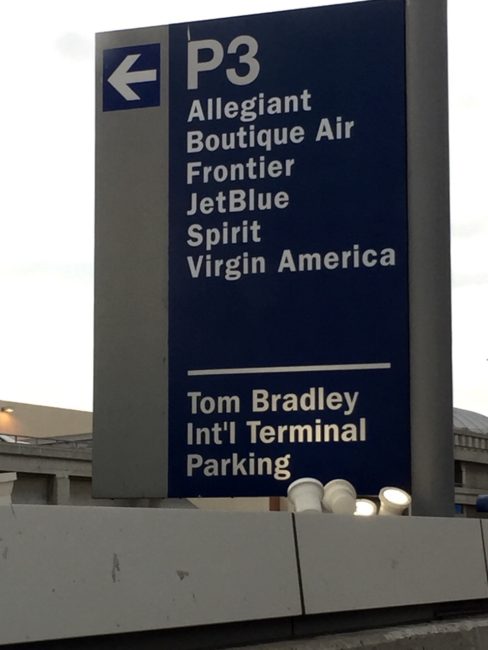 We crossed the street into the Tom Bradley International Terminal and turned left once inside. 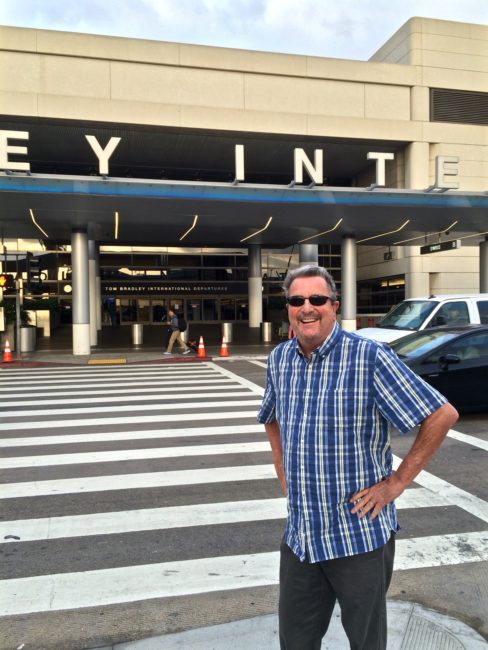 On your right will be the Travel & Leisure kiosk and on the left is US Customs and Border Protection as well as a currency exchange kiosk and an information desk.  This is the place. 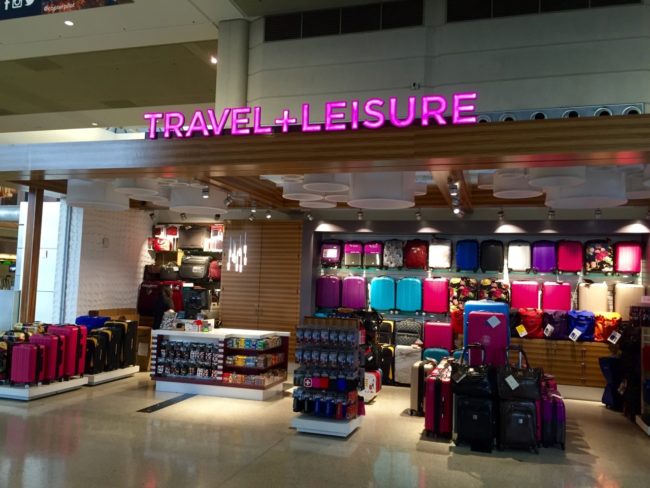 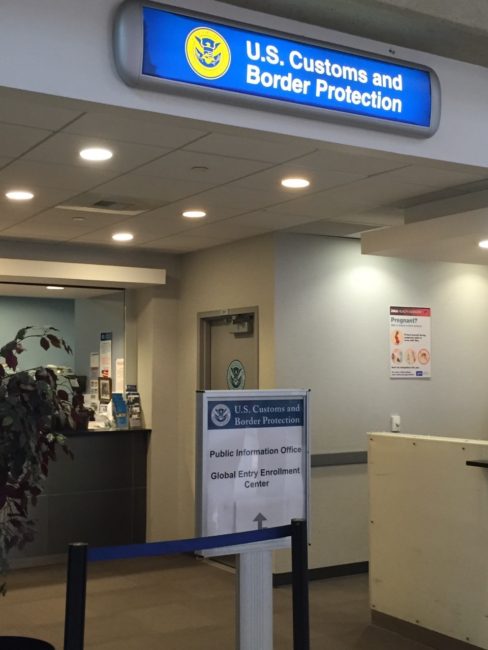 We checked in and noted the long list of people who would be appearing on this day for their Global Entry interview.  Interviews start at 7:30 a.m.  About 7:40 Tracy was called into the back room and reappeared in less than 5 minutes.  My interview was scheduled for 8:30, but they took me early and it was three minutes tops before we were done and on our way.

We were both asked a few questions about where we had traveled recently and any other names we had used.  The interviewer took our fingerprints (four fingers…not your thumb) and a photo. You’re supposed to be direct with your answers so as not to delay the process, however when she asked me what I do for MaiTaiTom Publishing, I answered, “As little as possible.”  Fortunately she chuckled.

She clearly explained how Global Entry works and that was it.   The officer also added that it would take 7-10 business days for approval, but we actually received an email confirming our approval before we were back in the car.  It helps not being a convicted felon. 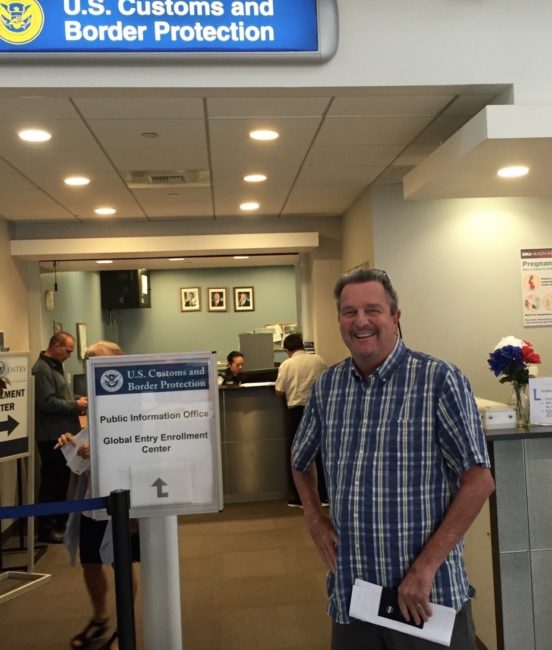 By 9 a.m., we were having a delicious egg at one of L.A’s most popular breakfast spots, Eggslut (yep, that’s the name), in The Grand Central Market. 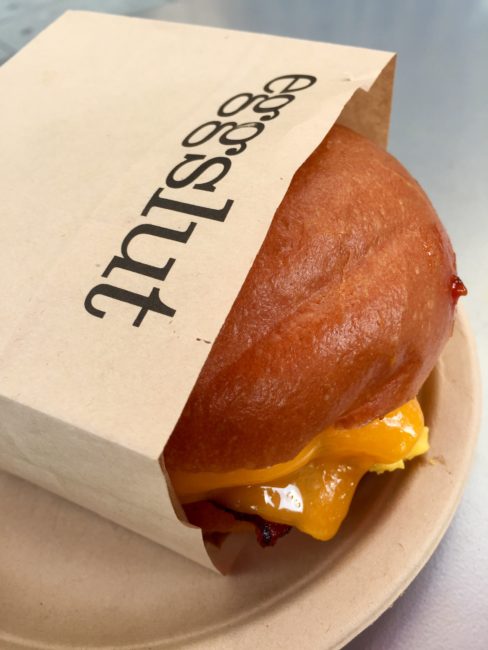 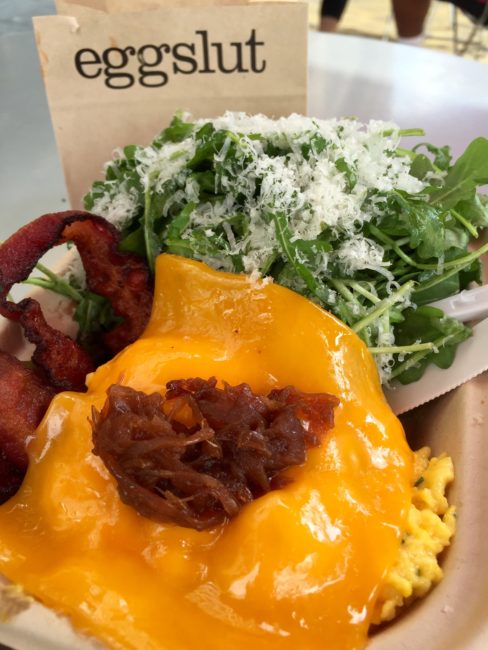 Please note:  The Global Entry card is ONLY for coming back into the United States and is ONLY available at about 50 airports; however there are a few preclearance locations worldwide in Abu Dhabi, Aruba, Nassau, a few in Canada and Ireland (when I get to my France trip report, you’ll see why we wished that Charles De Gaulle airport had this process…photo below from CDG upon our arrival). 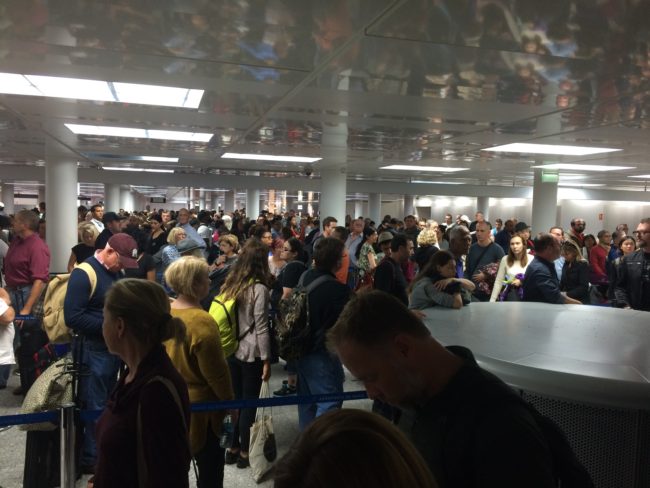 Unlike TSA PreCheck, the Global Entry card does not allow you to bypass some security screening on international flights; you still have to remove your shoes, belt, etc. However, it does give you a TSA PreCheck advantage if traveling within the 50 states.

The actual Trusted Traveler card arrived in the mail within a week, and it must be activated within 30 days after receipt.

Now the million dollar question…did it work?  Well, we found out a few days ago when we returned from three glorious weeks in France.

On one of our last trips overseas, the after flight ordeal took two hours from the time we reached the passport control (nearly a 30 minute wait) to the time we picked up luggage (20 minutes) until we had to go through one last line (more than an hour).  Not exactly what you want to go through after a 10 1/2 hour international flight.

This time, as the queue of people waiting at passport control stretched from here to eternity, we stopped at one of the many Global Entry Kiosks. I put my Passport in, and once the machine finishes scanning, you stand in front of the kiosk where it takes a horrible picture of you (it made my disgusting passport photo look like a GQ cover).

It then instructs you to put your four fingers down to read your prints.  When all four are given the green light (literally), you are asked a few questions on what you might be bringing back (you do not need to fill out that card you are given on the plane, which is good since we can never find a pen).

That process took about five minutes…tops.

Unfortunately it took about 20 minutes for both of our suitcases to arrive (our first bag was one of the first to unload, but the other took its sweet time to show up on the carousel).

Finally, there is that last line to wade through before exiting the terminal, and it was a long one…but not for us. The Global Entry line had only a few people and we were out in two minutes.

Had we carried on our luggage or had our second bag come out with the first one, the entire process would have taken no longer than 10 – 15 minutes.

Unless you like long lines, I suggest you apply for the Global Entry card.