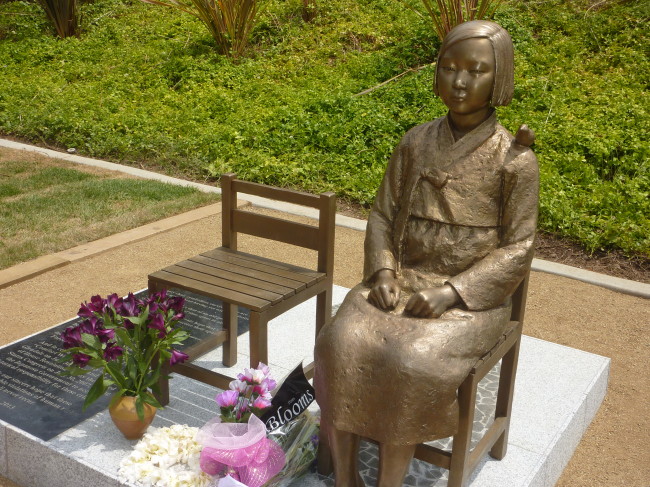 During World War II, it is estimated that up to 200,000 Asian women and girls were forced to be sex slaves by the Japanese Imperial Army, although Japan disputes that fact.  In July 2013, the city of Glendale unveiled a statue of a a young Korean girl seated next to an empty chair.  It happens to be an exact replica of the “peace monument” in front of the Japanese Embassy in Seoul, South Korea. 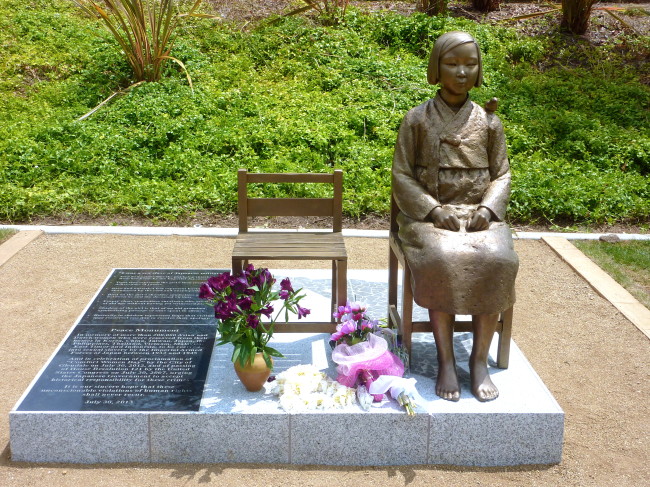 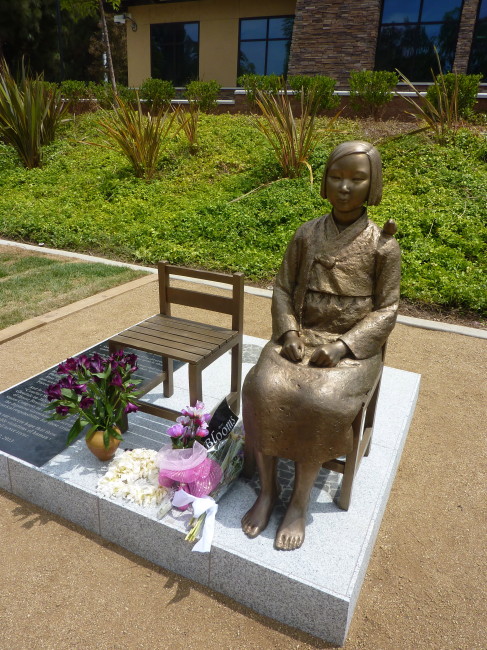 The bronze statue weighs in at 1,100 pounds and is located in Glendale’s Central Park. It was dedicated despite last minute attempts by opponents, who were mostly from Japan. One of the reasons it is located in Glendale (in front of the Glendale Library) is that the city enjoys a two “sister city” relationship with South Korea. The $30,000 for the statue was raised by Korean community groups. 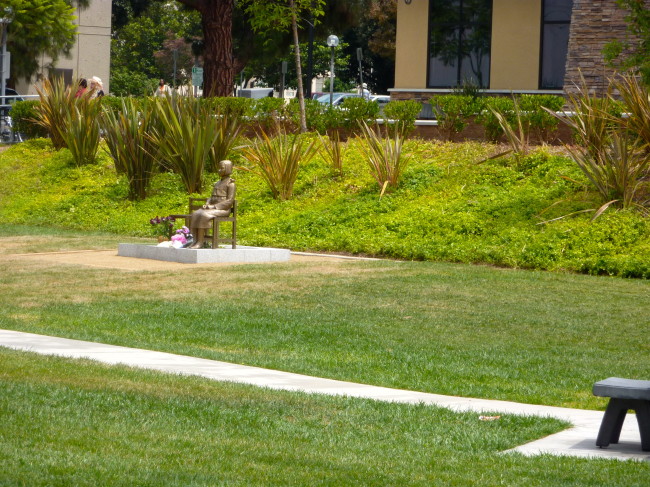