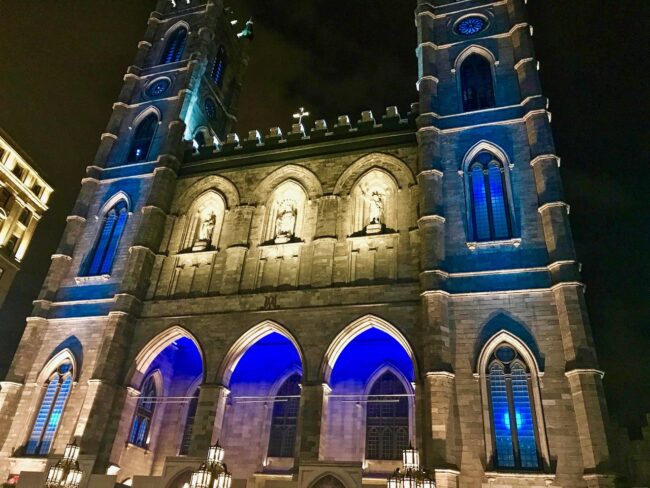 CHAPTER ONE: OFF TO MONTRÉAL

Tracy and I (along with friends Kim and Mary) had discussed for many years about diverting from our usual European adventures to visit a part of the world that, in some instances, resembles Europe.   We decided that an autumn trip to Montréal and Québec City would not only gives us a little of that old world atmosphere, but, if we were lucky, we’d catch some of those gorgeous fall colors we’d always heard about. The trip did not disappoint. 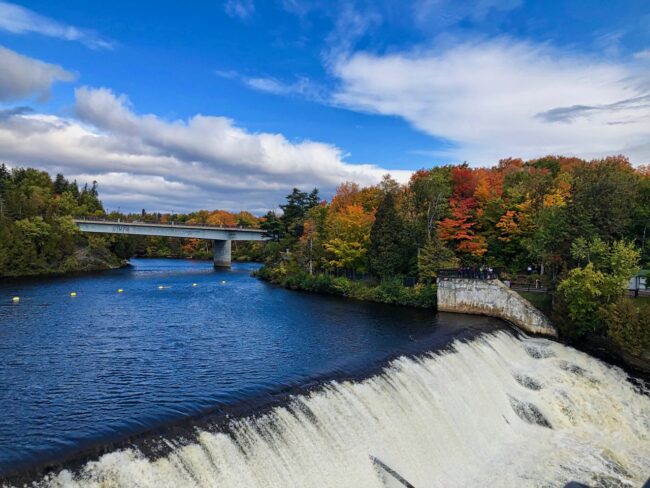 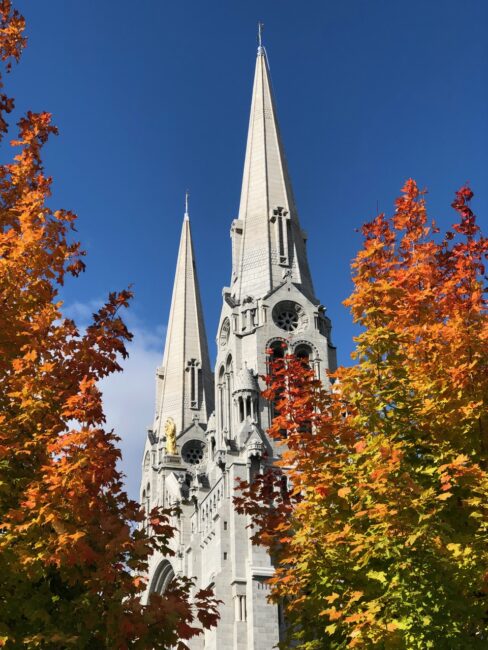 Starting in Montréal (where we spent five nights) … 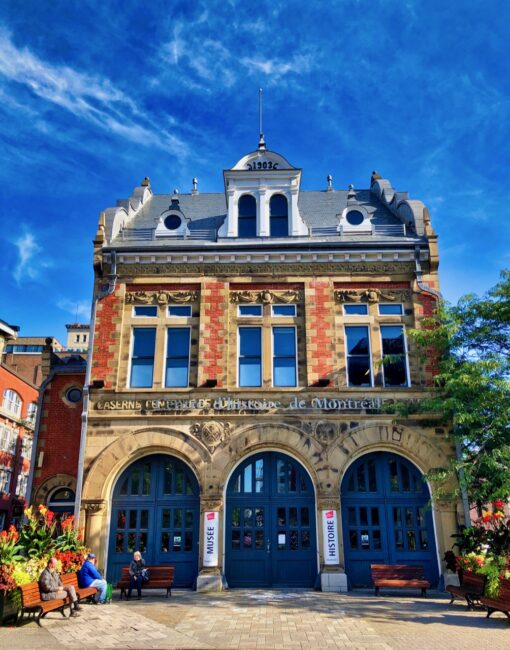 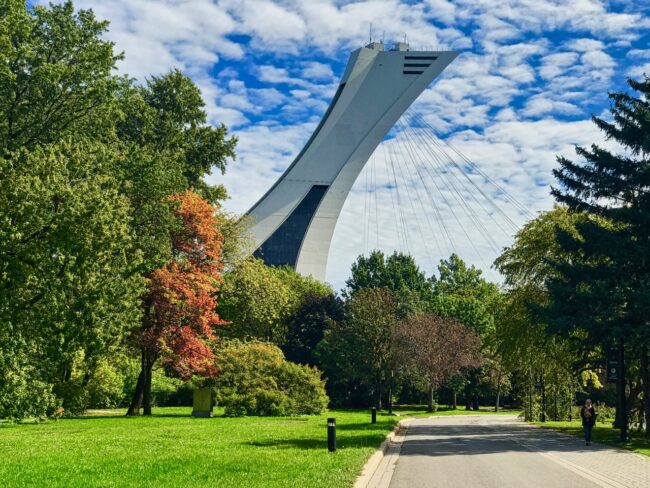 … then on to Québec City (four nights) … 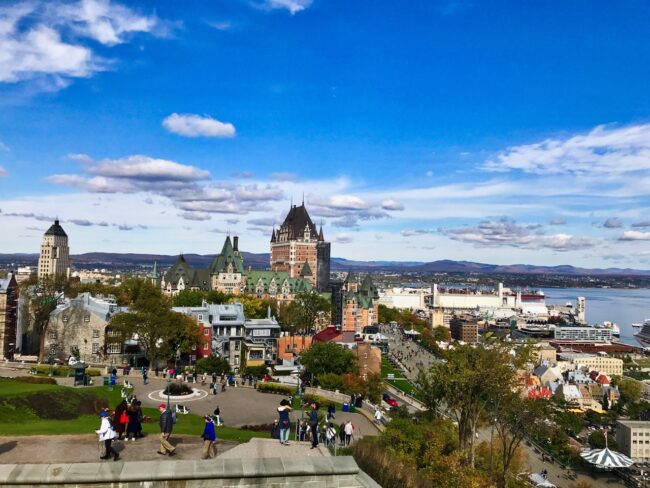 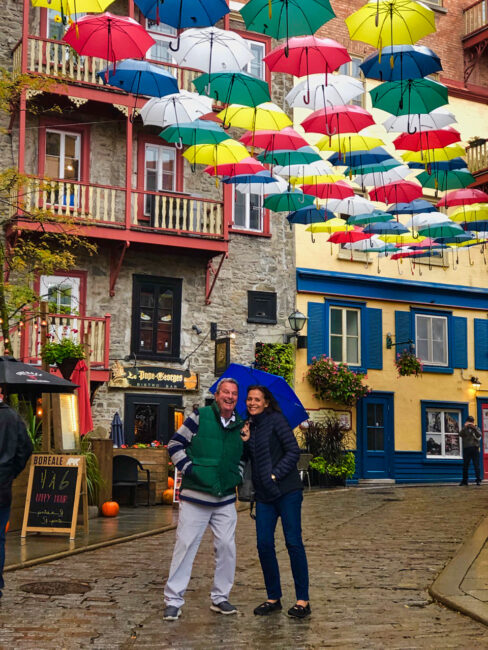 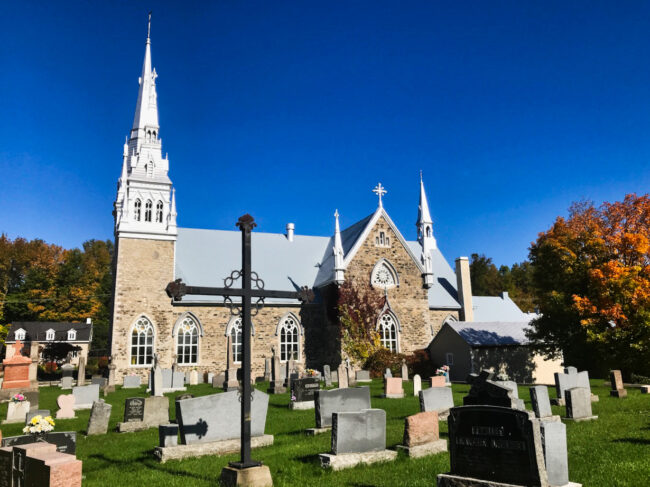 … our Canadian vacation provided us not only lots of history along the way, but also those spectacular colors that autumn in Québec provides.

It had been 25 years since Tracy and I had traveled to Canada together.  In 1994, thanks to a gig I had at the time with a culinary magazine, we spent a glorious ten-day honeymoon in Banff, Lake Louise and Jasper.  On this trip, we’d head to the other side of the country with Kim and Mary, who had not been invited on our honeymoon, much to their consternation.

Tracy and I awoke before 3 a.m. for our 7:20 Air Canada non-stop flight from LAX.  Traveling from San Diego, Kim and Mary were a little anxious because they only had a 40-minute layover to change planes in Chicago.  Confident they could do it, I made reservations for four people that night at a Montréal eatery.  I put C$100 in my wallet (always like to bring a little local currency in case of unexpected situations), and it was time to roll. 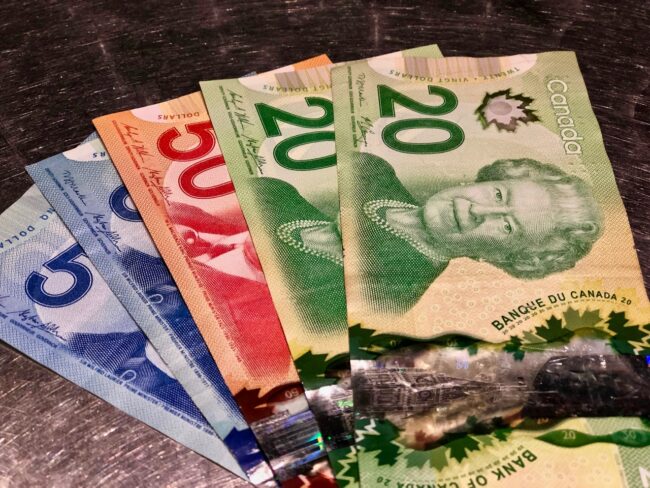 A little after 5 a.m., after navigating the construction near Terminal 6 at LAX, Tracy and I dropped our baggage and headed toward my favorite part of traveling … the TSA checkpoint.

It was time to casually put our items on the conveyor belt and sit down and relax for a bit.  With our TSA pre-clearance it would be a snap.  I guess the TSA needed something to do at this hour, so for Tracy’s fifth consecutive flight (true story) she was pulled out of line for a “random” search (wait, there was no line).  Like the good husband I am, I forged ahead and put my stuff on the belt.

Meanwhile, Tracy received a second pat down after stepping outside the pod where they check out your private parts (I guess visiting the first agent wasn’t enough), and the TSA lady made her take off one of her shoes.  The agent then took Tracy’s right shoe (only her right shoe) and put it through the scanner again.  After about five minutes, Tracy realized the agent wasn’t going to return (as a matter of fact, she was nowhere in sight), so Tracy collected her shoe and we left the scene.

At about 5:30,  Tracy and I decided to have breakfast, because we didn’t want to spend our entire vacation allowance on airline food (meals not included on the Air Canada flight). What sounded good at this hour of the morning?  Habit Burgers, of course.  Hey, it was already 8:30 Montréal time. 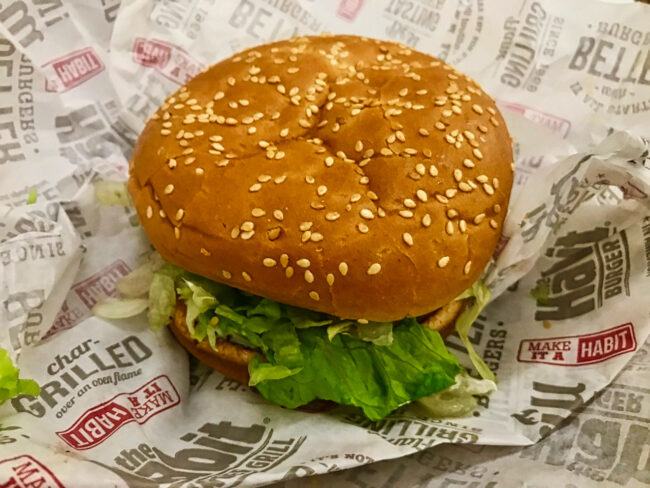 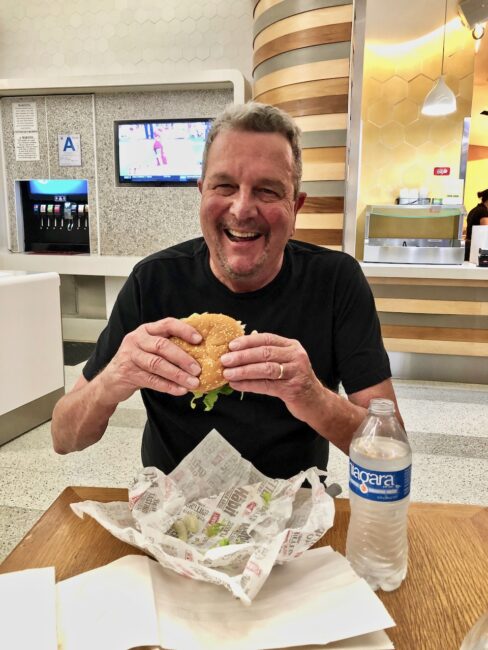 Our Air Canada flight was full, and I had purchased an upgrade to Premium Economy (only one outward available for $61).  Although I was afforded great space to stretch out my legs, Tracy said afterward that her seat was comfortable with plenty of legroom.  As we landed in Montréal, the sky was spitting rain.

Montréal’s airport is quite efficient.  At first it looked like a long line (and probably a long time) to go through passport control.  A little girl in front of us in the security line told her parents, “The worst part of traveling is the actual traveling.”  Out of the mouths of babes.

In actuality, the queue moved quickly, and with global entry-type machines to scan your passport and take your photo, by the time we picked up our baggage only about 25 minutes had elapsed.

There were lots of young people milling about, and one reason was the fact that the following day a huge Climate Change rally would take place.  As we stepped outside in the taxi line (C$41) to Old Montréal), the sun was out and it actually felt warm.  I turned to Tracy and quipped, “Look there’s proof of climate change.”

We arrived at our lodging for the next five nights, the Hotel Gault. 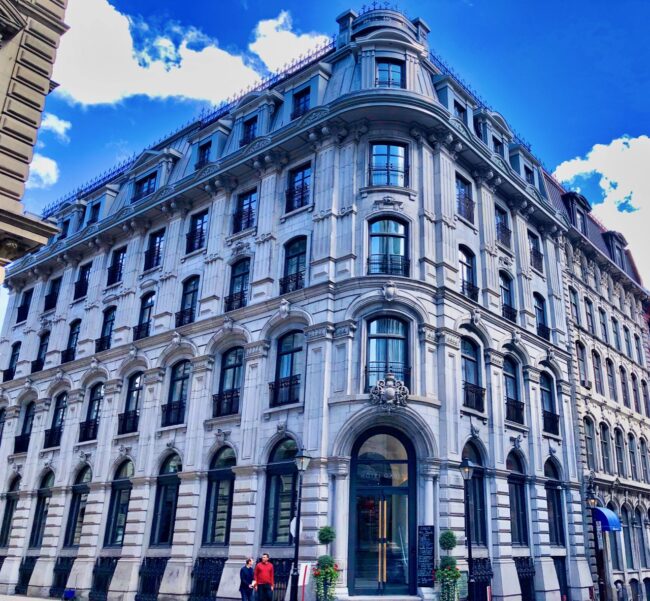 The hotel has a 19th-century façade, but the interior has been renovated into modern rooms.  Ours was a loft-type room, spacious, but with lots of unused space.  The hotel also included two of my most important aspects for a great stay … it was quiet at night and had a great shower. 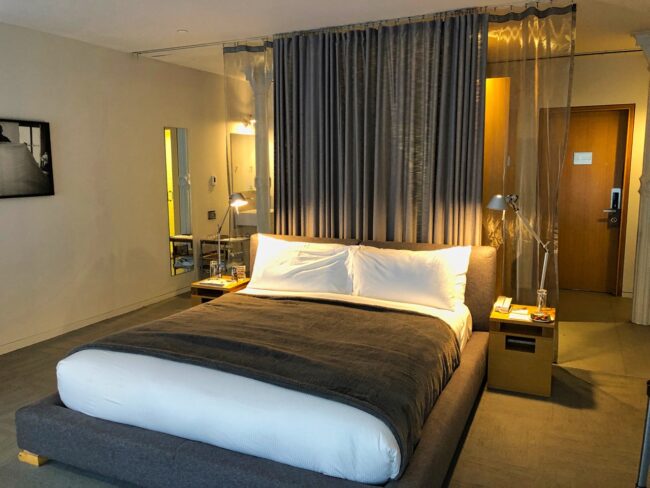 The only problem was that the area where we hung our clothes had little nail-type things protruding outward, dangerous for a clumsy man on blood thinners.   On our last day, we finally realized what they were for.

Now we just had to wait and see if Kim and Mary had made their connection in Chicago.  Soon our room phone rang and, we held our breath.  It was the front desk.  “Your friends have arrived!”

Well, that could only mean one thing.  As Kim and Mary freshened up, Tracy and went downstairs to have a welcoming cocktail at the Lobby Bar, with Kim and Mary joining us in a bit.  We only did that a couple of times because, as we’d find out, the drinks weren’t inexpensive … but they were good. 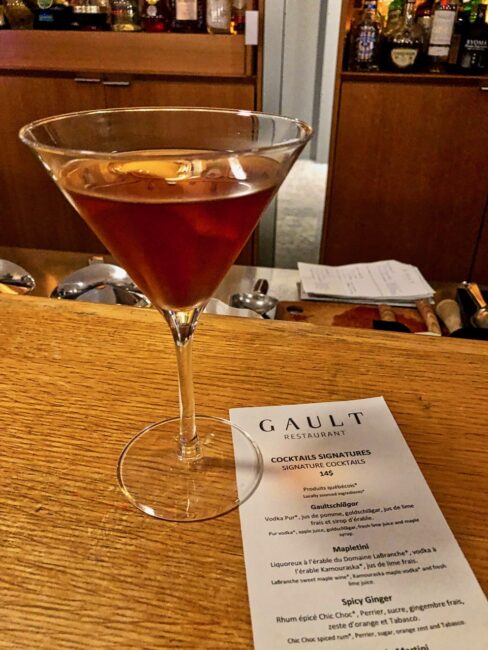 We walked to dinner in Vieux Montréal (Old Montréal).  Being old, we fit right in.  As we strolled through Ville-Marie (one of Montréal’s boroughs), on our left was Place d’Armes, the second oldest public site in Montréal.  This square was originally called Place de la Fabrique when it was developed in 1845. 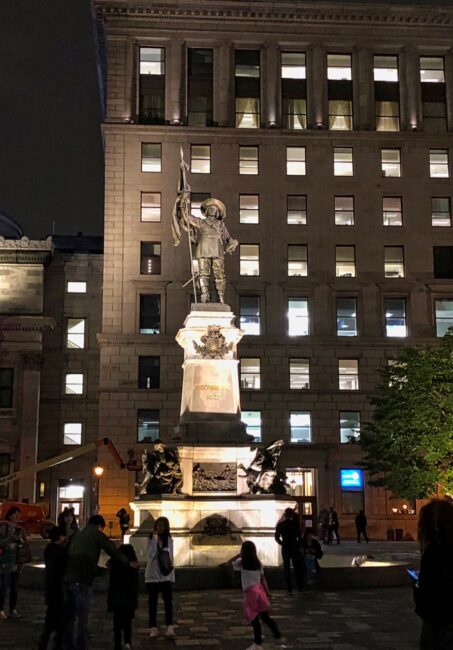 The prominent statue on the square is Maisonneuve Monument, dedicated to the memory of Paul Chomedey de Maisonneuve, a French military officer and Montréal’s founder. 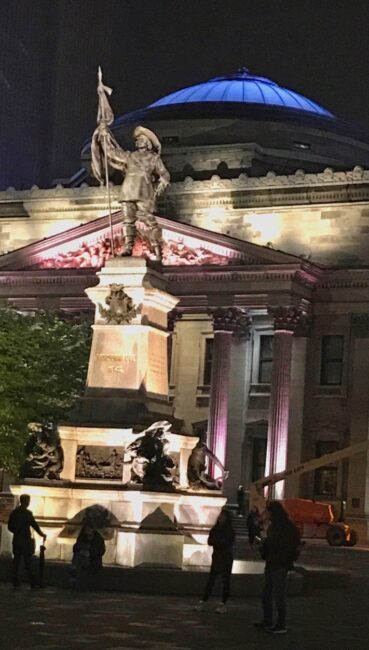 As we stood in the Place d’Armes, it was hard not to miss what was across the street.

All decked out in blue, Basilique Notre-Dame de Montréal opened in 1829.  Its 228-foot twin towers stood out on this evening.  There will be much more about this church in coming chapters, but right now we had food on our mind.  It had been a long time since that early morning hamburger. 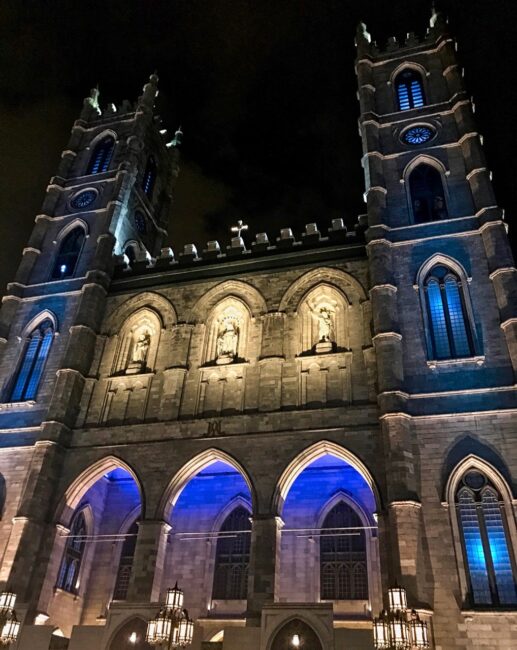 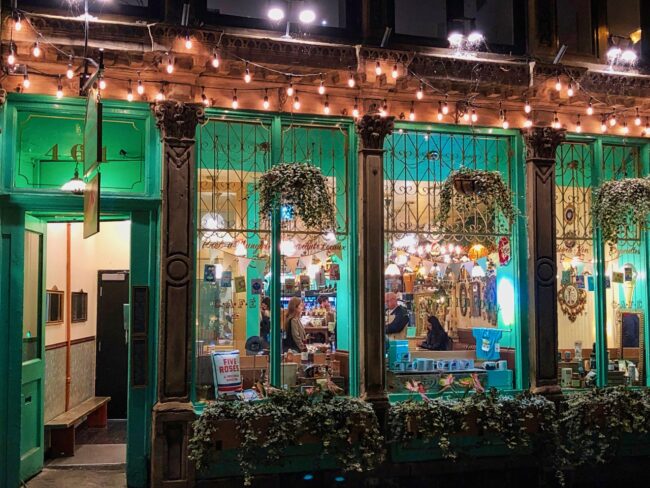 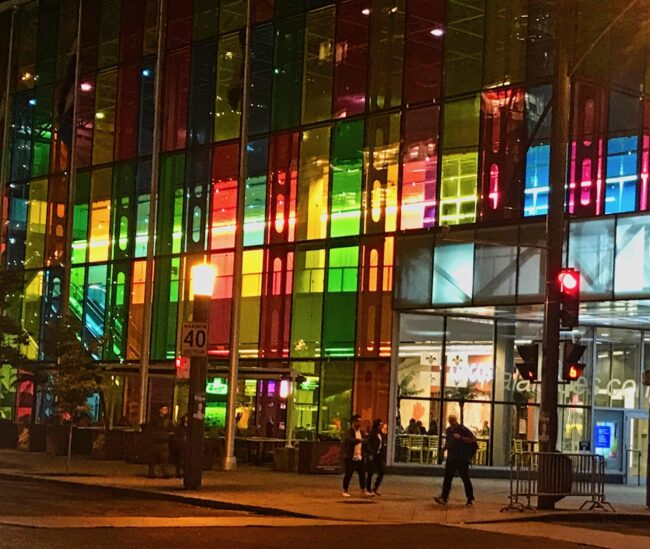 … which would be at Bistro Modavie (1 Saint-Paul St W).

As you enter the restaurant, the first thing you see is a cool looking bar (photo courtesy of my buddy the internet).  In hindsight, I should have reserved a table in this room. 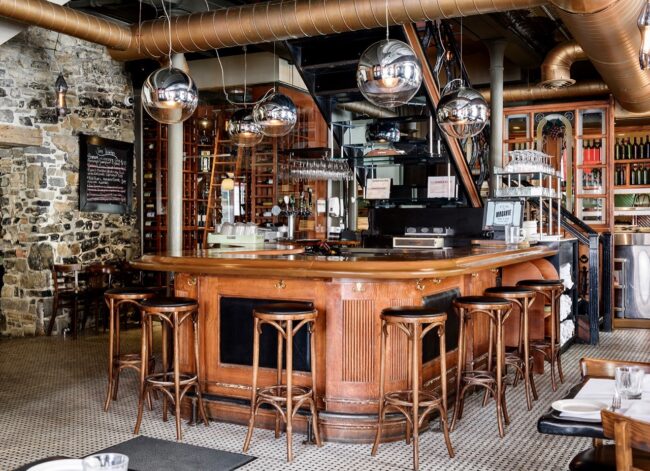 Local Blues and Jazz bands play here, and we were seated in the room where they play.  Don’t get me wrong, the music was fantastic, including a tremendous instrumental rendition of my favorite Mel Torme song, Comin’ Home Baby (also known as the “Nespresso Song”). 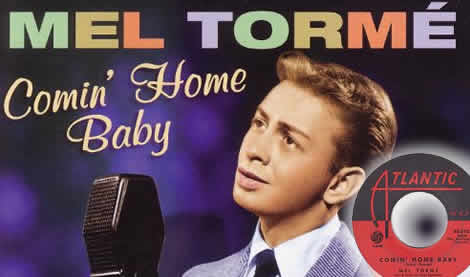 However, besides being wonderful, the music was very loud and hearing each other speak was difficult at best.  Luckily we had ten more days to chat.

The fresh rolls straight out of the oven made for a perfect start.

Dinner was quite good, with the star being Mary’s Cream of Celery and Fennel soup.  You’ll find it hard to believe that Kim started off with a Caesar salad.  He’s had so many of these on our trips, I’m surprised he hasn’t been crowned Emperor of the Roman Empire. 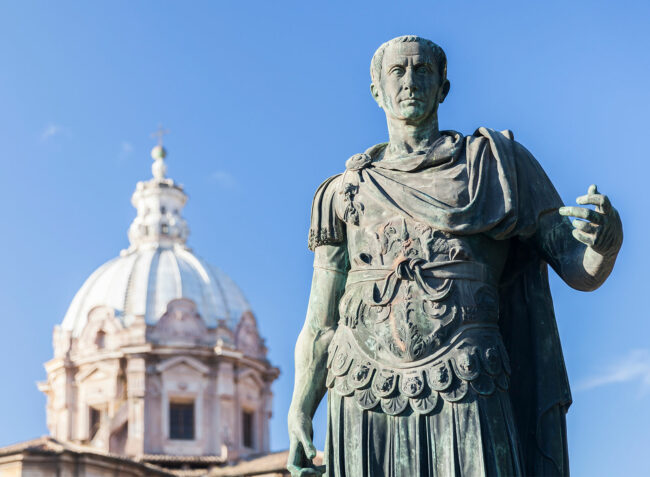 I started my eating binge early with a delicious steak tartare appetizer and then an order of steak frites.  A vegetarian, I am not. 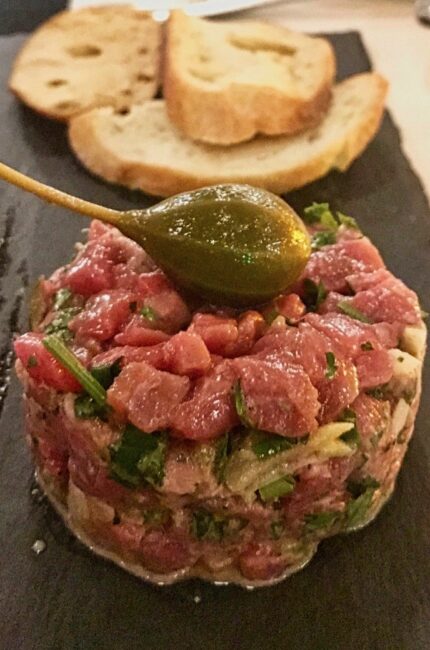 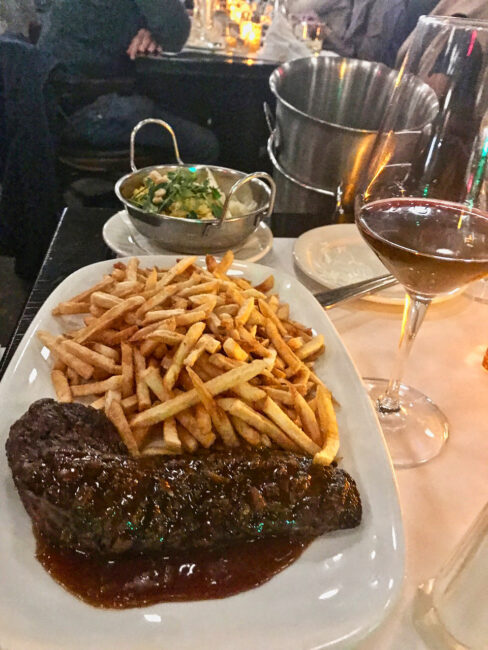 Not stopping there, I also ordered a small side of saffron risotto.  The Expando Belt was getting an early workout.  Luckily we averaged about 10 miles per day walking, so no weight was gained on this trip. 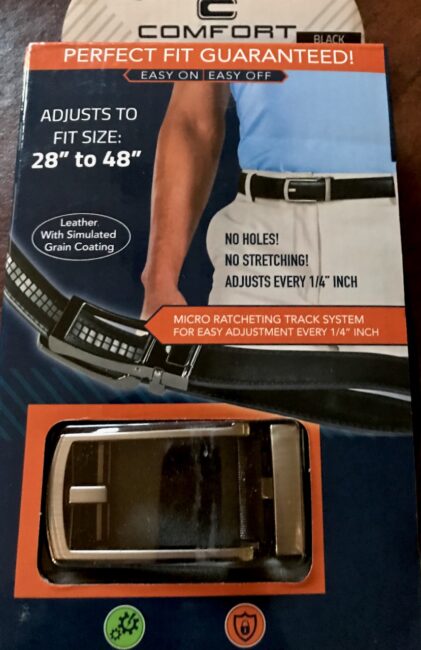 After dinner, Mary’s friend Greg, a local who had set up our Hotel Gault reservations, joined us for a post-dinner glass of Chablis at Modavie.  As we would find out on this trip, Chablis is expensive in Canada (this was C$18 a glass).

I was a little short on the tip, so I asked Tracy if she had a loonie.  She replied, “Yes.  You.”  Although she was correct, I was asking if she had any Canadian dollar coins that has the picture of a loon on one side and Queen Elizabeth on the other, commonly known as a loonie. 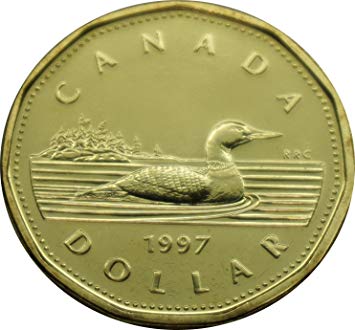 During dinner there had been quite a downpour, but by the time we exited the skies had cleared.  I would recommend Bistro Modavie, but reserve in either the front bar area or its room upstairs for a chance at conversation. 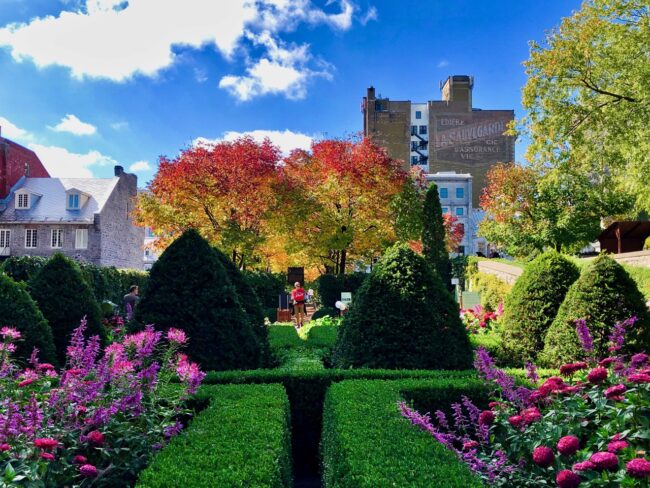 We walked with Greg down to the dock area and back to the hotel.  By 11:30 we called it a night.

A good night’s sleep was in order for our busy first full day in Montréal.  We’d start with perhaps  the best pastries we’ve had on vacation, a stroll along the river, a visit to a nautical church, a vibrant jardin and even a more colorful produce market.

We’d begin the evening with a light show to end all light shows at Basilique Notre-Dame de Montréal before a delicious dinner at a beautiful restaurant.  Oh yeah … at some juncture during the day we’d be forced to telephone a priest.

NEXT: CHAPTER TWO: EXPLORING MONTRÉAL … THE CITY OF LIGHT … SHOWS

Day Two – Always The Gourmand, Down By The River, Sailors Sanctuary, Better On The Outside, Garden At The Château, Of All de Gaulle, Statue Stare Down, Christmas In September, Nose Job, Demonstration Time, Going To Market, “Please Call The Accountant Or The Priest,” There’s An ‘Aura’ About You, Three Restaurants In One, Shades of London & What’s Happening On The Side Of That Building?