Chapter Ten: Salt Of The Earth

Central Europe 2008: From The Czech Republic to Poland to Austria to Croatia to Slovenia to Italy 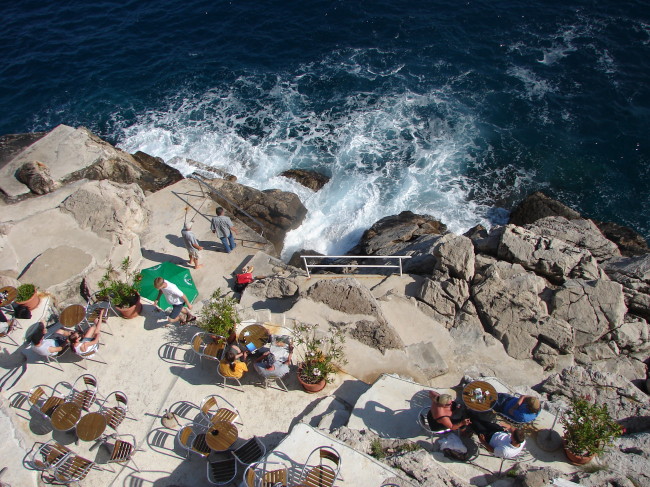 Day Thirteen – Will Kim (And His Luggage) Make The Dubrovnik Plane, Rooms With A View, Mirror Image, Cruise (Out-Of Control), The Eighth Wonder Of The Modern World and A Peaceful Dubrovnik Night

We awoke to a driving rainstorm and had a delicious, little breakfast in the charming breakfast room of the Pension Nossek.  The hotel had pre-ordered the taxi to meet us, and the driver was up (you have to take a lift to get to the pension lobby) at the reception desk after we finished breakfast and helped us with our luggage.  Mary was very nervous knowing Kim had a small window of opportunity in order to make our 10:10 flight.  At 9:35, she started worrying even more.  I bet her a glass of wine Kim would be coming down the escalator within five minutes.  “Kim never loses a bet for me,” I said.   Remember the ease showed by O.J Simpson running through airports in those old Hertz commercials? 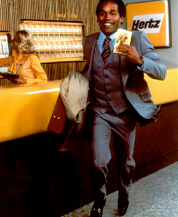 Well, Kim’s disheveled and sweaty appearance did not resemble O.J. in any manner as he walked off the escalator (of course, Kim also has never been a double murderer either).    Kim had been directed to the wrong terminal for our flight (probably the same people directing us to the U-Bahn the day before), and he ran as fast as he could (which, unfortunately, is not very fast) to make our flight.    Then, like clockwork, the man at the Croatian Airline gate announced that the flight from Vienna to Dubrovnik would be delayed 30 minutes.  Always the true friend, I said, “See Kim, you didn’t have to run after all.” 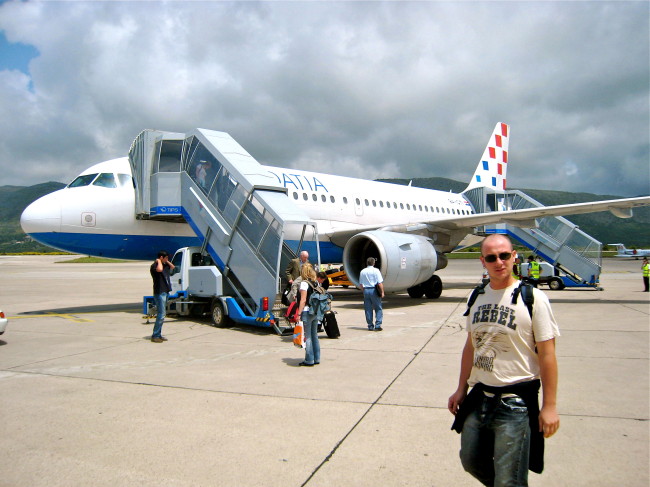 We arrived in Dubrovnik at noon and proceeded to grab our luggage.  Well, three of us did.  Kim’s luggage was somewhere in the world between Los Angeles and Dubrovnik.  I told him, “Well, at least you have clean, lost clothes.”

Our driver that had been sent by our apartment host, Jadranka Benrussi, gave us lots of information on the area.  When I asked him his favorite restaurant in Dubrovnik, he said with a sly smile, “I don’t really have a favorite.   They are all pretty touristic.   My favorites are out of town.” 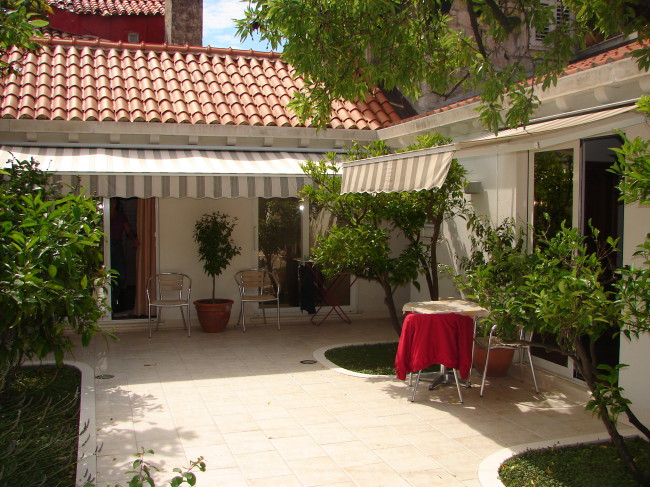 He dropped us at the Hilton Hotel parking lot and said he would help us with our bags because we had a little walking left to do.  We walked up some steps, came to a dead end, turned left and walked up more steps.  Tracy and Mary were very happy Peter (our driver) had offered to help.  Over the course of three days, we became very acquainted with these steps.  Tracy counted 99 of them in all. 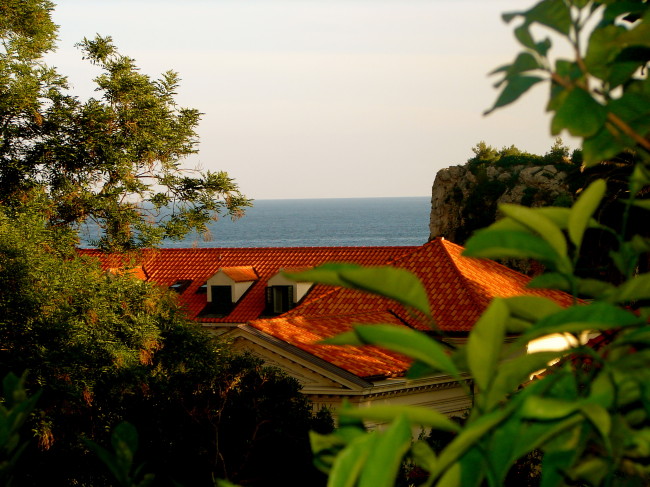 We went though a small gate on the left, down some stairs and there were our two separate apartments, which also had a nice outdoor courtyard that afforded views out over the neighborhood all the way to the Adriatic.  Needless to say, the four of us consumed a good portion of wine on that patio during our evenings in Dubrovnik. 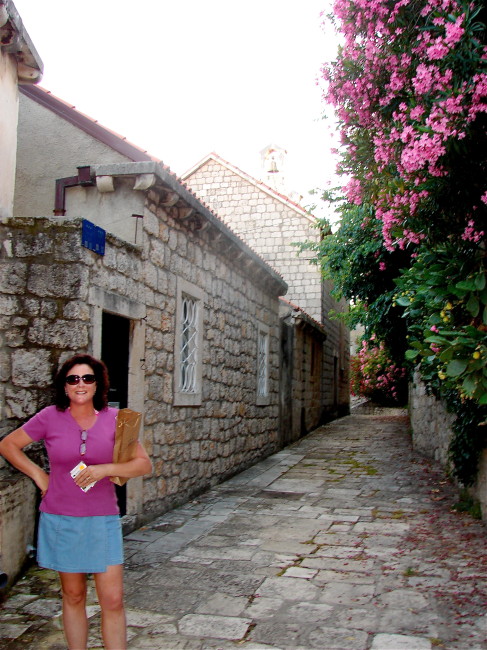 Kim only had his sweaty traveling clothes, and it was a very warm day.   Tracy then offered Kim a pair of my shorts and a shirt, and when he emerged from his apartment, there I was.  No wait, there he was.  I got to see those clothes on him for the better (well, better might not be the correct word) part of the next two days. 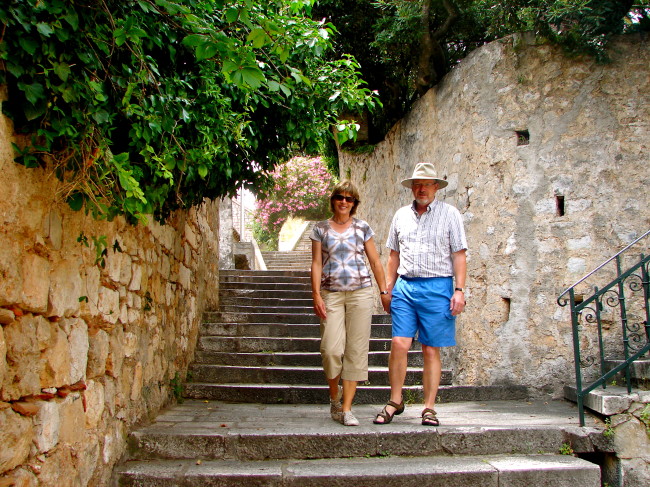 Jadranka’s apartments, located below the family residence, is located a short distance from the Gradska Vrata Pilc (Pile Gate). 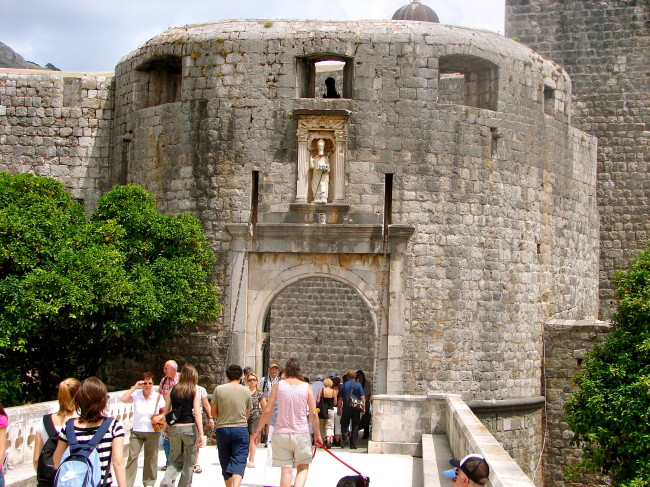 As we got closer to the Pile Gate, there were hundreds of people all shuffling along at a snail’s pace in huge herds following the ubiquitous Umbrella People in all directions.  These were the swarms of cruise boat touristas who, as we were to find out, descend upon Dubrovnik every day between about 8 and 4.    As we jostled our way through the Pile Gate and down some stairs we decided to head to the harbor for lunch.  To get to the harbor we walked down Dubrobnik’s main drag, the Stradun. 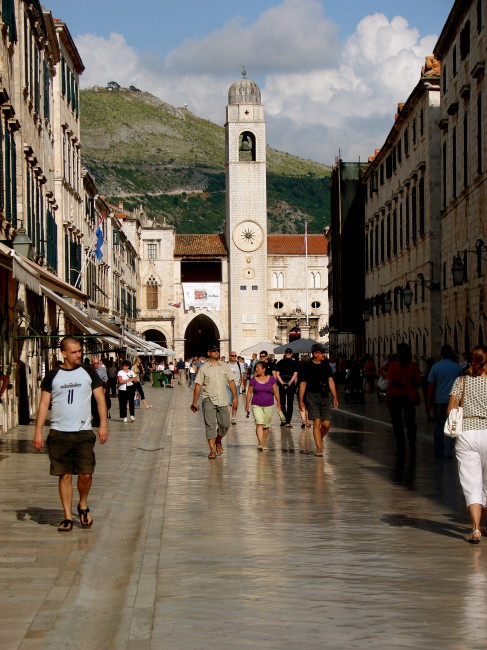 We had only walked for a short time when it looked like Tracy taken a slight misstep.  “I slipped,” she said.  And sure enough, the Stradun is a little slippery because of its limestone coating and made even slicker by the thousands of people who walk on it each and every day. 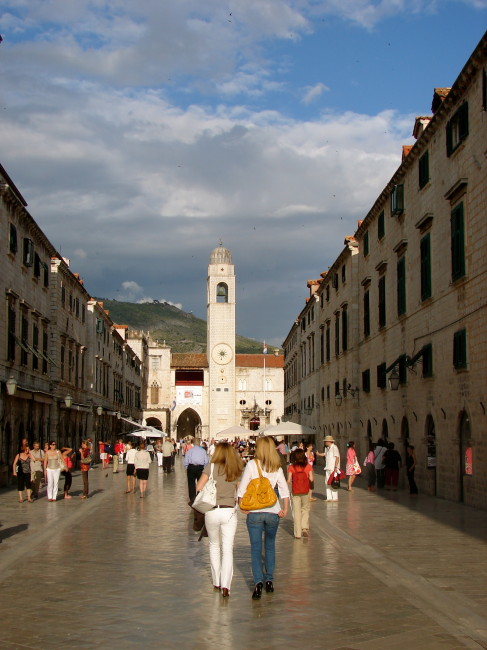 “Wow, I bet people fall here when it’s wet,” Mary said, and I could only hope that shower-slipping “Grandpa Maitai” would not be one of those unfortunate people.  The Stradun was fill of tourists at its plethora of shops and restaurants that line the street or are located just off of it.  Restaurant hucksters were hawking their respective places but we walked by, and by the time we had reached the harbor, the massive throngs were, for the moment, blissfully gone, and we stopped for a bite to eat. 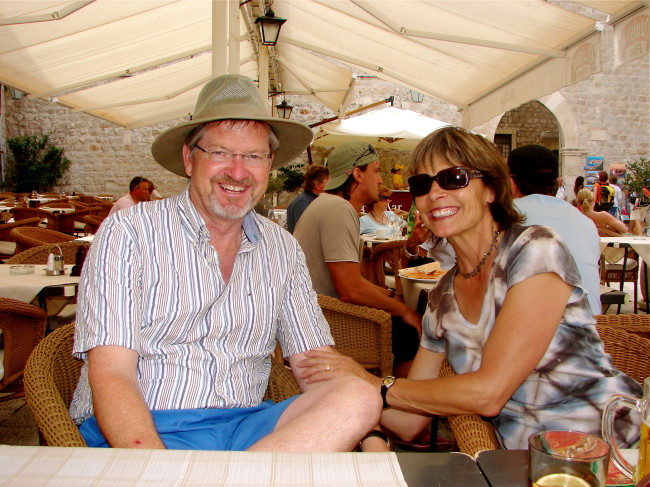 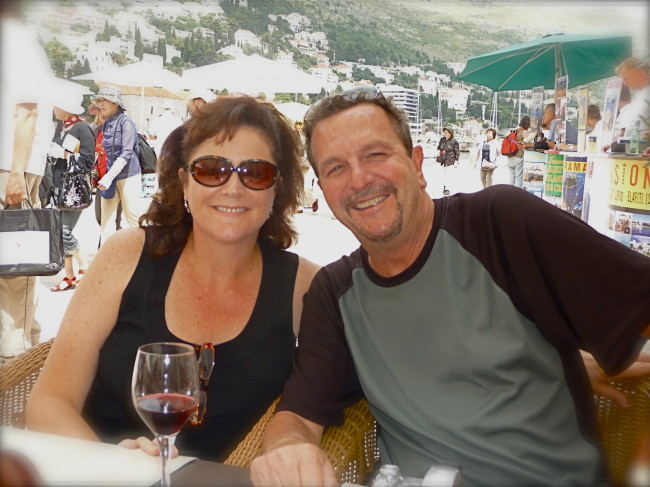 We stopped in at Buza Bar II, and although it had great views, I was hoping the original Buza Bar would have a little more panache. 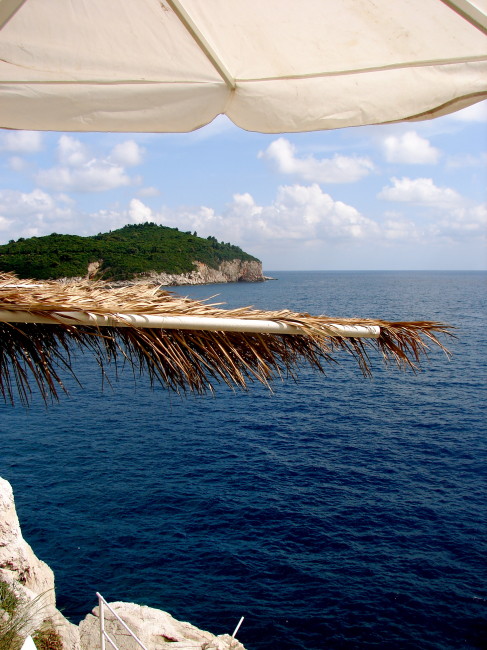 It was fun, however,  watching people doing death-defying dives into the water below. 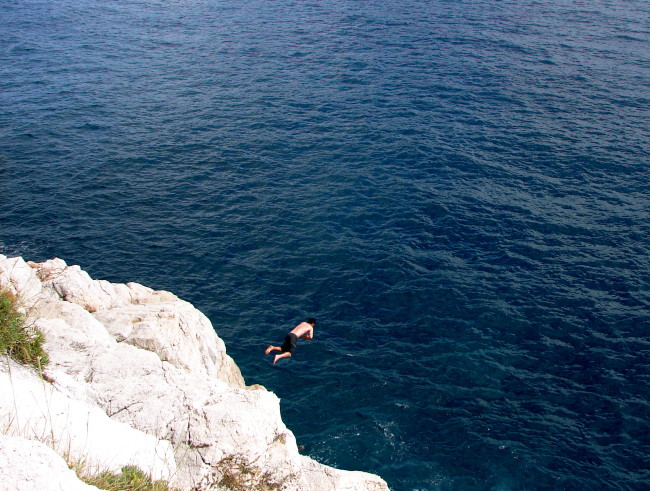 It was getting later in the afternoon, so the cruise boat navy numbers were lessening by the minute, and the narrow lanes became much more pleasant for strolling instead of elbowing.    Then it happened! 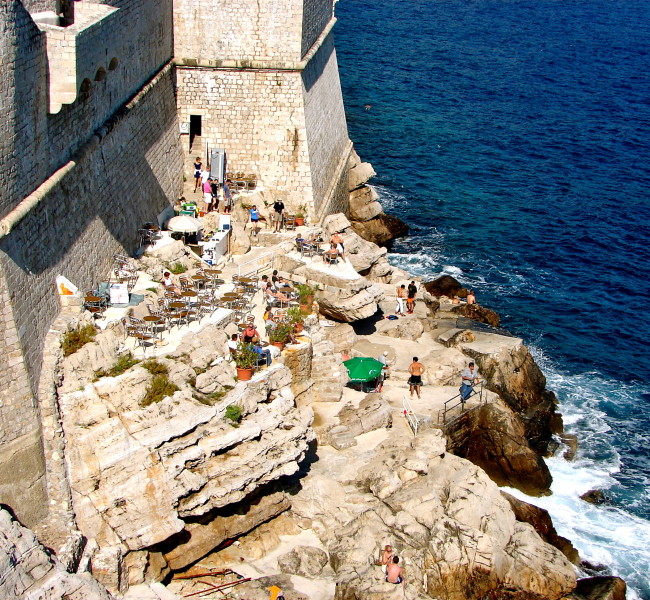 This might sound a little dramatic, but at a few minutes before four in the afternoon on a gorgeous afternoon, June 5, 2008, my life changed forever.  Tracy, Kim, Mary and I stepped through a little hole in the Dubrovnik Wall, walked down some steps and were thrust into a place that I modestly refer to as the Eighth Wonder of The Modern World.  We had entered the most mystical spot on earth.  Others know it simply as the Buza Bar.    Yes, I’d seen pictures.  Yes, I’d read accounts by people who had visited, but nothing could have prepared me for this wine and beer bar set in the ultimate paradise. 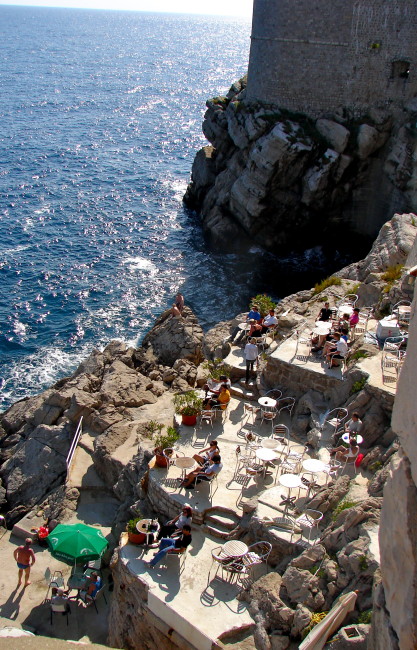 The tables and chairs are set out on little cliffs that command incredible views out over the Adriatic Sea.

There were very few rails, so if one sits back in their chair the wrong way, well, let’s just say that could be your ultimate final call. 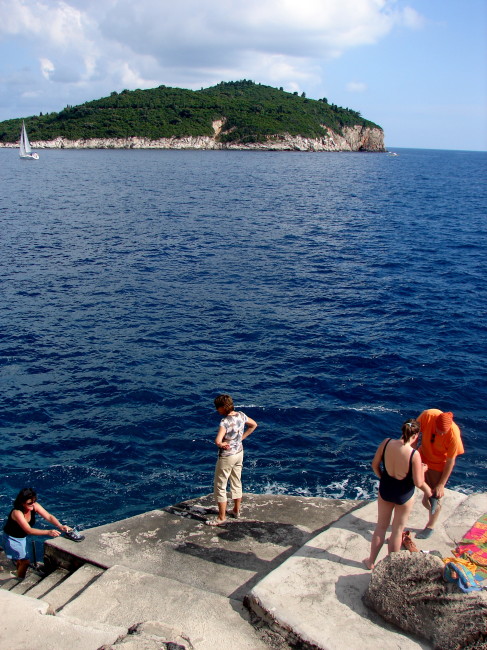 Nearby people were swimming and diving off cliffs into the sea.   The water was a color of blue that was so beautiful not even pictures could do it justice. 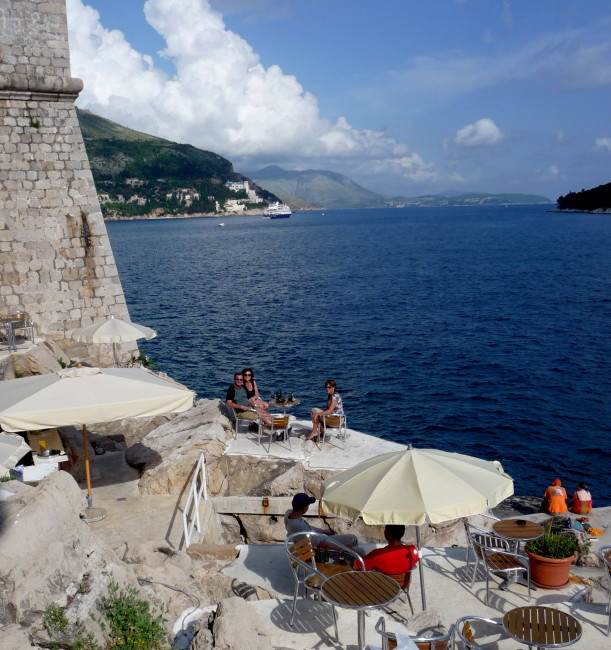 All of this ambiance and wine, too, please pinch me.   Kim joked that Croatia obviously must not have strict OSHA regulations, and then he promptly cut his leg open just a tad from a tiny, exposed piece of metal. 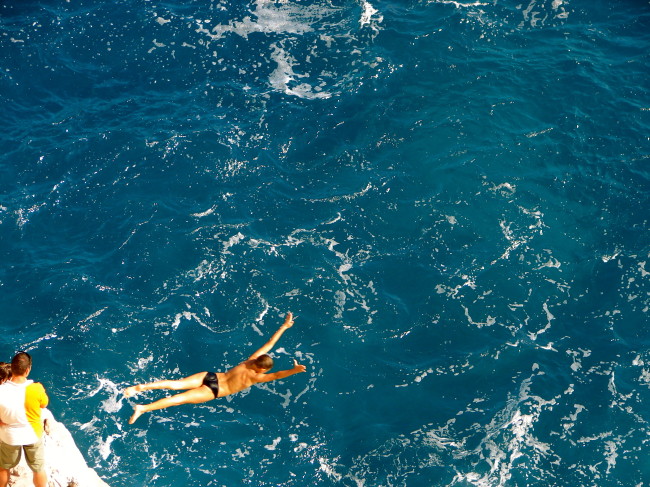 It was nothing that a band-aid and a few small bottles of red vino couldn’t fix.  Buza has just one girl who works behind the bar, and upon our arrival she traversed the terrain like a celestial mountain goat to take our order.   She then glided back to the bar and within minutes was at our table carrying wine and beer.  If they had an Olympics for wine and beer servers, she would receive the Gold Medal.

During my second or third wine (math is useless in a setting like this), as I looked out on this incredible view, I waxed poetic, “This is like your first kiss or your first love.”  Kim responded, “How about your first wife?”  Once again, the sage lyrics of the omnipresent philosopher Meat Loaf immediately danced in my head, “Two out of Three Ain’t Bad,” I said.     For those of you who travel to Dubrovnik, even if you do not drink alcohol, this is a spot not to be missed. 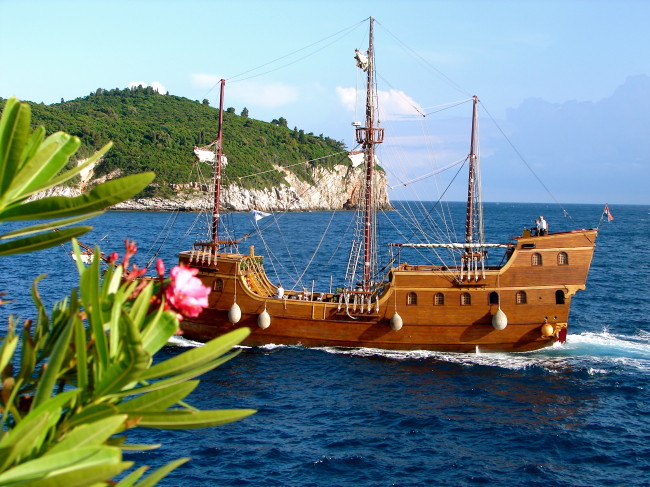 Be sure to get here by about 4 p.m., because by 4:30 each day, the Buza Bar was packed.     As we soaked in the atmosphere (and the wine), the four of us spent 90 minutes solving virtually all the world’s problems.  As we sat there, small boats were hurrying the last of the day-tripping cruise people out to the gigantic Motherships located off the Croatian coast.  These ships were so large that on a clear day I firmly believe they could block out the sun and cause an eclipse. 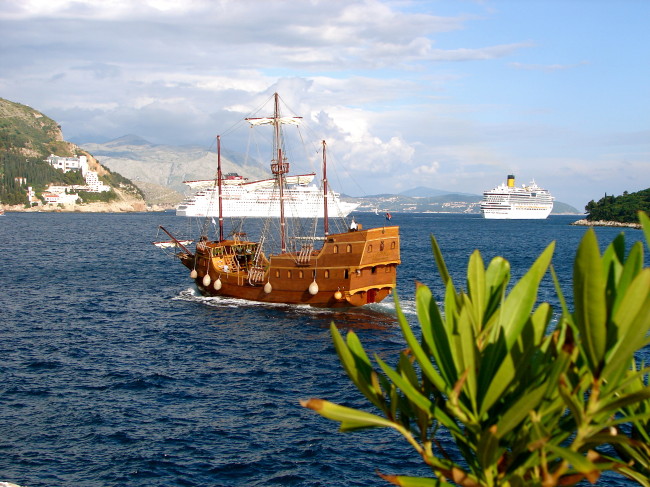 Then, in a tale of two watercraft, a wooden boat, looking a pirate ship, passed into view.  In the distance was the giant cruise ship.  What a dichotomy! 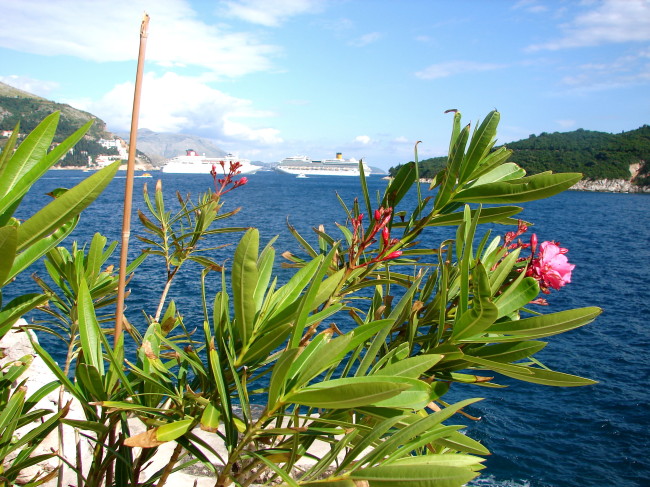 Tracy dragged me out of the Buza Bar (where I could have stayed for all three days in Dubrovnik), and soon we were back on the Stradun, now peacefully devoid of tourists (except for us and a few others).

The four of us showered (not together people, this isn’t the 70s), and we sat out on our apartment patio sipping wine (that we had purchased at a little market on the way back to the apartments), looking out over the trees toward the Adriatic and listening to Kim’s IPOD.  After exiting the Buza Bar, we had seen a cute restaurant that caught our attention and we made reservations.  So after our wine and music interlude on our apartment patio, we strolled the now, nearly empty and lovely Stradun, over to Ekvinocijo Konoba and dined on its outside patio.  It was a lovely evening.    The very nice server said the fish at this restaurant “was fresh from the Adriatic” so Mary had the fresh fish filet and a very good grilled zucchini.    Tracy started with another “Wow” dish.  The fried calamari was incredible (and I am not a big calamari person).  It was fresh and had just a light hint of garlic.  She complemented that dish with the seafood risotto. 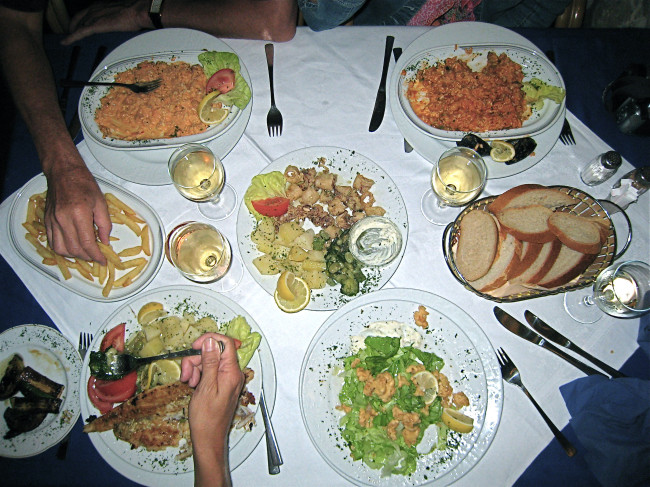 I also had risotto, of the shrimp variety, and the best French Fries I had eaten in quite some time.    Kim had the only weak dish of the evening; a breaded shrimp he said was “cold and a disappointment,” much like many of the dates Kim and I had taken out in our college days (Kim was the first person I met at San Diego State in 1970).    Of course, we needed something to wash down those dishes, and a liter of the house white did the trick.    For the most part, the four of us always split the bill no matter who buys what dishes.  We do not itemize.    We do not say, “Oh, but you had one more appetizer and a coffee while we just had a dessert.”   Obviously, if someone only has a salad, one of the couples will put in a little bit more.

This method has worked on all of our European trips, and there has never been one squabble about money.  I’ve witnessed groups in Europe have terrible verbal exchanges at tables next me to me, fighting over “their fair share of the bill.”  It is painful to watch.  Life’s too short, and I would have to think that over the duration of our many trips, we have all come out pretty even.    We laughed at this particular bill, because it seemed no matter what country we were in, what restaurant we were in or what we all ate and drank, the bill always came out to the equivalent of $75 per couple.   Tonight was no different. 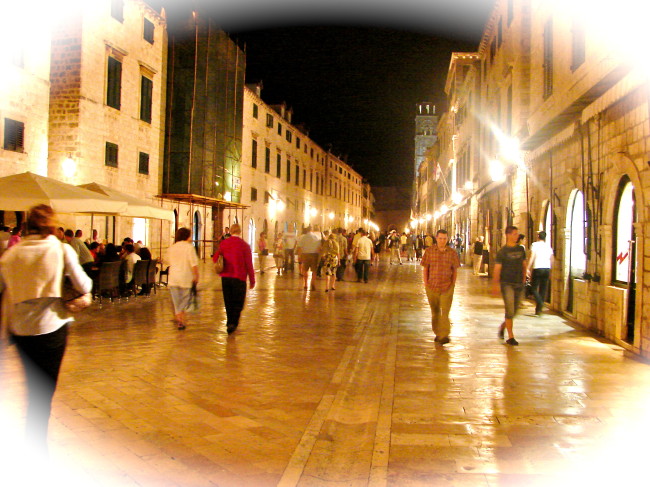 Strolling the Stradun, which is much more serene at night, we walked off our dinner (those 99 steps are good exercise) back to the Benrussi apartments.  Tomorrow, we would further explore Dubrovnik, and Kim would hope that he wouldn’t have to spend the rest of the trip in my clothes. So did I.

Next: Day Fourteen – Delightful Dubrovnik, Where Are Kim’s Clothes, A Monastery By Any Other Name, English Spoken Here, Hitting The Walls, Watch Out For That Cruise Ship, Wine And Cheese With Jadranka and Springtime For “You Know Who”