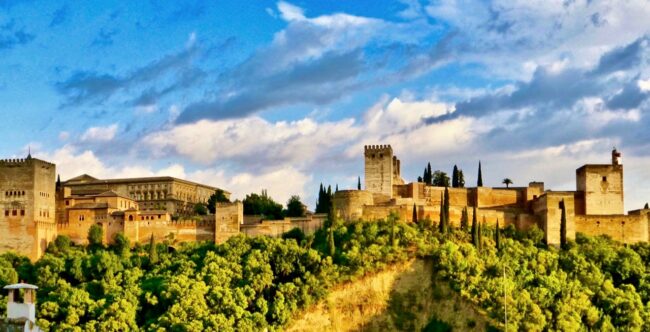 In 2015, we spent three weeks in Spain. Carmen de Aben Humeya in the Granada’s Albayzin district turned out to be easily our favorite meal of the 20-day trip.

Tracy and I, along with friends Kim and Mary, were staying at the wonderful Apartamentos Turísticos Alhambra, which had a gorgeous rooftop view of the Alhambra. Kim and Mary had found this restaurant, about a five-minute walk up from our lodging, on a previous evening’s stroll. They made 8:30 reservations on our last night of three in Granada.  After a little vino on our rooftop …

… we took the short walk uphill to Carmen de Aben Humeya. There were not enough “wows” to go around for this restaurant.

Seated at a covered outdoor patio, the views out to the Alhambra were spectacular. 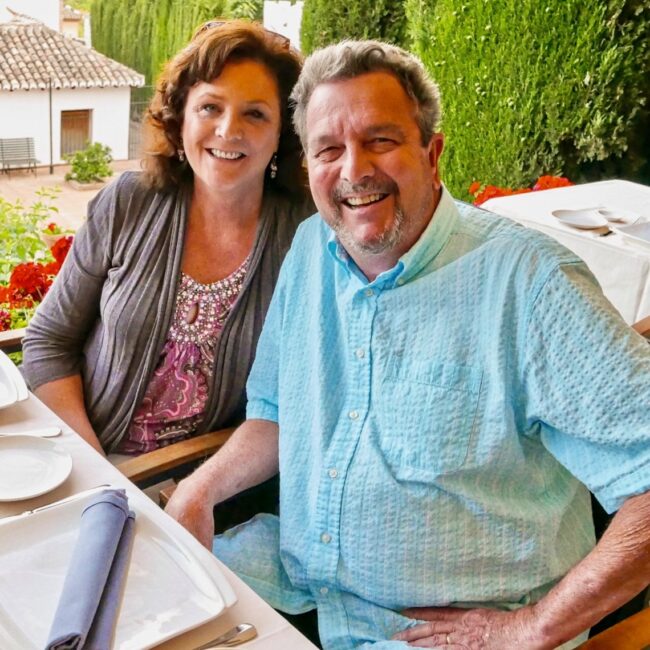 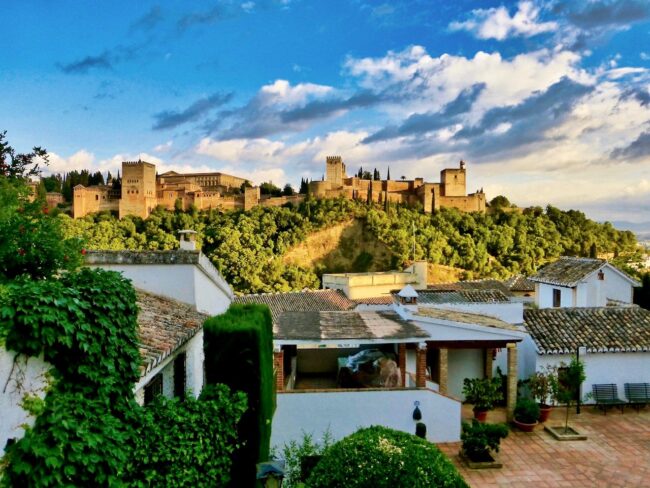 You know what they say, “Never eat at a place with a view.”  Well, “they” would be wrong. 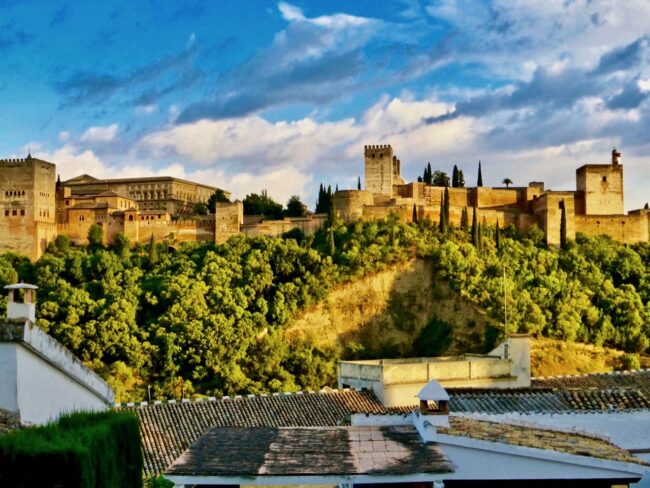 A delightful amuse-bouche of melon gazpacho in a spoon with fried shallots started the evening out on the right foot, especially since I got to eat Kim’s. 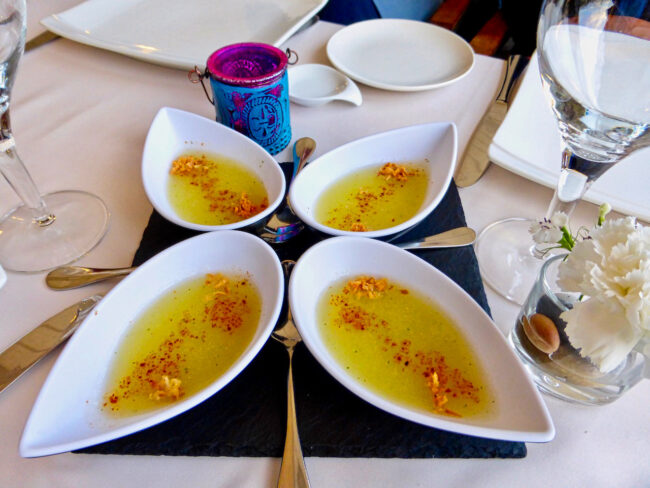 The jamon and queso tray was très bien. This platter of traditional Iberico ham (sorry Babe, I hope it wasn’t your cousin) and selection of cheeses was outstanding. 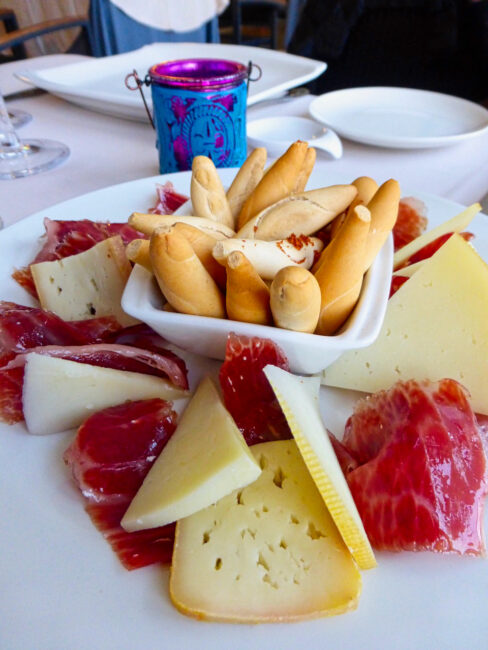 As the evening progressed, the views of the Alhambra … 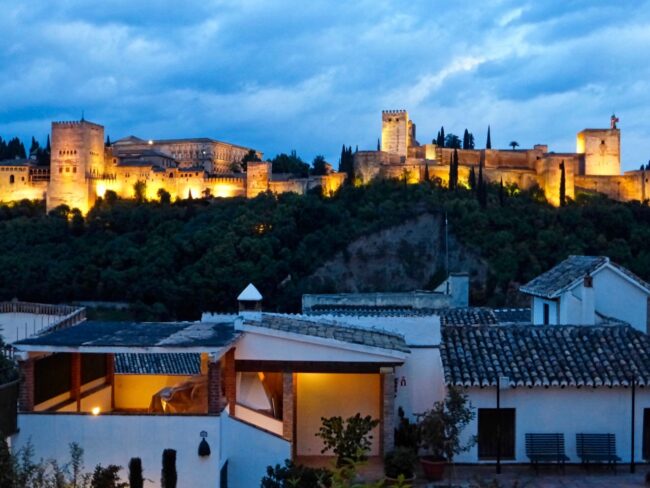 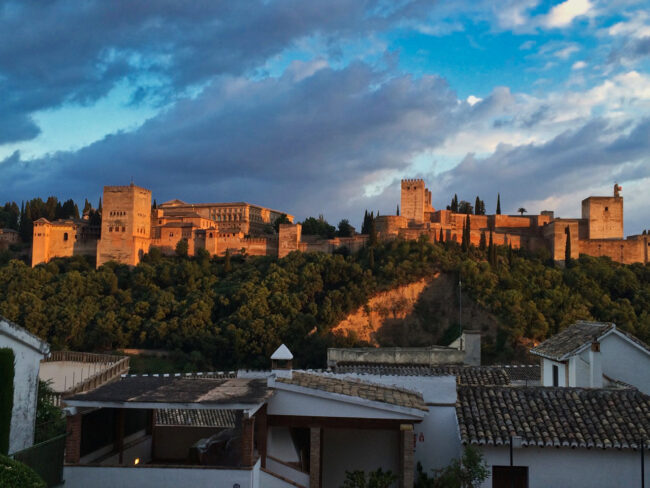 This would be the perfect restaurant for a romantic date, but Kim and I felt we should take our wives (we read in some magazine after returning that this was voted one of the “most romantic restaurants in the world).”

For the main course, I plowed through a delectable Ox Entrecote with truffled parmentier and black trumpet mushroom sauce. 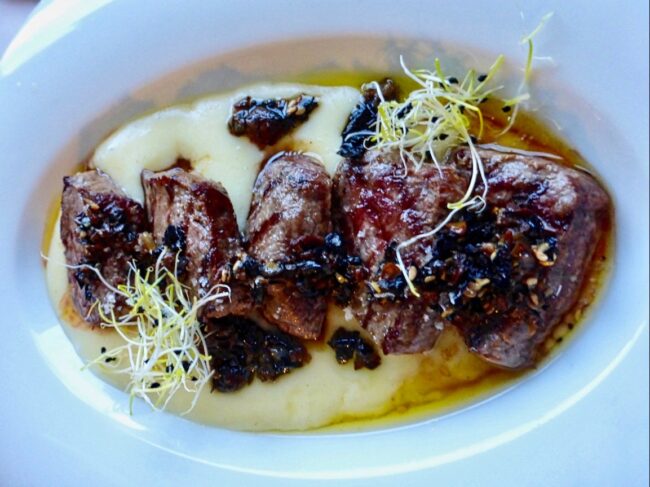 Tracy clucked endlessly about her Millefeulle of chicken and pineapple in Porto wine with pine nut sauce and a garnish of vegetable, including some sweet looking crispy carrots. 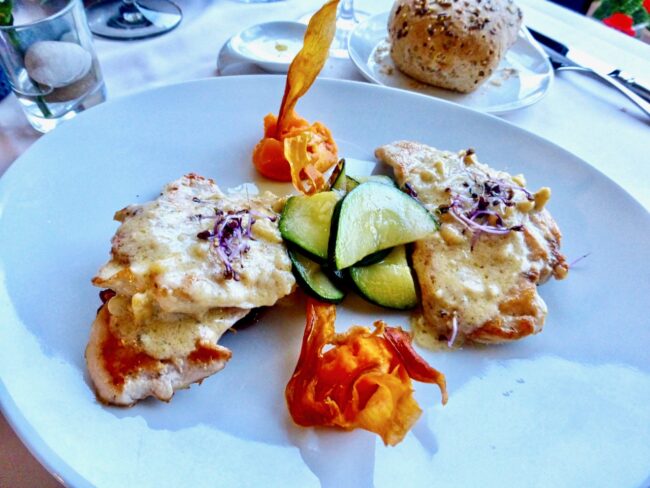 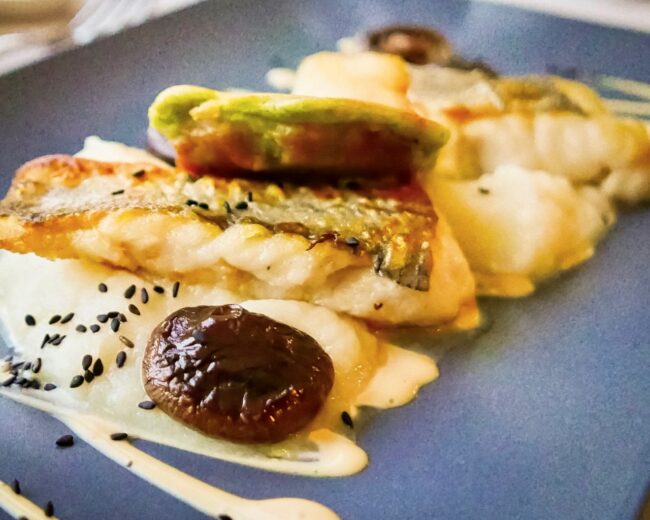 Finally, Kim had the Sirloin of Iberian Pork with green pepper sauce and caramelized foie (with no gras, I guess) with dry corn and lacquered leek.

In Roger Ebert tradition…our review was, “Four thumbs up!”

To top off the evening (because I had not reached my daily allotment of 10,000 calories), I ordered an incredible cheesecake topped with strawberry jam on a bed of Graham Cracker crumbs with brownie bits. I quickly looked for the local Granada phone number of Jenny Craig. 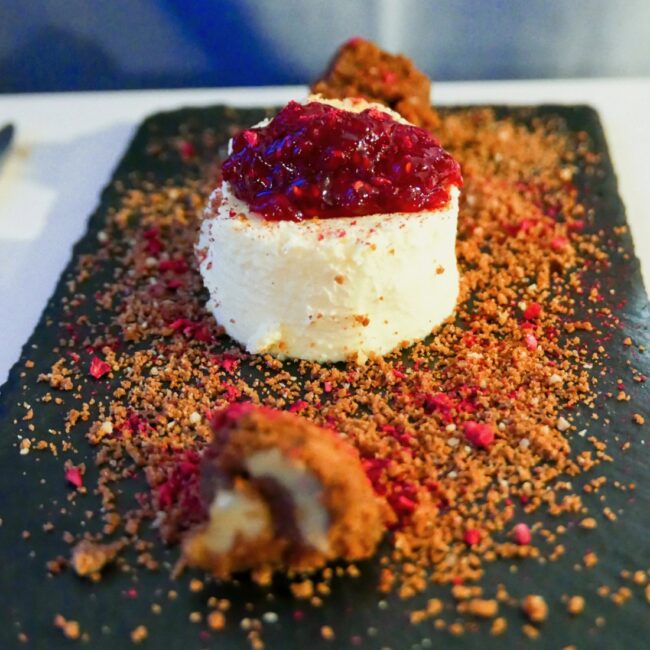 … and after all the wine I drank I was fairly lit myself.   Also lit were the beautiful lanterns at the restaurant. 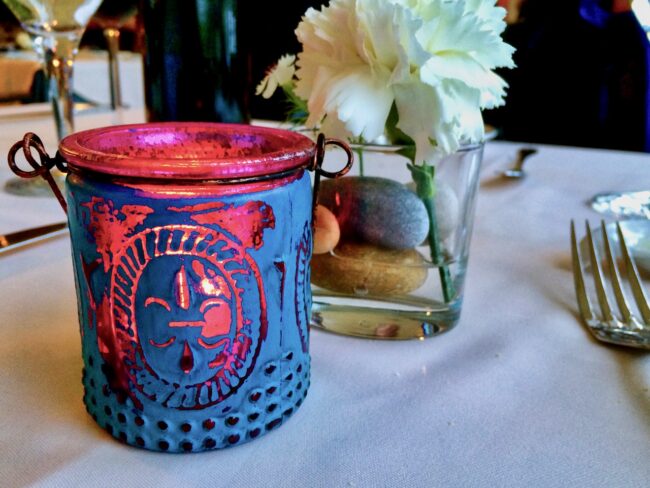 Our total dinner bill at Carmen de Aben Humeya (including vino) was €144. 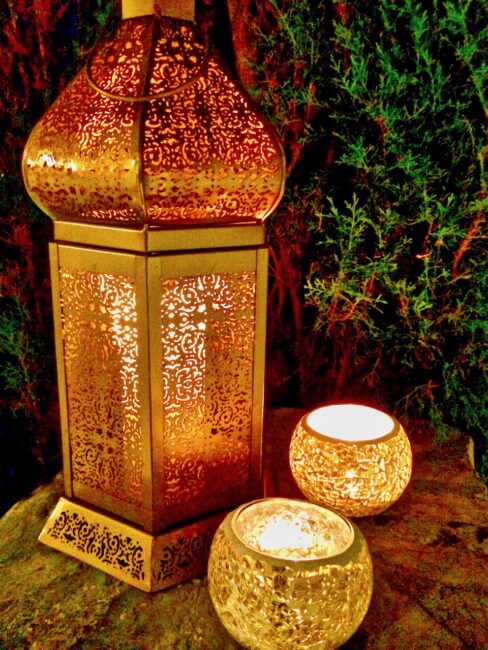 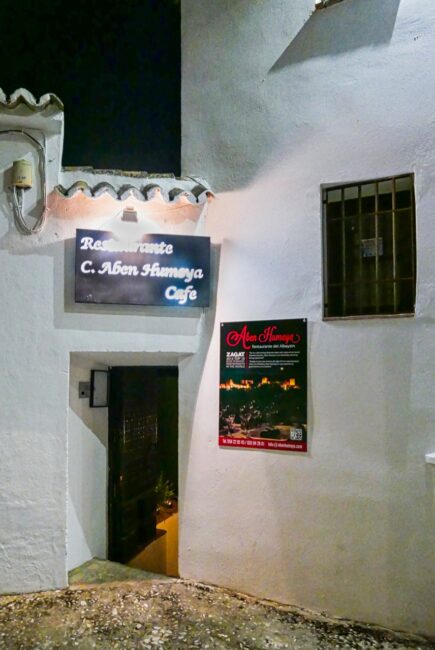 That’s so much cheaper than what a meal like this would cost in Los Angeles.  “Spain, I love you!!” 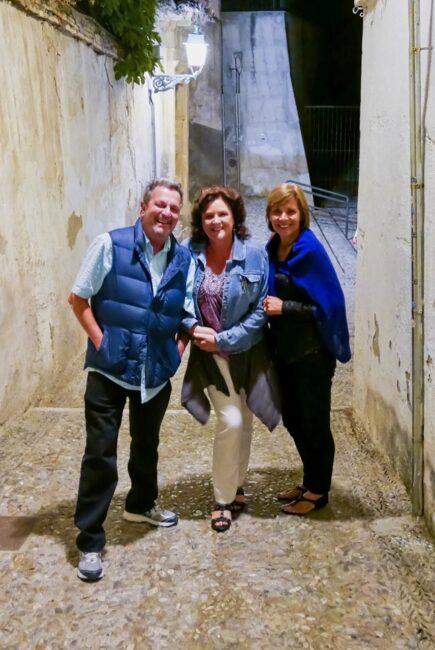 Just a tad bit stuffed, we rolled ourselves back down the hill and packed our gear.

The restaurant still garners rave reviews (mostly) in 2020. It still ranks as one of our best dining experiences on all our European adventures.