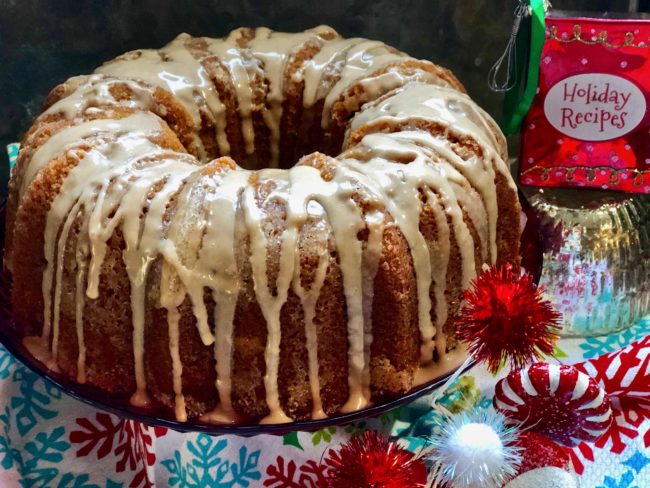 When I was growing up, my Nana made cinnamon rolls every year for breakfast on Christmas morning.  They were terrific.  I asked about the recipe once, and she replied, “Sissy, that is what they make bakeries for!”  At this point, I had shown no interest in baking, so I’m not sure if she thought it would be beyond my skill set or if she was just tired of getting up before the crack of dawn to make cinnamon rolls.

Because Tom and I host Christmas Eve dinner, we have always left the Christmas day festivities to his sister.   Tom’s sister, Deanna, passed away earlier this year leaving a large void, not only in our hearts but also on Christmas Day.  We need a new tradition. 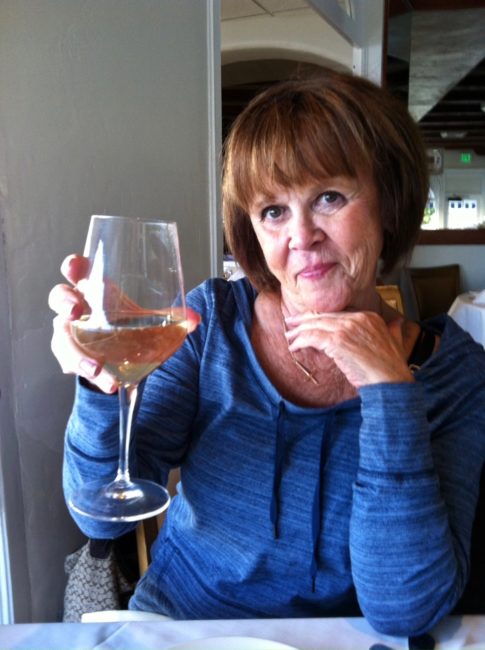 When I saw Bake from Scratch’s One Layer Cakes issue recently, the Cinnamon Sugar Doughnut Bundt Cake was calling my name.  Not exactly homemade cinnamon rolls, but definitely something that would be perfect for Christmas breakfast and I am pretty sure Santa would love a slice too! 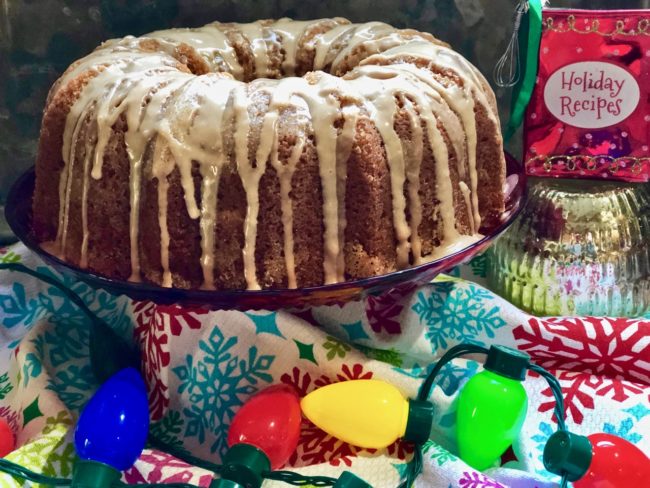 The first time I made this cake, I was disappointed.  Not with the flavor which was great, but with the appearance.  The recipe called for brushing the glaze on rather than drizzling and then sprinkling it with a cinnamon sugar mixture which did nothing to improve the look or, frankly, the flavor.  Check out the photo (below) which was from the first time I made the cake, maybe I am just particular 🙂 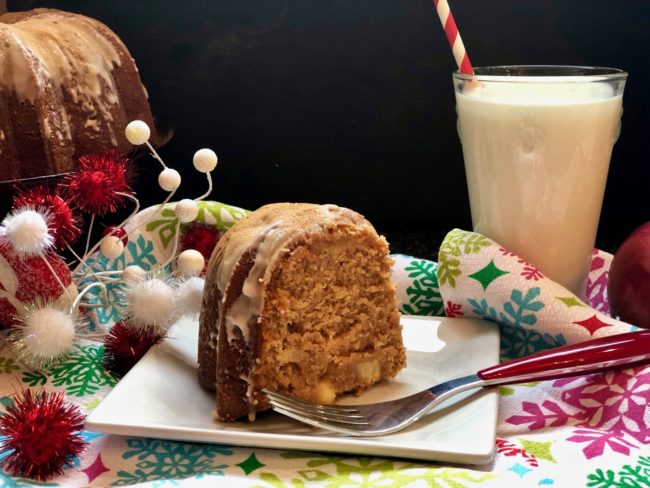 Drizzling is the way to go.  Rather than using water for the glaze, I added some of the reduced apple cider and mixed the cinnamon directly into the glaze which worked much better.  To add a little more crunch to the outside of the cake, I buttered the pan and sprinkled it with sugar rather than flour.

I doubled the cinnamon in the recipe.  I can never understand the miserly amounts of cinnamon most recipes call for.  I love cinnamon, and one of my favorites is from Penzys Spices.  They actually have several varieties (Ceylon, Korintje (Indonesian), China and Vietnamese), but I like their Penzys Cinnamon, which is a blend of all four cinnamons.  Spicy!

The recipe calls for a McIntosh apple, which is a tart red apple.  The reduced apple cider is a brilliant idea and really boosts the apple flavor making this similar to an apple cider doughnut.  Add a generous drizzling of the apple cider cinnamon glaze, heaven!

OMG the cinnamon apple scent wafting through the house while this is baking is amazing.  Apple cider, apples, cinnamon, and sugar … oh yeah, this cake is perfection and maybe a new holiday tradition in our family or yours.  Ho, ho, ho! 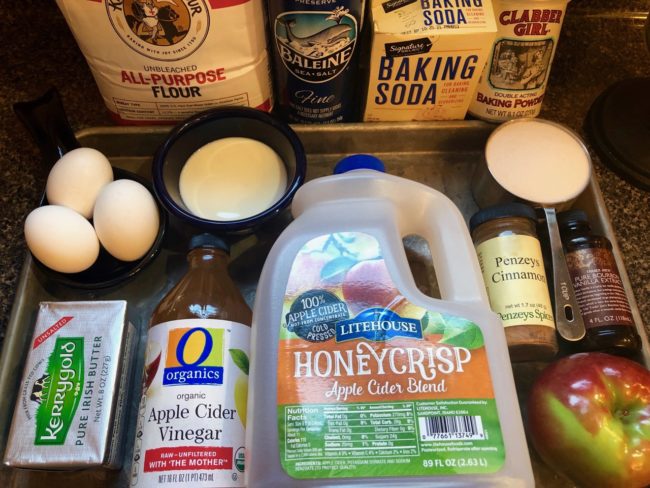 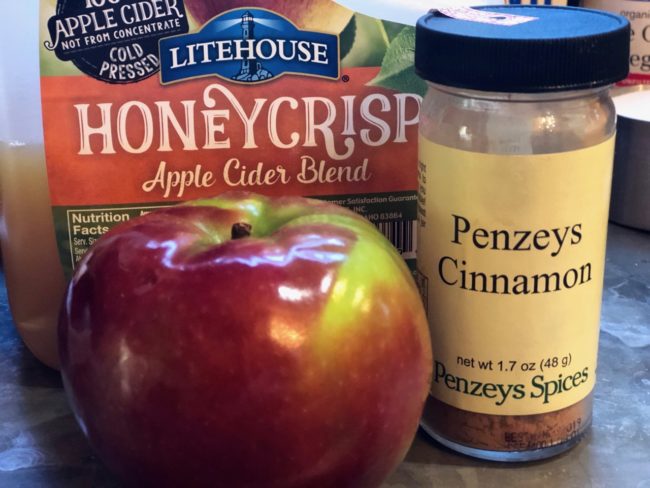 In a large saucepan, bring the cider to a boil over medium-high heat.  Boil until the cider is syrupy and reduced to 1 3/4 cups, about 1 ½ hours, frequently stirring during the last 30 minutes.  Remove from heat and let cool completely.  This can be made ahead and refrigerated.  Bring to room temperature before using.

Preheat oven to 325°F.  Melt 2 tablespoons butter.  With a pastry brush, brush a 10-cup Bundt pan with the melted butter to get all the nooks and crannies.  Sprinkle the pan with 2 tablespoons sugar and shake to liberally coat the sides.  Pour out any excess that doesn’t stick. 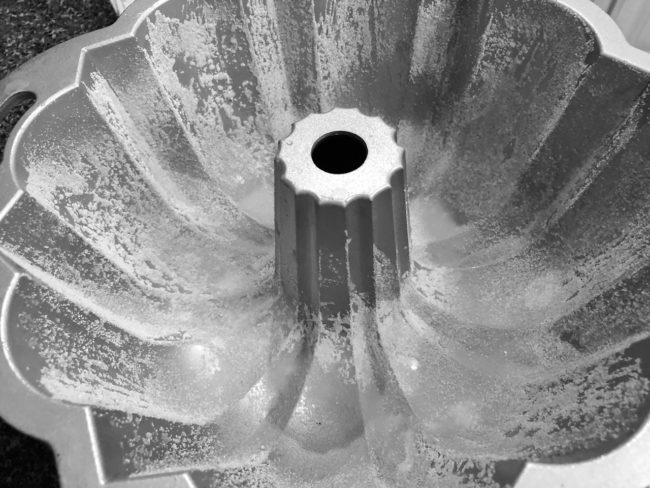 In a large bowl, beat butter and sugar at medium speed until creamy, 3 to 4 minutes, scraping down sides of the bowl.  Add eggs, one at a time, beating well after each addition.  Stir in vanilla.  (I used a hand mixer but a stand mixer fitted with the paddle attachment probably is easier…. Maybe Santa will bring me one for Christmas!)

In a medium bowl, whisk the dry ingredients (flour, cinnamon, salt, baking powder, and baking soda) together.  In a 2-cup measuring cup, stir together 1½ cups of the cooled, reduced cider (save the rest for the glaze), milk and vinegar.

Bake until wooden pick inserted near the center comes out with a few moist crumbs, about 1 hour.  Cool in the pan on a wire rack for 10 minutes.  Carefully invert and remove from pan and let cool on wire rack about 30 minutes. 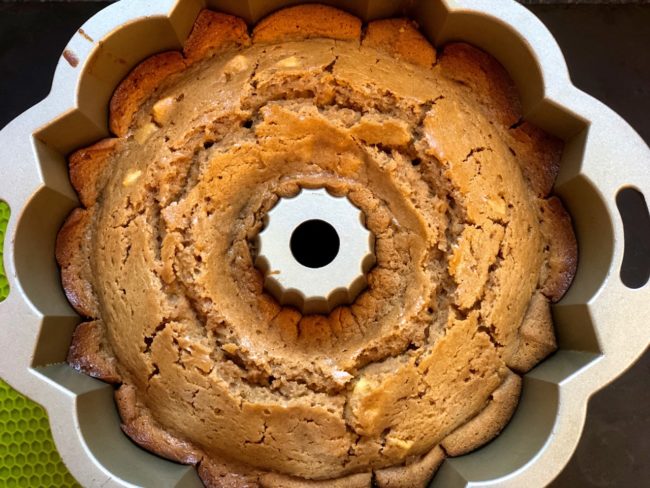 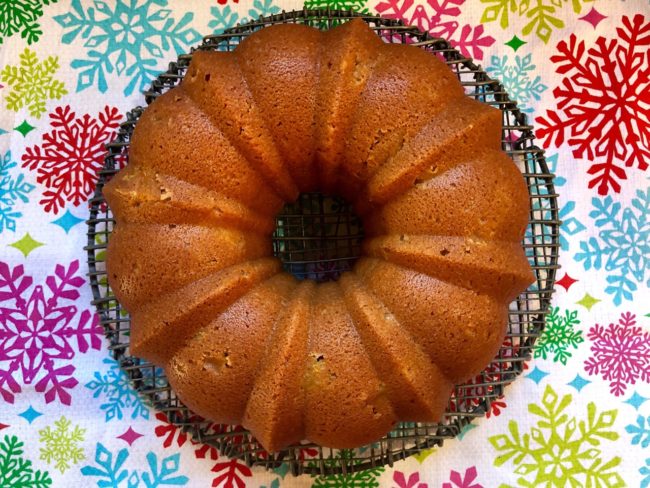 Make the glaze:  In a small bowl, whisk the powdered sugar and 2 tablespoons of the reserved, reduced cider together until smooth.  Add more cider by the teaspoon if necessary to get the desired consistency.  Stir in 3/4 teaspoon cinnamon.  Drizzle the cake with this mixture.  Serve warm or at room temperature. 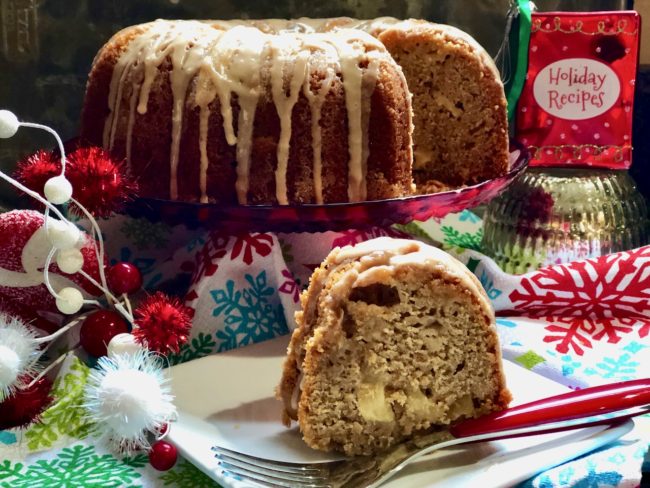 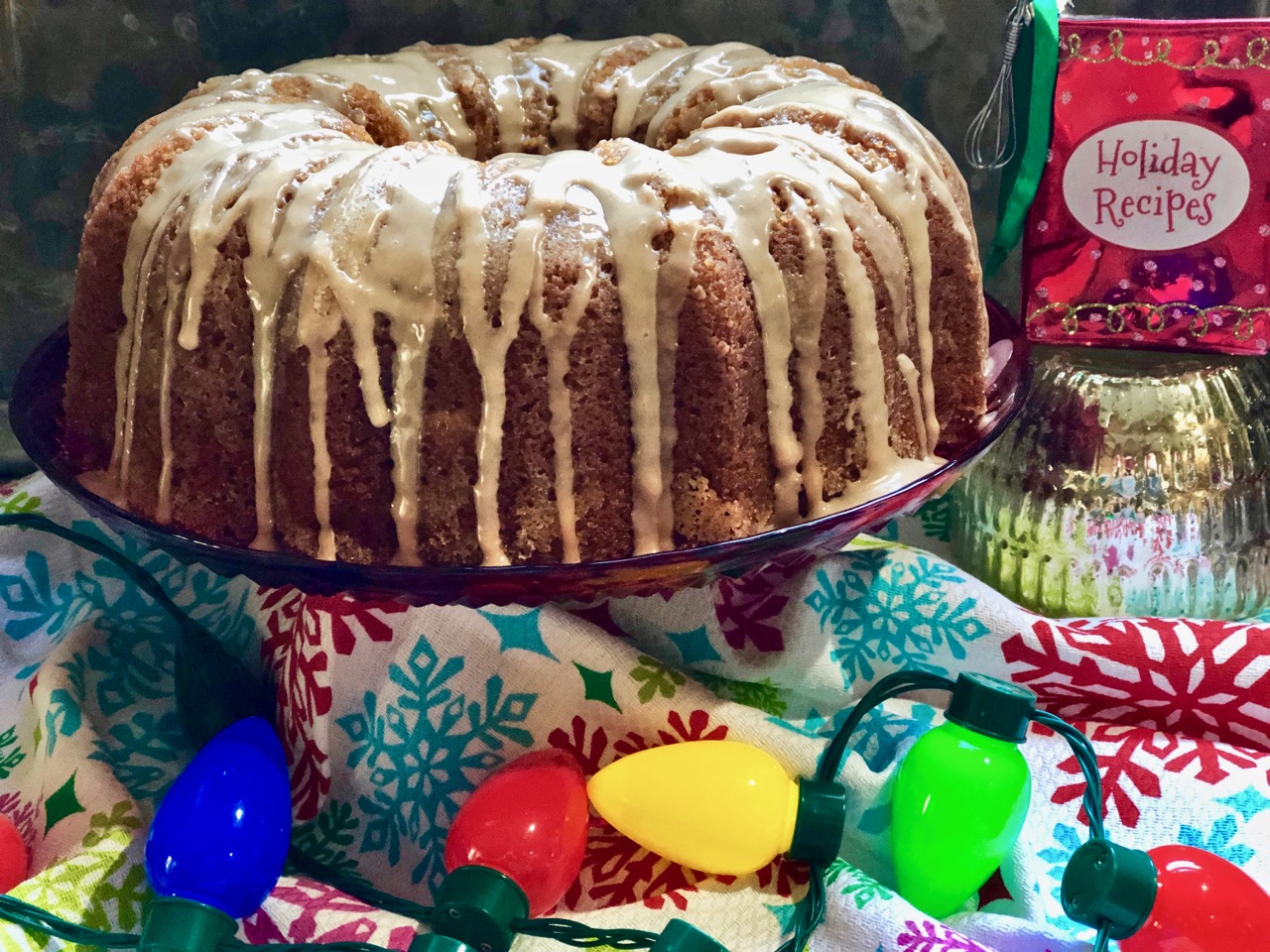