Don’t Cry For Me Argentina! 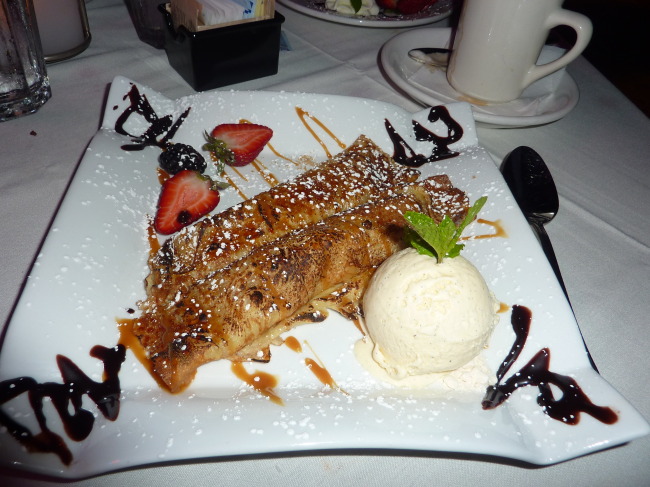 It had been awhile since our friends Bob and Melinda had come up to the Pasadena area for dinner, and because it was a warm evening, we decided to go the al fresco route at Malbec. 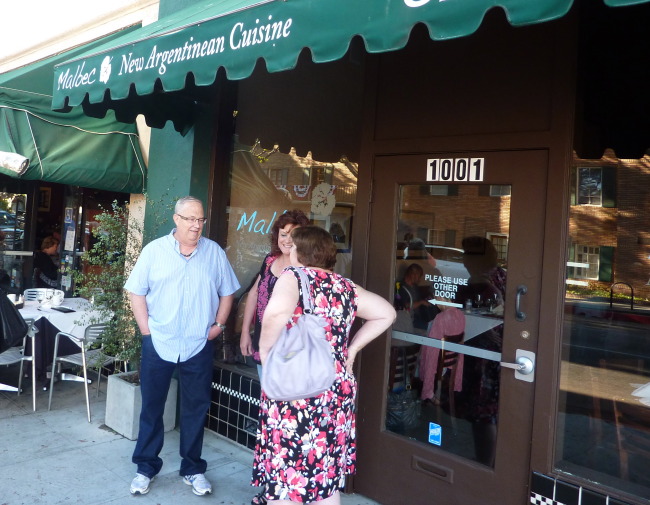 Upon arriving, we were seated at a table in front of the restaurant that opens out to Green Street. It was only 6:30, but the place was packed and it stayed that way until we departed more than two hours later. Malbec’s menu describes its dishes as “New Argentinean Cuisine,” and the choices were many as we perused the menu. Appetizers, entrees and desserts all looked great (oh my, the dessert…wait I digress) 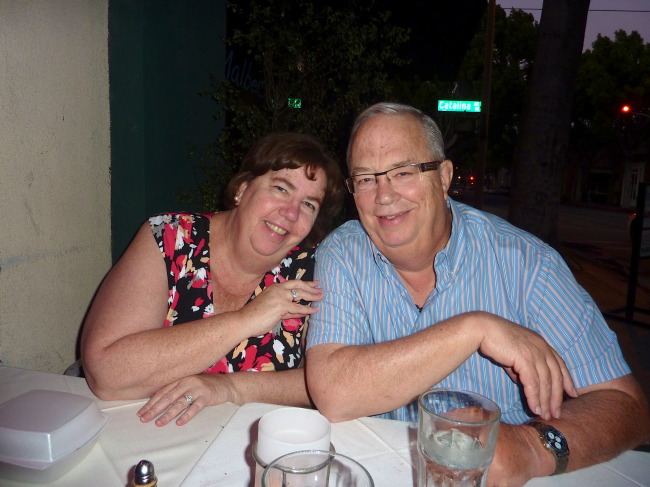 Our waiter (the affable, attentive and professional Walter), introduced himself and led us to some specials, each one sounding better than the previous dish. Decisions! Decisions!

Although Chorizo is something I usually reserve for a breakfast dish, the Pintxo Criollo, Chorizo & morcilla skewer with white bean salad and salsa criolla for $8.95 called my name. I’m glad it called, because it was delicious. 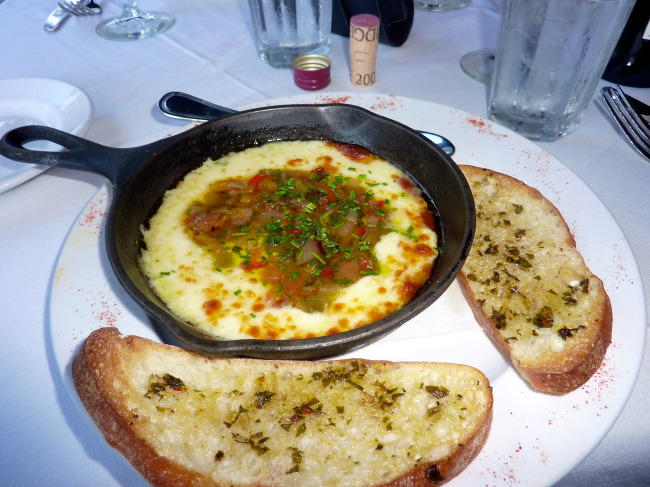 For the same $8.95 price, Bob decided to get cheesy and order Provoleta a la Criolla, (melted provolone cheese in an iron skillet, roasted peppers, shallots, tomato and toasted bread). It almost made us want to get up and do a flamenco, but we didn’t want the other patrons to lose their appetite. 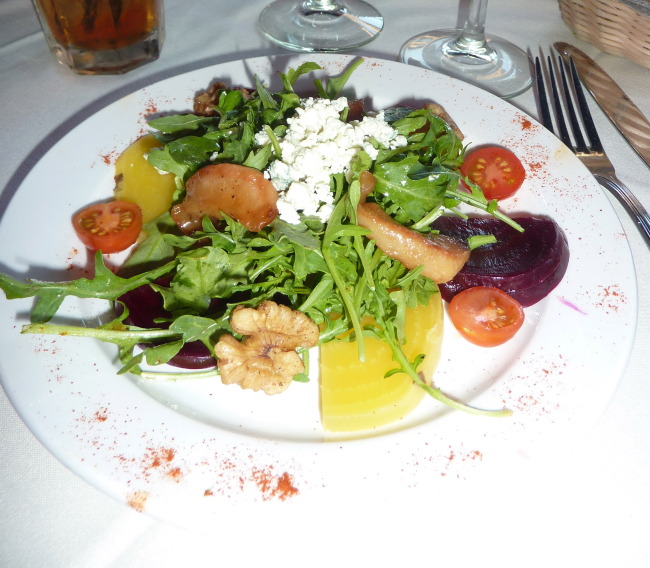 Nothing beats a Beet Salad for Tracy, so she opted for the Ensalada de Remolacha, Golden & red beets, roasted pears, toasted walnuts, baby wild arugula, blue cheese and red wine vinaigrette ($8.95…seems to be a trend). 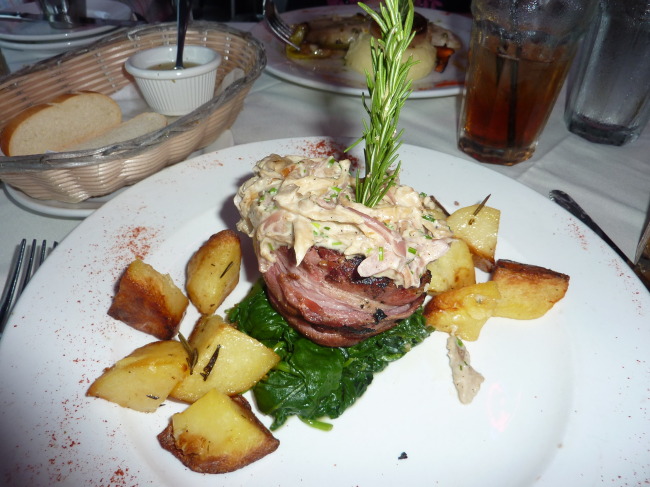 Melinda had the special Lamb Empanadas, two homemade turnover pies with mushroom, basil and, of course, filled with lamb. No need to tell you the price. 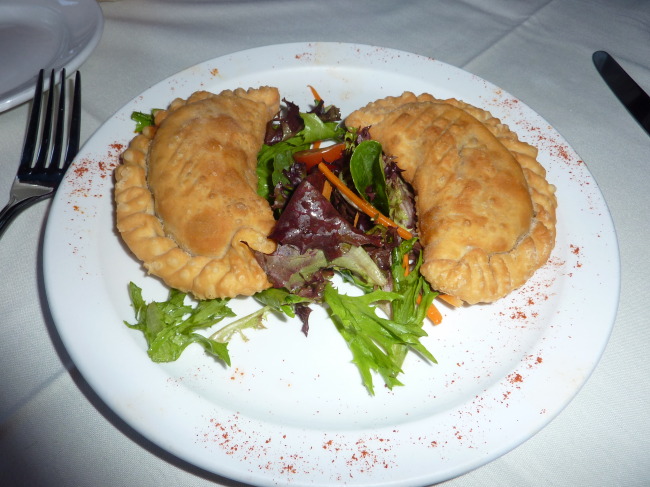 By now, we were on our second bottle of wine that we brought (corkage $20), and since Bob and I have known each other more than 50 years, we can get a little crazy.  Walter joined in the banter, and we were so impressed with his service we asked how long he had been here. “This is my second night,” he deadpanned, although it turned out he was not lying.  I think Walter will be naming his own job in the not-too-distant future. 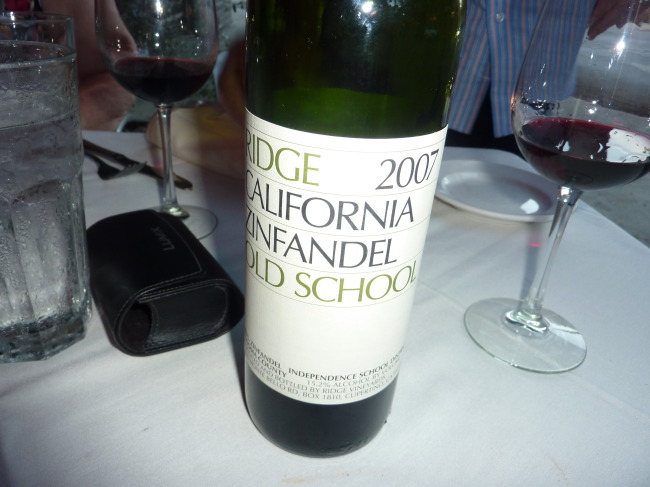 As for the main course, every dish was good. Melinda and I had a special steak dish with grilled veggies ($30.95). The flavors melded perfectly and it was cooked a perfect medium-rare. 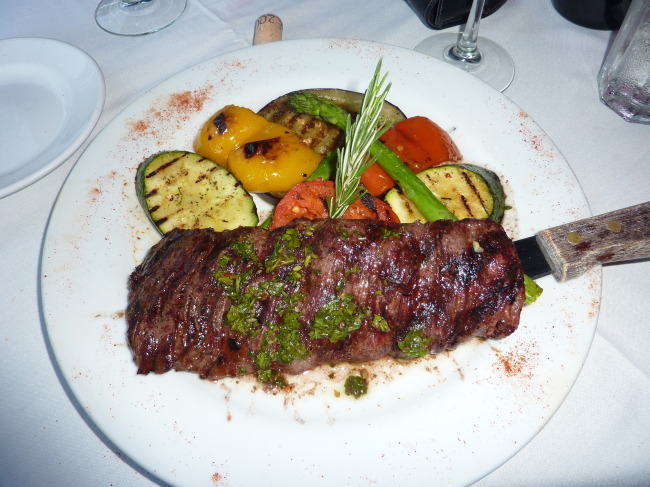 Bob decided to go for the Entrana al Chimichurri, a Skirt steak with chimichurri sauce and grilled vegetables ($21.95). Since it was pretty well devoured before I could ask him for a bite, the consensus was it tasted pretty darned good. 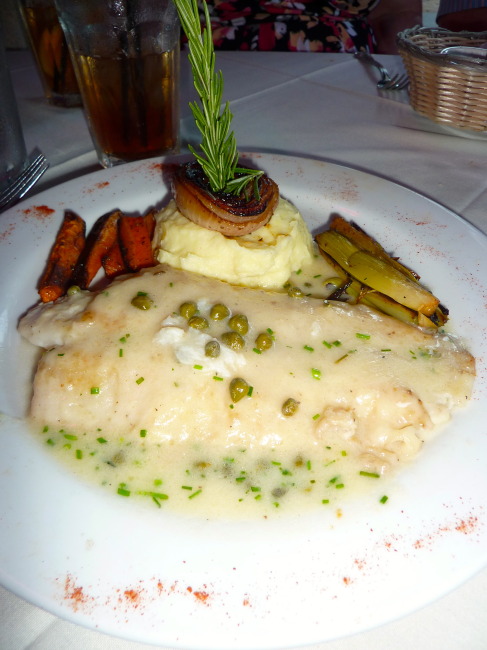 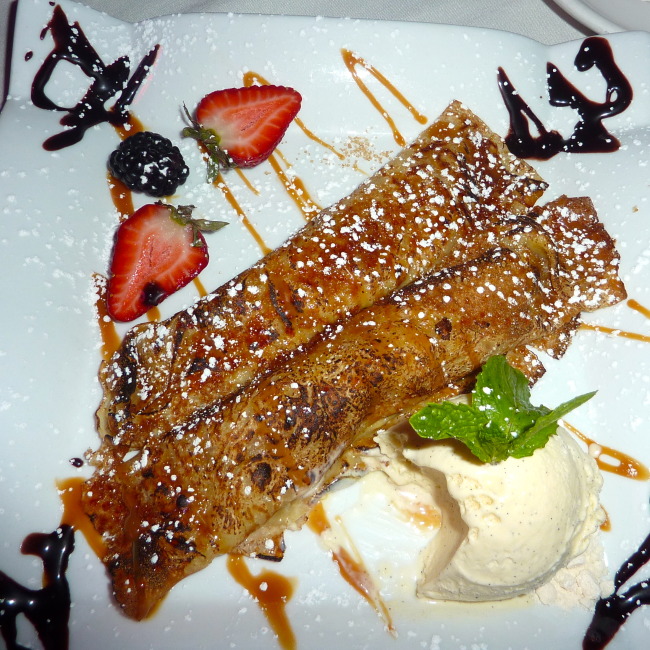 Now it was time to share a couple of desserts, and they were both so good Tracy and I have decided that we might just go here some night for dessert. I had an incredible Panqueques de Manzana, Crepes filled with caramelized apples and pastry cream topped with vanilla ice cream and dulce de leche sauce ($7.95). I love all things apples, but this exceeded my expectations for taste. Wow! 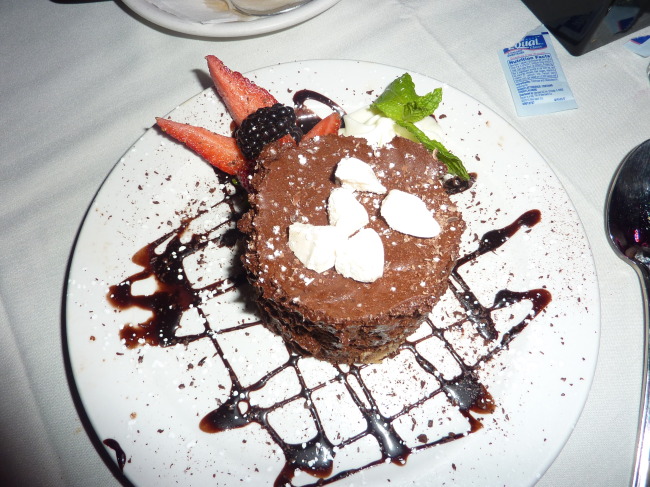 As good as my dessert was, Bob’s was even more spectacular.  At first sound, I thought this was going to just be a regular Mousse de Chocolate. Wrong, Bullwinkle breath! This Mousse de Chocolate, smooth chocolate mousse made with imported dark chocolate, sponge cake with meringue pieces and berries ($7.95) was killer!  Topped off by a couple of cappuccinos ($3.50), the meal came to about $125 per couple (but Walter got a better than average tip for his great service).

Malbec has always been good, but on this night it was excellent. It will not be long before we return, if not for dinner, at least for a quick dessert.