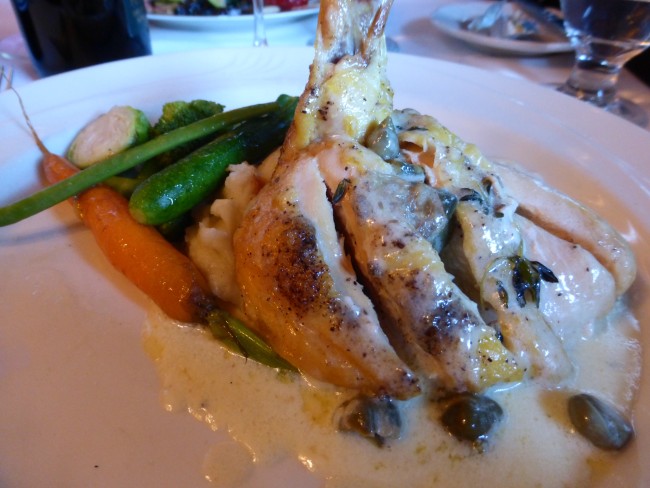 It seems hard to believe, but it’s already been nearly 14 years since Café Verde in Pasadena opened its doors. 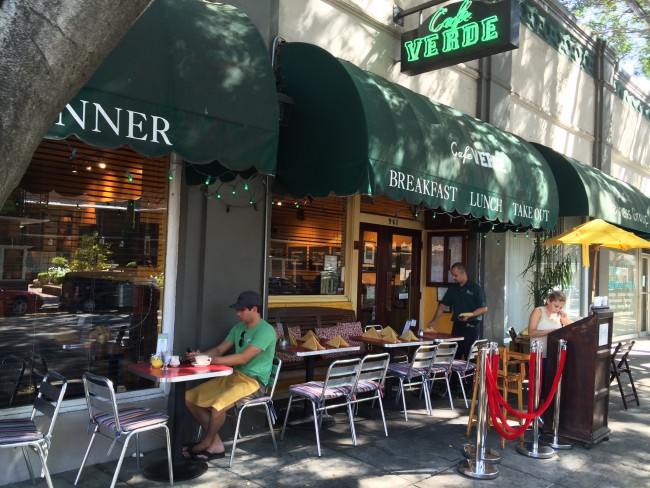 We dined here a few times in its infancy (when there were only enough tables to serve about 20 people in its small dining room and about ten more at outside sidewalk tables). The food was always good, but for some reason, we just sort of forgot about this place.

Fast forward to August of 2015, and we were going to a play (A Night With Janis Joplin…a terrific musical by the way) at the Pasadena Playhouse with our friends, Kim and Mary (yes, we see them in the United States, too). Looking at restaurants within walking distance of the Playhouse, Tracy said, “Hey, Café Verde is only about a ten-minute walk…let’s try them for dinner again.”  It turned out to be a very good call.

Café Verde is the brainchild of owners Cecilio Murillo and David Kirchen, each of whom had been in the restaurant business before opening this establishment (they both worked at El Coyoté Cafe in Hollywood and Parkway Grill in Pasadena).  The combination of these forces, as it turns out, has paid off in huge dividends.

We entered the original dining room (that also has a small bar). Obviously business has been good for these past 14 years, because they were just putting the finishing touches on an expansion that increases occupancy to 94 people (that area has since opened). 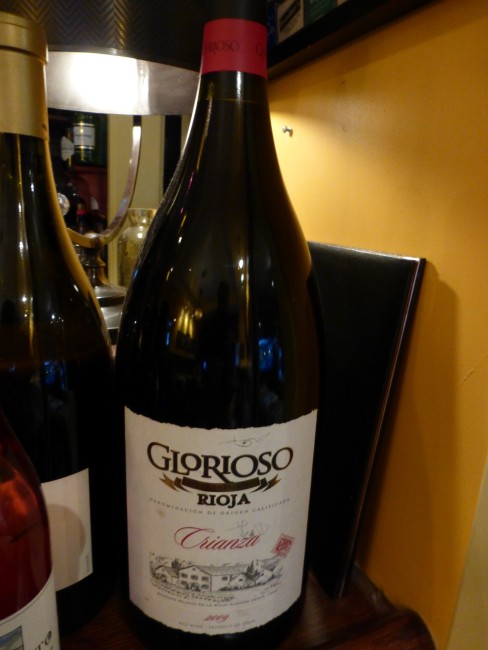 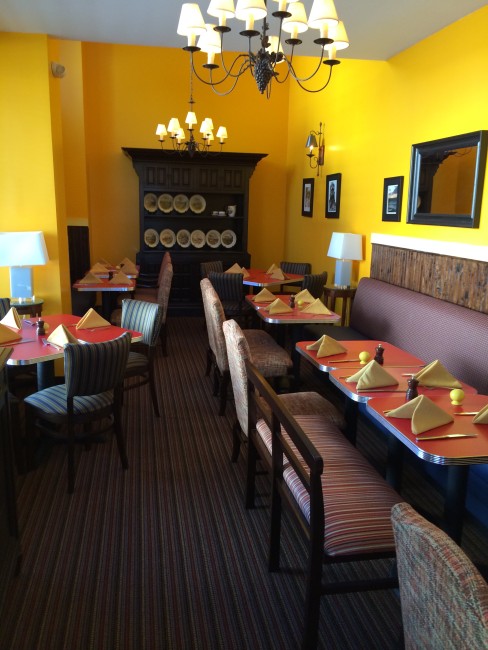 Beginning with a basket of warm rosemary bread, we were quickly on our way to a very good dinner. 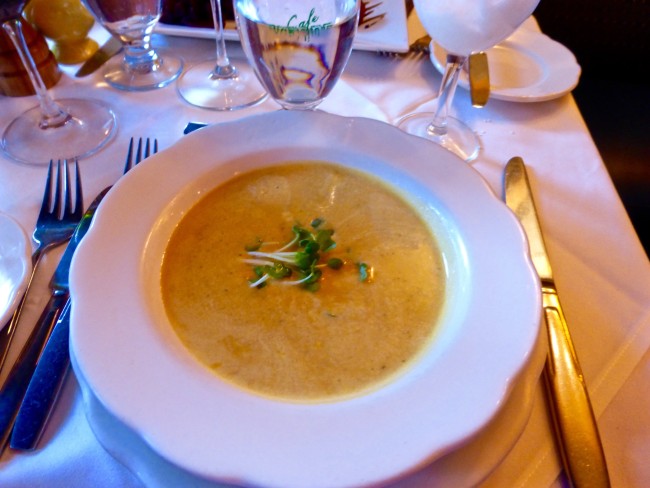 I started with the special butternut squash soup containing just a hint of cream. It was perfect. 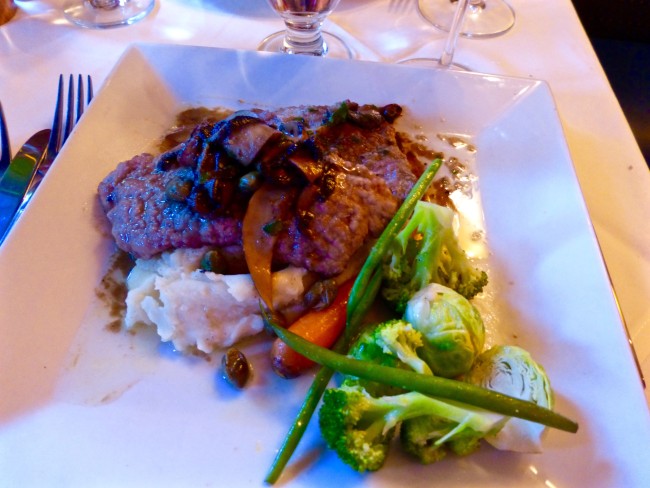 I followed that up with another special; veal scaloppini with mashed potatoes.  It’s a dish that can be great, but some restaurants overcook the veal with terrible consequences. Café Verde’s veal scaloppini could not have been better. 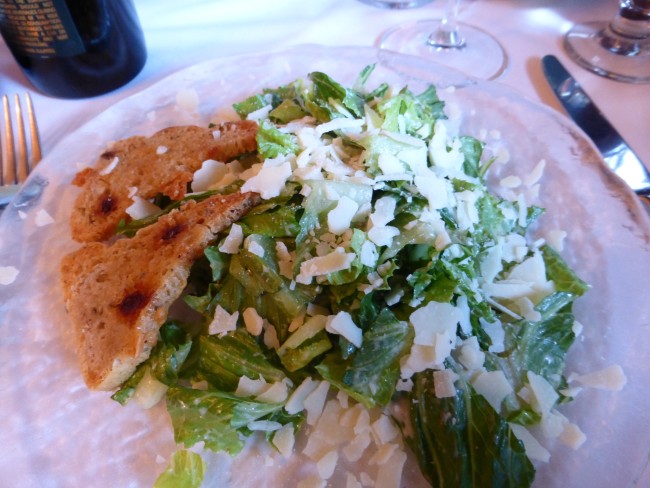 Kim, who never met a Caesar Salad he didn’t order, started with…Caesar Salad ($7.25). We would have been quite disappointed had he strayed from his beloved Caesar.

For his main dish, Kim ordered the Airline Chicken Breast served with mashed potatoes and apricot chutney. We joked that it would be served in a small plastic dish with plastic utensils, but as Mary explained, Airline Chicken means it is a chicken breast with the wing attached (who knew?).   Kim said the light creamy white wine, lemon butter & caper sauce was excellent and he would try to perfect a similar recipe at home ($20.95). High praise from a man who knows many great chicken recipes.

Mary started with a delicious beet salad with crunchy fried goat cheese rounds in a sherry vinaigrette ($8.25) while Tracy began with a warm spinach salad tower with roasted corn, bell pepper, zucchini and avocado in a balsamic vinaigrette ($8.25) 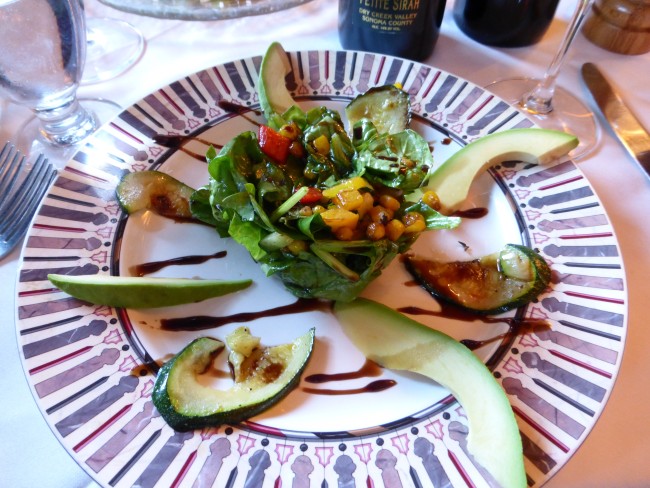 Tracy & Mary shared the Steak Café Verde, which is a 12 oz. New York steak in a basil chipotle sauce. The dish was plated separately and served with grilled vegetables ($28.95). There is a split order fee of $5.00. 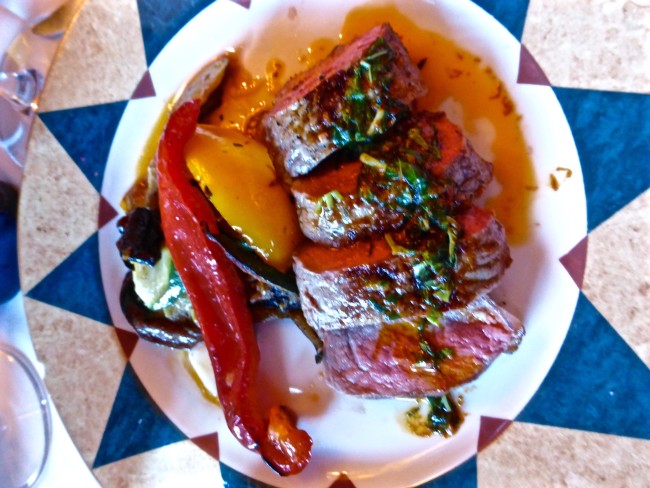 We brought our wine, and the restaurant has a very fair $10 corkage fee (it has to be a wine that’s not on its list). The only minor setback was the Ramos Fizz I ordered…too much fizz…but I compare all Ramos Fizz cocktails with the one at the Buena Vista in San Francisco, which makes the best I’ve ever tasted.

Dinner was fantastic…so much so that Tracy and I decided to come back and try their breakfast/brunch on a Sunday just a few weeks later. 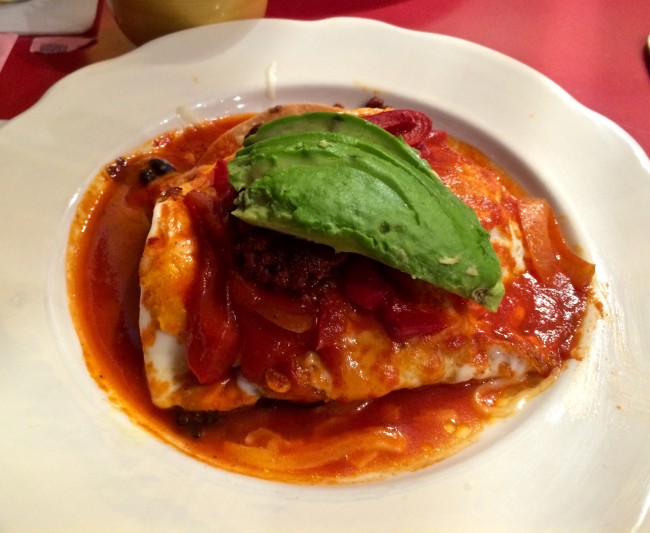 My Huevos Rancheros; two eggs on a crispy corn tortilla with black beans, pico de gallo, avocado and chorizo ($11.95) wowed me (it’s two bucks less without the chorizo, which was well worth the cost addition). Tracy thought the chilaquiles were good, but not memorable. 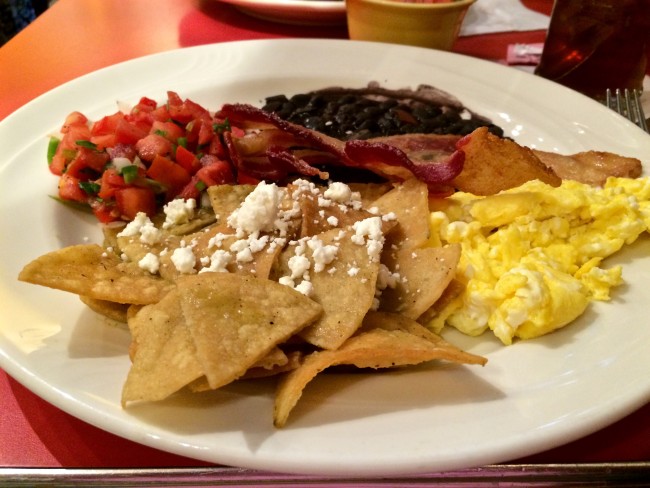 However, the giant home-made sticky bun we ordered was memorable. 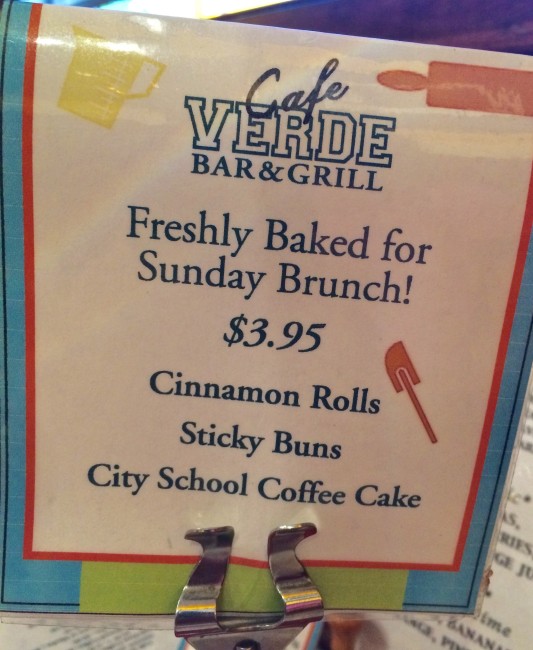 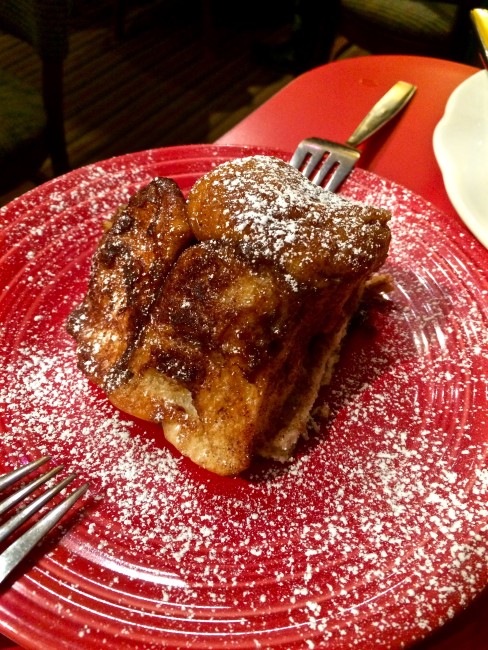 I might just go down there before Thanksgiving and pick up a dozen for football watching…so much for Jenny Craig that week. 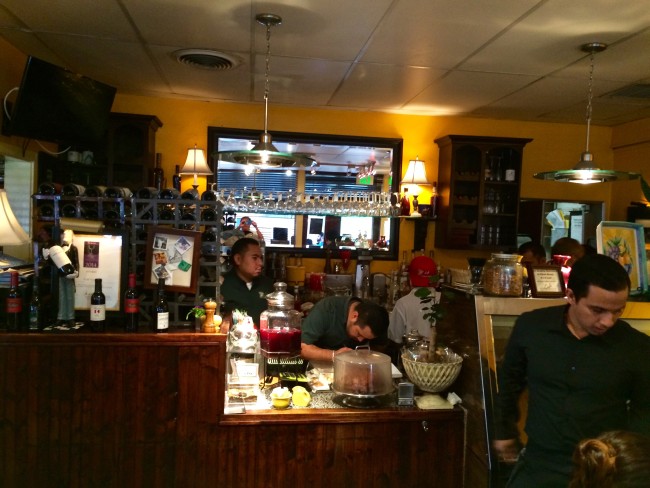 I doubt we’ll wait another 14 years to visit Café Verde. 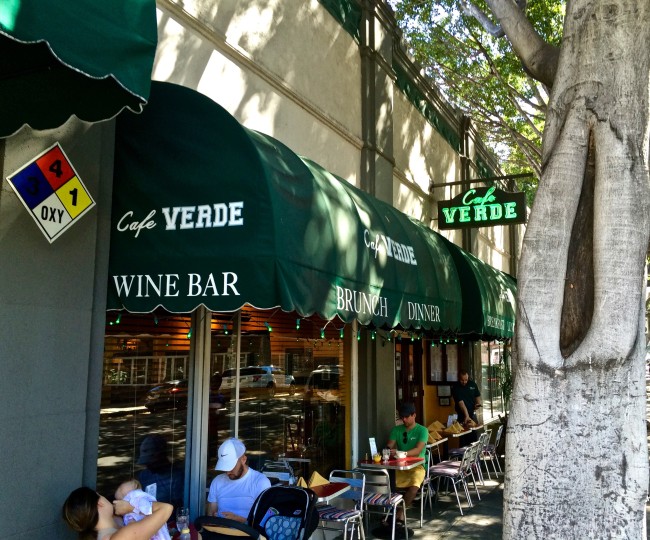 This place is a winner, and if you come to Pasadena, be sure to check out this hidden little (well, not so little anymore) gem on Green Street.