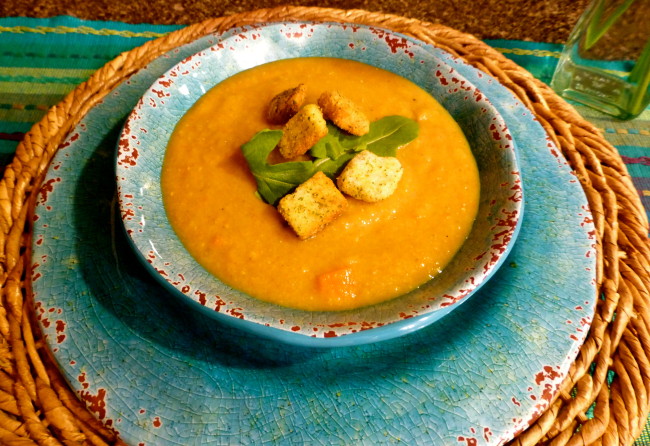 A couple of years ago Tracy and I traveled to Bath in jolly old England.  Located in that famous town (which I highly recommend you visit) is a famed tea and eating house by the name of Sally Lunn’s.  According to its website:  “Our kitchen museum is believed to originally have been the bakery of the young Huguenot baker (today our namesake patron) who created the first Bath bun: a regional specialty now known the world over.”   It would have been a nice place to stop in. 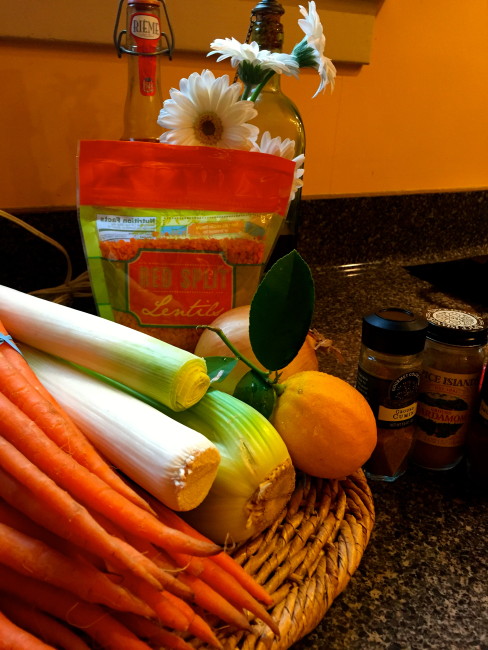 One problem: I had never heard of Sally Lunn’s before we left, so it was never on our radar.  Fortunately, Tracy found a soup recipe (that appeared in an edition of the L.A. Times) that originated from this venerable old spot and decided to make it the other night.  If the rest of Sally’s stuff is as good as this soup, we might have to venture back.  Tracy made a couple of slight alterations, otherwise, it’s just like Sally used to make (or at least the bakery), although Tracy’s might have a little more of a “kick” thanks to our love of everything spicy. 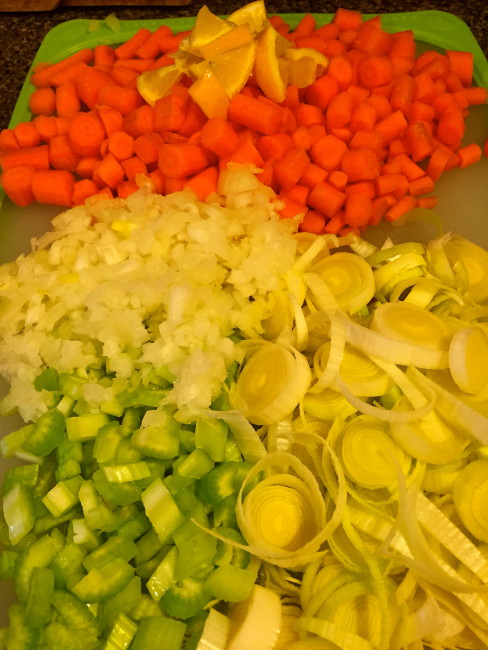 Note re: the spices: Tracy used twice the amount recommended of the cumin and cayenne pepper because we like those spices.  Also, we did not have garam masala, so Tracy substituted curry powder, which added to the flavor in our opinion. 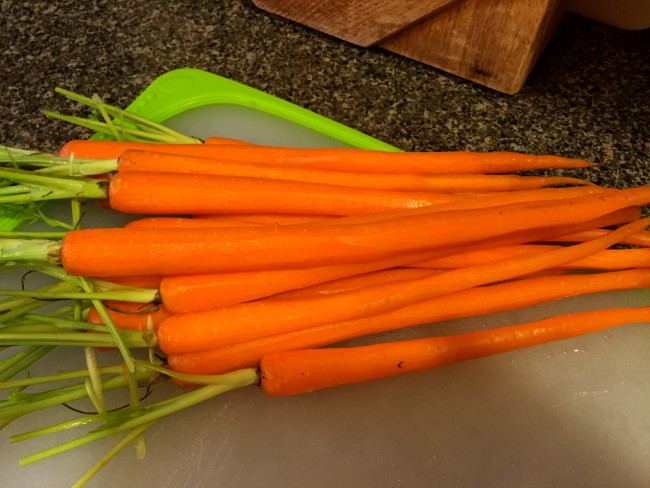 Thought regarding the carrots: Tracy read in an Ina Garten (The Barefoot Contessa) cookbook that carrots with the tops on are sweeter.  The carrots she used for this recipe came from the local farmers’ market, and we have to say were fresher and more delicious than the ones we usually pick up at the grocery store. 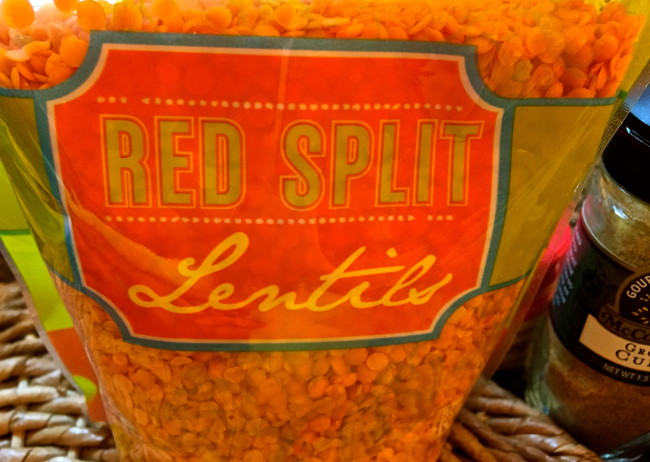 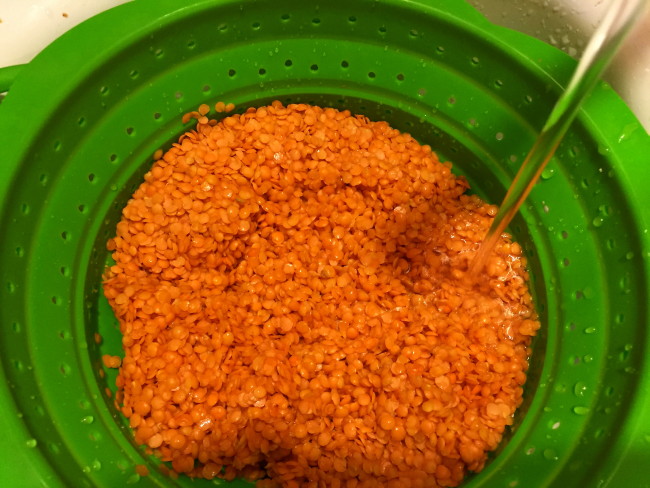 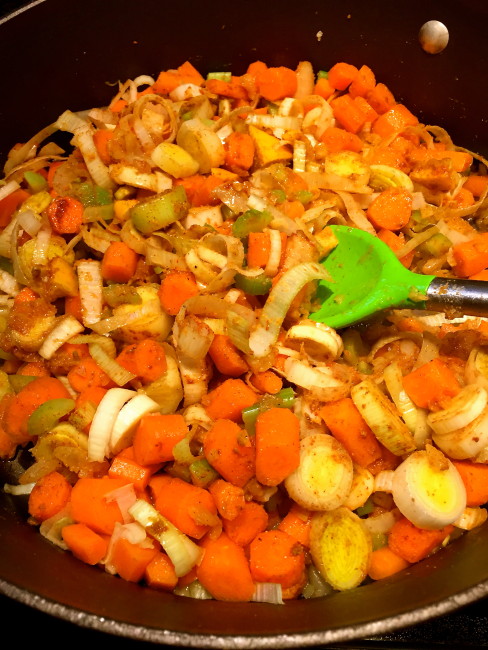 In a medium, heavy-bottomed pot, heat the olive oil over medium-high heat. Stir in the carrots, celery, onion, leeks, lemon, and garlic along with all the spices except the salt and pepper. Cook, frequently stirring, until the vegetables are softened and the spices are aromatic, 6 to 8 minutes. 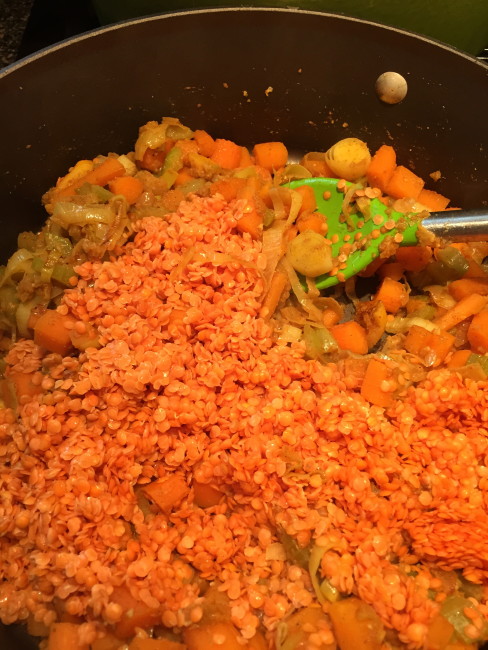 Stir in the lentils and broth. Bring to a boil over high heat. Reduce the heat to a gentle simmer, loosely covered and cook until the vegetables and lentils are tender, about 20 minutes. 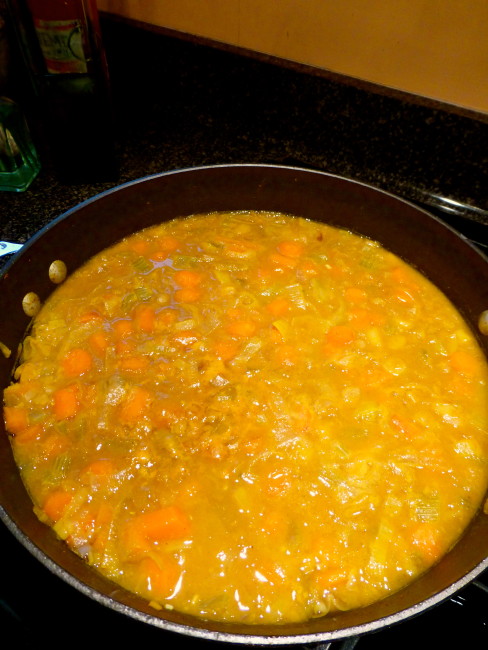 Remove from heat. Puree the soup. Season with salt and pepper and additional seasonings if needed.

We garnished with croutons and arugula. 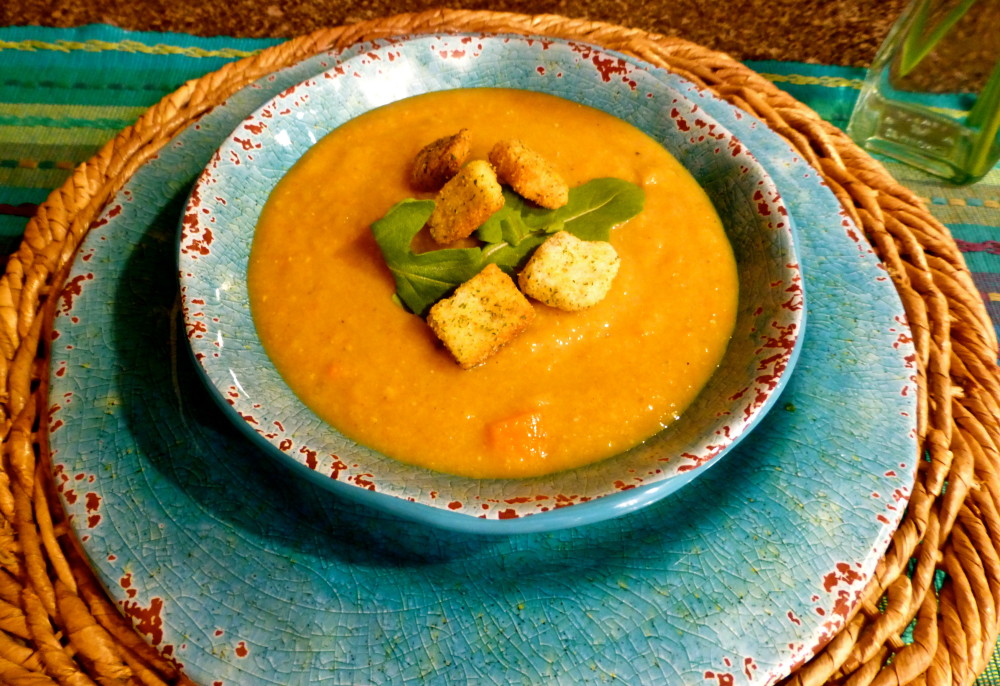